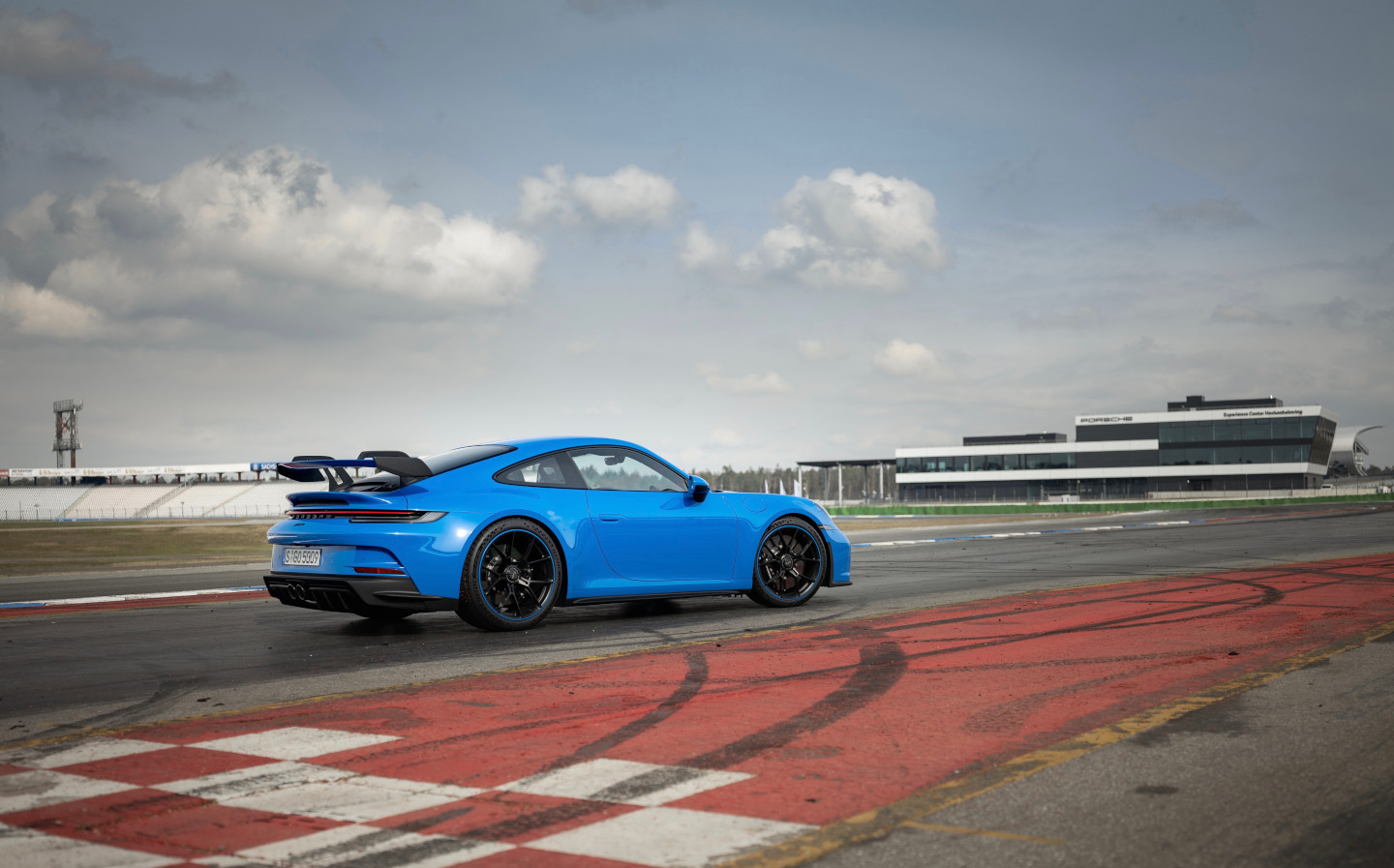 PORSCHE has always had a reputation for building some of the most reliable sports cars and the new 911 GT3 is likely to bolster the brand’s rep after being driving at 186mph for more than 3,000 miles, stopping only to refuel, as part of its brutal testing programme.

Of course, unless you’re planning on spending a large chunk of time storming up and down an unrestricted section of the Autobahn, this is likely to be a feat that is unrepeated once deliveries of the car begin in May (apart from, perhaps, by professional endurance racers).

However, Porsche decided to make sure its 503bhp race car for the road is as durable as possible, covering 3,100 miles at the Nardò Ring in the Southern Italian region of Apulia, which was acquired by Porsche in 2012 as a testing facility.

The 14-mile track is a continuous circle without any corners, allowing high-speeds to be maintained for extended periods of time. It has previously been used for development of the Taycan and vehicles made by other car makers, including the Bugatti Veyron. 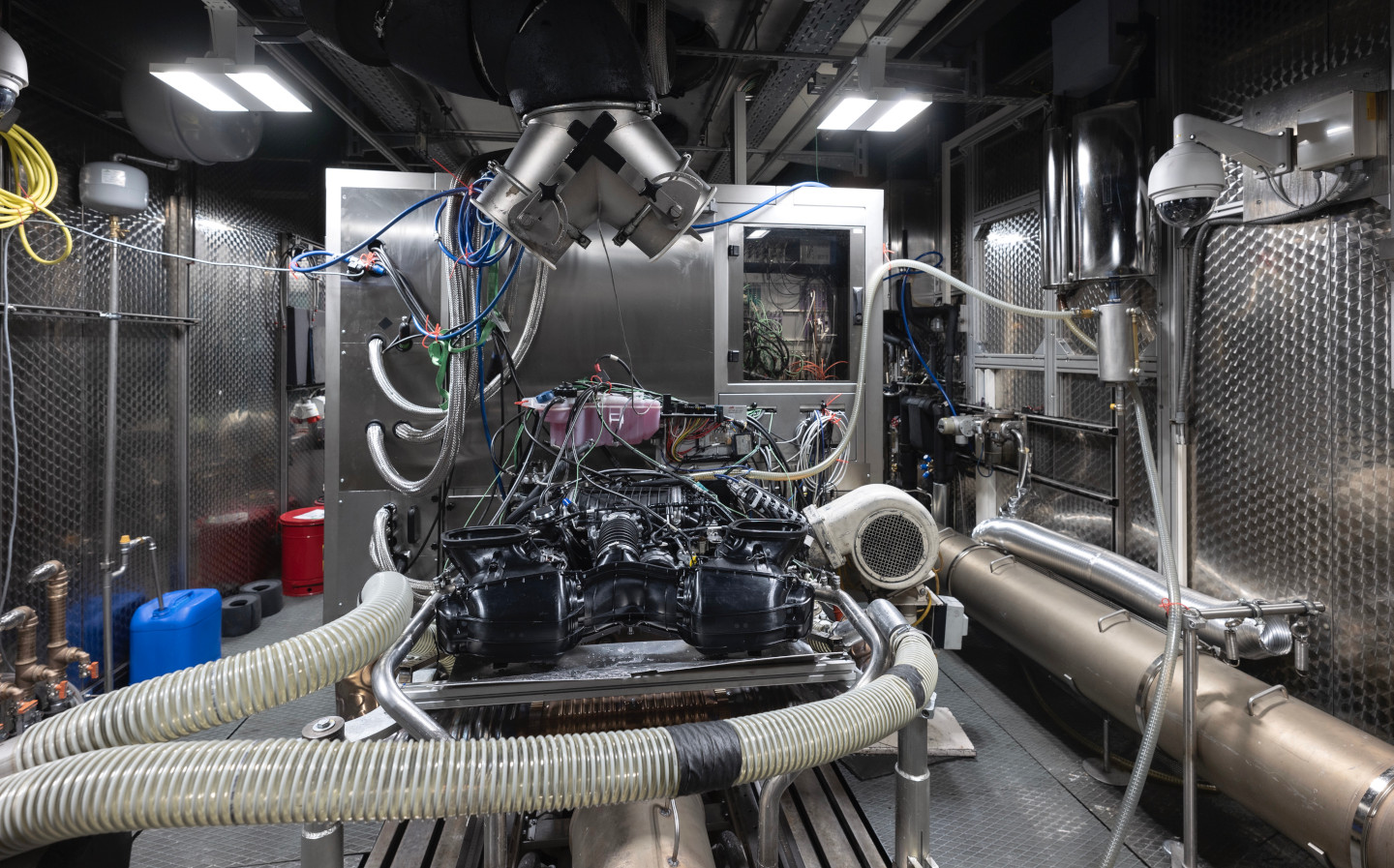 The engine in question is a 4.0-litre, naturally aspirated six-cylinder boxer engine, which has been revamped from its time in the 991 generation GT3 to produce 10 extra horsepower and eight pound feet of torque, bumping figures up to 503bhp and 347lb ft respectively.

It is based heavily on the GT3 R racing car’s motor, with only the exhaust system and engine control unit (ECU) differing between the two.

The track is not the only place the new GT3 has been put through its paces. Thomas Mader, Porsche’s project manager of GT road car engines, said: “In total, the engine in the new GT3 ran for more than 22,000 hours on the test rig. During testing, we repeatedly simulated typical circuit profiles and ran the engine at full throttle for a very high proportion of the time.” 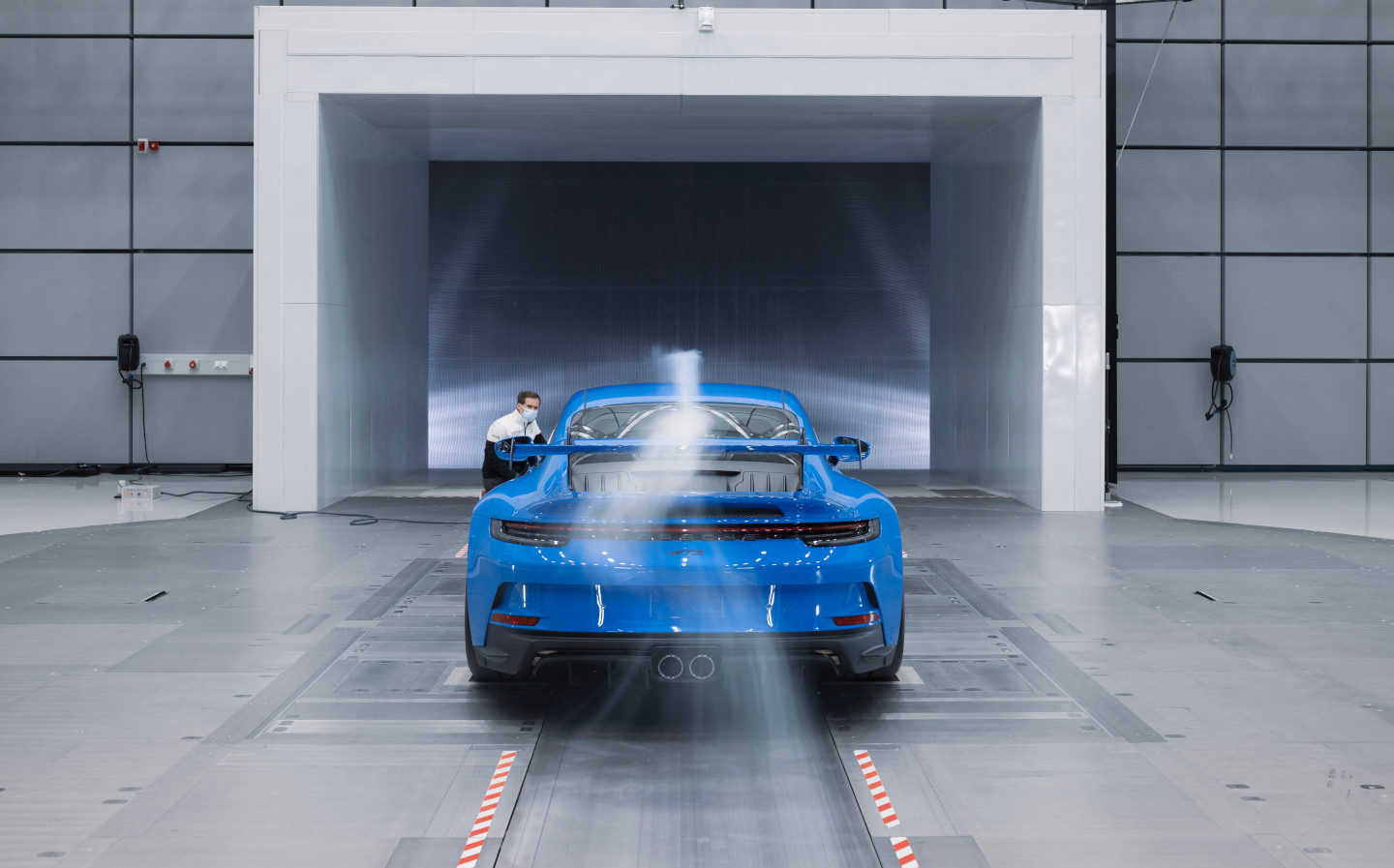 The new GT3 has also spent more than 120 hours (nearly a full week) being tested in a wind tunnel, with specific focus being put on its new rear wing, which can be set to one of four different positions to affect levels of down force.

In the ex-works setting the updated car creates 50% more downforce than its predecessor, a number that triples to 150% if the setting with maximum down force is chosen.