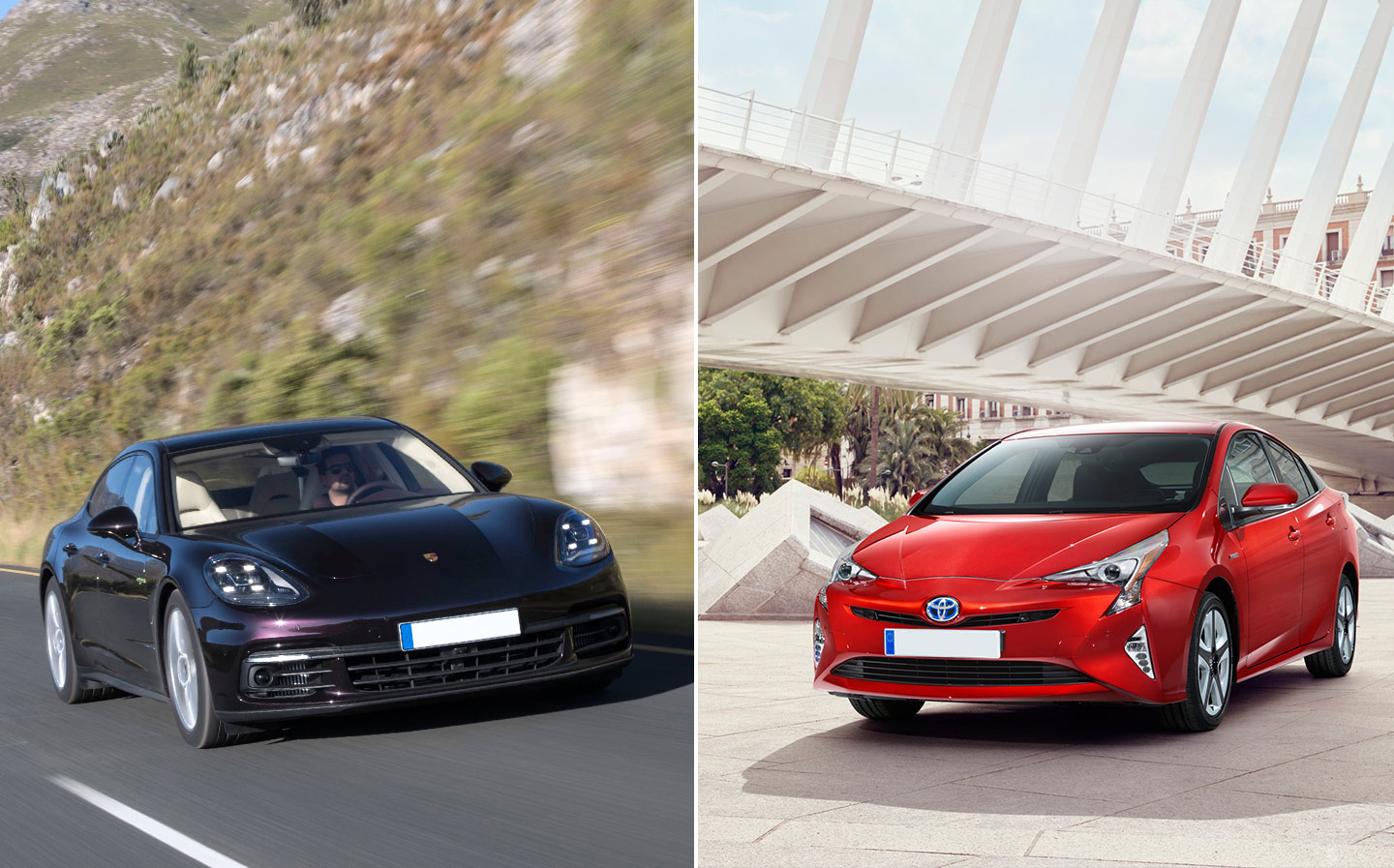 IN AN age of “fake news” this one might seem a bit suspicious: a BBC report on the case of a Porsche sports car driver who’s paying the same in road tax as the driver of a Toyota Prius hybrid. But it’s not fake news and the culprit isn’t Vladimir Putin — it’s George Osborne, the former Chancellor of the Exchequer.

In his 2015 Budget, Osborne announced a radical shake-up of road tax that would see all new cars registered from April 1, 2017 eligible for tax unless they were classed as genuinely zero emission (pure-electric or hydrogen cars). Before that point, some hybrids and even some small diesel cars were exempt from road tax, but as engines became more efficient, the government was seeing its tax haul shrink, prompting the change.

The new rules mean that in the first year of a car’s life, all non-zero emission cars pay a rate that is linked to its carbon dioxide emissions, with bands ranging from £10 (low CO2) to £2,000 (high CO2). So, other than including a lot more of the lower-polluting cars, it’s fairly similar to the old system for the first 12 months of a car’s life.

The problem comes from the second year.

From year two, every diesel and petrol car pays a standard £140 a year. This is regardless of how much CO2 it pumps out.

The deal for efficient hybrids is slightly better, but barely: these “alternatively-fuelled” vehicles get a £10 discount, so it’s ‘just’ £130 from the second year. That includes plug-in hybrids, which produce even less CO2: a Golf GTE is rated at 40g/km.

Clearly this makes no sense at all if the government really does want people to drive cleaner cars, which is possibly why the facelifted Mustang GT, which arrives in showrooms this summer, costs from £41,095. It suggests even Ford thought it was silly.

Experts at the time of Osborne’s 2015 Budget weren’t blind to concerns over the VED change. The Society of Motor Manufacturers and Traders, which represents car companies, said it was concerned because it removed some of the incentive to buy more efficient cars.

In our own analysis at the time, we worked out that a Mercedes S 300 hybrid, which emits just 120g/km of CO2, cost owners £100 in tax over six years if bought before the change but £2,410 over the same period if registered after April 2017.

The case of “the Porsche and the Prius”

So what about the BBC’s Porsche and Prius drivers? Correspondent Roger Harrabin wrote:

Well, it depends on the Porsche and the Prius, what year the car was registered and on which year following registration you’re talking about.

Let’s look at the first year of ownership. The Prius range emits between 70g/km and 82g/km, depending on the specification, and you’d think no Porsche could match that until you factor in the plug-in hybrids the German car maker produces; you can get a Cayenne SUV with Co2 emissions of 75g/km or a Panamera rated at just 56g/km.

That means in the first year both the Panamera and cleanest Prius would cost you £15 to tax. In fact, the 82g/km Prius is in the band above and so would set you back a whopping £90, making the Porsche cheaper than the Toyota.

First tax payment when you register the vehicle

What about from the second year, though? Well, both the hybrid Panamera and Prius are alternatively fuelled so they both have a base tax of £130, which is madness in itself; as mentioned above, that is a big disincentive to buy a one-year-old Prius over a more polluting car of the same age.

But it’s worth noting that no Porsche currently on sale costs less than £40,000, meaning they all attract the £310 per annum surplus for the second to the sixth year of registration. That takes the overall tax for the £81,000 Panamera to £440. All non-hybrid Porsches would cost £450, making a mockery of low-emission cars once again… we’ll have a 911 GT3, thank you very much.

But clearly, a Prius is cheaper to run than a Porsche for years two to six.

After that, though, the £310 surcharge is lifted and the Porsches all cost either £140 or £130 per year. For this reason we should expect huge demand for the most powerful used cars on our roads from around six years after the new tax regime came into force.