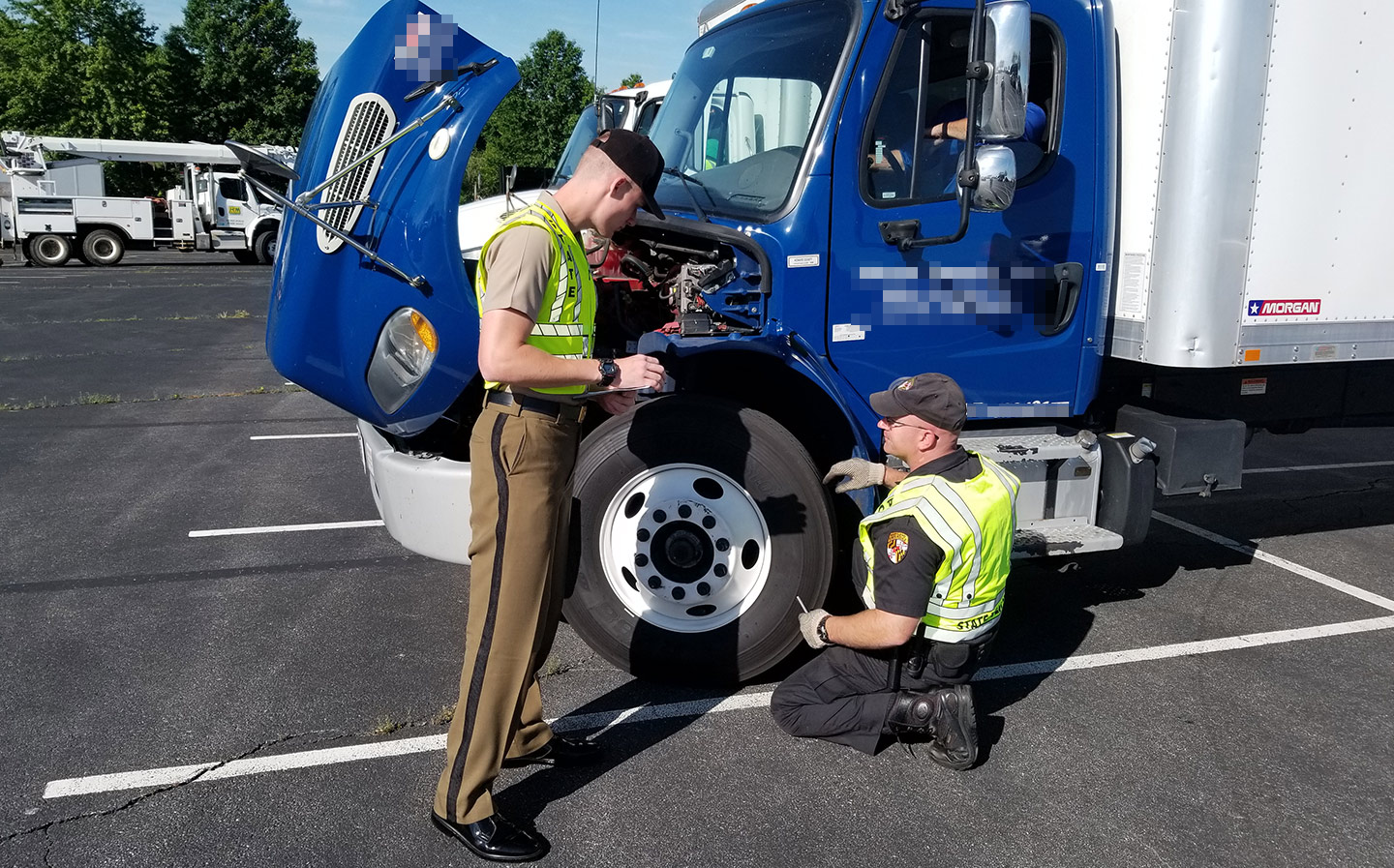 MORE THAN 100 lorries were taken out of service in a single day by Maryland State Police, in an effort to remove unsafe and unfit commercial vehicles from the roads.

The police pulled over around 500 commercial vehicles for safety inspections on Tuesday, directing them into the car park at FedExField, the home of the Washington Redskins American Football team.

Inspectors from eight different law enforcement agencies in addition to the Maryland State Police Commercial Vehicle Enforcement Division then conducted a variety of safety and equipment inspections, as well as size and weight checks, as part of the State Police force’s largest such operation of the year.

Nearly a quarter (24%) of the inspected trucks were deemed unfit for the road “for a variety of critical safety violations,” according to Maryland Police. CDL Life reported that an additional 81 traffic citations and 191 warnings were issued to the drivers of the offending vehicles.

The major inspection event coincided with the first day of the Commercial Vehicle Safety Alliance (CVSA) International Roadcheck initiative, which started on Tuesday and ends today.

In the UK, lorries and buses (including coaches) must be tested for roadworthiness each year with the first test taking place 12 months after the vehicle was first registered.

In February, the Department for Transport announced that it will consult on legislation to make it illegal for HGVs to run with a tyre aged 10 years or over. It follows the ‘Tyred’ campaign, led by Frances Molloy, whose 18-year-old son Michael was among three people killed in a coach crash on the A3 in 2012, which was caused by the failure of a 19-year-old tyre on the front axle.