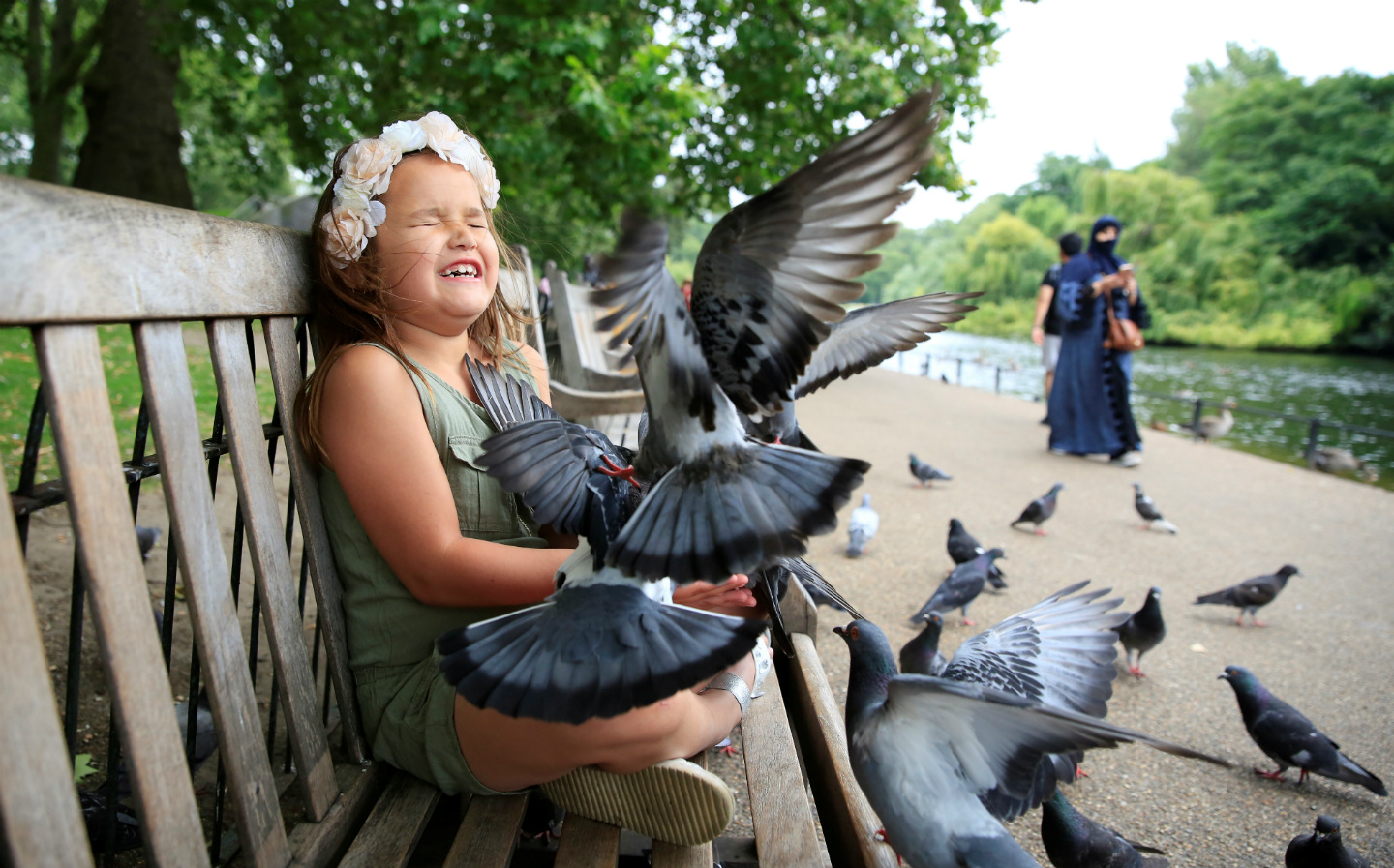 THEY HAVE been maligned as “rats of the sky”, a filthy menace blighting our cities and spoiling the paintwork of countless cars. Could it be, though, that far from spreading illness from above pigeons may save us from it?

That is the contention of scientists who believe that feral pigeons could be a frontline weapon against a genuine airborne risk: pollution.

Stored in the feathers of each pigeon is the accumulated grime of the cities we share with them. As they peck at our discarded soggy chips and splash through the puddles of our gridlocked streets, they pick up a record of the pollution to which we are also exposed.

Rebecca Calisi-Rodríguez, from the University of California, Davis, has conducted studies showing that the lead levels in pigeon feathers correspond to the lead levels in children living in the same area. They also correlate to the amount of traffic in the vicinity.

Speaking at the annual meeting of the American Association for the Advancement of Science in Austin, Texas, she said she thought that the birds were a perfect tool for sampling the polluted urban environment.

“Pigeons have existed for ages in close proximity to us, eating the same food, drinking and being exposed to the same water sources, soil, air, pollution,” she said. “They have a very small home range, spending their life within a few neighbourhood blocks. And, because they are alive, they process these chemicals in their bodies. This offers up the opportunity to not only find toxin hot spots in our environment, but to understand how these toxins affect biology.”

She is not the first to have the idea. In 2016 as part of a pollution awareness project, racing pigeons equipped with backpacks were released into the London skies to take readings across the capital. She has taken it further, though, conducting large-scale trials on pigeons in New York, looking to see how readings taken from them corresponded to the pollution affecting the humans who walked among them.

Dr Calisi-Rodríguez said that her research showed there was no need for pedigree pigeons. Instead, even the mangiest club-footed pigeon could inform us about our urban environment and its effect on us — simply by looking at the chemical signature accrued in its body.

“Birds, like us, are vertebrates. We share a lot of the same evolutionary history, and our bodies have many similarities in terms of tissue form and function. For example, like humans, pigeons lactate,” she said. She argued that this made them surprisingly good avian proxies for humans.

“What we learn in birds can have far-reaching implications,” she said.

Once, we relied on canaries in the mine. If she gets her way, this far more quotidian bird could be their modern equivalent.