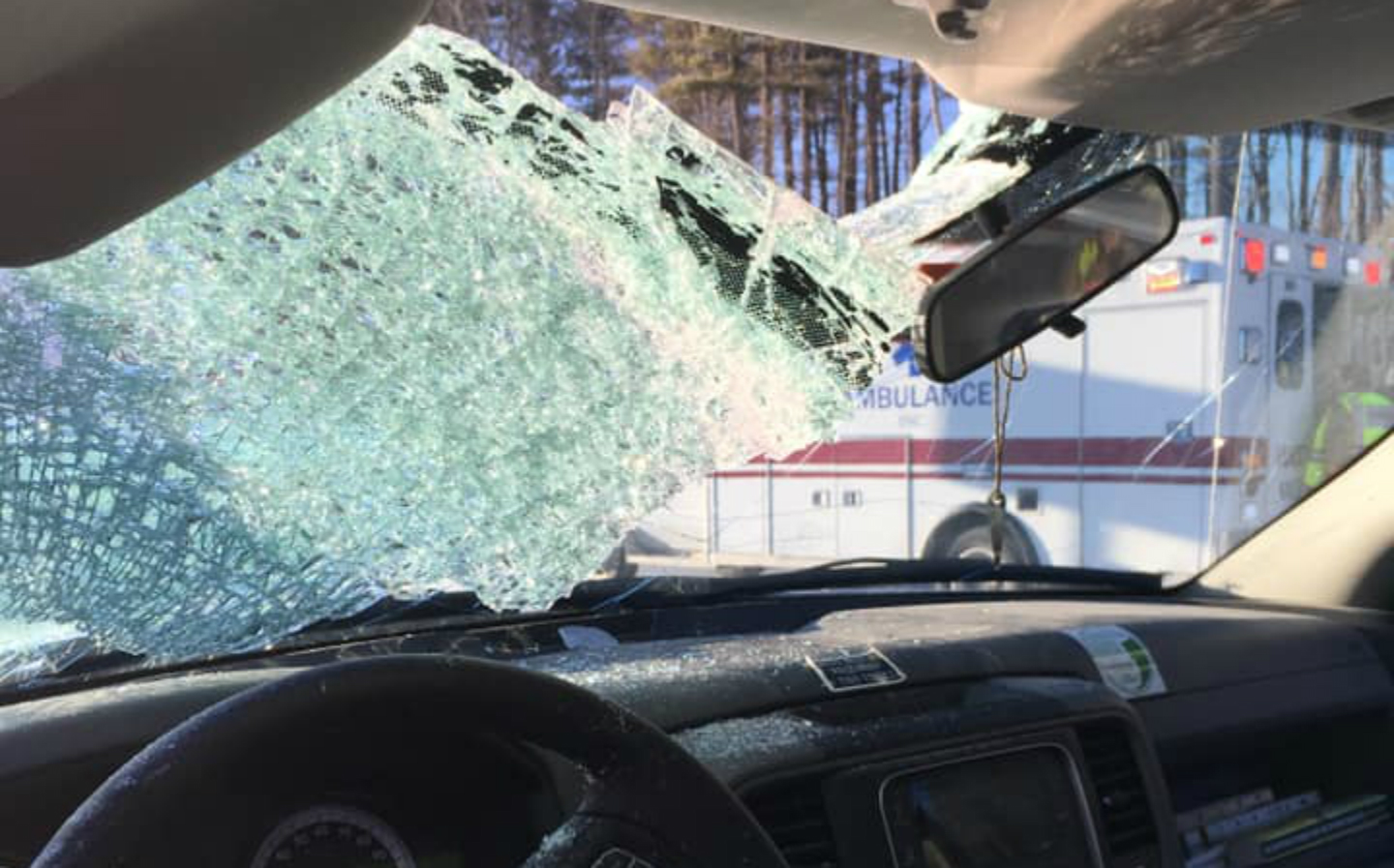 SNOWFALL IN the UK recently may have disrupted the roads, but conditions in parts of America are even more extreme, with one unlucky motorist hospitalised by ice that smashed through his windscreen.

The white Ram pick-up truck driver was travelling along Route 101 when a chunk of ice dislodged from the roof of a box truck he was following and landed on his vehicle, travelling straight through the glass.

Police officers estimate the truck was approximately five car lengths ahead of the pick-up when the block of ice struck the Ram’s windscreen.

New Hampshire Police are appealing for witnesses who can assist them in tracking down the box truck, which had continued on its way.

Motorists in New Hampshire must abide by “Jessica’s Law”, which requires them to remove all ice and snow from their vehicles before they begin their journey. The legislation is named after Jessica Smith, who was killed in a head-on collision with a lorry that had been struck by ice from the roof of another truck.

The same rule applies in the UK, with local police reminding drivers not to venture out without making sure roofs and windows are free of snow, ice and mist.

It is important before you set off to make sure your windows are clean, properly demisted and clear of all snow and ice. Also make sure that your roof is clear of snow as this affects drivers behind you and can also cause obstructions on your windscreen when braking.

The Highway Code states that before you set off: