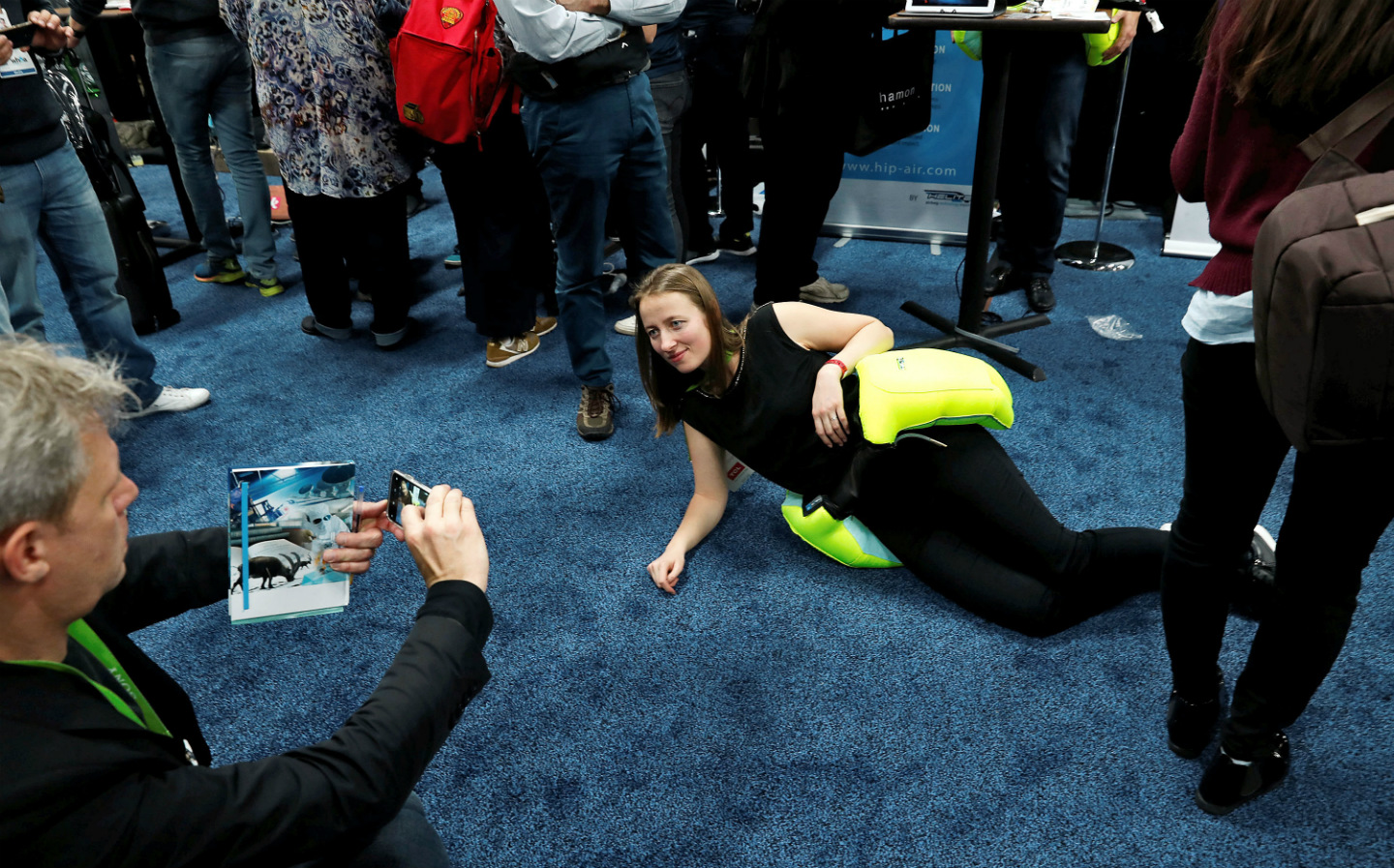 YOU ARE walking along the street minding your own business when the jacket you are wearing detects an object hurtling towards you — and in a split-second deploys a protective airbag.

This is the future of intelligent clothing, as imagined by the engineers who are revolutionising personal protection by creating airbags which we can wear.

The industry has produced huge growth in the past 10 years in airbags for motorcyclists and horse riders and which may save their lives when they fall.

But a new wave of innovation, with faster and more powerful sensors, and stronger and more lightweight materials, is bringing airbags to the market which will protect cyclists, babies in car seats, the elderly, and even drones and phones.

“People are used to seeing airbag in cars, but now we are able to integrate airbags almost everywhere, the opportunities are really important,” says Alexandre Quarrey, senior engineer at Helite, the leading personal airbag company.

“We are launching into a new market this year, airbags for seniors, and next year the cyclist airbag.

“Every week we have people asking us if it’s possible to create an airbag for a new application. Today, the problem is that we need to choose the applications we want to focus on, we do not have the time to develop all of them. It means the nomad airbag area is really big, and we are only at the beginning,” he said.

This week Helite launched a belt for the elderly that deploys airbags to protect their hips from breaking in a fall.

The French company’s Hip’Air device claims to absorb 90 per cent of the impact. It is expected to cost around £600.

A typical fall takes 400 milliseconds. Using built-in gyroscopes and accelerometers, the belt can detect a fall within 200 milliseconds of it starting. It then deploys two airbags, which takes 80 milliseconds.

Airbags have also been developed in recent years to save skiers from avalanches and cyclists’ heads from crash impacts.

Helite has sold 150,000 personal airbag jackets to motorcyclists and horse riders in a roughly 50/50 split in the last 10 years. Its turnover has grown about 40 per cent in the last four years as the personal protection market grows and the technology becomes more wearable.

The first patent for airbag technology was filed in 1953 in the US by a retired engineer, John Hetrick, butcar companies released their first experimental vehicles with airbags included in the 1970s. Ford’s Mondeo became the first car in the UK to go on sale with a driver’s airbag as standard in 1993.

“The nomad airbag technology is becoming lighter and smarter, so it is more accessible for lots of applications,” he said.

“As soon as you are speaking about fragile people, the airbag technology could provide a solution for protecting children, seniors, Parkinson or sclerosis sufferers who fall very often with dramatic consequences, workers at altitude and cyclists.

“I think that we’ll also see lots of machines equipped with protection system, with drones being a perfect example.

“Drones are equipped with parachutes at present but airbags could provide a good protection. And why not an airbag for smartphone? I know that Amazon have already patented this idea.”