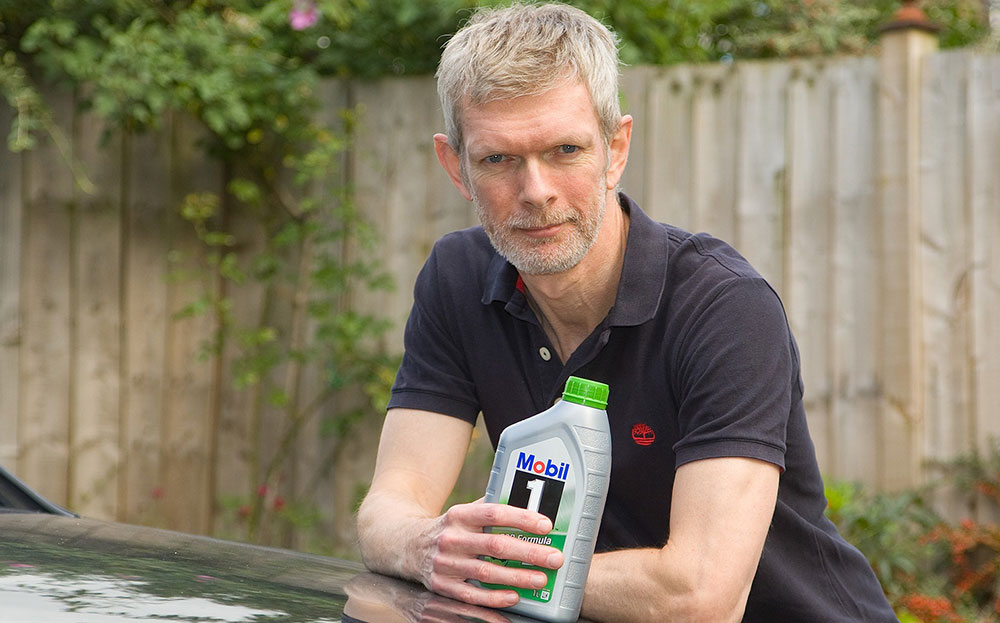 AFTER 10 years, two continents and tens of thousands of miles, the time had come to part with my trusty Renault Scénic and upgrade to something with automatic transmission, plenty of space and, well, a touch more class, writes Stephen Bevan.

An old knee problem also meant I wanted a car that you climb up to rather than drop down into — which really left only a 4×4.

There was one other stipulation: it could not be diesel. As the news editor of The Sunday Times I had been involved in this newspaper’s Clean Air campaign, which exposed the discrepancy between the emissions that the manufacturers of diesel cars claim and what they actually produce on the road (long before the Volkswagen “defeat device” scandal broke, incidentally).

Only Audi made a petrol automatic — the Q5. It was German and therefore I figured it must be brilliantly engineered and reassuringly expensive (even a decent second-hand model was a stretch for my budget), but at least its cars hold their value. Vorsprung durch Technik indeed.

When I spotted a 2011 petrol automatic with a sunroof and low mileage at my local Audi dealer I grabbed it for what seemed at the time like a bargain price of £22,000.

Three months after I bought it and with barely 1,000 miles extra on the clock, I noticed the electronic oil level indicator was showing nearly empty. Given that there was no sign of a leak and the car had been put through what Audi proudly calls its “exacting 145-point check” before I bought it, I thought there must be something wrong with the gauge. Annoyingly there is no manual dipstick to check (did the car maker forget to put one in?) but I figured there was something wrong with the sensor.

After my experience with the Scénic, which never needed topping up outside the annual service, I was worried. I booked the Q5 in at the dealership to have it checked. It was all reassuringly overserviced… nice coffee and a free valet. After a two-day diagnostic check we collected the car. They’d topped the oil up, there was nothing wrong that they could see but I was told to bring it back when the oil showed empty again and they would complete the tests.

The lady from the service department said there was nothing wrong; the need to top up with half a litre of oil after anything over 620 miles was normal for Audis

In August we drove down to north Devon for a week’s holiday. It was the first time I’d done any real motorway miles. It’s a great car to drive on a motorway, as you’d expect of a car from the land of the autobahn, and even the fuel consumption dropped to normal limits.

Halfway through the holiday, however, the electronic oil gauge showed empty. I started to panic a bit: the car had done less than 1,500 miles since the oil had been topped up.

The handbook was reassuring, advising me the oil level display is intended “solely for information purposes” and that an “oil level warning will appear in the instrument cluster if the oil level is too low”. Phew… no sign of that. Ten minutes later the warning light came on.

I stopped and bought a litre of oil, poured it in and resolved to contact the dealership as soon as I got back. I explained the problem to its service department and booked the car in for another round of diagnostic tests.

Two days later I got a call. The lady from the service department had discussed it with her manager, she said, and there was no point bringing the car in again because from what I’d told her, there was nothing wrong; the need to top up with half a litre of oil after anything over 620 miles was normal for Audis.

I wasn’t convinced. As time went on, it became clear that it was getting through oil like a drunk at a free bar. And quite apart from the inconvenience and expense of regular top-ups, where was all that oil going? Presumably in emissions — the very thing I had tried to avoid by insisting on a petrol engine. In the light of the recent VW scandal, I wondered whether those extra hydrocarbons — soot and CO2 — were measured in the official emissions tests.

About one month and 700 miles after I put a litre of oil into the car the engine warning light came on again. Even by Audi’s definition that’s not normal. So it’s being tested by the dealership again. I wonder how much a Renault Scénic costs these days.

Update: After this story appeared in the Sunday Times, Bevan was contacted by his Audi dealer to say that it would carry out work on his engine that includes replacing the cylinders. The dealer has offered Bevan a courtesy car while the work is carried out.

British owners who are concerned that their Audis are consuming too much oil should contact their dealer or Audi’s customer service line on 0800 699 888.

In America, Audi has settled with owners of its cars fitted with 2-litre engines. The affected vehicles are Audi A4s designated as being produced in the 2009, 2010 or 2011 model year; A5s built in the 2010 or 2011 model years; and 2011 model year Q5s. All have the internal US engine code CAEB. Owners in America are entitled to have an initial repair free of charge and an extended warranty to cover any further work that might be required.

Audi is not offering the same terms to British owners, saying it was not “a foregone conclusion” that pre-2011 cars were affected. The company said there were “some technical differences” between the American and British-specification engines but did not explain what these were or whether or not they affected oil usage.

Instead, Audi owners here are required to submit their cars for testing to confirm eligibility. The vehicles must have been serviced at the correct intervals.

Audi said that it will “swiftly” resolve cases for British customers, repairing their cars free of charge if they qualify.