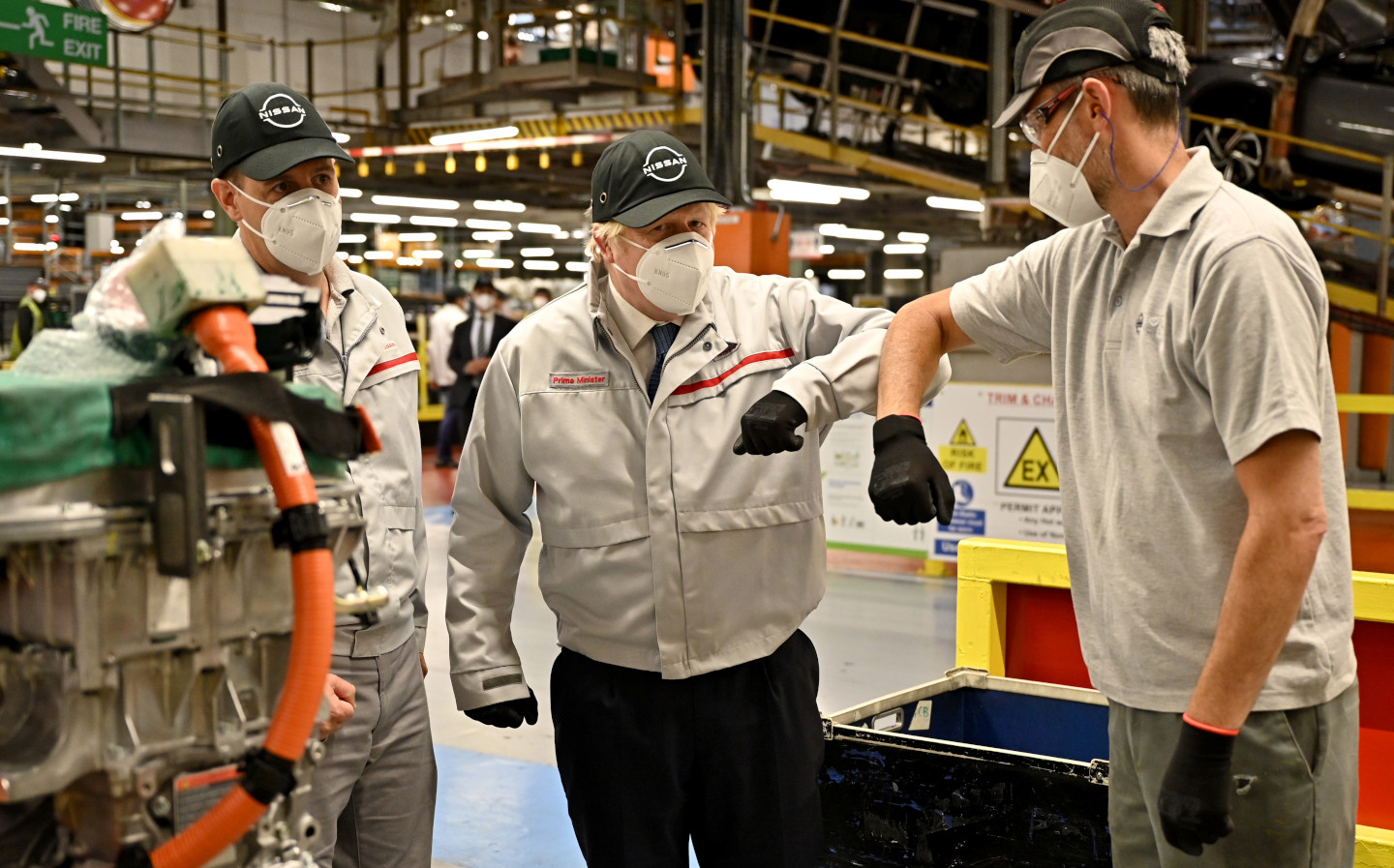 NISSAN has announced a £1bn expansion of its Sunderland factory that will allow it to manufacture new electric cars and electric car batteries.

The gigafactory, called EV36Zero, is expected to create 6,200 jobs at the factory and in its supply chains. The Sunderland plant is already the largest car manufacturing facility in the UK.

Prime Minister Boris Johnson, who visited the factory today following the announcement, described the investment as “a major vote of confidence in the UK and our highly skilled workers in the northeast”.

“Commitments like these exemplify our ability to create hundreds of green jobs and boost British industry, while also allowing people to travel in an affordable and sustainable way so we can eliminate our contributions to climate change,” he said.

It was reported in May that the Japanese car maker had been in talks with the Department for Business, Energy and Industrial Strategy, seeking tens of millions of pounds of government investment for the gigafactory.

It has not been announced how much of the £1bn fund has been supplied by Whitehall, although it has been confirmed that Sunderland City Council will invest £80m to help deliver renewable electricity to the plant and to set up a secondhand battery storage system that will allow excess energy to be stored on the grid for future use.

Investment has also been supplied by Chinese battery manufacturer Envision AESC, who may invest a further £1.8bn in the future to expand the gigafactory’s manufacturing capacity. Envision will create 750 jobs at the new plant.

The factory will create enough batteries for 100,000 vehicles per year, plus have the capacity to built a new electric crossover. It was reported last year that Nissan has opted to manufacture its new Ariya electric crossover in Japan rather than in Sunderland due to concerns over Brexit.

The Sunderland factory is currently responsible for 6,200 jobs in the North East. The new gigafactory will reportedly create 900 new jobs at the facility and a further 4,500 in its UK supply chain.

Business Secretary Kwasi Kwarteng told BBC Radio 4’s Today programme that “this billion-pound commitment means that [Nissan] are going to be here for a number of decades.”

He added: “Let’s not forget that a lot of people were saying Nissan would leave the UK as a consequence of Brexit.”

During a phase of cost cutting last year, Nissan decided not to shut the Sunderland plant, instead opting to cease its operations in Barcelona and Indonesia. Less than a week after the announcement, however, Nissan director Ashwani Gupta said that a no-deal Brexit could still threaten the factory, saying that it would make the car maker’s UK operations “unsustainable”.

However, the government struck a last-minute deal with the EU that allows car makers to export vehicles without tariffs.

Nissan president and chief executive officer, Makoto Uchida said: “This project comes as part of Nissan’s pioneering efforts to achieve carbon neutrality throughout the entire lifecycle of our products. Our comprehensive approach includes not only the development and production of EVs, but also the use of on-board batteries as energy storage and their reuse for secondary purposes.

“Our announcement today comes out of lengthy discussions held within our teams and will greatly accelerate our efforts in Europe to achieve carbon neutrality. The experience and know-how gained through the project announced today will be shared globally, enhancing Nissan’s global competitiveness.”

The Sunderland facility will be the second gigafactory to be established in the UK. The Faraday Institution, an independent organisation that supports battery research, claims that Britain will need a further six gigafactories by 2040 to meet demand.