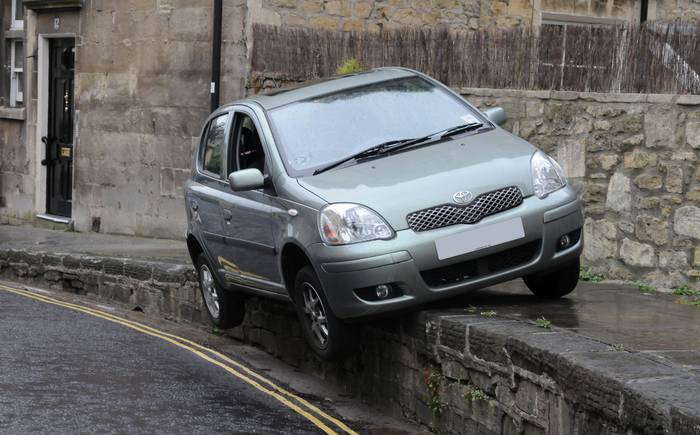 THIS DRIVER seems to have taken the government’s proposal to permit parking on double yellow lines for a limited period, to the next level. The Toyota Yaris was balanced precariously on a rising pavement two feet above the road. The driver was nowhere to be seen.

The teetering Toyota was spotted in Bath by IT worker Toby Willmott as he was travelling to work. “I couldn’t believe my eyes when I saw this,” he said. “I don’t know how someone was able to even drive their car into such a position, let alone manage to get out of it while leaving it like that.”

The incident occurred on the same day that Eric Pickles, the Local Government Secretary, said the government was considering allowing drivers to park free for 15 minutes on double yellow lines, in a bid to boost high street trade.

Unfortunately for the driver of the Yaris, he or she appears to have chosen a spot far from any shops.