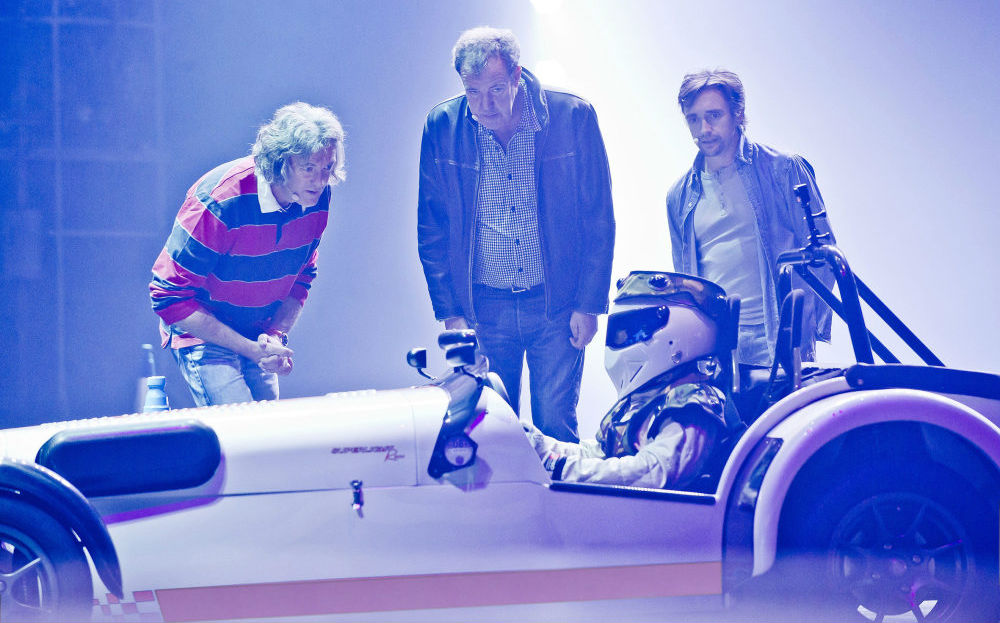 TOP GEAR fans: buckle up tight. Top Gear Live has been announced for 2015, and this time it will be touring the UK.

The action-packed arena show starring Jeremy Clarkson, James May and Richard Hammond (not to mention The Stig) will take in Liverpool, Newcastle, Belfast, Sheffield and London.

“Supercars, stunts, explosions and The Stig. Come and see Top Gear, but without the editing. What could possibly go wrong?” asks Jeremy Clarkson.

Tickets go on sale this Friday, priced from £35, and fans are promised fire, tyre smoke, ridiculous stunts and a healthy dose of banter and competitive spirit between the presenters, Clarkson, Hammond and May.

In the past year, Top Gear Live has needed to pack its passport, as the event has travelled as far afield as Moscow, Sydney, and Barbados (that one must have been a tough weekend for the boys).

James May, for one, is glad the show is sticking with the UK next year. “In the past, we’ve taken Top Gear Live all over the world, but this year we’re taking it to Newcastle, Liverpool, Belfast, Sheffield and London. That way we’ll remember how lucky we are to live in Britain,” said May.

Watch this video of 2013’s tour highlights for a flavour of what to expect: