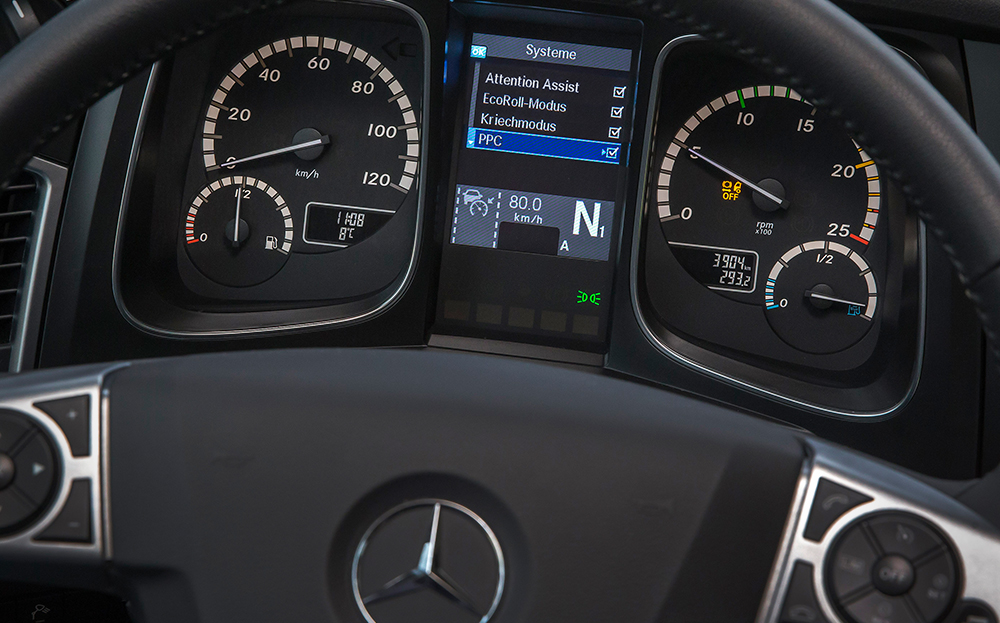 NEW SAT nav maps that include information on road gradients will cut fuel bills by ensuring that cars make the most of downhill sections of routes where cars can use gravity, rather than petrol or diesel, to accelerate.

Mercedes will start to introduce the technology, known as Predictive Powertrain Control, across its car range as early as September. It is already fitted to most of the lorries the company produces and is said to cut fuel consumption by up to 5%.

The sat nav is loaded with 3D maps, which include 95% of motorways and trunk roads across Europe. It works with a vehicle’s cruise control system to determine the most efficient driving style.

Instead of revving the engine to maintain speed while climbing a hill, the sat nav prompts the cruise control to ease back on the throttle as the vehicle approaches a crest. This means that the vehicle loses a little speed but saves fuel. The speed is quickly regained as the vehicle begins heading downhill, so journey times are not noticeably longer.