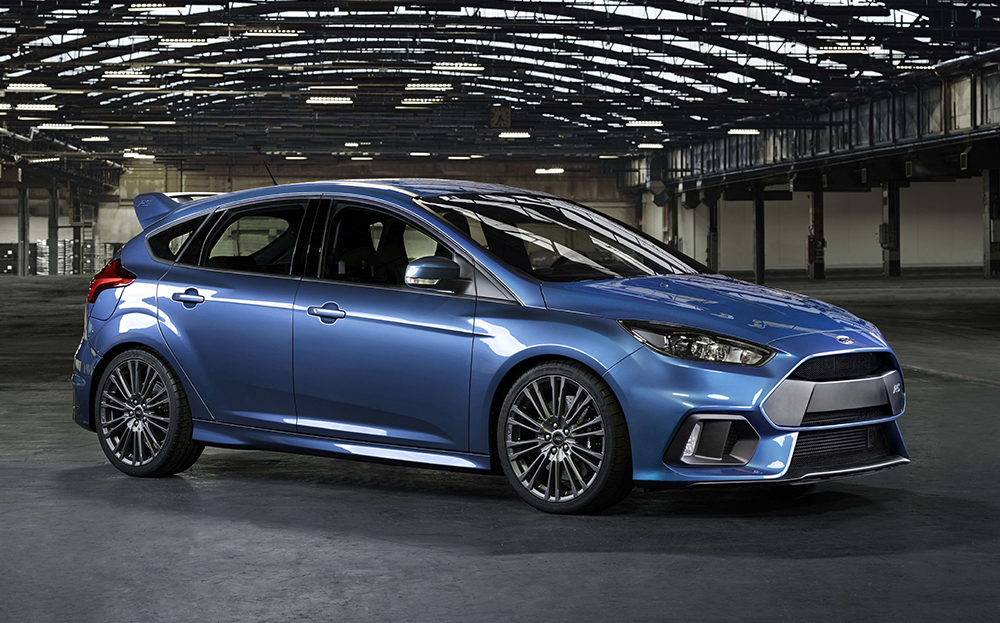 THE SMOKE billows, dubstep blasts from the speakers and Ken Block tries his hardest to burst the tyres of Ford’s new super-hatch, the Focus RS.

It has been almost five years since the moniker that was worn as a badge of honour by the raciest of boy racers has been glued to the rear of a Ford. Now it is back: next year’s model, based on the current Focus, will boast “well in excess” of 320bhp, making it one of the most potent cars of its type.

Browse the used Ford Focus for sale on driving.co.uk

It has a tuned version of the 2.3-litre turbocharged EcoBoost engine found in the new Mustang, and the big surprise is that for the first time since the Escort of 1992, Ford’s engineers have chosen to install four-wheel drive.

Ken Block, star of the Gymkhana video series, was drafted in by the Blue Oval to inject some personality.

“I’ve been pushing Ford for an all-wheel-drive product for years,” he tells Driving at the launch event for the Focus RS. “The extra grip is phenomenal and the car can now drift and slide when pushed, or turn in and take corners at great speeds if that’s what you want to do.”

He explains that the handling is improved by a clever Dynamic Torque Vectoring system, which uses twin electronically controlled clutch packs to manage the torque distribution between the front and rear axles and each wheel. 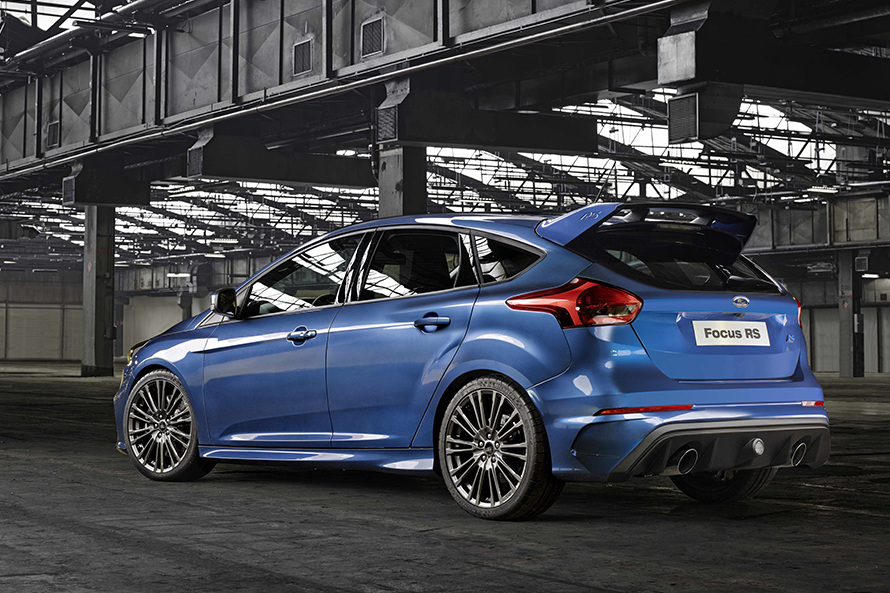 Raj Nair, responsible for product development at Ford, says the new system allows the RS to achieve “controlled oversteer drifts” on the track, rather than the understeer tyre-squealing typical in front-wheel-drive hot hatches.

You can watch Ken Block demonstrate his driving skills and the Focus RS’s handling in this video.

The RS has sports suspension stiffer than that of the recently released Ford Focus ST and a set of Michelin Pilot Super Sport tyres for added grip. However, not all fans of fast Fords have been bowled over: a number have taken to Twitter to bemoan its reserved styling.

Ford counters that the five-door body style offers drivers greater practicality, and the lack of enormous rear wing and garish colour schemes widens the appeal of the car.

When Driving walked around the car, we were left in no doubt that it meant business: gaping cooling vents, aerodynamic splitters, lower wings and a large diffuser at the rear clearly distinguish this model from anything else in the Focus line-up.

One thing fans can’t complain about is the amount of technology on offer, including bienon HID headlamps with Adaptive Front Lighting and the latest edition of Ford’s Sync infotainment system, which allows drivers to pair smartphones and control the system by voice.

Customers can also specify Active City Stop automatic braking technology, which operates at speeds of up to 31mph, as well as a reversing camera and a Sony sound system.

The price is due to be announced at the Geneva motor show next month but insiders believe Ford’s range-topping hot hatch will come in under £30,000.

Browse the used Ford Focus for sale on driving.co.uk