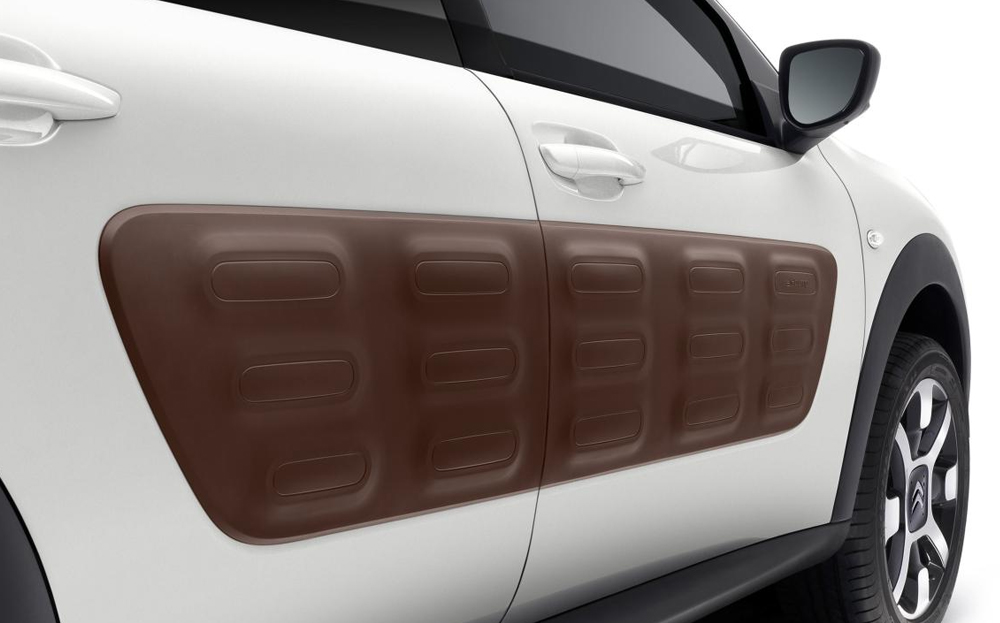 IT’S A car. It’s a plant. It’s… the Citroën C4 Cactus. Despite sounding like something cowboys do their best to avoid in the desert, the oddly named Cactus is a new small family car from Citroën.

A rival to the Mini Countryman, it has one of the most quirky features fitted to a family car since the square steering wheel of the Austin Allegro. The bodywork of the Cactus has rubber panels inserted into the doors and bumpers, aimed at preventing the everyday parking scrape.

Called Airbump, the panels are made from thermoplastic polyurethane, a flexible plastic filled with small air pockets, much like bubble wrap. This gives the Cactus, which costs from £12,990, a unique selling point for drivers who wrestle with dense traffic, crowded car parks and careless children.

The obvious question, however, is do the protective panels work? Driving put them to the test, with one of its youngest testers yet. No science was involved in this test. However, on the whole, the answer was a resounding ‘yes’, the Airbump padding successfully fends off minor bumps and scrapes.

However, owners will need to stock up on Back To Black plastic cleaning products to keep it looking as stylish as its maker intended. A full review of the new model will follow soon…