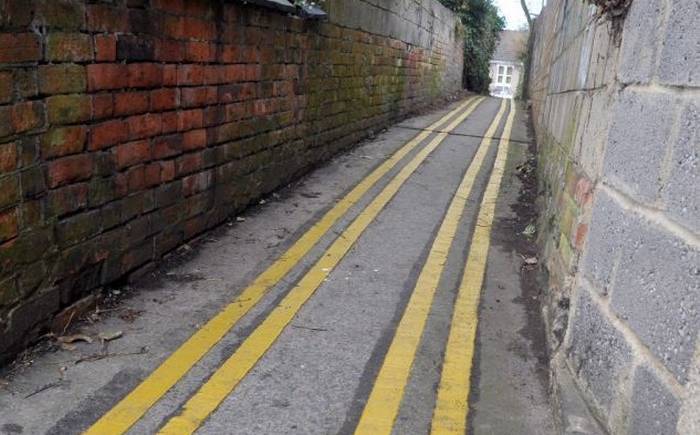 PERHAPS IT was a popular rat-run known only to drivers of the Peel P50 and the Renault Twizy – whatever, they certainly won’t be parking in it again after council contractors painted two sets of double yellow lines down it.

Residents living close to the alley in Swindon couldn’t understand why the council had painted the double yellow lines along the 60ft long alleyway. “It’s a mystery,” said Nathalie Fisher.

Local businessman Ray Mudha, who runs Ray’s Autos, was equally perplexed: “Only bikes could get down the alley and no one would park there.”

A spokesman for Swindon Borough Council blamed over-zealous contractors as it works to clamp down on illegal car parking in alleys. “It seems the contractors forgot how big cars actually are,” said a spokesperson.