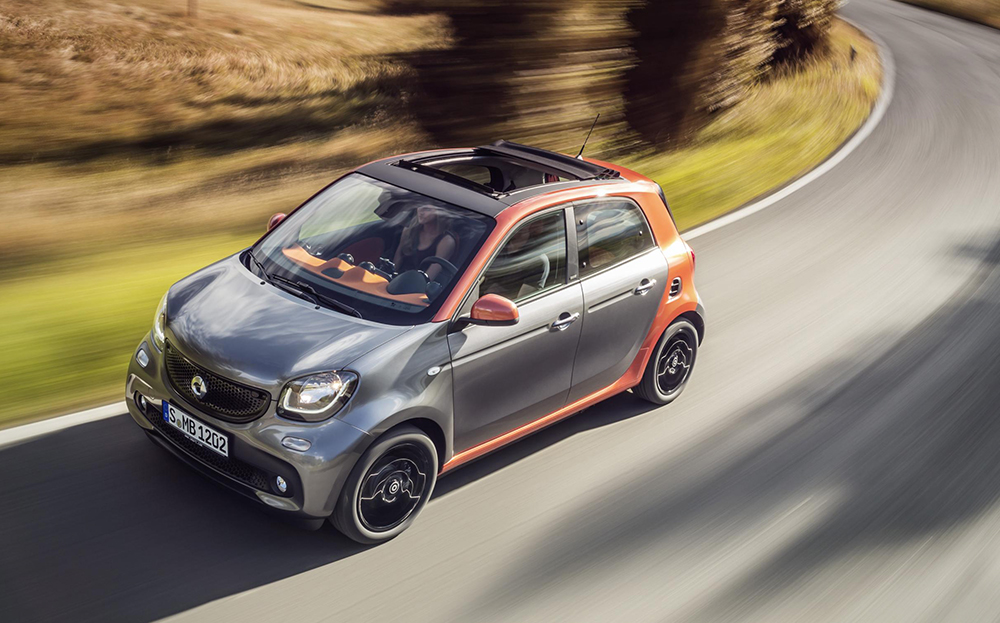 THE SMART city car brand is set to be strengthened with the arrival of an all-new Forfour that will share the Fortwo’s rear engine layout and styling.

The current Forfour departed from the Smart concept by being front engined and based on an existing model, the Mitsubishi Colt. Its replacement will adopt the more radical formula of its Fortwo baby sister car by having its engine at the rear and looking equally distinctive.

Like the Fortwo it rides on an all-new platform. The Forfour’s underpinnings are shared with the new Renault Twingo, which is also rear engined but available as a four-door only.

At launch, power will be provided by a choice of two, three-cylinder engines: a naturally aspirated 999cc unit producing 70bhp, and a more powerful but smaller 898cc turbocharged unit producing 89bhp. An entry-level 59bhp will follow a few months later.  Drive is channelled to the rear wheels via a five-speed manual or six-speed dual-clutch transmission. 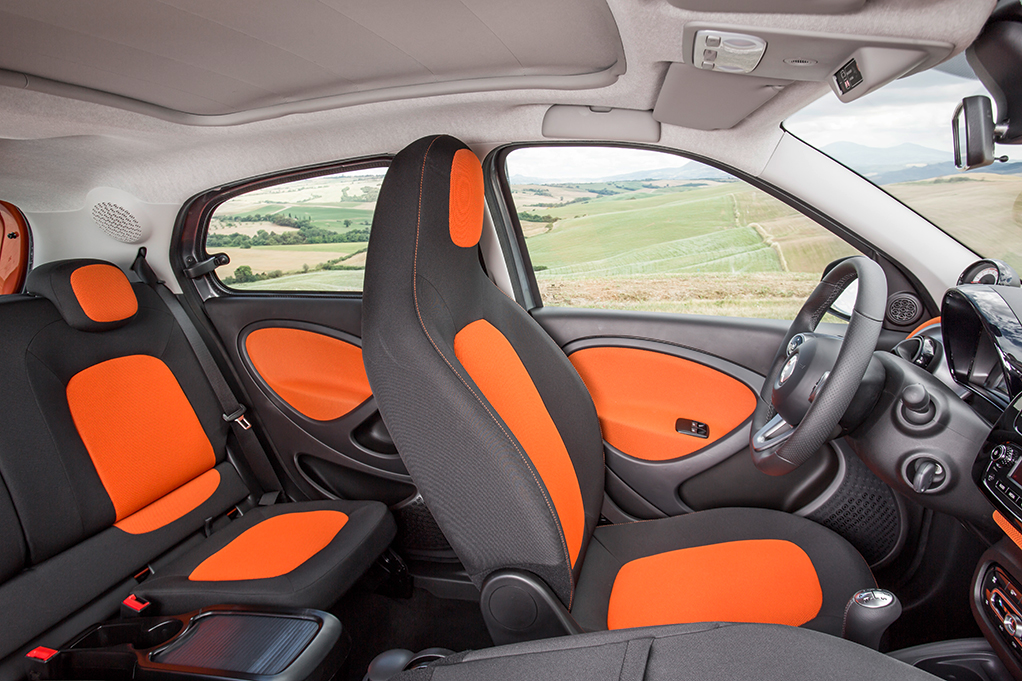 Reinforcing its credentials as a city car, the new Forfour has a kerb-to-kerb turning circle of just 8.65m; almost the same as the old Fortwo, and impressive compared with a London taxi’s 8m.

The new model is 3490mm long, or 800mm longer than the Fortwo. It’s shorter than the new Mini five-door but, partly thanks to seats that fold to create a level floor, has 975 litres of load space compared with the Mini’s 719 litres.  Optional rear seat cushions that can be reversed and lowered boost the loading height by 120mm. To make access to the rear cabin easier, the doors open to an angle of almost 90 degrees.

But for its extra doors and a roofline that slopes towards the rear like a coupé’s, the new forfour looks much like the Fortwo. There are the same distinctive touches chief among them a honeycomb grille, U-shaped daytime running lights and anti-bump cladding. Unlike the Fortwo, however, which has a twin-section tailgate enabling the car to be loaded in tight spaces, the Forfour’s is an upward-opening single-section. Smart says this permits handy loading of the lower luggage compartment. 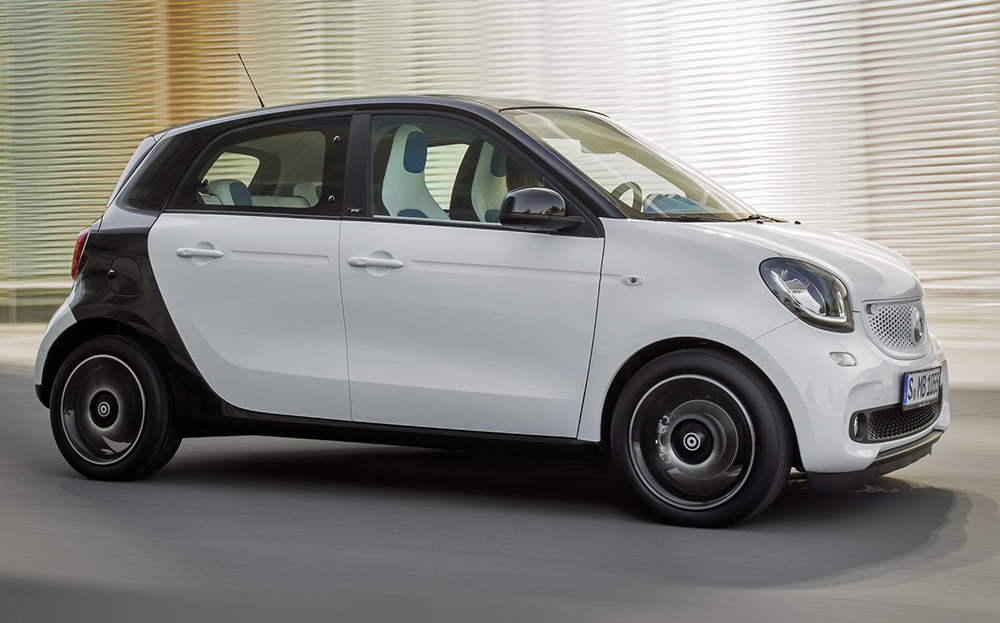 The Fortwo’s tridion safety cell now also features on the new Forfour and is finished in a contrasting colour. A range of Mercedes-developed systems, including Crosswind Assist which keeps the car stable in strong winds, help boost the model’s safety credentials.

Forfour prices are expected to start from around £11,000, pitching the model at cars such as the Fiat Panda, and both the new Smarts hit showrooms in November.