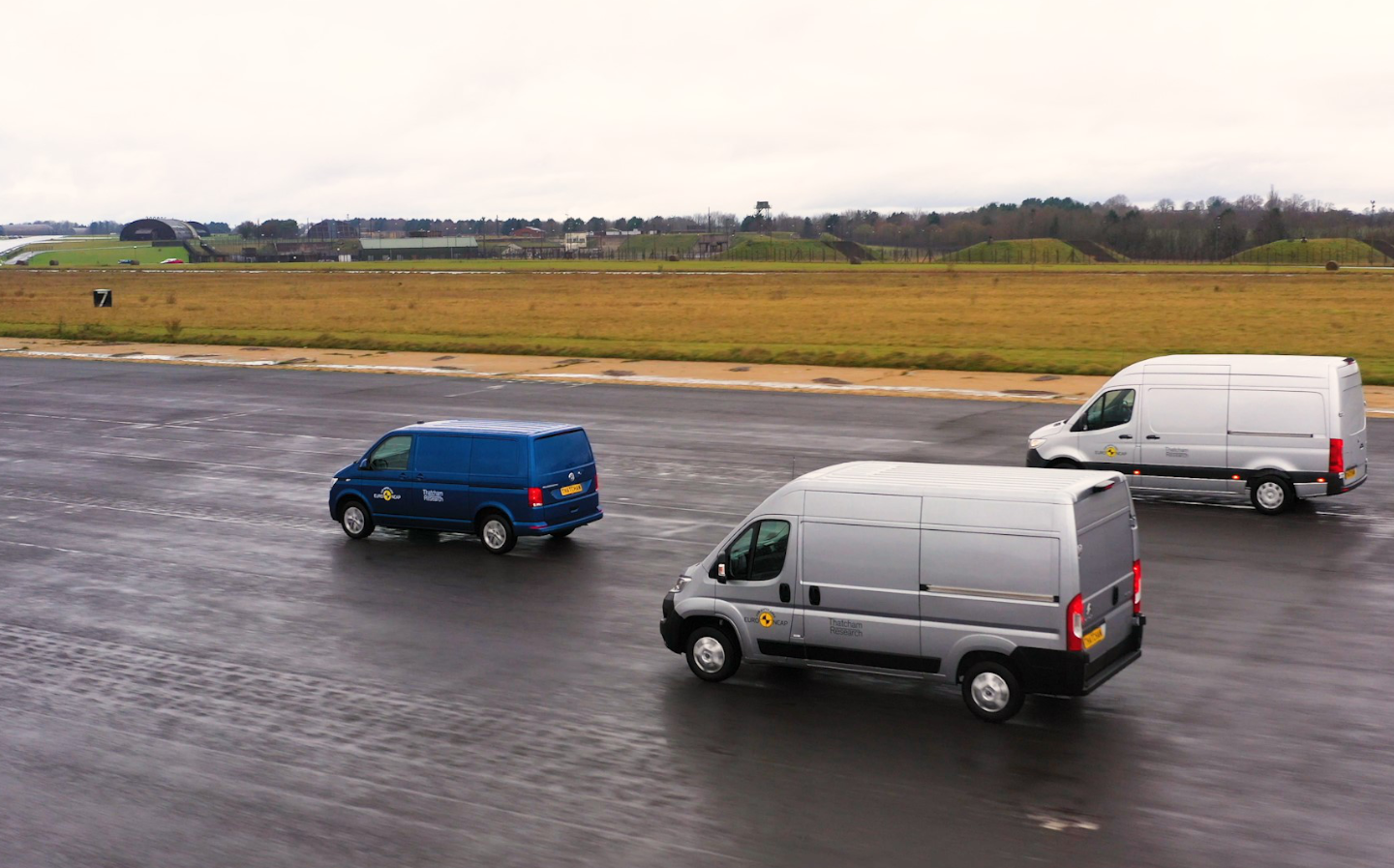 NEW RESEARCH has found that the safety of vans are falling well behind cars on safety.

A new crash testing system by safety experts Euro NCAP and Thatcham Research has rated five out of 19 light commercial vehicles as “not recommended” due to their lack of assist features.

Only three vans tested were given a “gold” designation, and none were given the top “platinum” rating. According to the companies, the 19 vans tested represent 98% of new vans sold last year.

Euro NCAP’s Secretary General, Michiel van Ratingen, told Driving.co.uk the results show there needs to be a paradigm shift in attitudes towards the safety of vans and light commercial vehicles, and that pressure needed to be put on commercial vehicle manufacturers and fleet operators to do “more than just the minimum required.”

He said that fleet operators needed to begin prioritising vehicle safety over cost-saving. “The first thing that a fleet operator does is to uncheck the box for a driver assistance system because it saves him money when buying the vehicle.

“That’s the paradigm shift that we tried to advocate here — we should look at it broadly from a community point of view, from a societal point of view, and not allow the fleet operators to make these these cost savings at the expense of more people getting killed in traffic.”

“Fleet operators don’t care about creating a higher risk for people and traffic. They only look at the bottom line.”

“The lack of demand for driving assistance systems (which includes things like automatic emergency brake and lane-keep assist) means that vehicle manufacturers do not equip their vehicles to a sufficient level. “What we’ve seen on the vans that we tested is that there is actually very little available, even as an option,” van Ratingen said.

“And what is available is actually not that great. It’s technology that is quite outdated compared to what you would see on on passenger cars and we’re talking about the same brands. We’re talking about Mercedes, Ford, Fiat, PSA (Peugeot and Citroen’s parent), it’s all the same brands that do the passenger cars fully equipped with everything on it. And then in the same year they launch a van, which has technology on it that is, I would say, five to 10 years older.”

Director of Thatcham research Matthew Avery echoed van Ratingen’s concerns. “Brands are making a clear decision not to fit this important technology as standard and van operators are not even buying it as a cost option,” he said.

“The lack of parity even exists within the same manufacturers. Take Renault, for example. Its five-star-rated Clio has lots of standard fit Advanced Driver Assistance System (ADAS) technology that can save lives. But its Trafic van has practically nothing, not even as an option.”

Furthermore, van Ratingen said that Euro NCAP found that some brands were displaying incorrect information on their websites regarding their vans’ safety features, with one advertising driver assist systems that were only installed on a single van in Europe.

Vans involved in more accidents per mile travelled than cars

In 2019, only 12.8% of new vans were equipped with Autonomous Emergency Braking (AEB), compared to 62% of new cars. However, vans are involved in more accidents that result in fatal injuries to other road users, per mile travelled, than any other type of vehicle on the UK’s roads, and a car occupant is 40% more likely to be killed or seriously injured in a collision with a van than they are with another car.

From 2024, all vans registered in the EU will be required by law to have certain driver assist systems but the UK has not yet committed to upholding this after Brexit. Thatcham is calling on the government to commit to delivering the legislation before it leaves the EU in January 2021.

However, both Thatcham and Euro NCAP want to see a change in approach from van manufacturers before then — especially with package deliveries expected to increase by nearly a quarter over the course of 2020.

“We want to see more collision avoidance technology fitted as standard and readily available long before [2024],” said Avery. “Decisive action will reduce van collisions, create greater parity between cars and vans, and help to protect the public from serious injury and death as more vehicles on our roads will have lifesaving technology.”