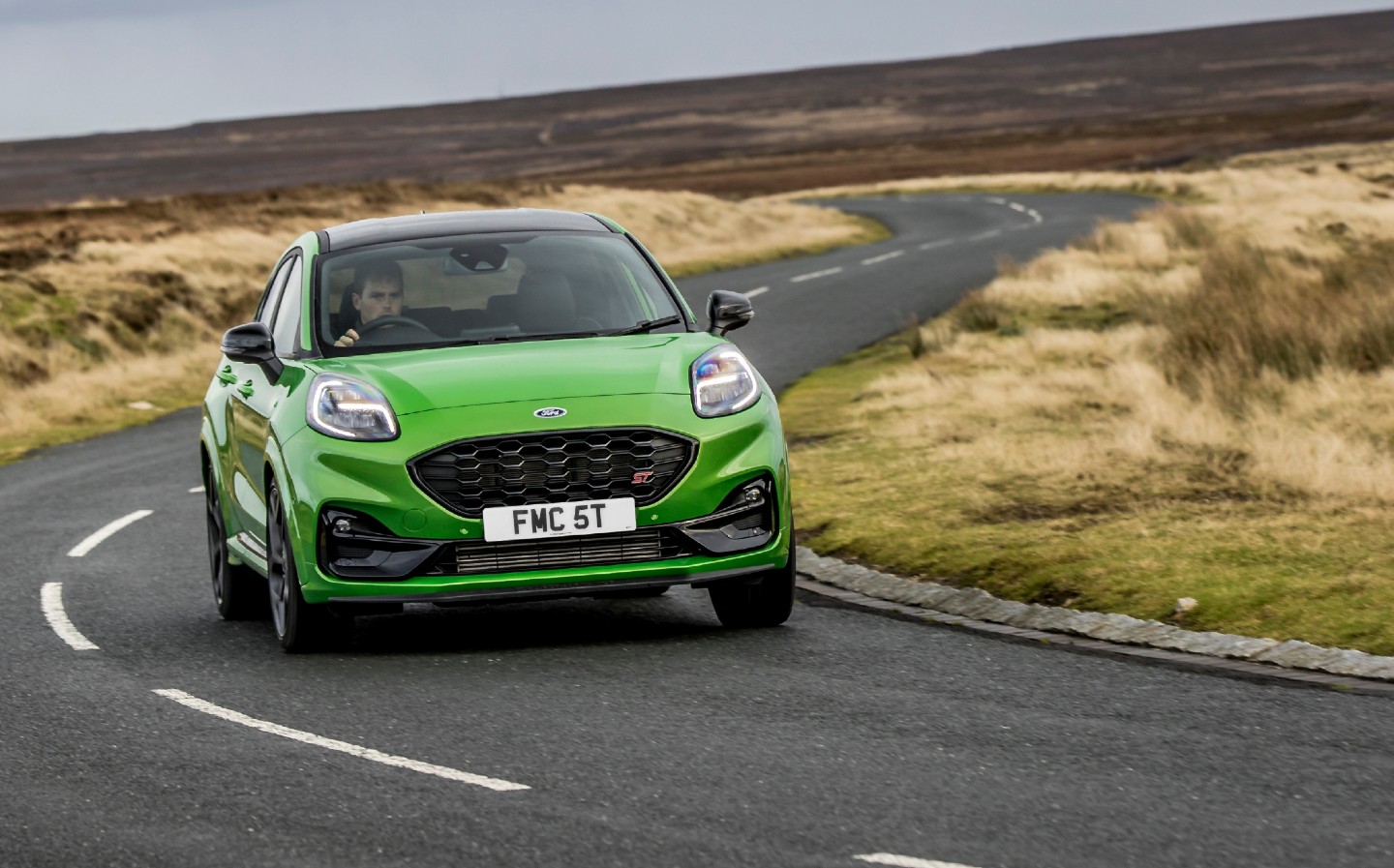 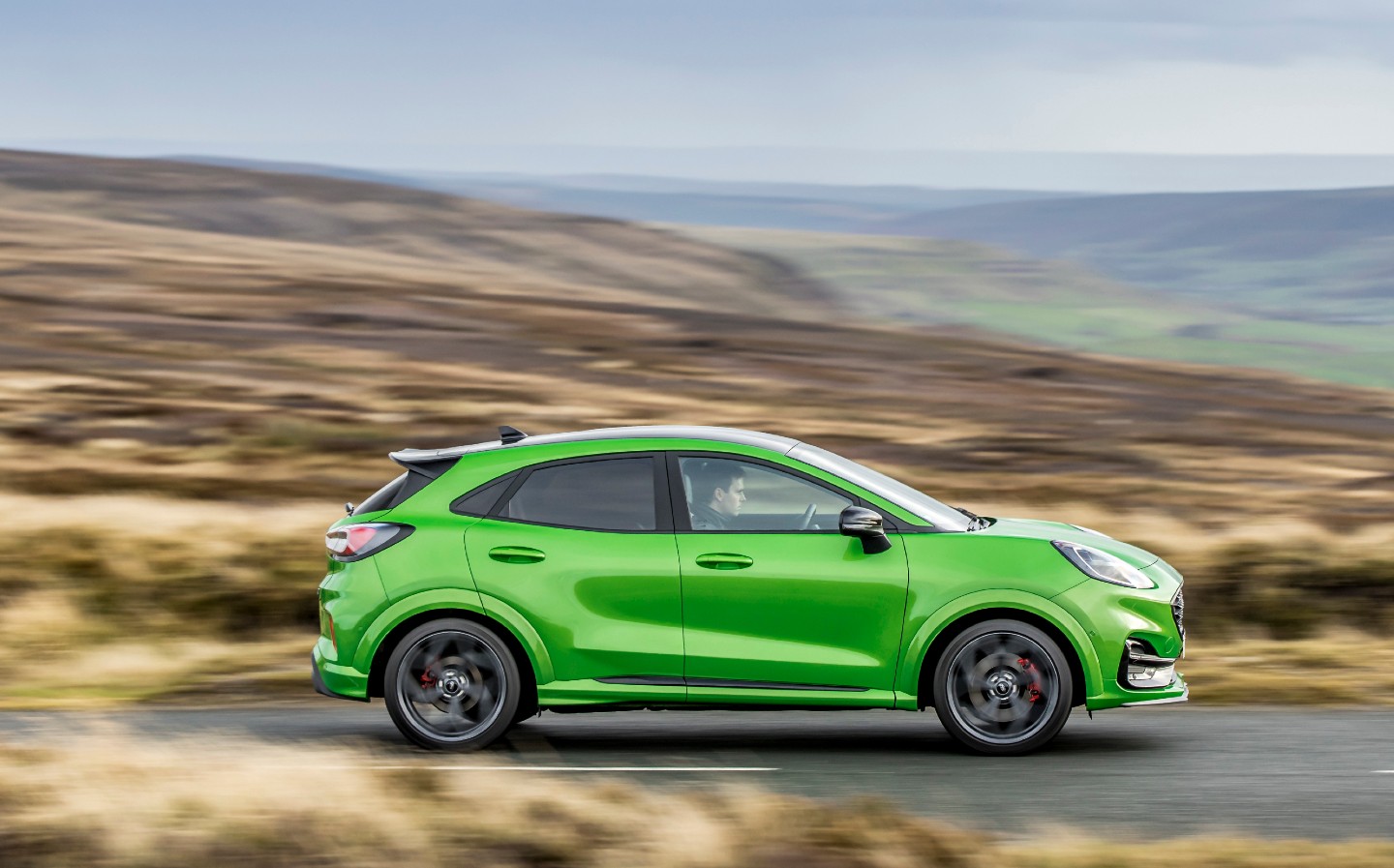 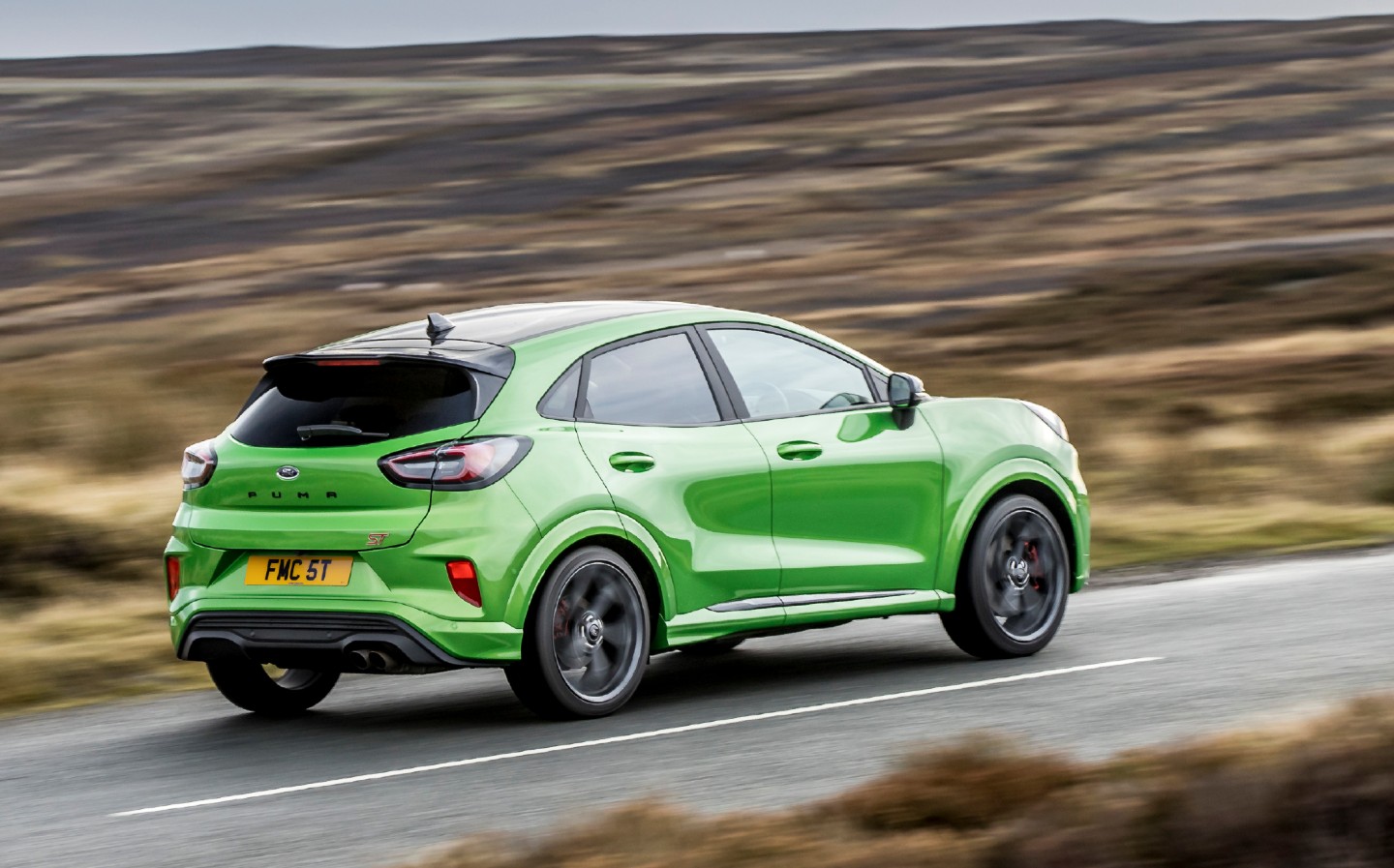 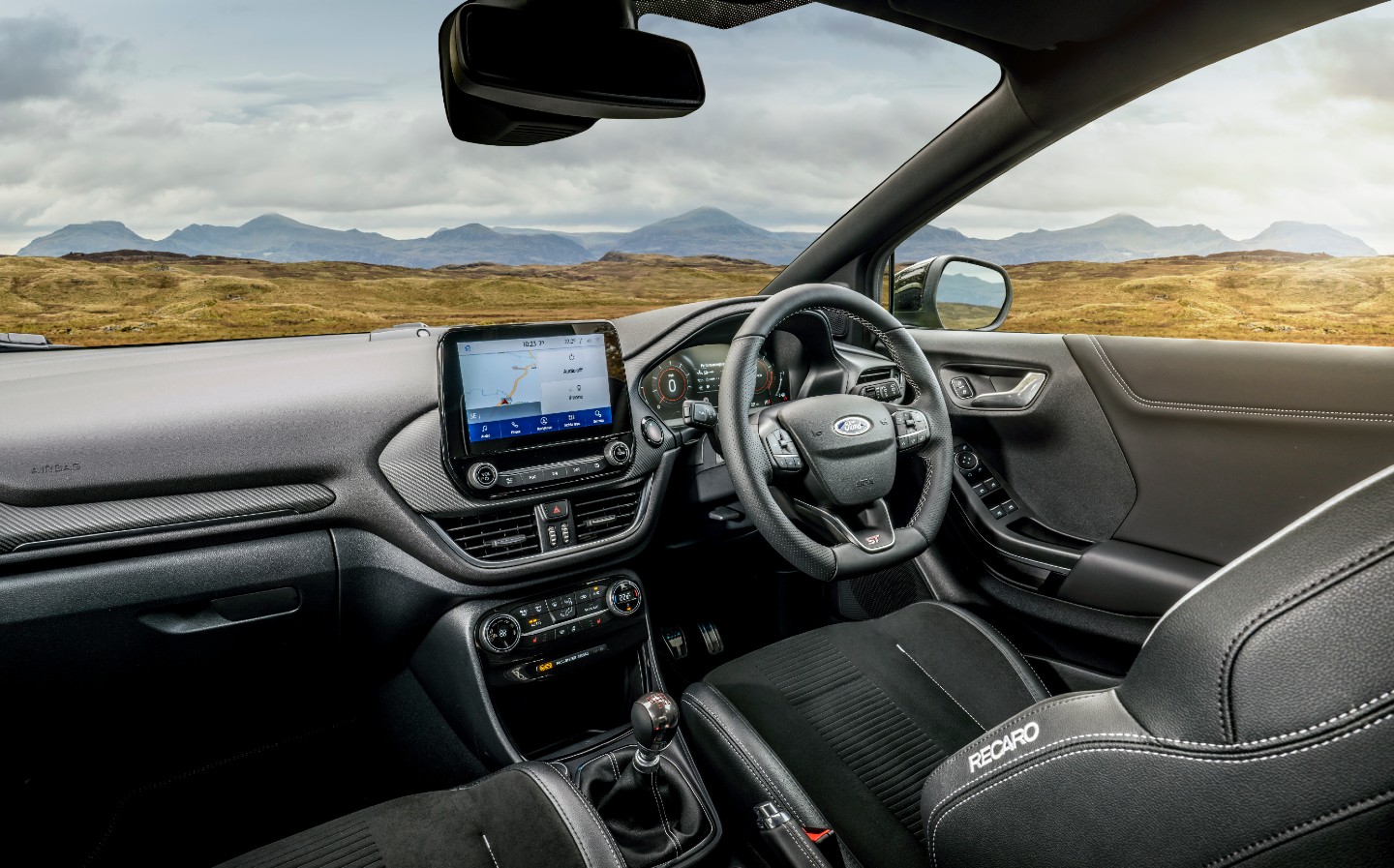 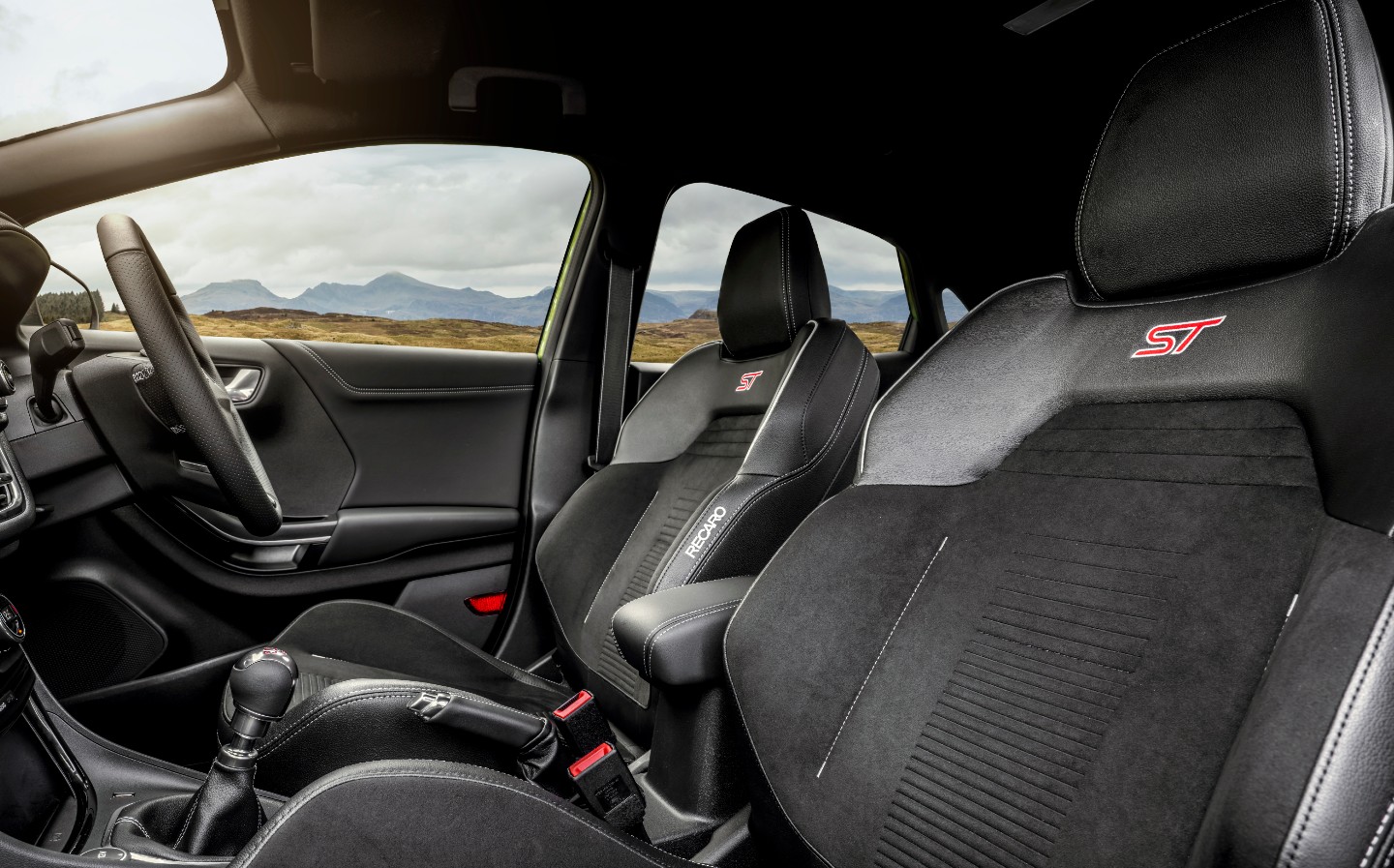 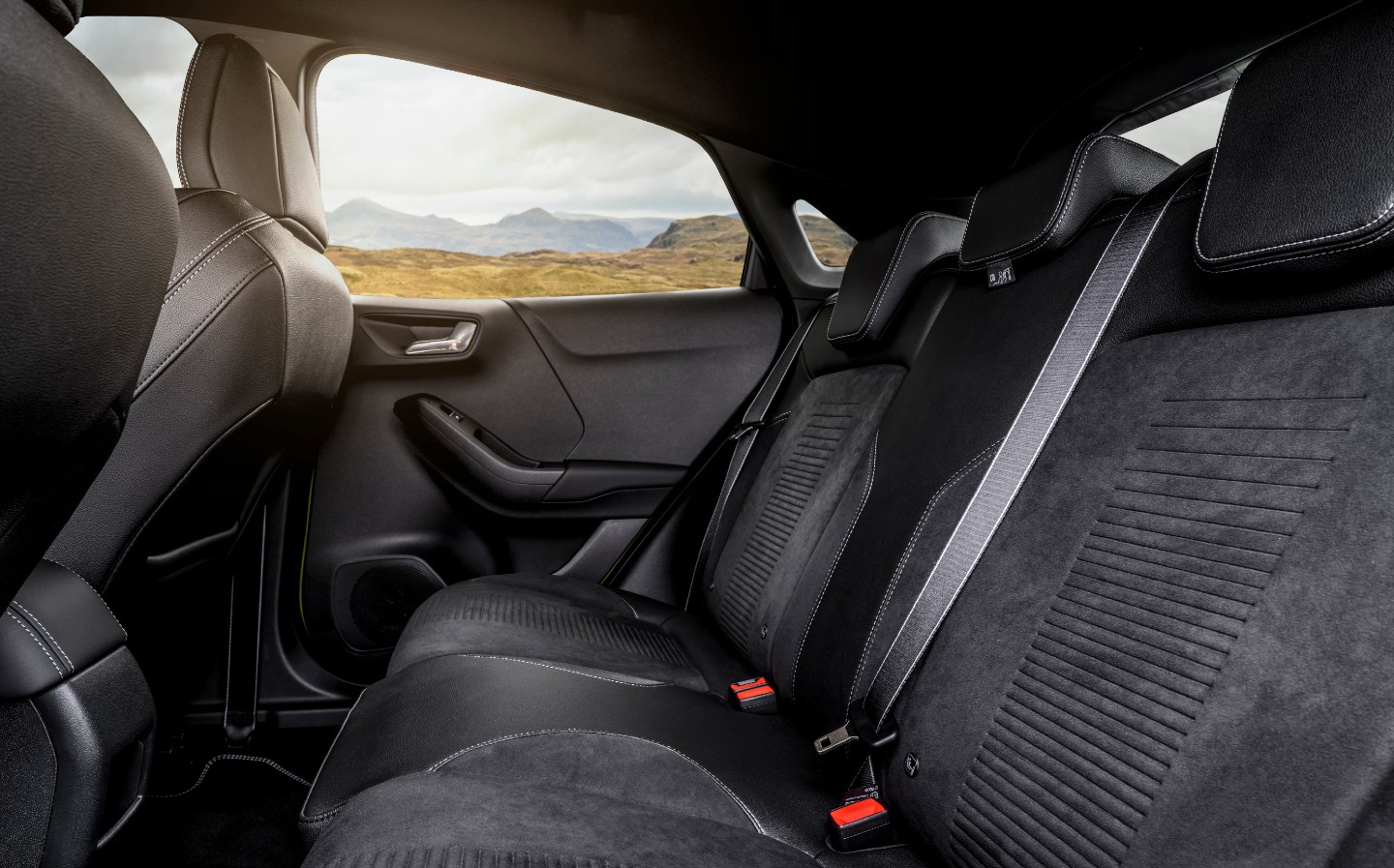 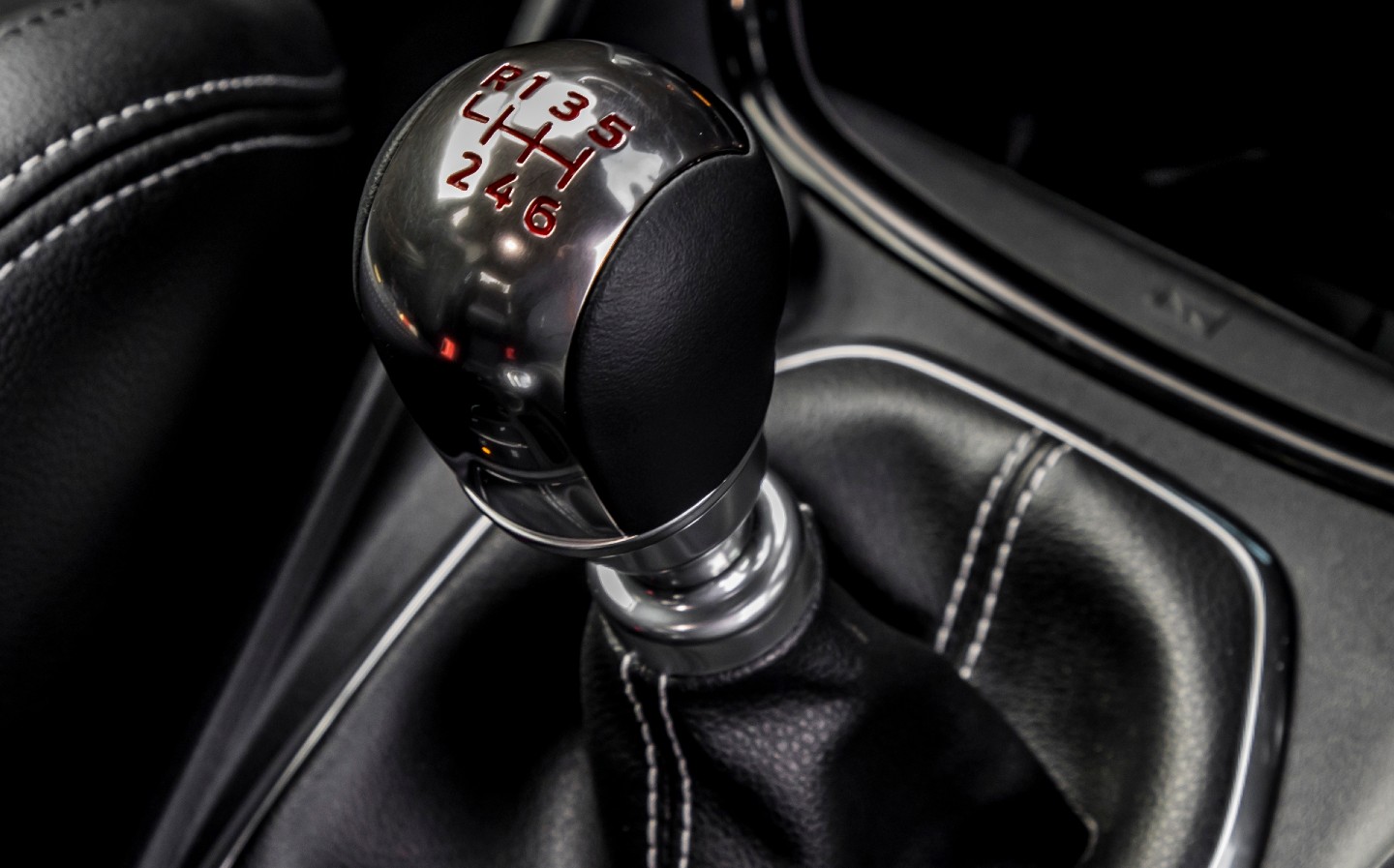 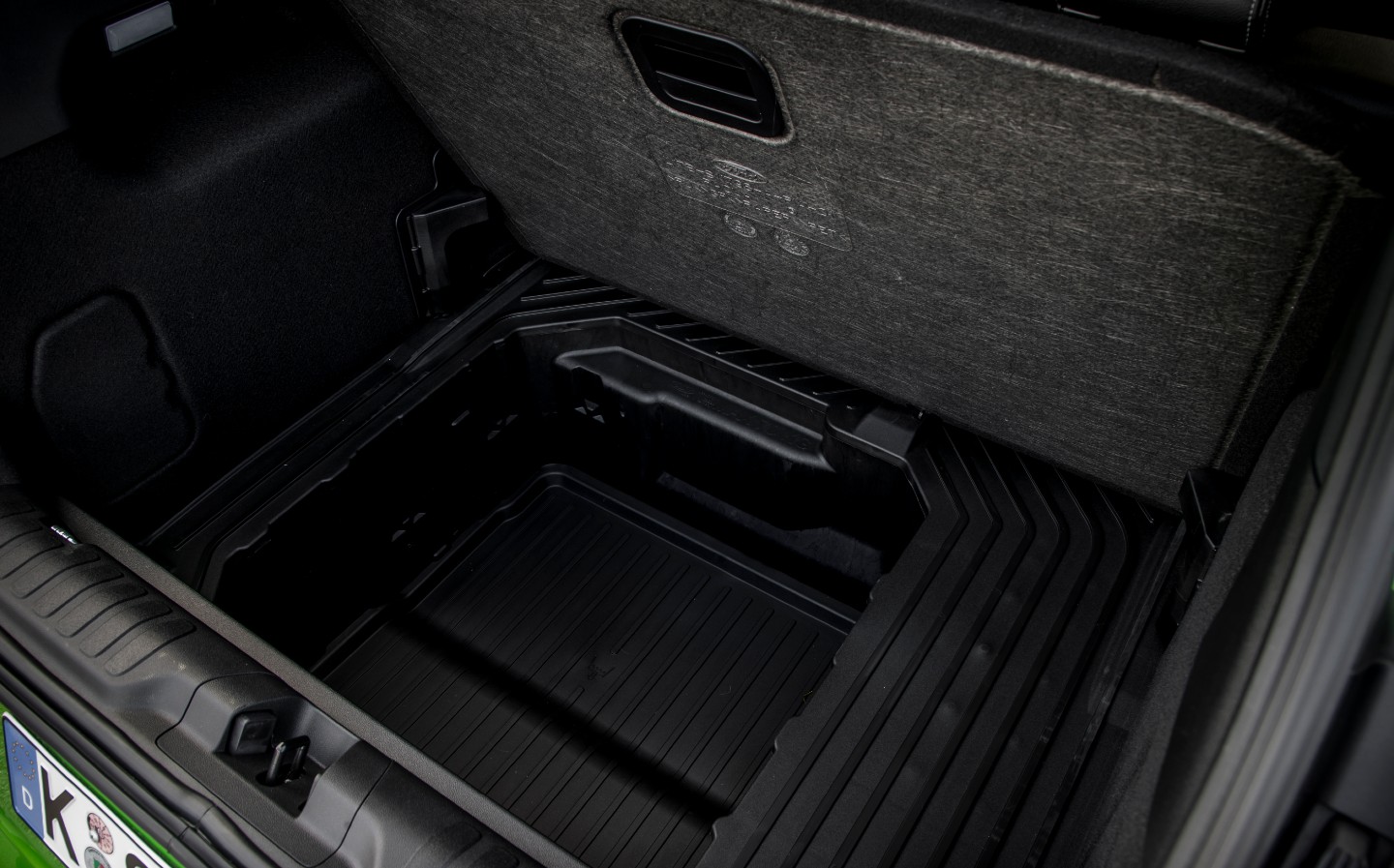 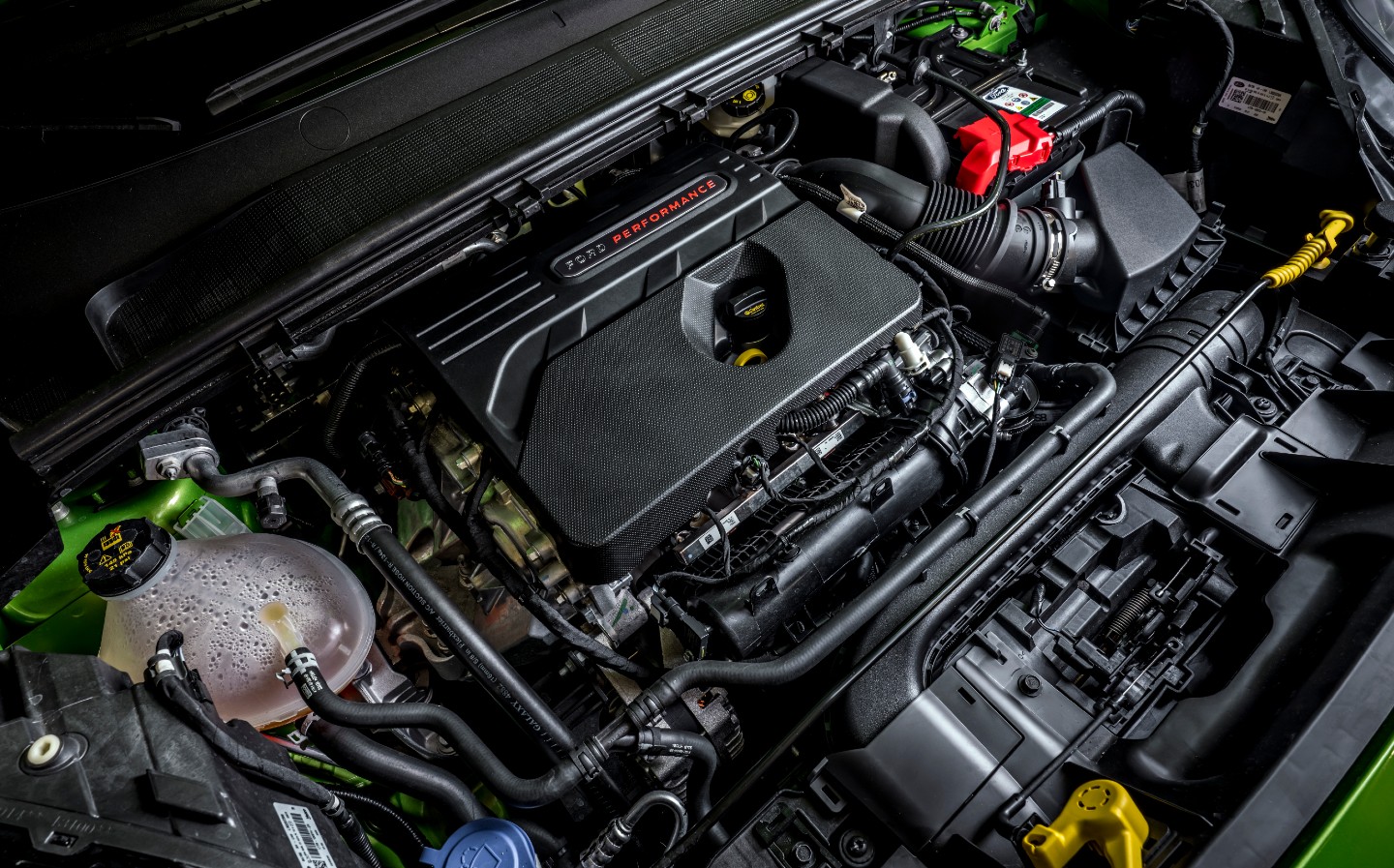 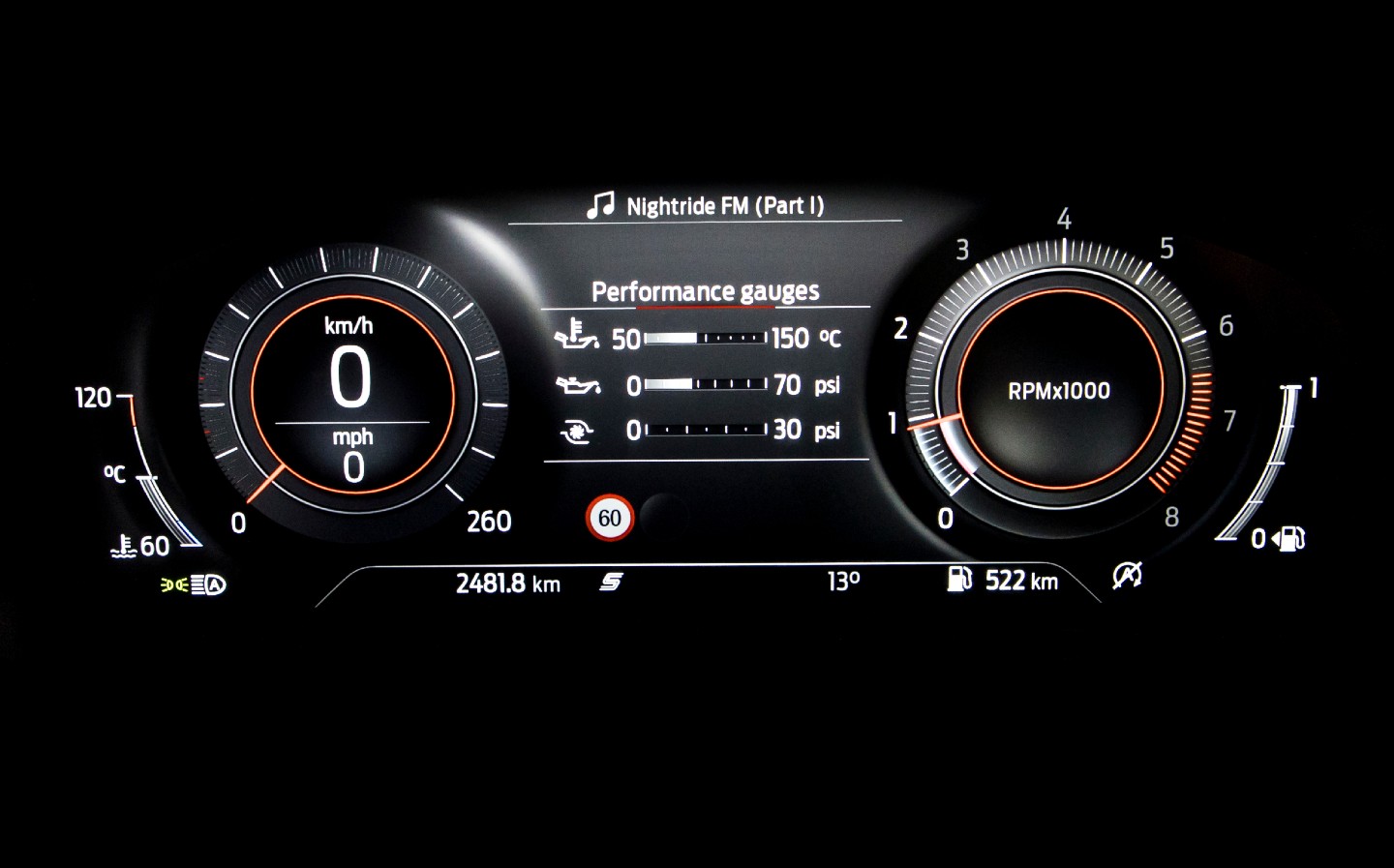 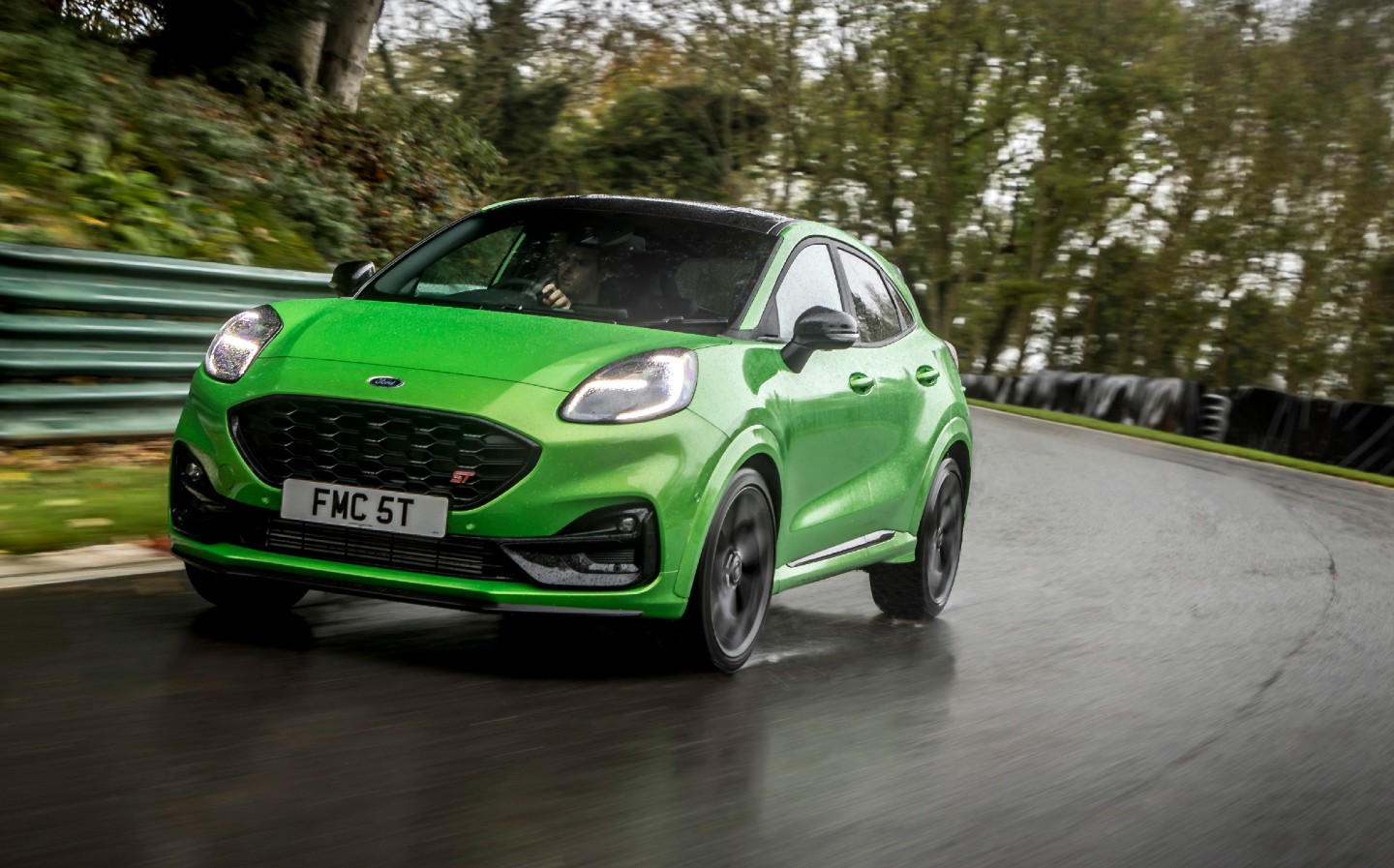 FAST Fords: the white bread of performance cars. Good, honest, affordable … unlikely to improve your health. I appear to have gone down an analogy cul-de-sac but the point is that they’re generally the most fun you can have in a family car, pound for pound. The Focus ST is a riot, and the Focus RS more so. The smaller Fiesta ST is one of the best cars an enthusiast can buy, full stop.

The 2020 Ford Puma ST, reviewed here, is what happens when Ford applies the same treatment to a crossover SUV.

The underpinnings are solid, it has to be said. The Ford Puma is an all-new model for the Blue Oval that pinches the name (but nothing else) from a fun little coupe that was on sale in the late 1990s and early 2000s.

New Puma launched at the end of 2019 and immediately won praise for its fun-to-drive characteristics and great packaging – the standout feature being the “megabox” in the boot, a large (68-litre) underfloor storage compartment that’s handy for muddy boots and the like. It has a plug at the bottom, allowing it to be drained of liquid, which suggests it was designed to hold beers and ice cubes, making the Puma the ultimate party car. But that could just be me.

Puma ST keeps the packaging, including the megabox and rear seat space, which is pretty good for compact SUV, but gains a garish new “Mean Green” paint colour and a few bodywork tweaks – for example, the addition of a front splitter apparently reduces drag and increases downforce, though I’d be amazed if the effect is significant, given its diminutive size.

It also has twin exhaust pipes but rather than go for fancy or fake trapezoid-style exhaust outlets either side of the rear end, Ford has gone for round stainless steel pipes positioned to the right, which suggests performance without frills (the white bread option).

More significantly there have been extensive engineering revisions that make this more than just a family Puma with extra power and stiffer suspension. Yes, the 1.5-litre three-cylinder engine is a tuned version of the one found in Fiesta ST, producing 197bhp and 236 lb ft, making it significantly punchier than the more powerful 153bhp mild-hybrid engine available for the regular Puma.

And yes, the suspension springs and dampers are bespoke and stiffer for the ST, with stiffer bushes in each corner, but Ford didn’t stop there: the front end gets a new anti-roll bar and the rear features a twist-beam that increases stiffness by 50% over the standard Puma.

The handling is altered further with new steering knuckles that help reduce roll while creating a sportier feel, and that’s further affected by a quicker steering rack than you get on the base Puma. All combined, the turn-in response is 25% quicker in the Puma ST, Ford says.

An optional Quaife limited-slip differential is available that works alongside the computer-controlled torque vectoring system to improve cornering grip, particularly on the exit of corners, thereby reducing understeer. This comes with the £950 Performance Pack that was fitted to our test car.

In addition, the 19in rims are fitted with bespoke Michelin tyres, developed specifically for the Puma ST, and have larger sport brakes than found on the regular model.

Which all together sounds like an incredible effort from the Ford Performance engineering team to make a high-sided SUV a decent thing to hustle around a track. But does it all work in combination?

Well, the engine is a cracker — the turbocharged three-pot provides enough torque low down in the rev range to make it very flexible. When pootling at low speeds, you can keep it in third gear mostly.

Which is fortunate because, while the gearbox has a nice feel, Ford has changed to a faster gear ratio for the Puma ST than the one found in the Fiesta ST, to compensate for the SUV’s extra weight. This means that when you do want to put your foot down on an open road, you get to the 6,000rpm peak revs before you know it, meaning you find yourself changing up and down cogs quite a lot of the time.

The steering has a decent feel but the faster rack is quite twitchy, particularly from the straight ahead position, making the car a little too darty for my liking.

There’s no denying that it goes around corners bloody well, though – it’s not so much the reduced body roll but the way it grips the asphalt.  That Quaife differential feeds the front wheels so astoundingly well that you can enter corners carrying far more speed, and exit with far more aggression, than your brain can at first compute. This does make it engaging to drive on the edge, when you find a groove with the gears and steering.

Also good is the Sport button on the steering wheel, which is similar to the N button on the Hyundai i30N, or the M1 and M2 buttons found on the wheel of a BMW M car, and allows you to quickly switch to a sportier driving mode when approaching a fun series of corners without needing to taking your eyes off the road.

Other aspects of the Ford Puma ST don’t sparkle quite as much, though. The interior doesn’t feel very premium, other than an uplift from the carbon fibre-effect panelling. The door inserts are cheap, hard plastic.

And some of the buttons in the Puma ST feel a bit cheap and tacky, too; they reminded me of those you’d find in a Japanese car from five or 10 years ago.

Ford hasn’t really got a handle on the infotainment side of things, either. The screen is too small, the graphics are underwhelming and it’s a little slower to navigate around than other touchscreens out there. Not terrifically so, but the responsiveness of the screen is not lightning-quick.

Other features are also a bit hit and miss. The Puma ST comes as standard with heated seats and steering wheel, but it only has single zone climate control, meaning all passengers will have to agree on a temperature.

What’s more, the Recaro seat is too narrow for my backside, resulting in discomfort from being pinched in the hips. I could perhaps afford to lose a few kilos but my problem is one of frame size rather than pudginess — I’m 6ft 5in tall, with hips to suit, and it’s the bones that feel compressed rather than any backside padding.

The B&O stereo is fabulous, though. Not quite as good as the one available for the Fiesta Vignale but a cut above sound systems found in most rivals – even those of much pricier competitors. And the digital drivers’ display is pleasing both aesthetically and functionally.

I’m not sure why you’d want this over the 153bhp ST Line Puma, though. Fuel economy isn’t such an issue – the Puma ST averaged 31mpg without trying, which is decent for a car that can hit 62mph from standstill in 6.7sec, and one you feel inclined to drive hard every time you hit an open road.

It’s the uncomfortable seats and twitchy handling that make less sense in an SUV like this. More expensive performance SUVs also offer greater flexibility in terms of the ride quality, thanks to adaptive air suspension systems – they can be set to soft and pliant around town but firmer and more sporty when you reach B roads.

That’s the problem with white bread – sometimes it’s exactly what you want but other times you’re hankering for a seeded artisan sourdough loaf.

Which means the Ford Puma ST isn’t the one-size-fits-all car you might think it is. While the Fiesta ST is a sublime concoction that works as a daily driver and a ragged-edge sports car, the Puma ST feels rather more forced and a little uncomfortable in its own skin.

In the end I had to conclude that if you want a high-riding family car, you should get one, but if you want a sports car, get one of those instead. If you want a performance-focused family SUV that works on track and on the school run, you need to fork out more money and look at one of the German brands.

But at the end of the day, you could just buy a Focus ST instead.