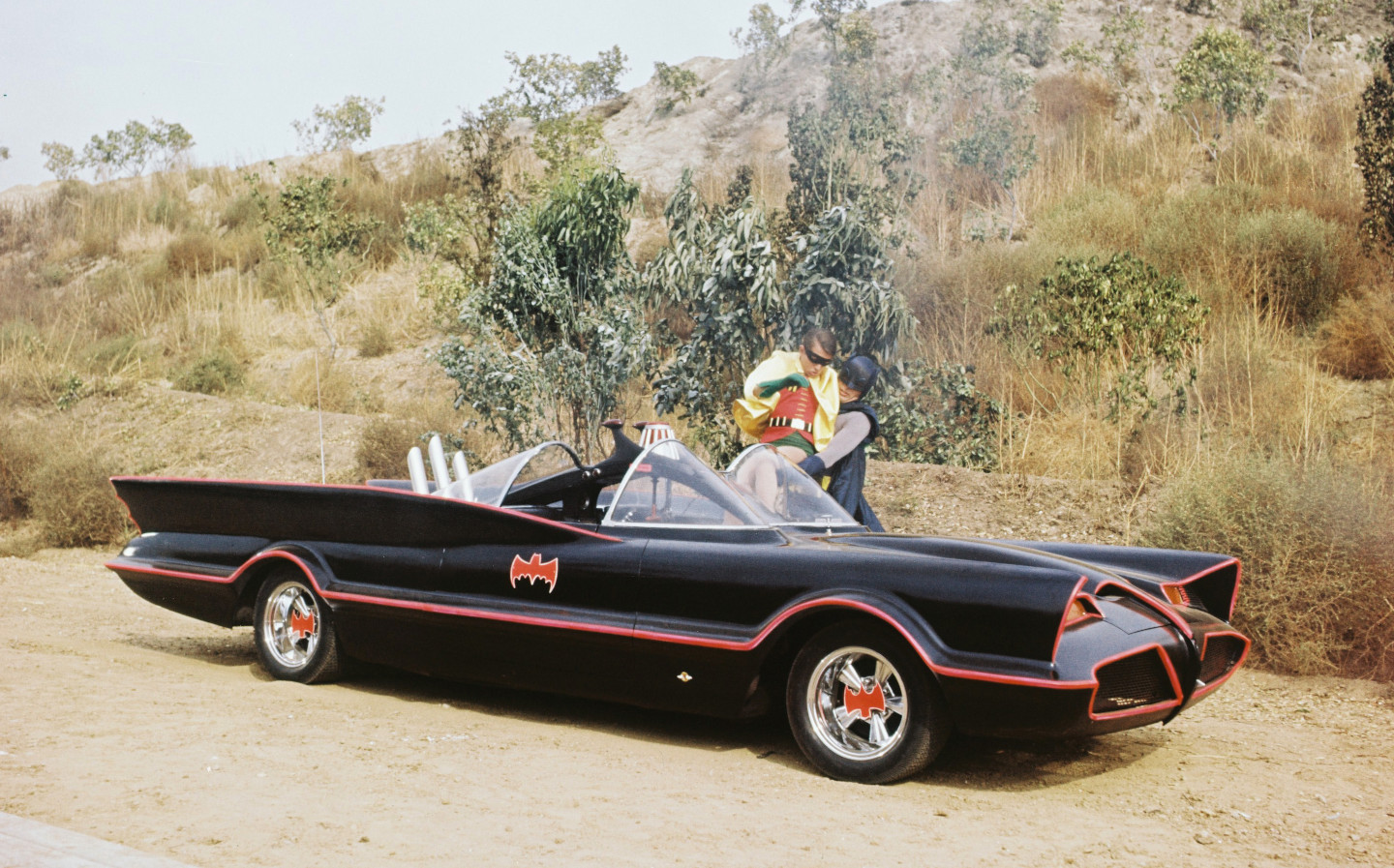 “There’s something incredibly primal about the relationship between man and machine,” says director Christopher Nolan in the introduction to Warner Bros.’ new Batmobile documentary.

It’s a car that has acted as a vehicle for wild concepts throughout the history of the Batman character, undergoing constant reinvention in the myriad comic books, films and video games in which Batman has starred. The documentary, released by Warner Bros. on YouTube, chronicles iterations of the car from the early comics, to the campy 60s TV series, up to the blockbuster Christopher Nolan trilogy.

The first versions of the car, in the comic books, have the elongated bonnet of grand touring cars of the 1930s, which occasionally sported gigantic V12 or V16 engines. More contemporary comparisons could be drawn with the Mercedes-Benz SLR McLaren.

When the character took to the small screen in the ‘60s, with Adam West as Batman, the Batmobile was based on the Lincoln Futura, a car notable for its winged silhouette. “When I first saw the Batmobile, I was kind of in awe,” says Adam West in his instantly recognisable voice, interviewed for the documentary. “It had so many wonderful gadgets and things that it did.” Fictionally of course – the car’s designer pointed out that the car’s “jet burner” was made out of a five-gallon paint can.

The documentary then moves onto what many would call the pinnacle of the Batmobile – the one driven by Michael Keaton in Batman, directed by Tim Burton and released in 1989. “The intention of the Batmobile was to look as imposing as possible,” says Burton, another big name on the documentary’s list of interviewees.

In archival footage, Anton Furst, the film’s production designer, says: “We just went into pure expressionism with the car in the end.” The design took elements of Land Speed Record cars and Corvette Stingrays of the ‘50s, built around the box chassis of a Chevrolet Impala and an Oldsmobile Cutlass, which were cut in half and had their prop shafts extended.

As a final touch, the front lights of a Honda Civic were added – upside down – and eight tail lights from the Ferrari F40 were added to the back. The result is undeniably iconic, fitting perfectly with Tim Burton’s gothic aesthetic.

“The design that we finally ended up with – which I love – is just sort of unexpected,” said Burton. “It had made us laugh because it was tough, it was kind of perverse, it had a weird quality to it that I can’t quite put my finger on. And it still had the bat motif to it, but something else… an aggressive thing. The paint job, the texture, had a gunmetal quality to it, to give it that scary, aggressive persona.”

Mercifully ignoring the ill-fated Ben Affleck films, the documentary finishes at the grungy Christopher Nolan-directed trilogy, which went for a decidedly more military-appropriate vehicle. The “Tumbler” focused more on having a “credible” design, with a source that made sense, fitting the gritty realism of the films. Christopher Nolan says that he wanted something “that had the profile of a Lamborghini but was combined with the weight and feel of a Humvee.”

The documentary does brilliantly in not only documenting the car’s constant reinvention, but also its enduring allure. “The Batmobile represents freedom, in a way,” says Tim Flattery, who designed the Batmobile in Batman Forever (a vehicle and a film that many wish to forget). “Because as a kid, you can completely lose yourself in the fantasy of being that character and getting to drive that car.”

Inevitably, the documentary has sparked conversation about what the newest iteration of the vehicle will look like, in the upcoming film starring Robert Pattinson (R-Batz), The Batman, which releases in June 2021. The film will document Batman’s early years, and the car has fittingly taken on a silhouette a bit more similar to the winged shape of the early models.

Revealed by director Matt Reeves on Twitter at the beginning of March, the newest iteration forgoes the military utilitarianism of the Nolan-era vehicle in favour of pure American muscle. It has something of a Mustang-ness to it, and is definitely more car than it is military vehicle, with an exposed engine on the rear that looks like it has the jet burner of former cars.

It has reportedly been designed by Ash Thorps, who has also worked on The Amazing Spider-Man 2 and Total Recall. It certainly doesn’t have the hyperbole of the eighties edition, or the innocence of the sixties one, but we’ll have to wait until next year to pass full judgement.

Poll: What car would you HAVE to own if you were a Sunday Times Rich List billionaire?