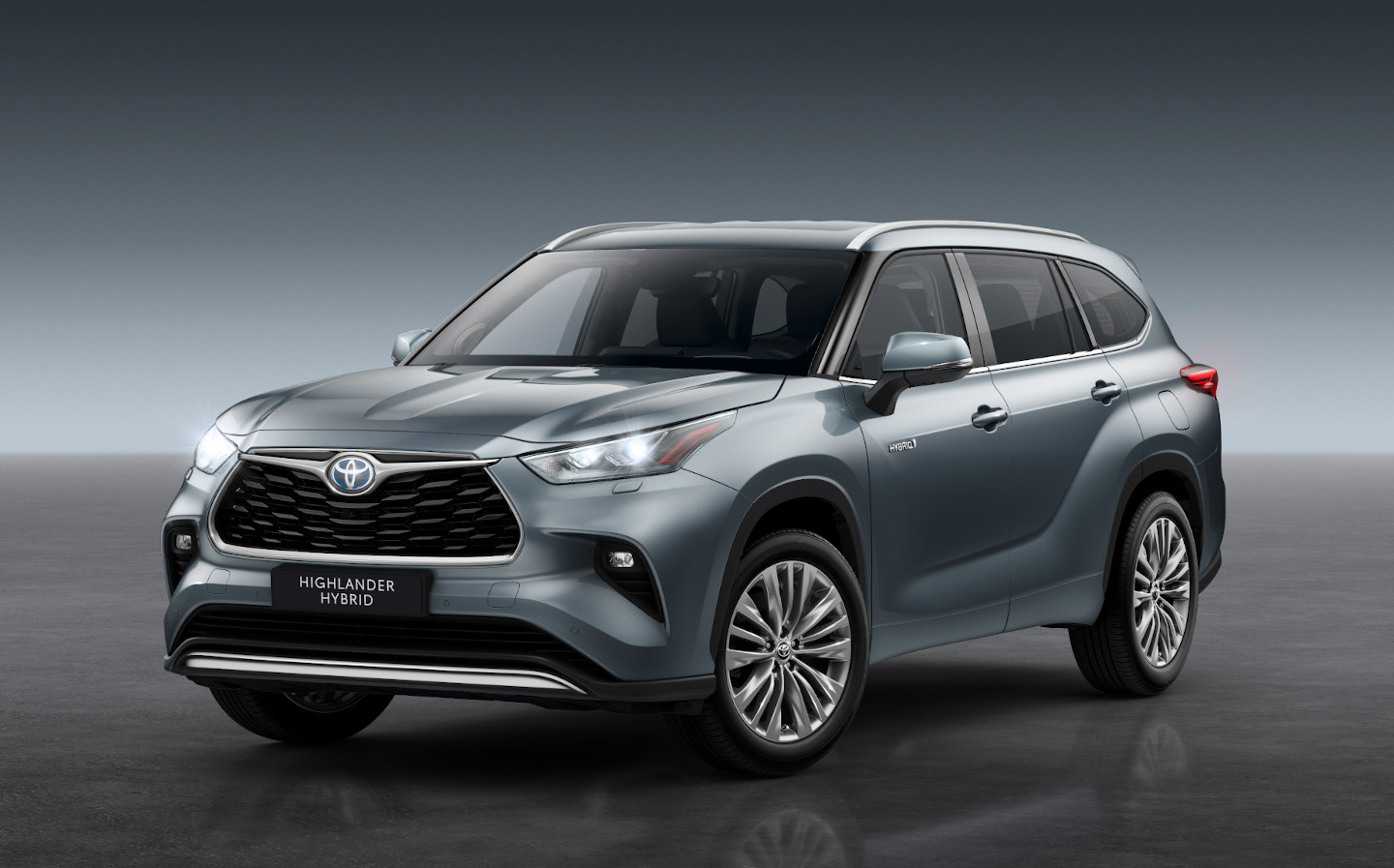 TOYOTA has announced that the seven-seat Highlander SUV will be available for purchase in the UK from next year, exclusively with a hybrid powertrain.

Using the same underpinnings as the Lexus RX, the Highlander is the largest hybrid SUV the Japanese car maker offers, with a length of nearly five metres (4,950mm), a width of 1,930mm and plenty of cabin space thanks to a 2,850mm wheelbase (the distance between the front and rear axles). Boot space is also significant, with 658 litres in when the third row of seats are folded down and a whopping 1,909 litres with the second row folded.

America loves both SUVs and Toyotas and the country has embraced the Highlander, with Toyota selling 239,437 units in the US last year. This made the Highlander the country’s second bestselling “mid-size” SUV (we class it as large but everything is bigger in America, of course), narrowly missing out to the Jeep Grand Cherokee.

A significant number of the SUV’s sales in Amercia are of the petrol-powered version (which comes with a 3.5-litre V6 as standard), but the Highlander will be exclusively available on the UK market as an all-wheel drive hybrid, with a 2.5-litre petrol engine working in concert with front and rear electric motors to produce 241bhp.

The introduction of the Highlander will provide another option for large families looking for a spacious car without a “people carrier” silhouette, like that of the Ford Galaxy or VW Sharan. It will face competition from the Peugeot 5008, Kia Sorento, Skoda Kodiaq and Nissan X-trail, although none of those offer a hybrid option at present.

Toyota has not yet revealed the price of the Highlander though it will almost certainly undercut the upmarket seven-seat Lexus RX L Hybrid, which starts at £52,855.

Other luxury alternatives include the Range Rover Sport and Volvo XC90, both of which have plug-in hybrid options (so have larger battery packs and offer a longer pure-electric driving range) and cost from £65,295 and £67,495 respectively.

The Highlander isn’t devoid of luxury, however. Premium features include a multimedia system with Apple CarPlay and Android Auto compatibility, a head-up display, sat-nav, wireless phone charging, and USB ports for first and second row passengers.

Toyota also emphasises the quietness of the interior. There are silencers in the roof, dashboard and floor, as well as liners in the wheel arches and load space. It’ll be even quieter if you switch to EV mode (for very limited distances), one of several modes including Trail and Sport.

It has the safety features you’d expect in a modern family SUV, including a pre-collision system with active steer assist, pedestrian and cyclist detection and lane departure alerts.

Although suitable for large families, as usual with seven-seaters the two rearmost seats are suitable only for children as they can feel a little cramped, according to some reports.

Toyota recently celebrated the milestone of selling 15m hybrids, approximately 4.5m of which were of the ubiquitous Prius, which first went on sale in 1997. The Highlander will join the C-HR and the Rav-4 in Toyota’s range of hybrid SUVs, which will be joined by the smaller Yaris Cross next year.