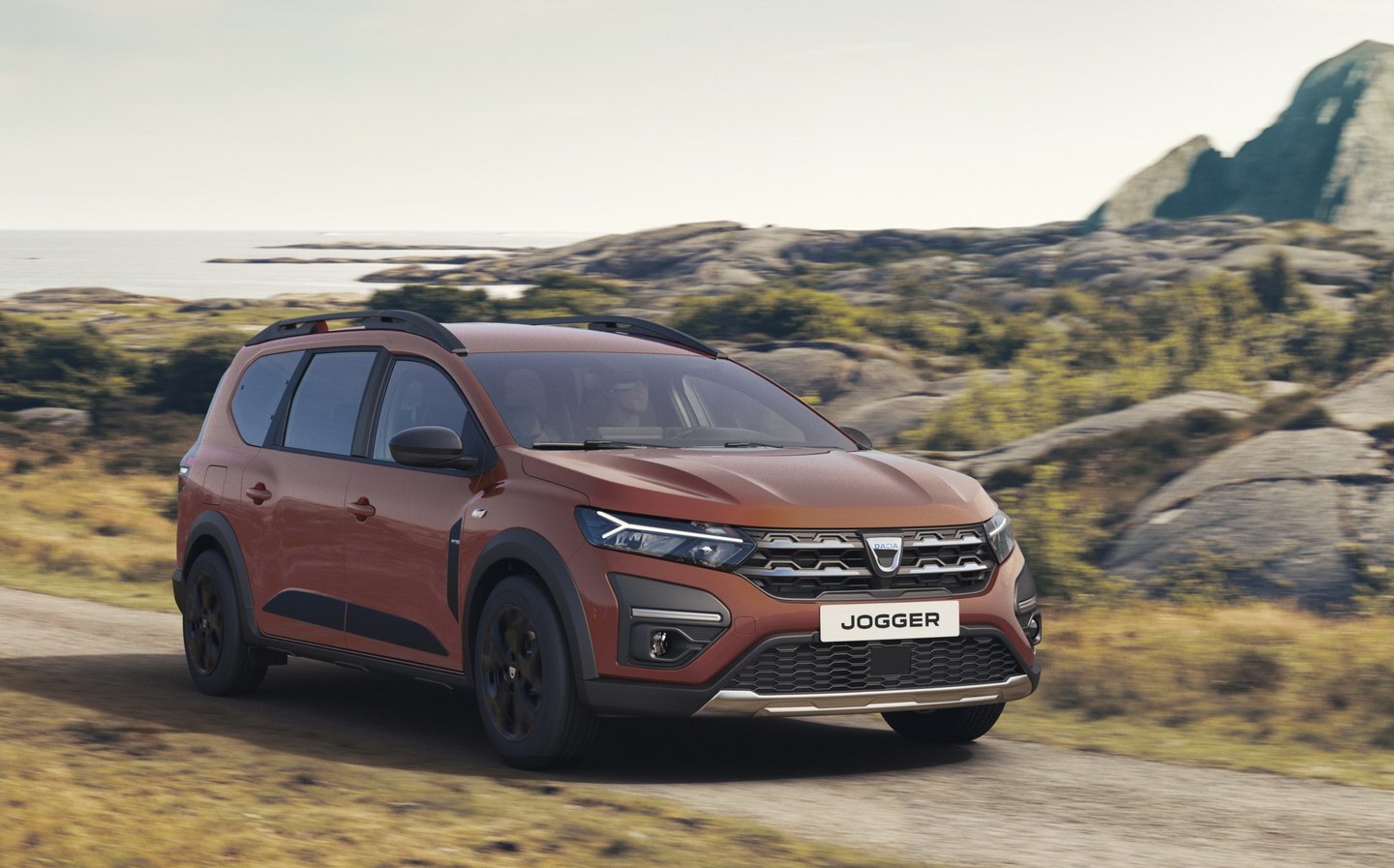 THE DACIA Jogger, a new seven-seat MPV that’s designed to take on van-based MPVs such as the Citroën Berlingo and Peugeot Rifter, will launch in the UK early next year.

The Jogger is a new model but Dacia isn’t a beginner when it comes to people carriers, because in Europe this car replaces the Lodgy MPV.

The front end of the Jogger is the same as that seen on the latest Dacia Sandero and Sandero Stepway models, with Y-shaped LED daytime running lights and a broad grille.

The Jogger copies the Stepway elsewhere, with 200mm of ground clearance and a chunky SUV-inspired appearance, black plastic wheelarches, skid plates for the bumpers and a set of roof rails that can be turned through 90 degrees to create roof bars.

From the trailing edge of the front doors back, the Jogger gets a squarer profile than the Sandero, with a raised top line for the windows, while the large back windows have a distinctive kick to the sill, which is a styling cue that’s found on the Duster SUV — a new version of which is due soon. 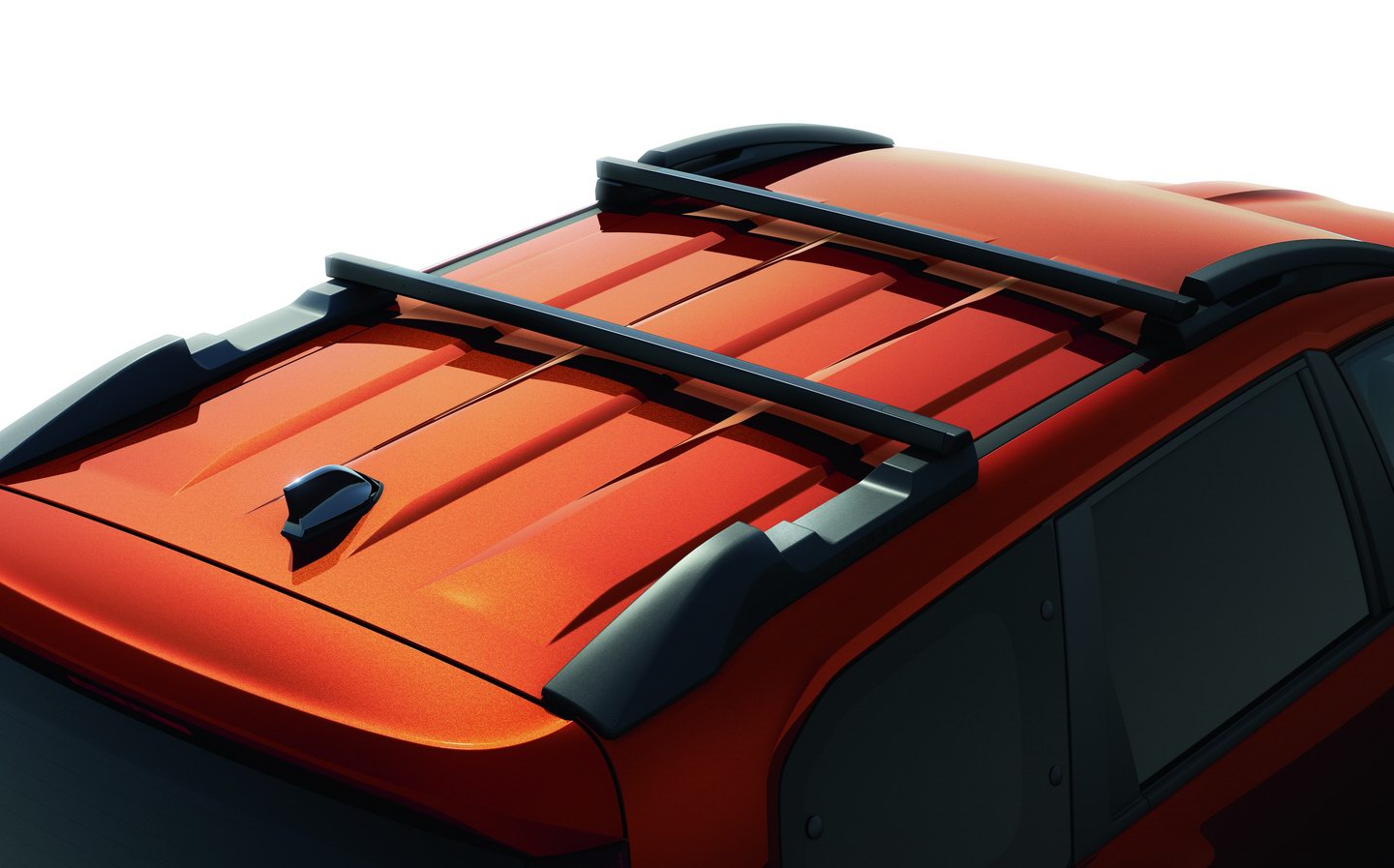 The Jogger is 4.5m long, making it the longest model in the Dacia line-up, which means it should offer plenty of interior space.

Inside, the similarities with the Sandero continue, as the Jogger features the same dashboard and a comparable list of technology. Top-spec versions get an 8in touchscreen with navigation and fully wireless Apple CarPlay and Android Auto phone connectivity, while more basic versions come with a phone cradle and high-set USB socket.

Dacia claims there’s enough room for seven adults to fit comfortably inside, and the split-folding seats have up to 60 different configurations. Fold them all flat, and there’s 1,819 litres of space on offer, while boot space in five- and seven-seat modes is 712- and 213 litres respectively.

The middle row of seating tips forward to get to the rearmost two seats, while the Jogger’s long doors boost accessibility. There are Isofix child seat mounts in the middle row, as well as a 12-volt socket, while higher-spec models also have tray tables attached to the front seat backs. 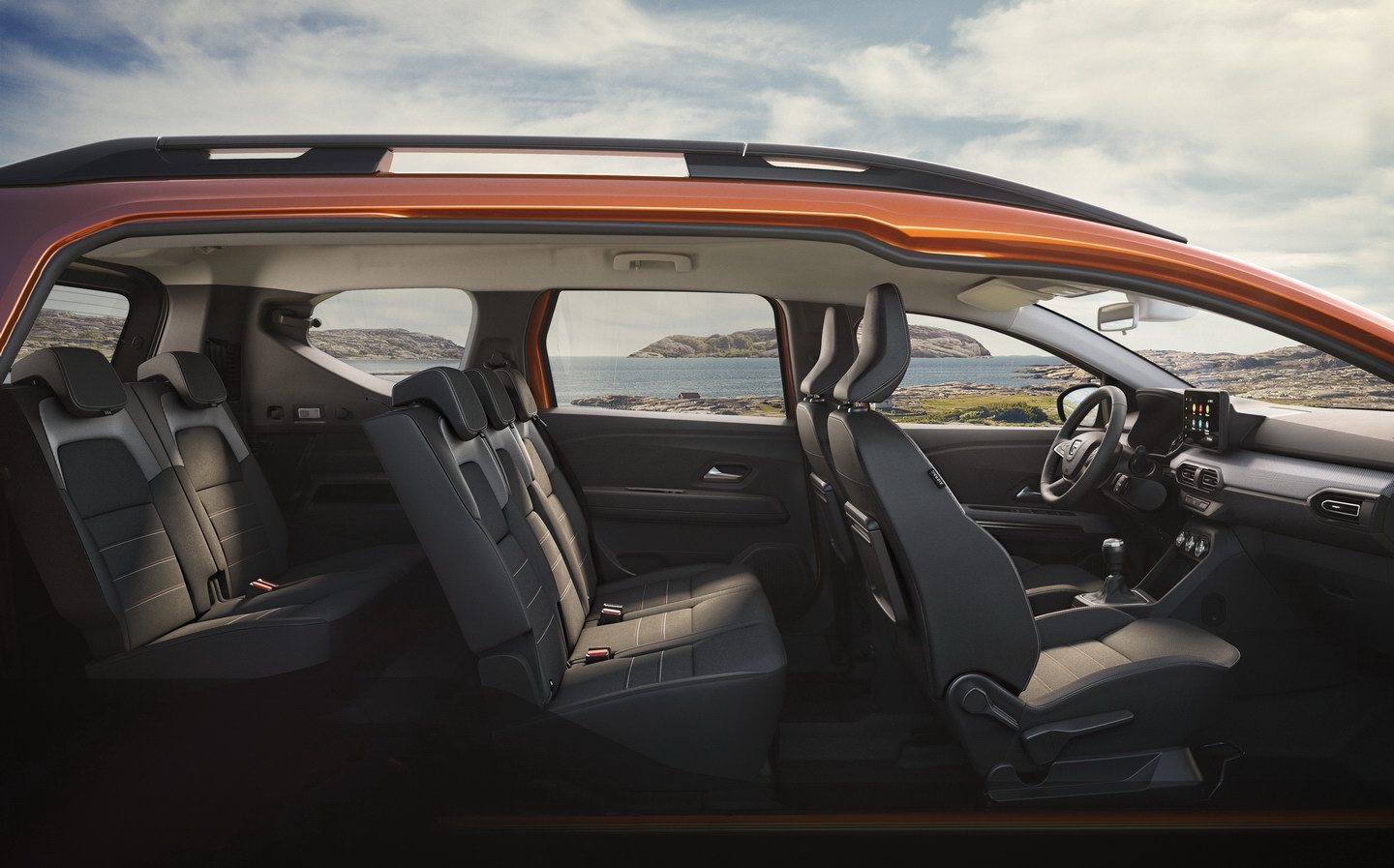 All versions of the Jogger feature 24 litres of cabin storage, including a seven-litre glovebox, six cup holders, door pockets front and rear that can hold a one-litre bottle, plus a 1.3-litre storage cubby under the armrest between the front seats.

Power for the Jogger comes from a new version of the TCe three-cylinder petrol engine found in the Sandero. For the Jogger it makes 108bhp – up from 89bhp in the supermini.

Dacia’s LPG-compatible TCe 100 Bi-Fuel engine will also be available, while in 2023 the Jogger will become the first hybrid Dacia when it gets a 1.6-petrol engine, twin electric motors and a 1.2kWh battery.

For now, pre-orders for the Jogger begin in November, with first deliveries in the UK expected in early 2022.