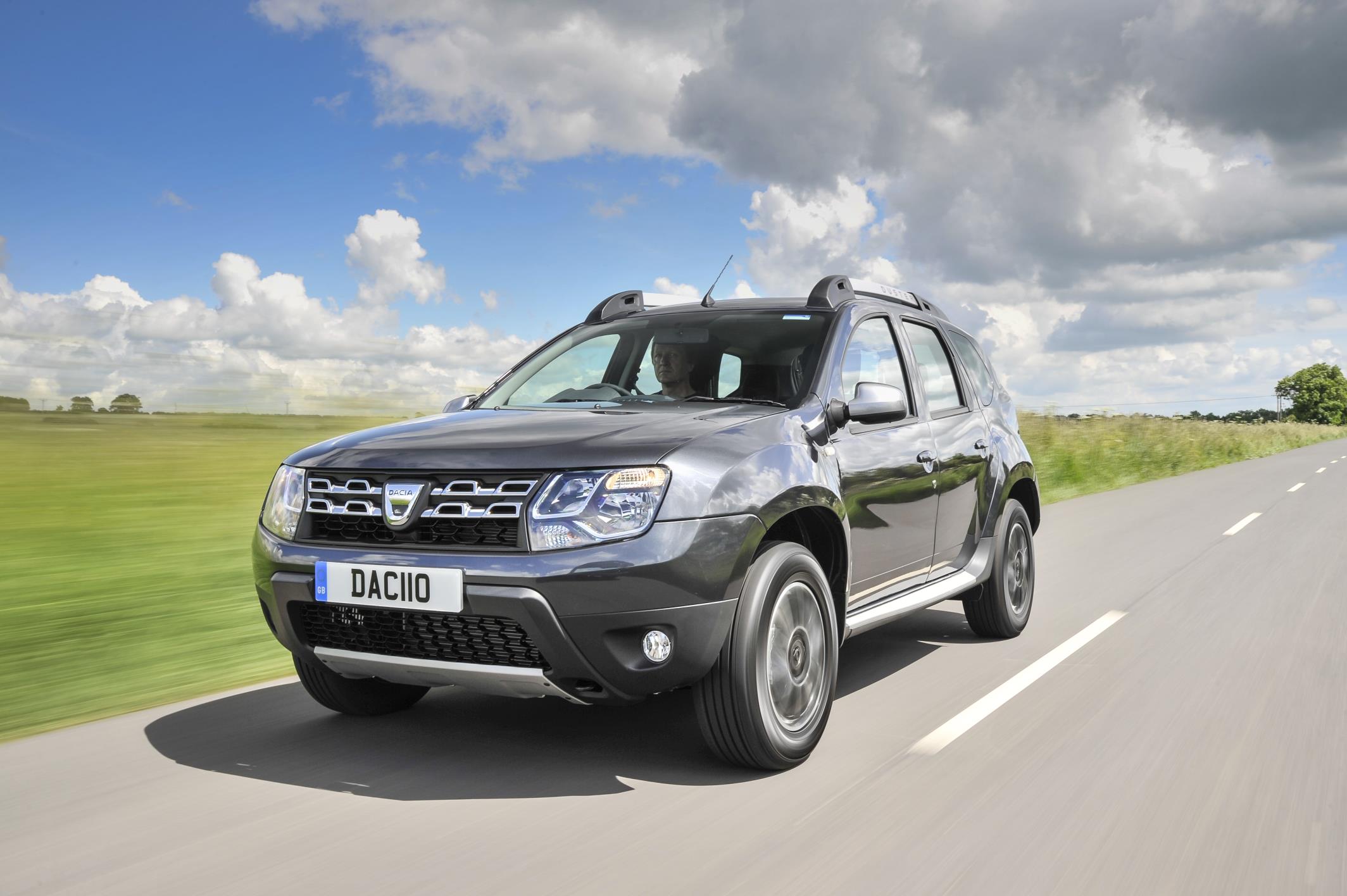 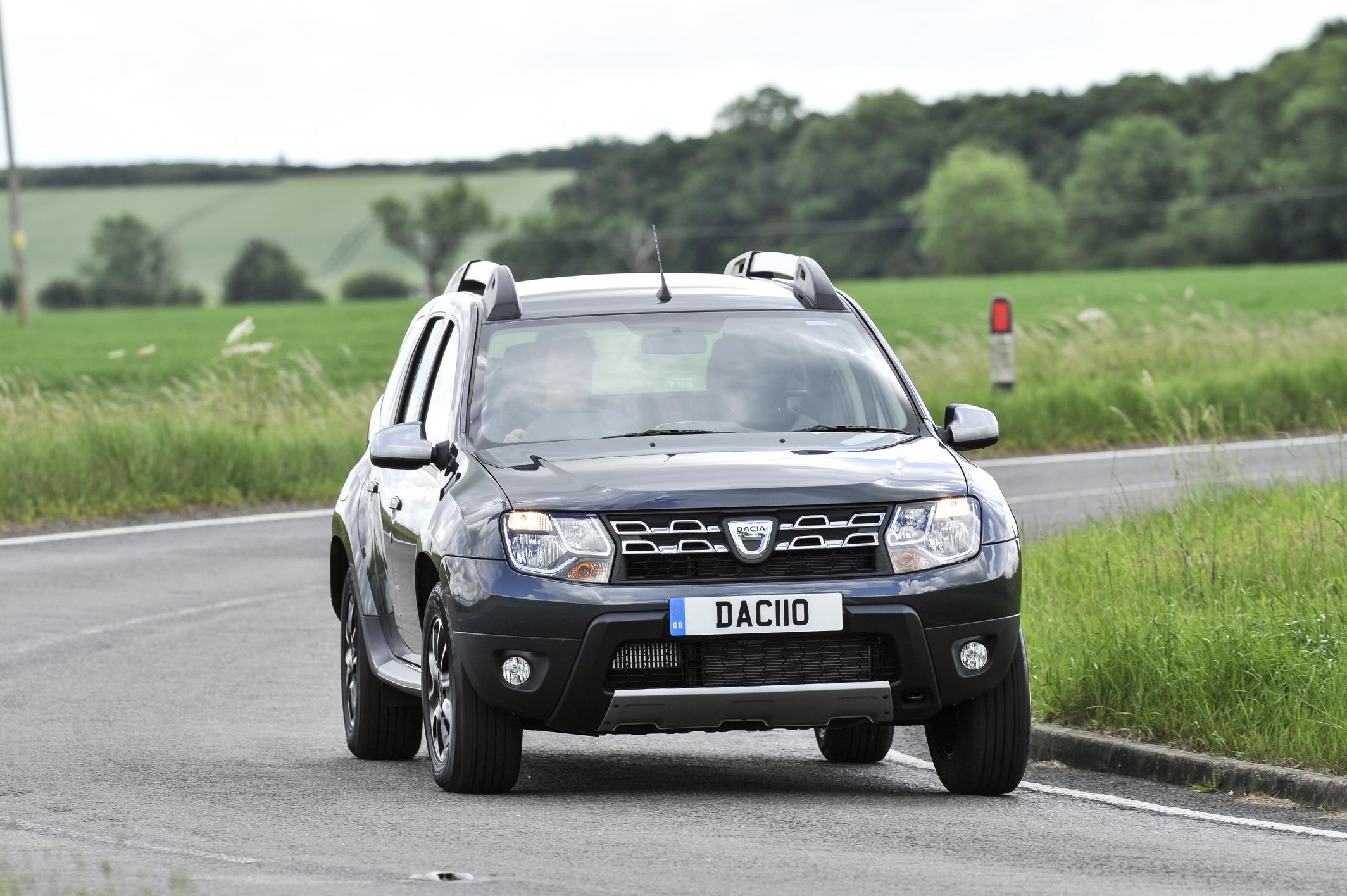 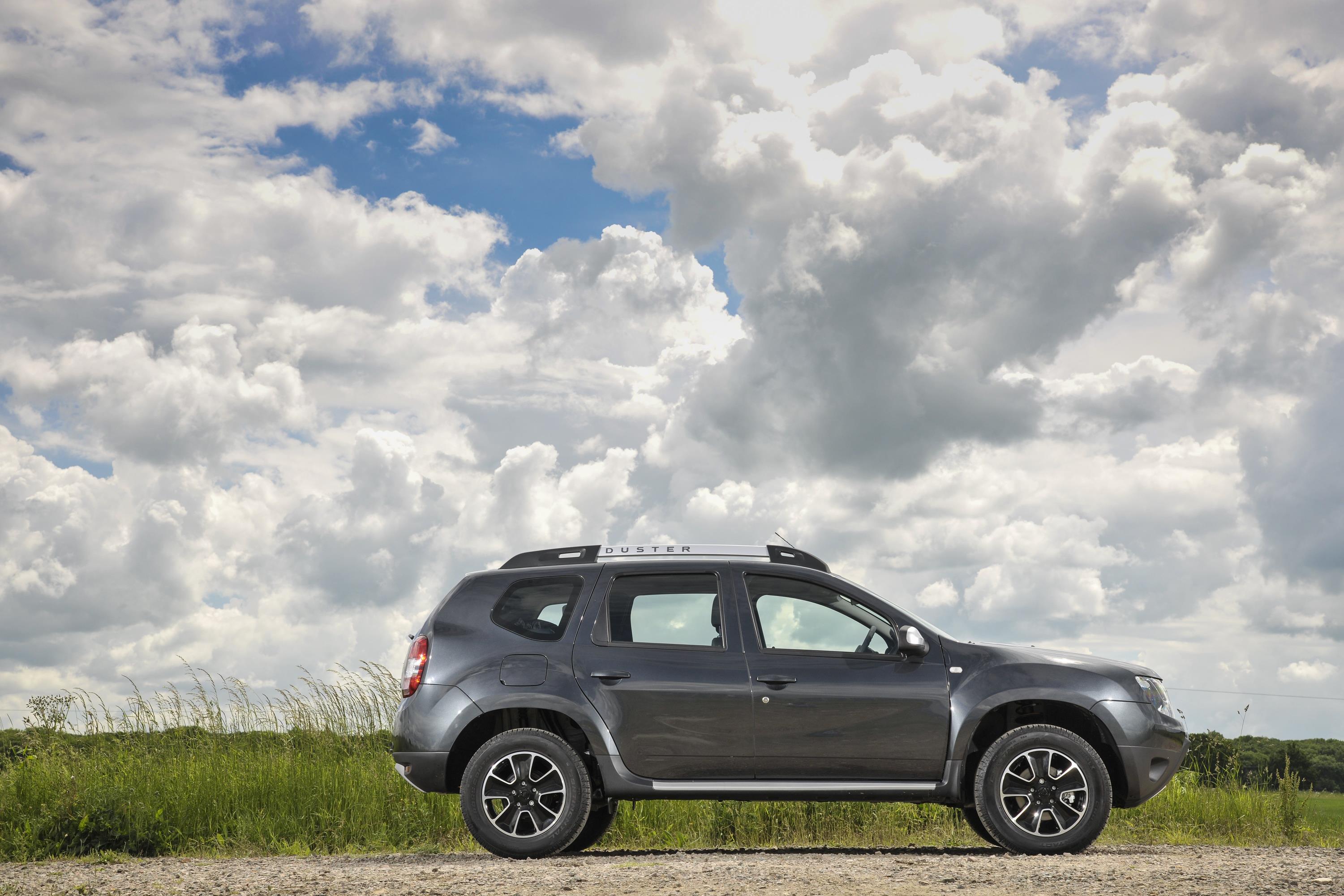 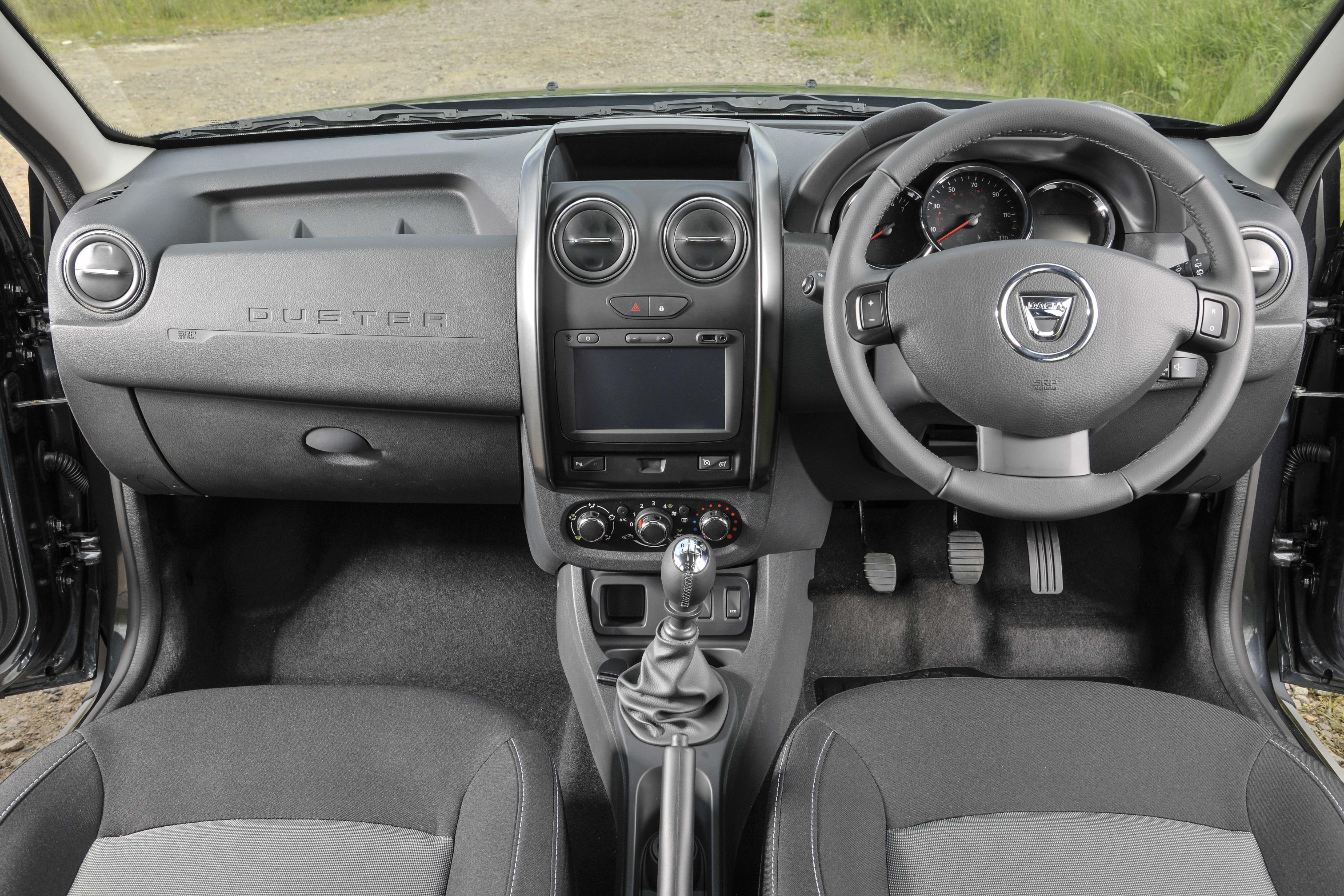 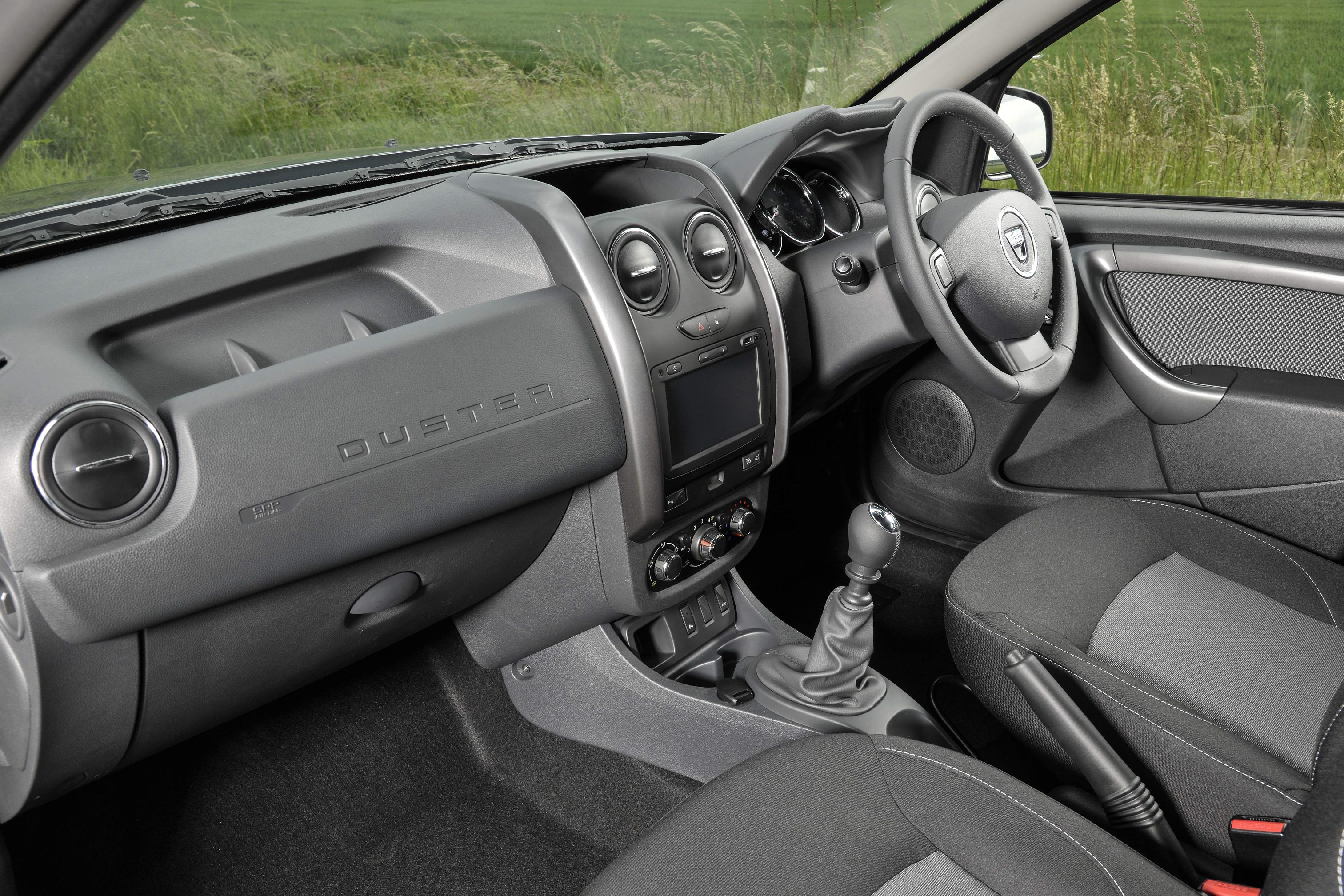 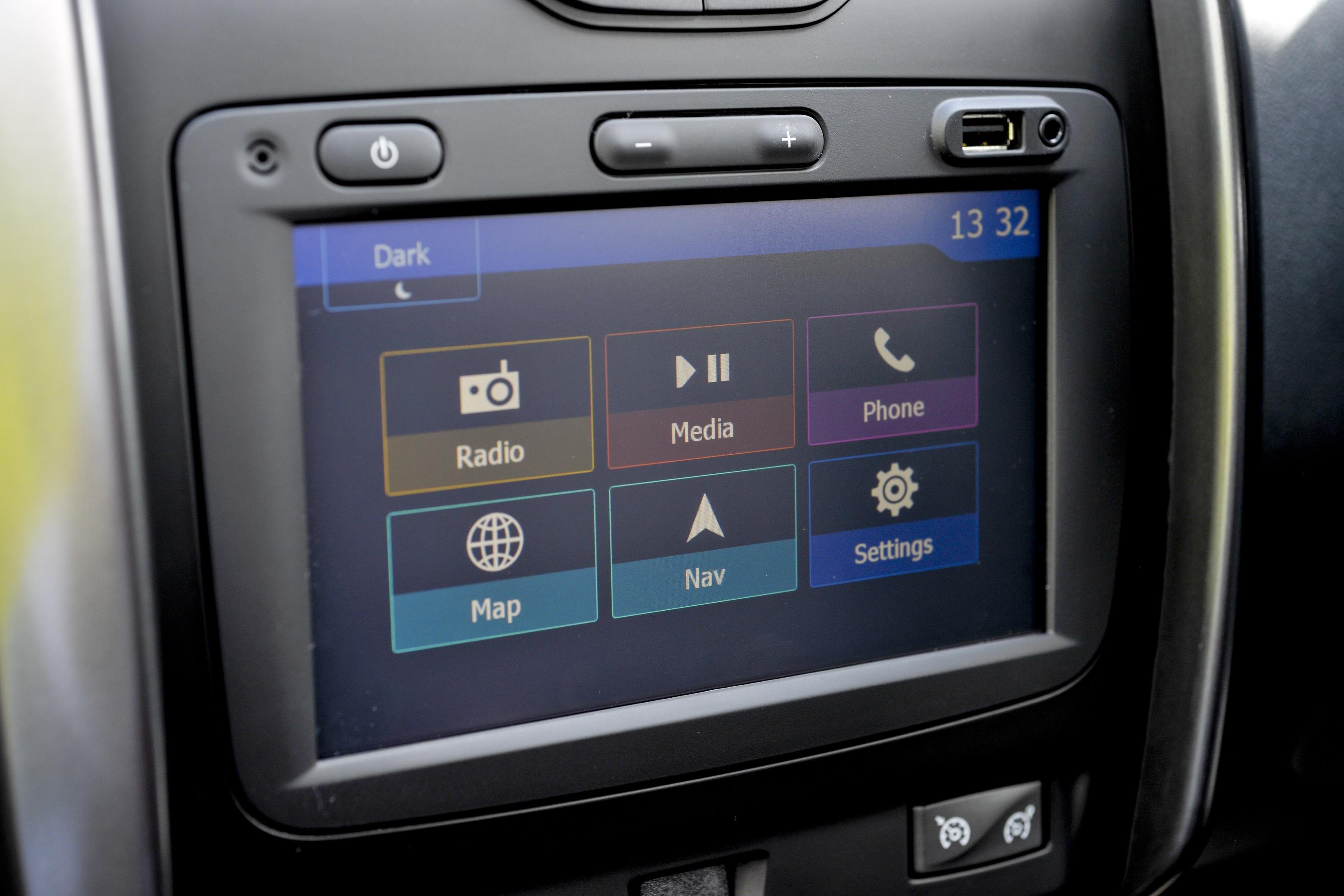 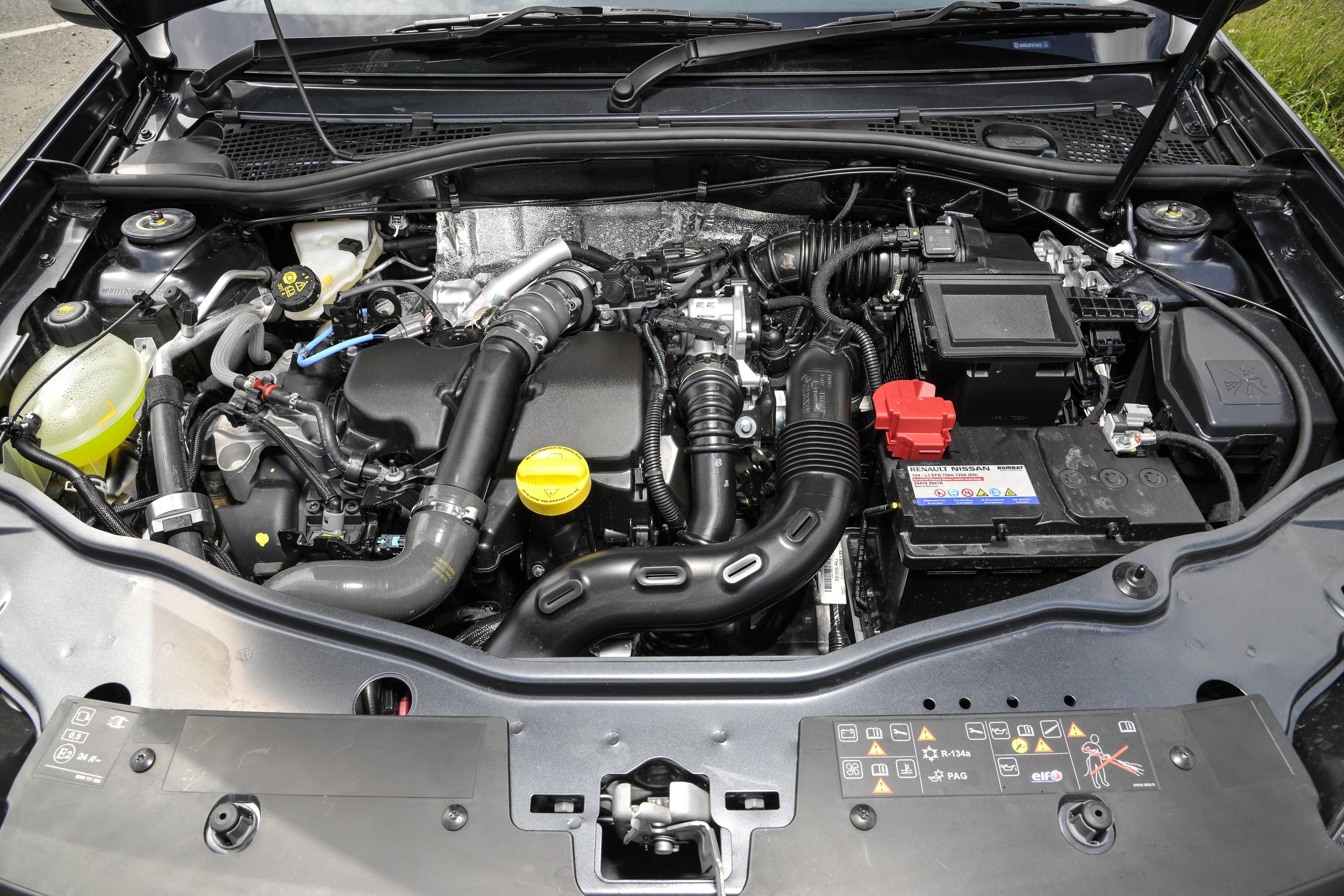 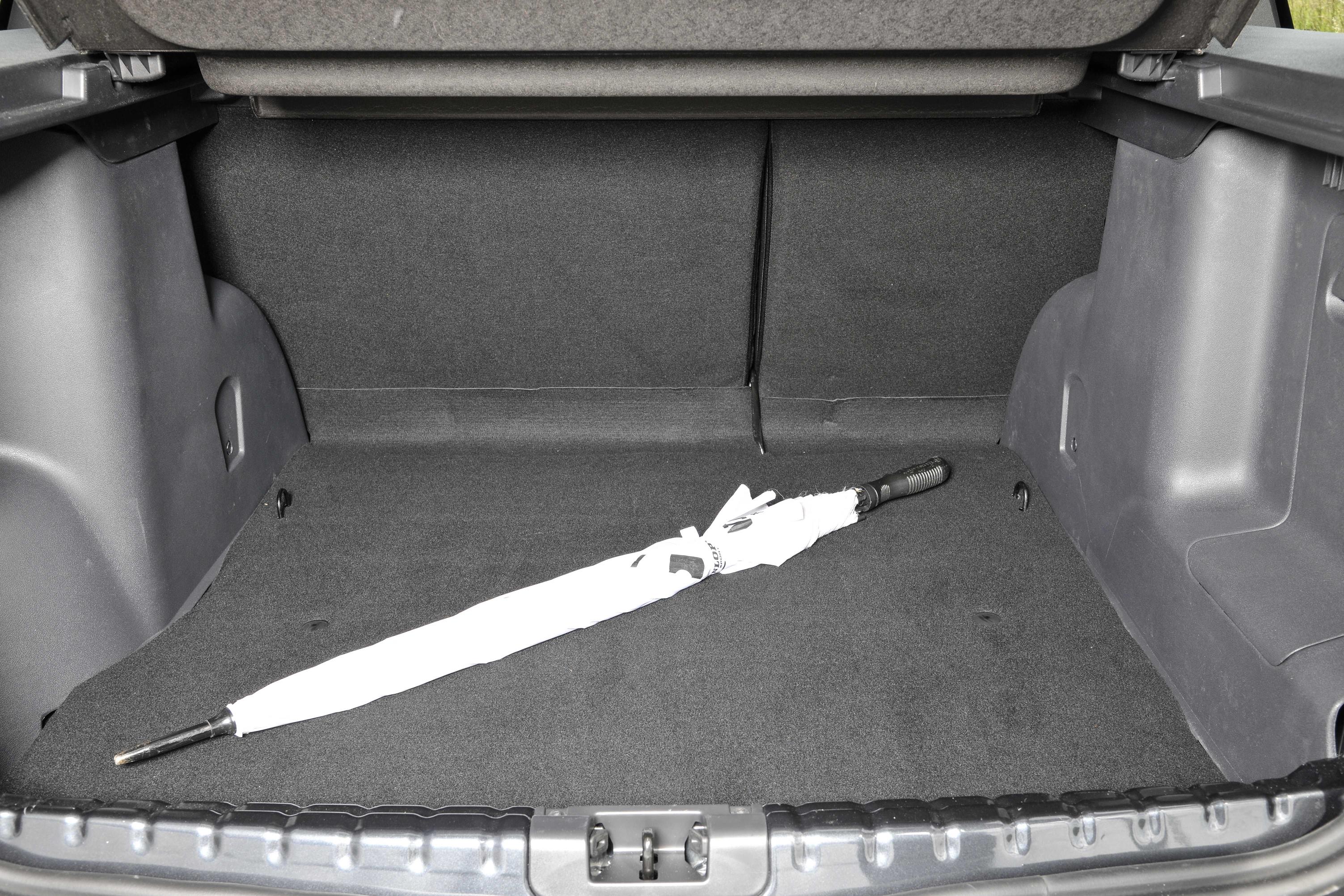 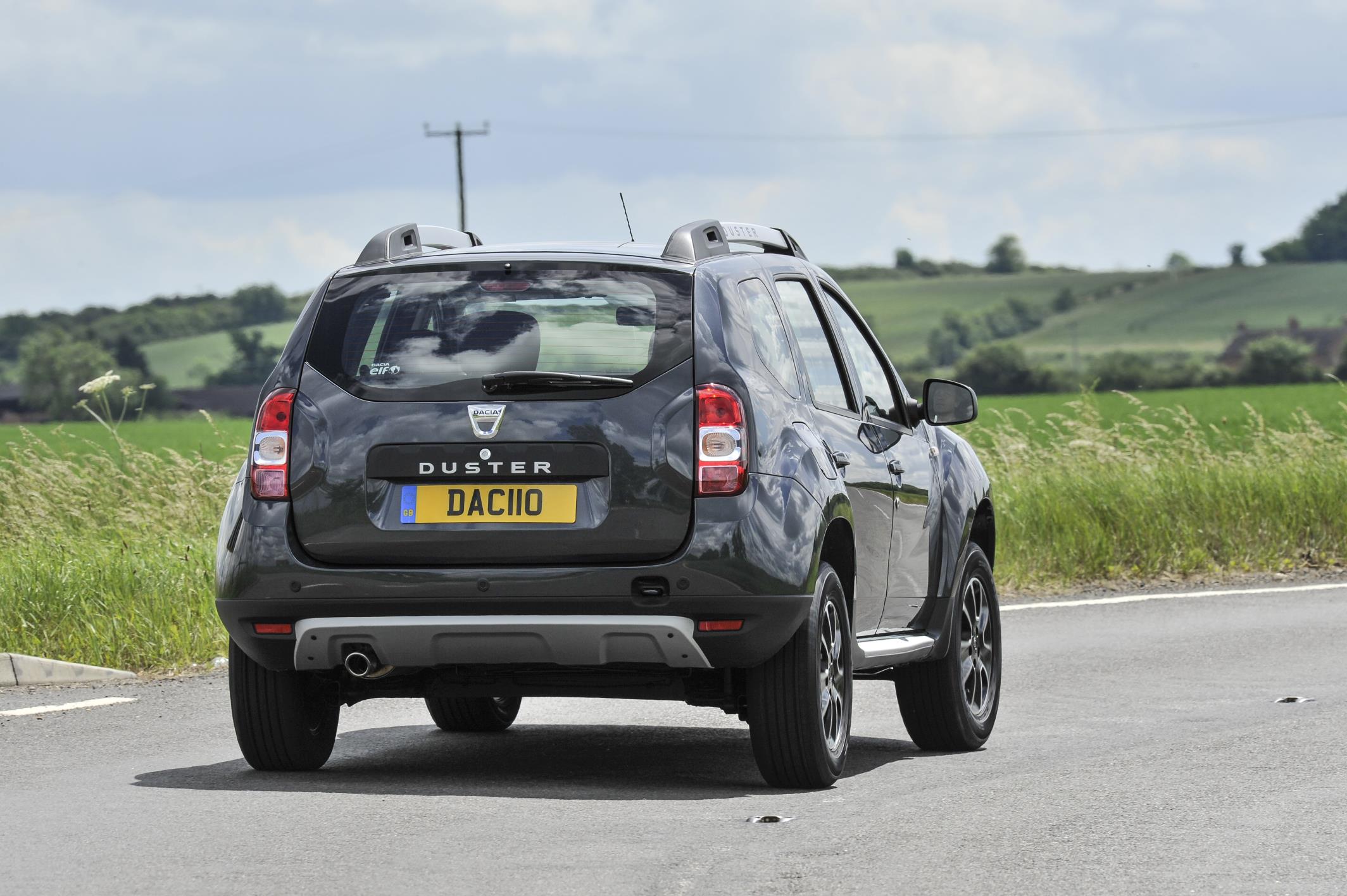 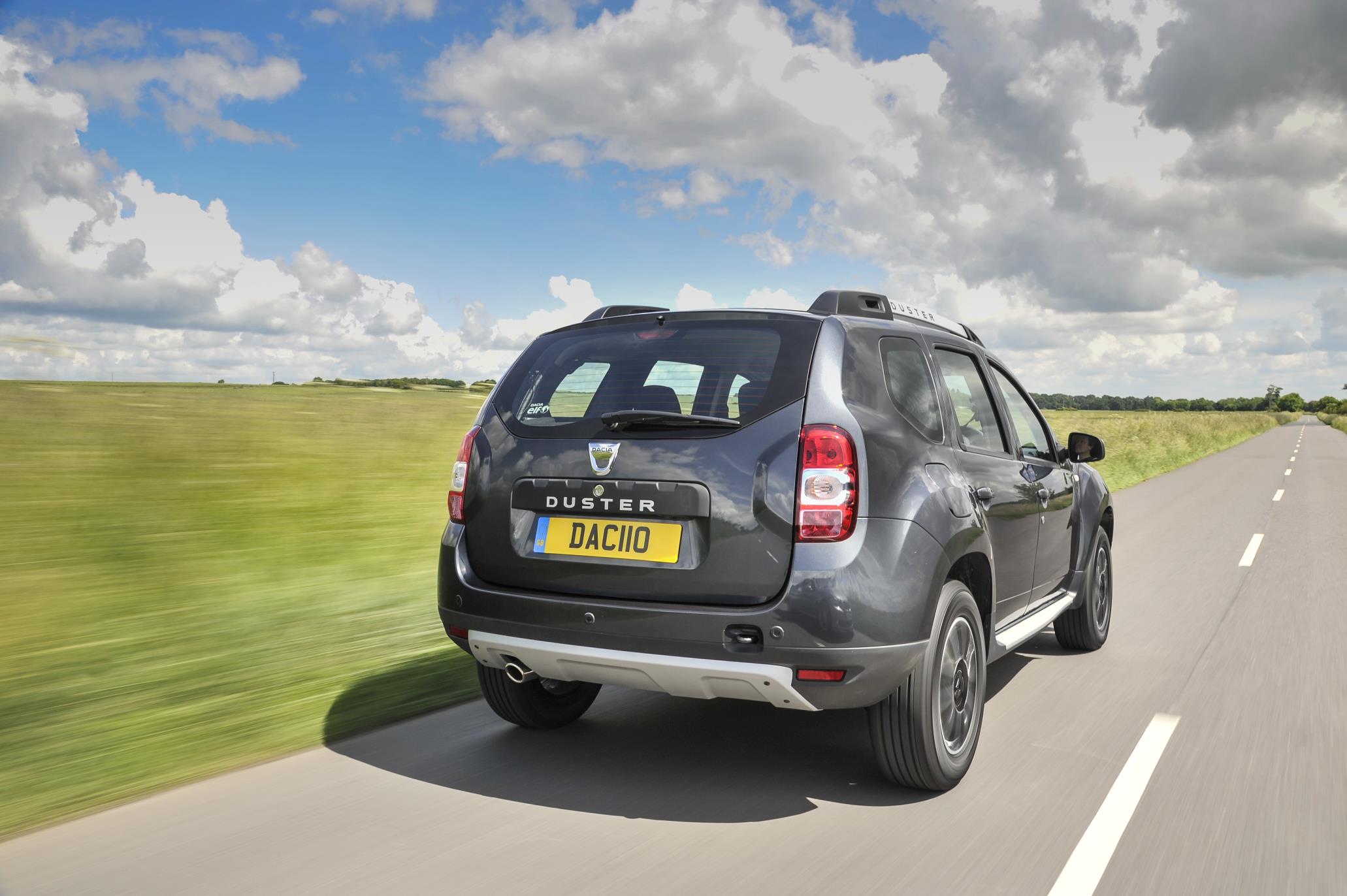 I HAVE a secret soft spot for the Dacia Duster. It’s probably because I can’t ever see that name on the road and not start laughing. I totally understand what the company was trying to do; it wanted a name that screamed off-road capabilities, that “sports utility” vibe. So it hired some exorbitant branding firm to come in and brainstorm names. After a long week at a top hotel, the branding folk went home with a big hangover and a colossal cheque. Dacia was left with their consensus: the “Duster”.

The name is irrelevant to the vast majority of people buying this vehicle because they are also non-English-speaking and love the fact they are getting an SUV at a rock-bottom price. It reminds me of my friend who moved to Taiwan and set up a cheap-as-chips school that he named Big Brain English School — he cleaned up.

Browse the used Dacia Dusters for sale on driving.co.uk

I tested the first Duster to be released in the UK in 2012. Back then it was being pitched as the cheapest SUV on the market and I was very impressed with it. For just under £9,000 you could get yourself a surprisingly nice, no-frills vehicle, and this got a lot of people’s attention.

Now there is a newer version out but it still has the same philosophy of no frills (unless you want them). This was the car that rolled up my drive and gave me a wink in a “Haven’t we met before?” kind of way.

In post-Brexit-vote Britain, however, might the Duster not irritate 52% of the populace? After all, it’s a Romanian that’s “coming over here” and undercutting our British-built SUVs. It’s bound to have relatives that will soon want to join it too, and you can put a hell of a lot of picked fruit in the spacious boot.

“I saw one driving around town looking at girls in a funny way,” read one post I’ve just made up.

“I saw a Duster signing on and then sitting in a pub spending its social security cheque,” said another totally fictional blog post I didn’t read.

Notwithstanding, I piled the family into it and we set off on a very important mission. When I say important, it was actually to try to buy a swimming pool for my pig, Wilbur.

He used to live in a Wendy house in a back garden belonging to a family in Cheltenham until he started to grow much bigger than he should have. When the vet was called, he announced Wilbur was not a pure, diminutive kunekune, as originally thought, but was at the very minimum half wild boar.

He could therefore no longer live in Cheltenham, so we agreed to host him on our farm. He has lived happily here ever since — except for the fact that he tends to lose his coarse black hair in the summer and gets very sunburnt.

The answer was obvious: we needed to get him some sort of pool he could soak in before rolling in the mud that serves as his organic sunscreen. So we set off in search of such a thing. The only place to go when faced with this sort of rural conundrum is Countrywide, a store that seems to sell everything a smallholder might need.

Once out of our property, I took the Duster along a little dusty track to see if this might freak it out. It coped very well, though admittedly it was no Range Rover, in that it was all a little bumpy and less comfy. On the other hand, no lights started flashing frantically, asking me to ring the garage so it could charge me 14 grand for some part that needed replacing as a result of being taken “off road”.

Nobody resented us driving past and, should I leave it in a Gloucester car park with the doors open and the engine running, our local joyriders would ignore it

We drove on, down tight, windy roads and I rather enjoyed being in a manual SUV that actually did what I wanted it to. When we went past a couple of ramblers, the Duster was low-key enough for them not to give us that “bloody flash townies” look that you get in anything resembling a Chelsea tractor. It sort of fitted in and we went largely unnoticed.

Nobody resented us driving past and I also felt confident that, should I leave it in a Gloucester car park with the doors open and the engine running, our local joyriders would ignore it in favour of something a touch more flashy.

Once we arrived in Bourton-on-the-Water (or Japanese-Coach-Party-Fly-Trap, as it’s known), we headed for Countrywide. There were the typical customer vehicles in its car park: a couple of pick-ups, an old Honda and two dirty Toyotas. Mostly it was people such as ourselves, buying chicken feed in those faded checked shirts that only farmers wear.

The Duster got a couple of surprisingly admiring glances and a man even approached me in a very un-British way to ask whether he could have a look inside. I agreed and he seemed impressed.

“Oh,” he said, in a disappointed manner, and wandered off looking a lot less impressed. I can’t be sure but I’m fairly confident he voted for Brexit. I might be generalising — but I do that a lot.

Once inside Countrywide (I’ve now mentioned the store so many times, I’m hoping for a serious discount) we managed to get the materials needed to build a porcine pool and we piled these, along with some large bags of animal feed, into the back. The Duster did not complain and we headed home in high spirits.

The long and short of it is that this is a seriously well-priced and decent SUV that does everything you need it to do. Even pigs love it.