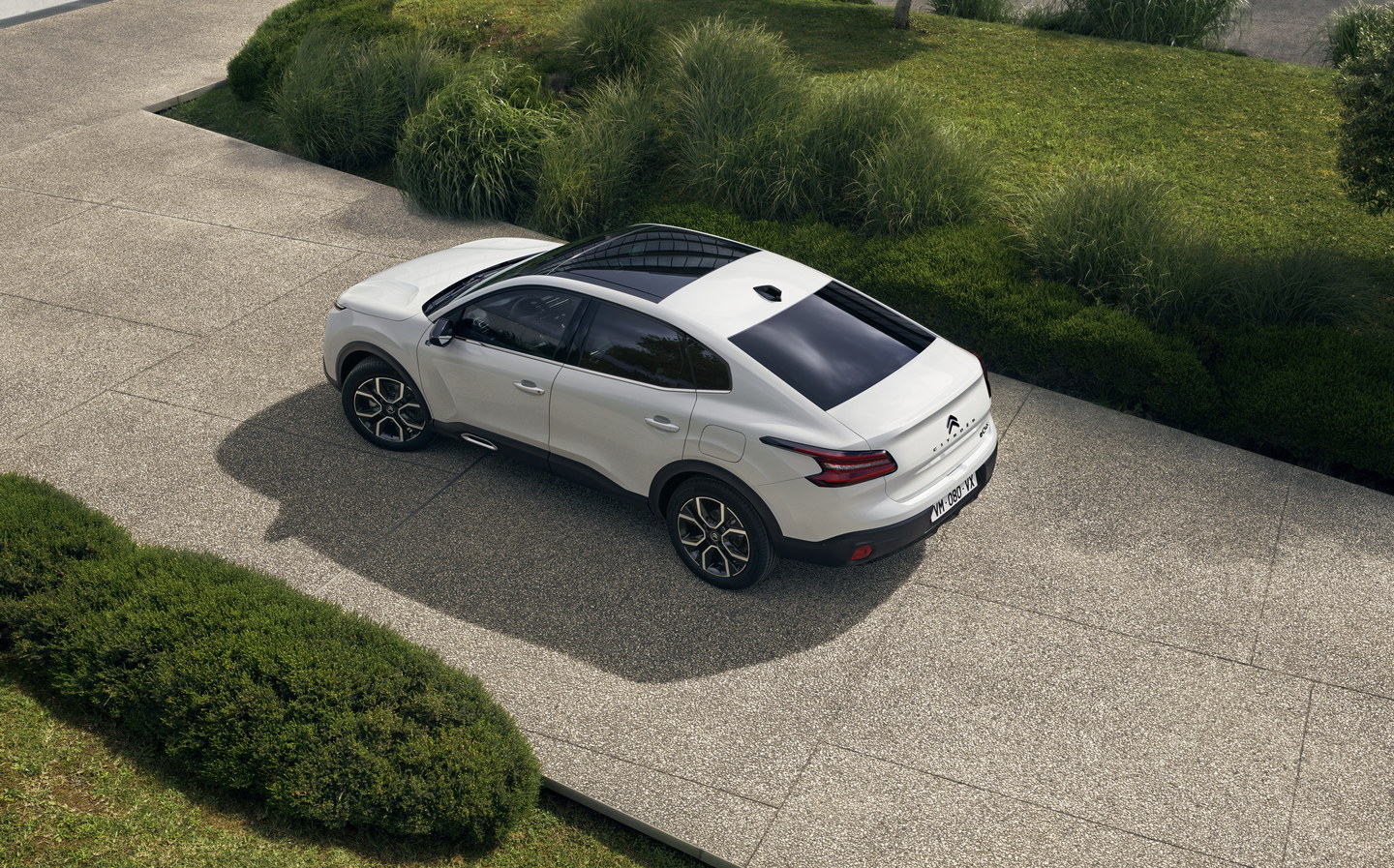 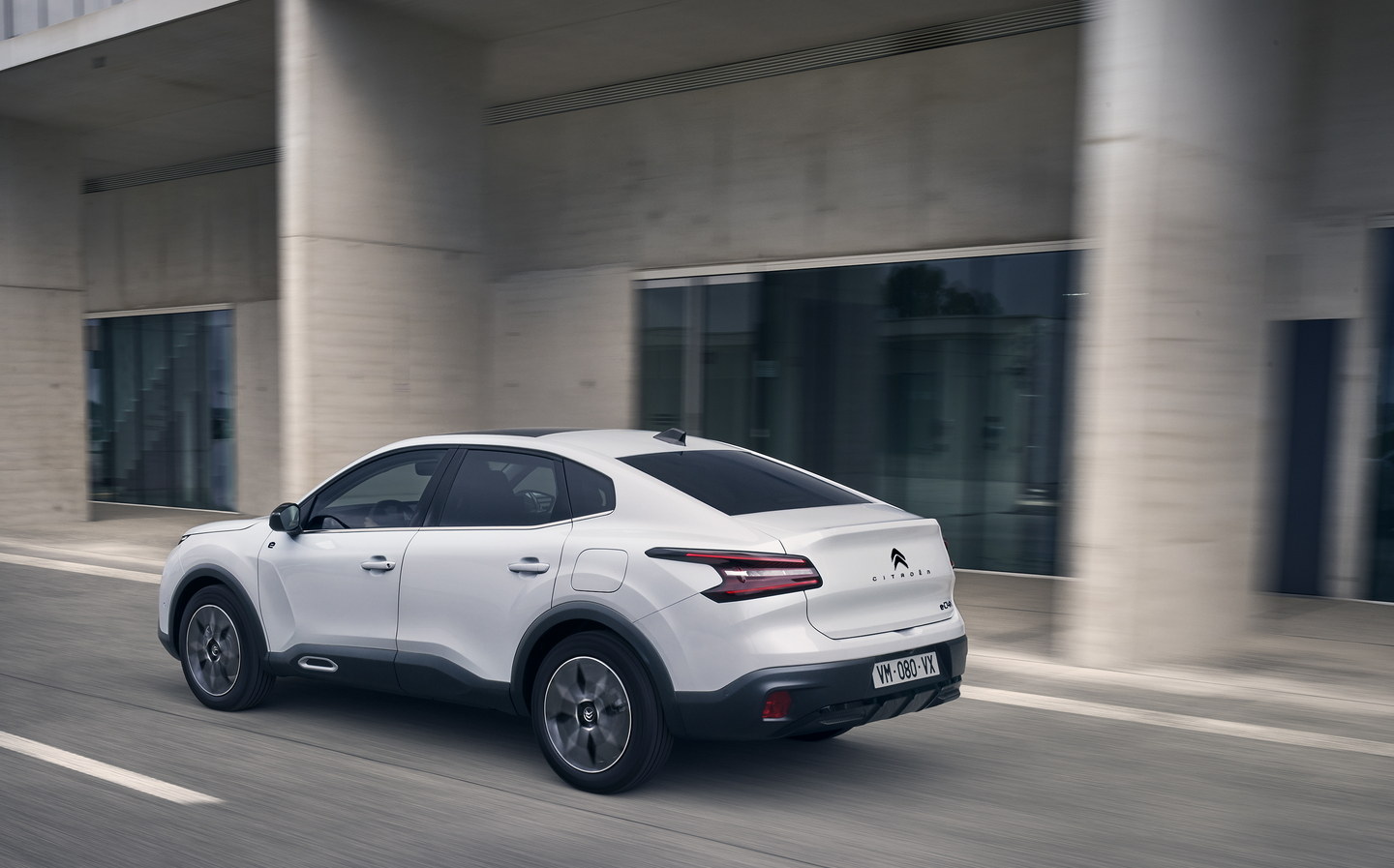 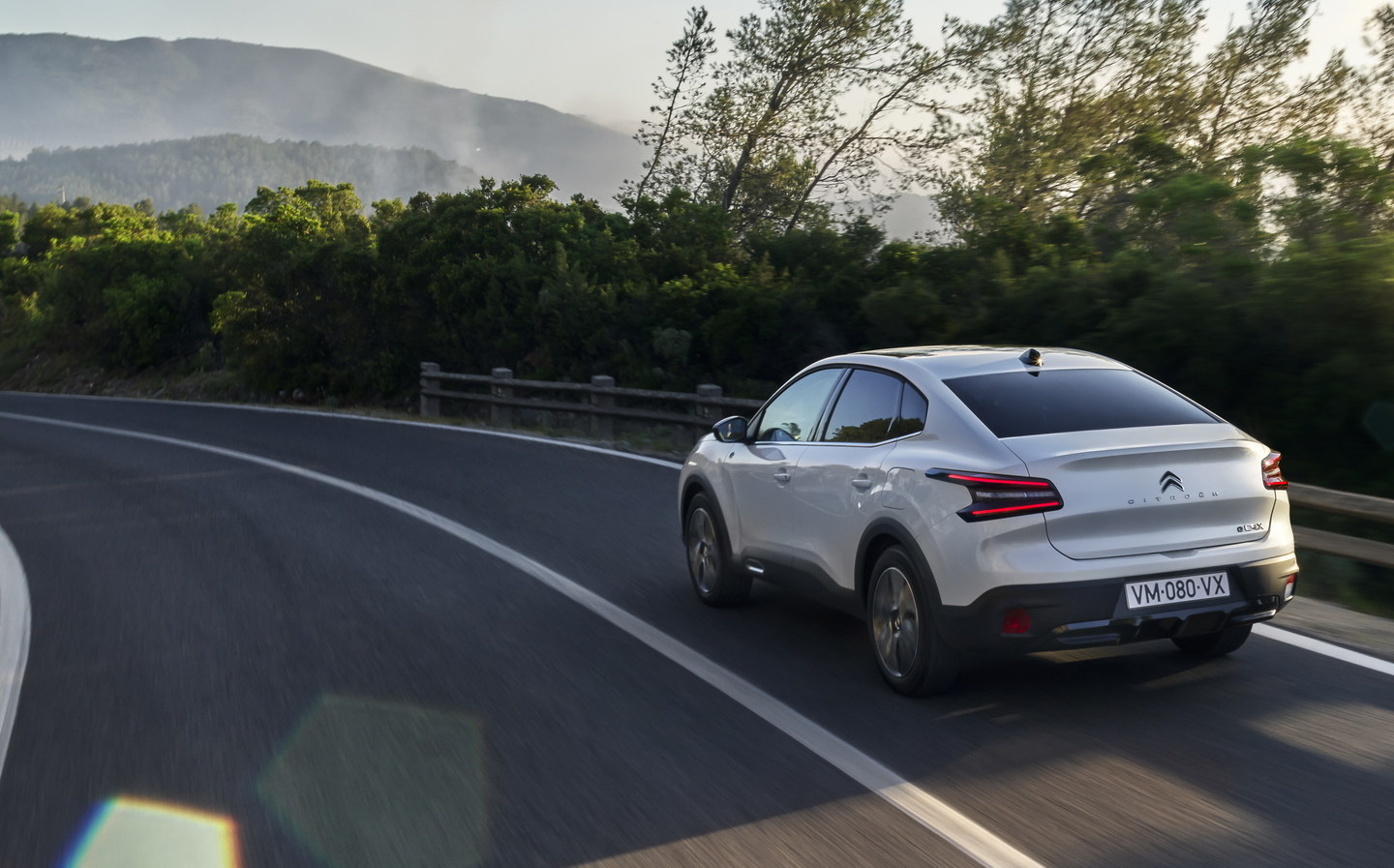 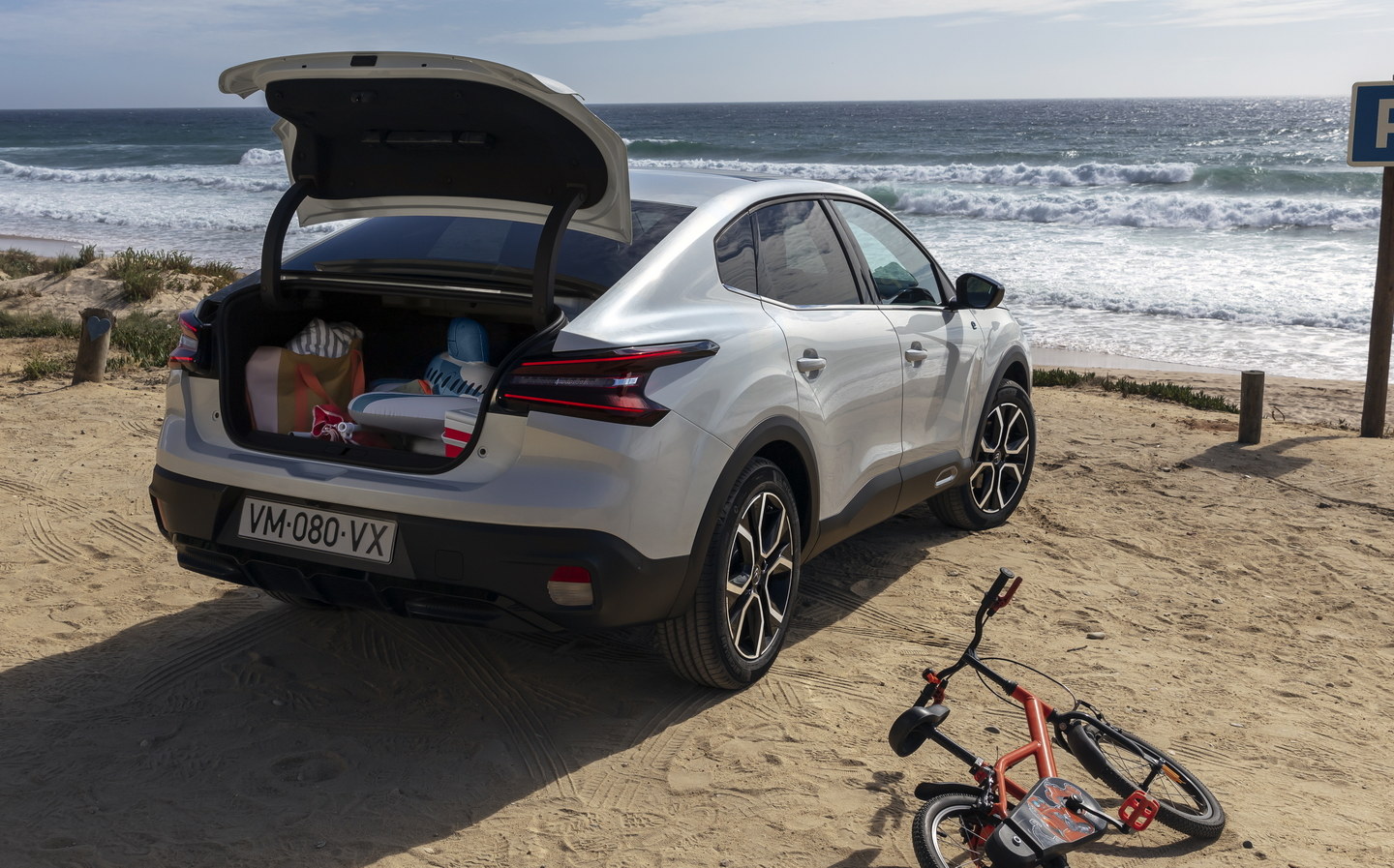 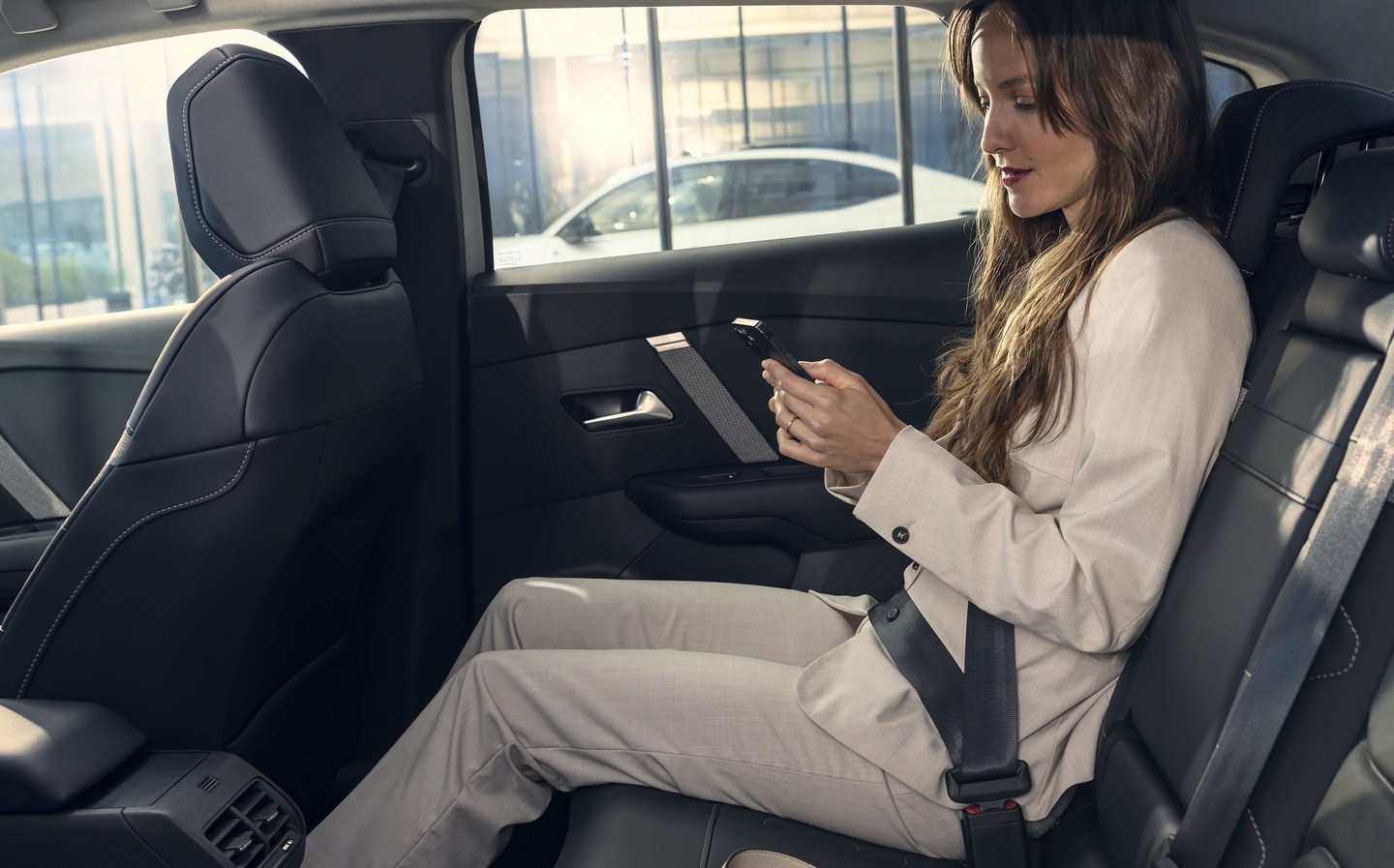 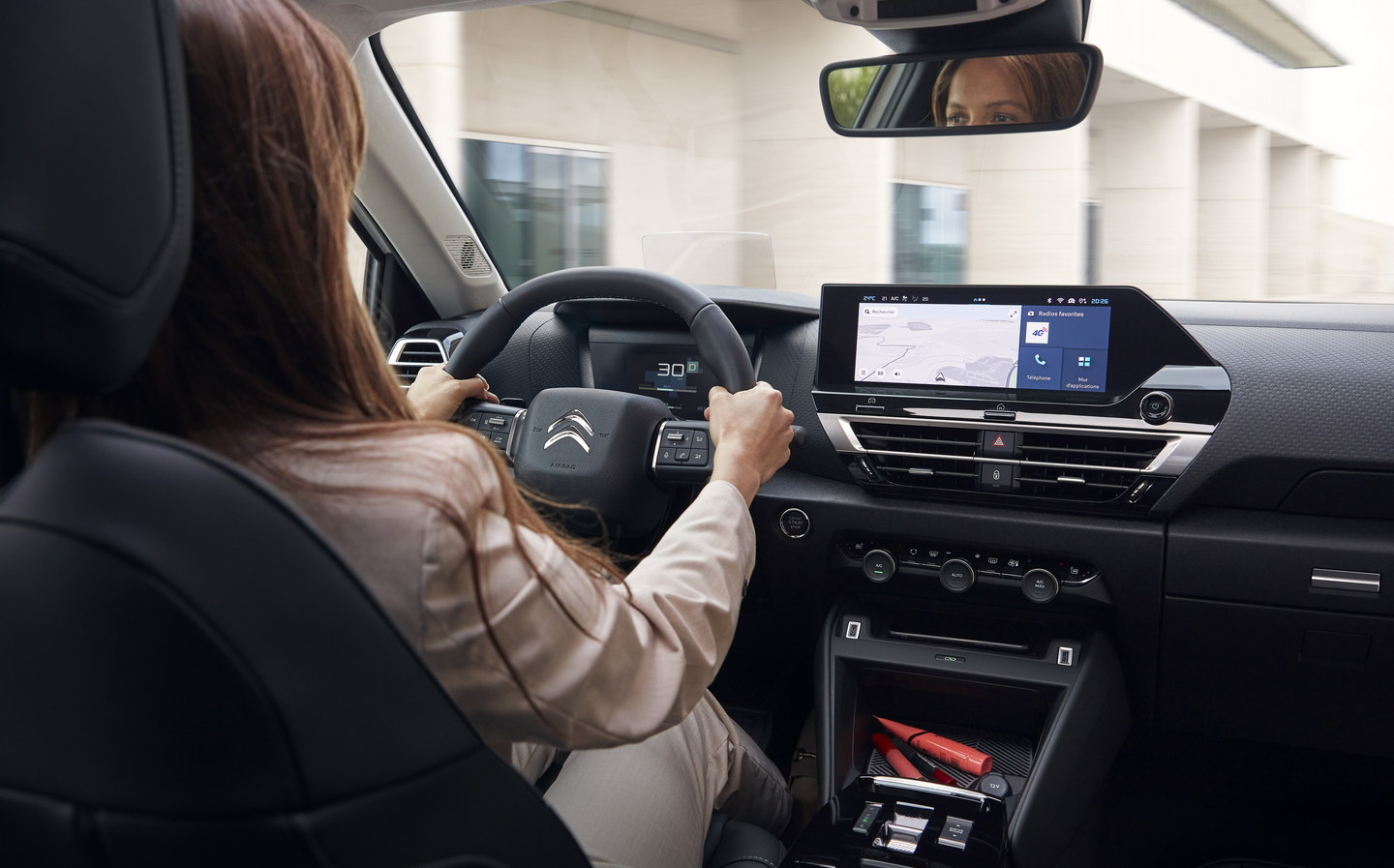 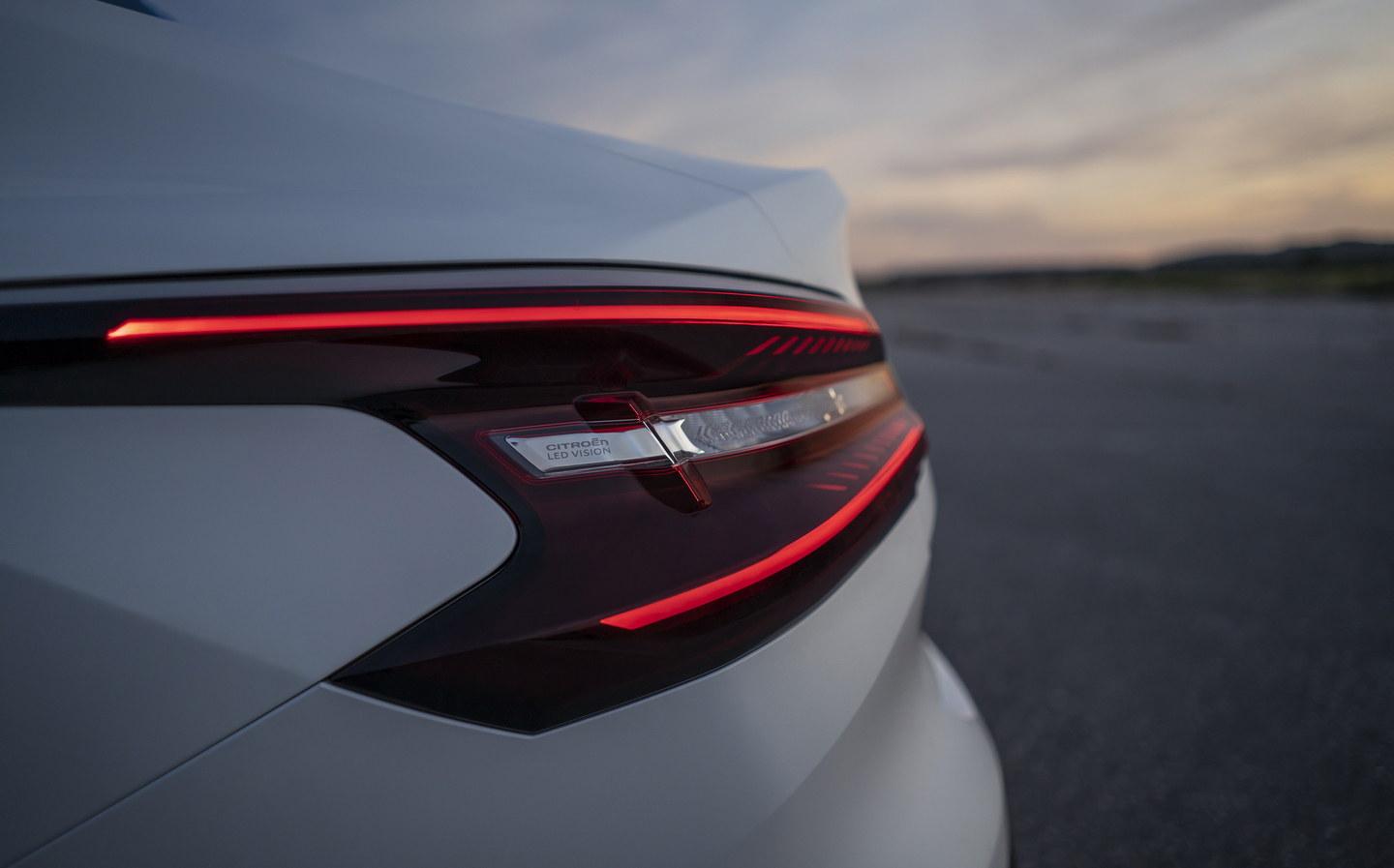 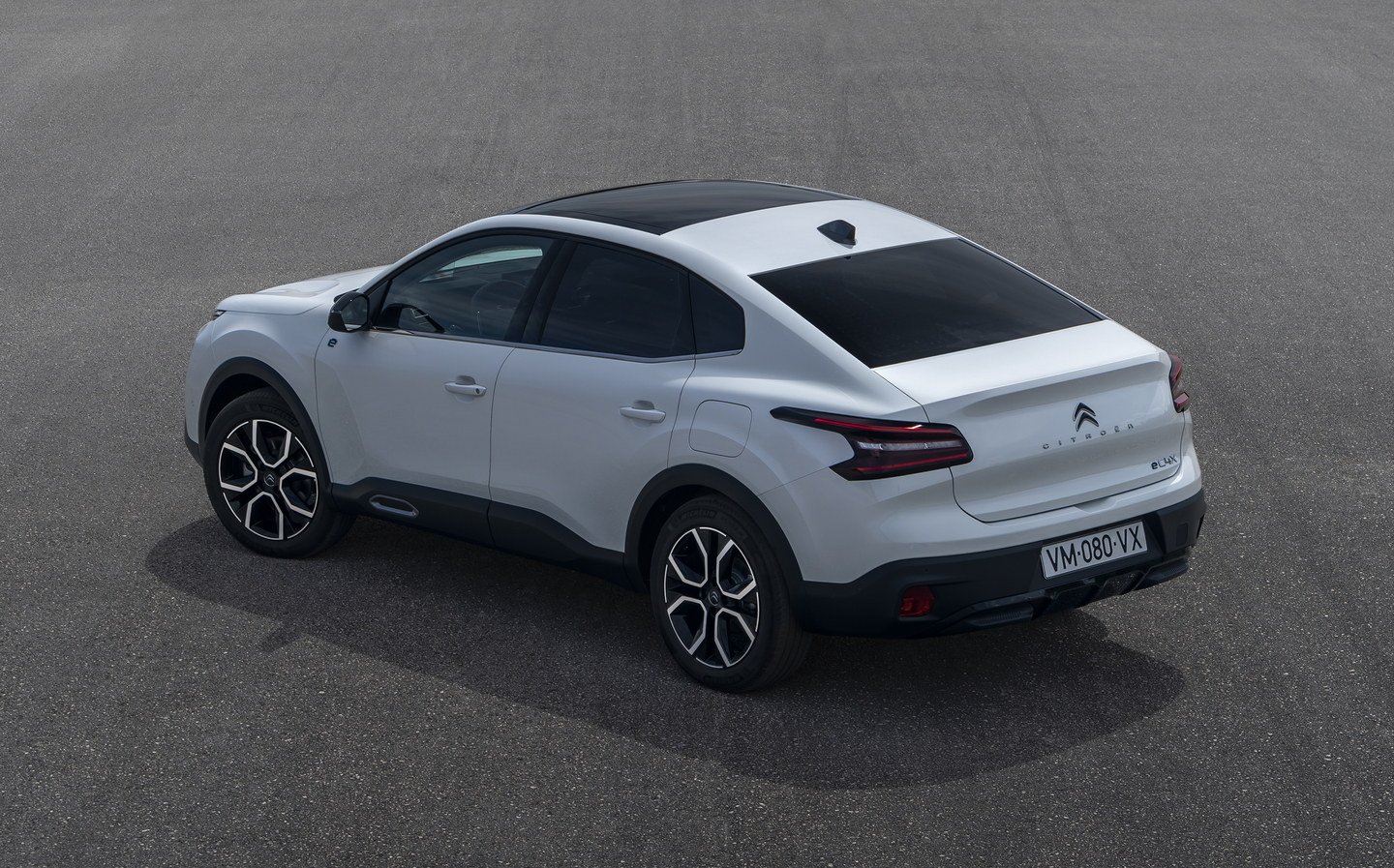 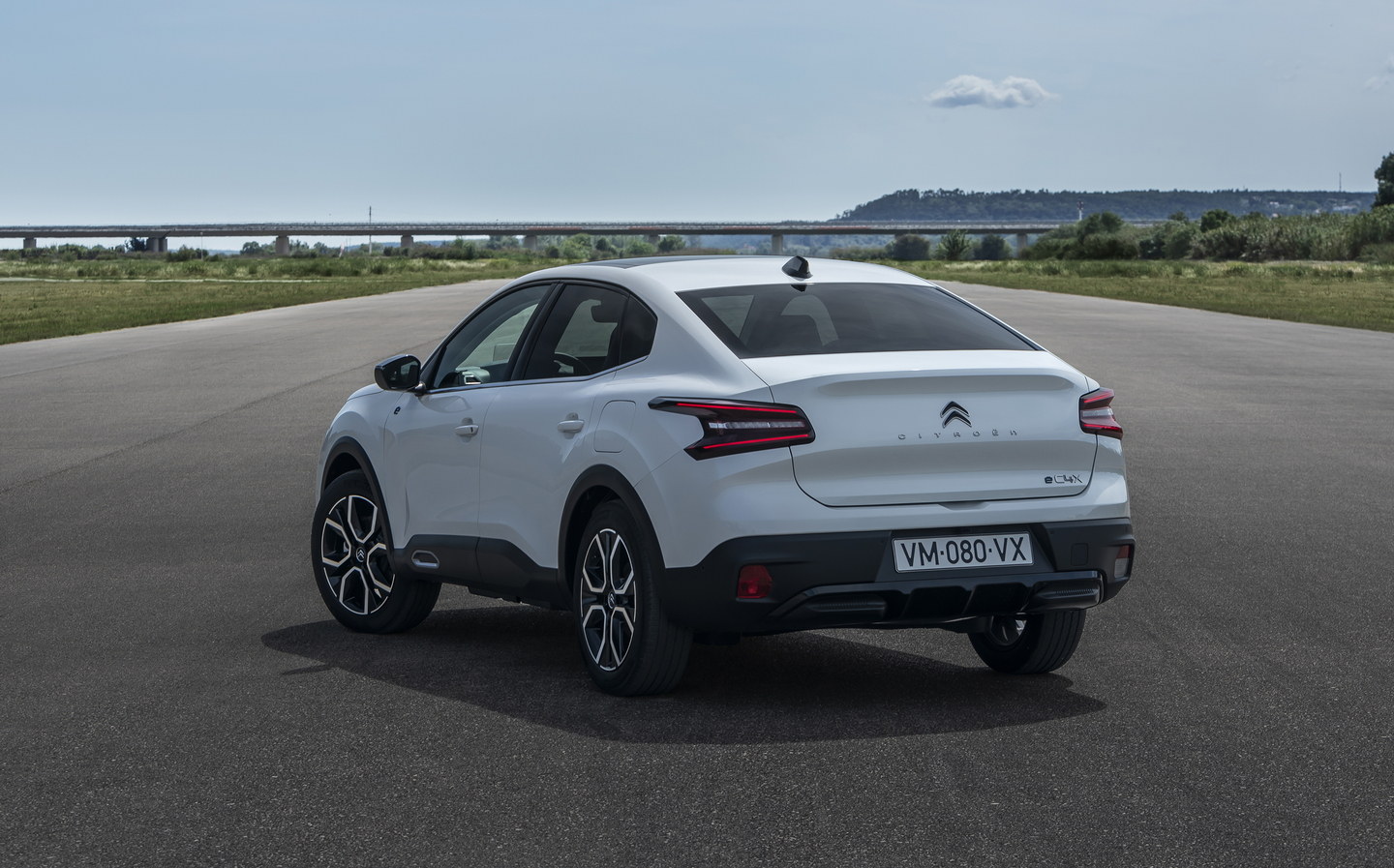 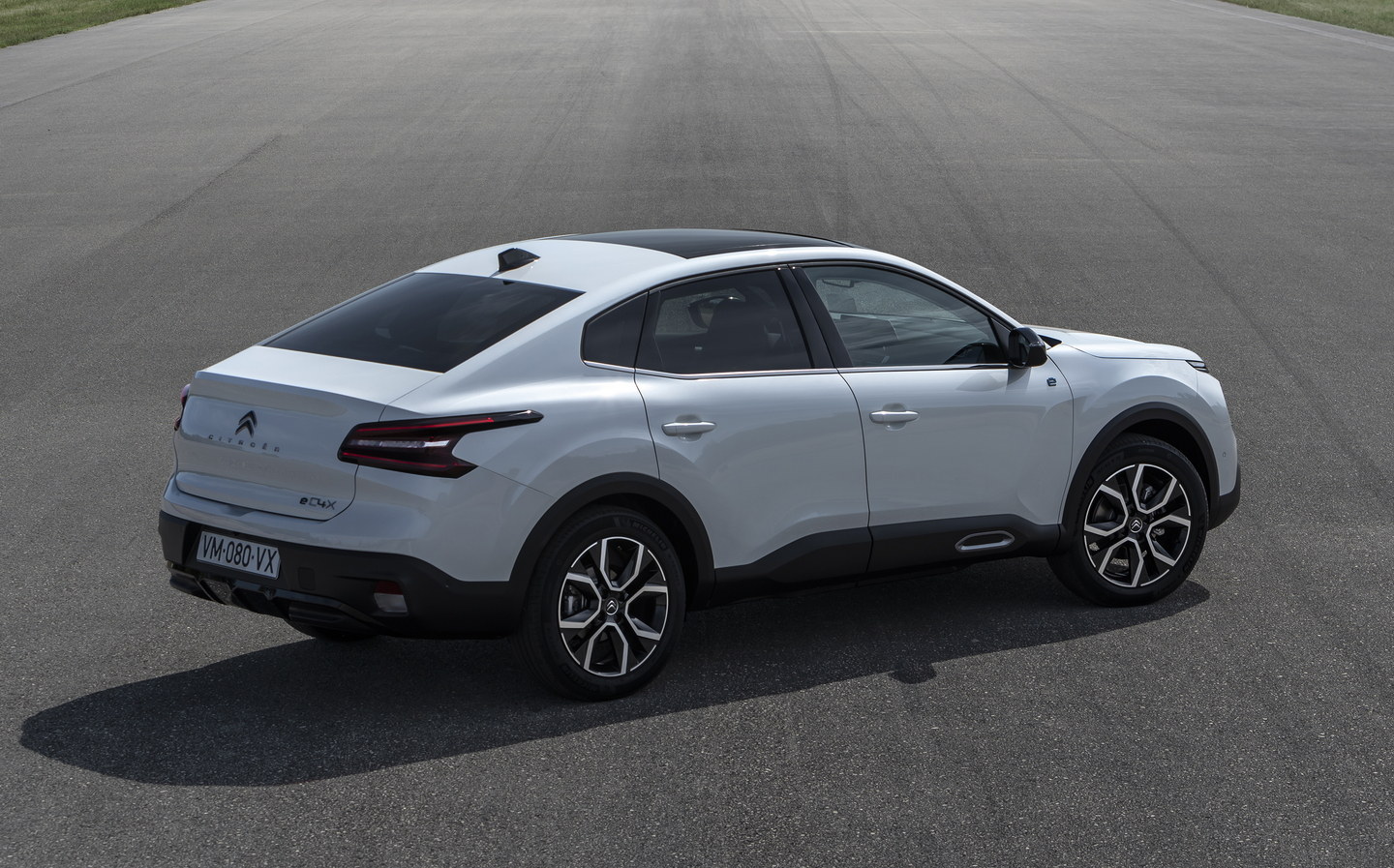 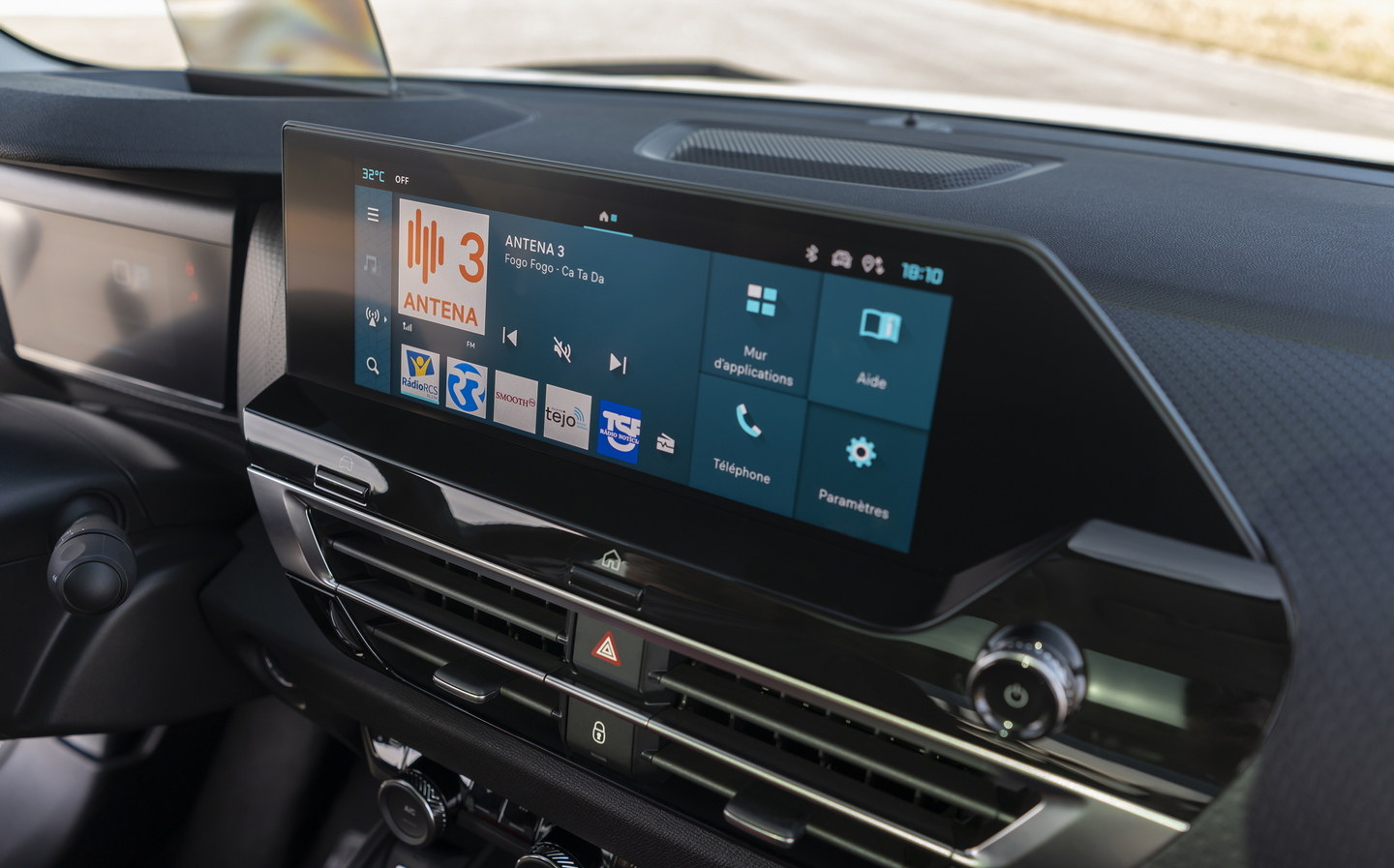 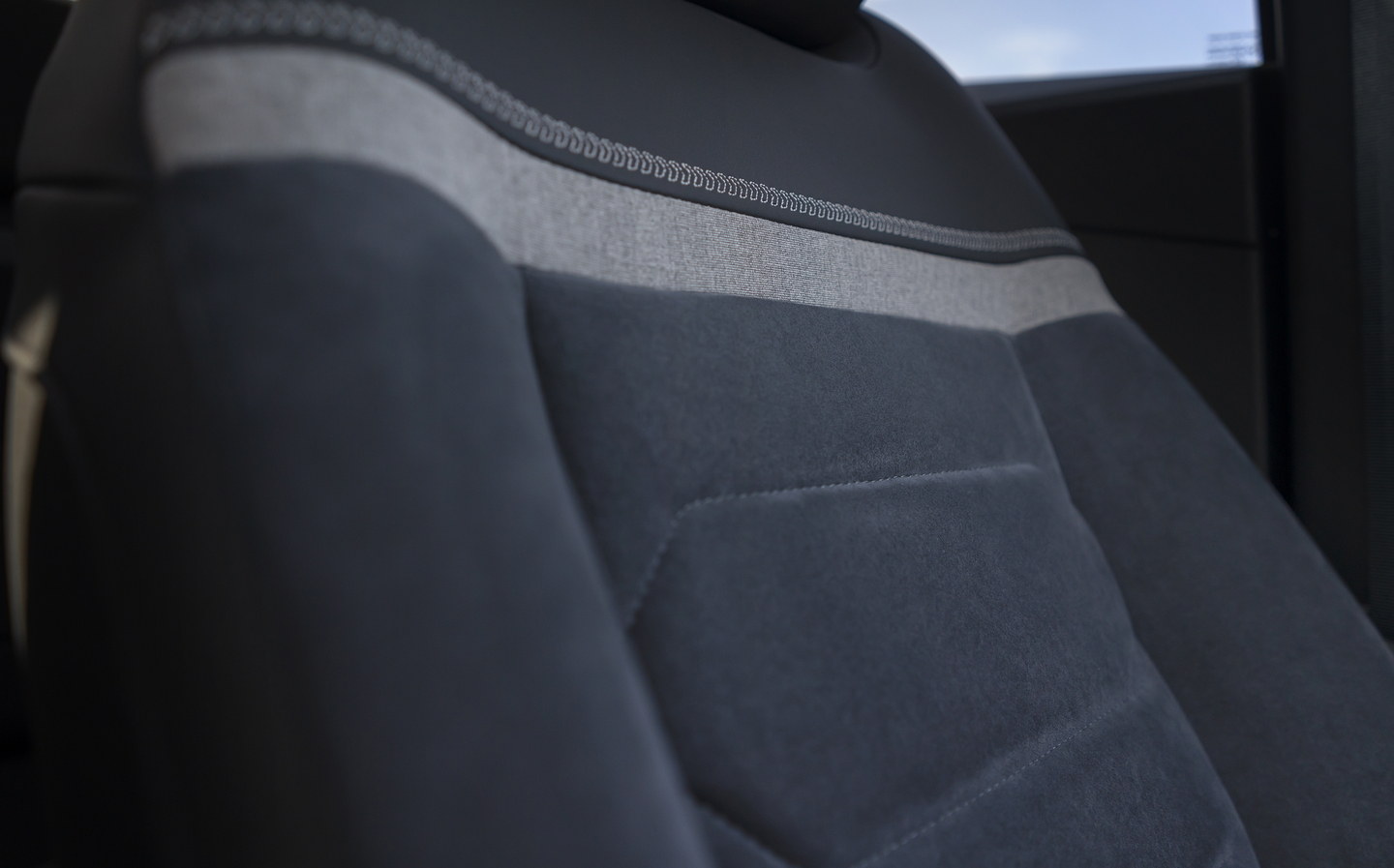 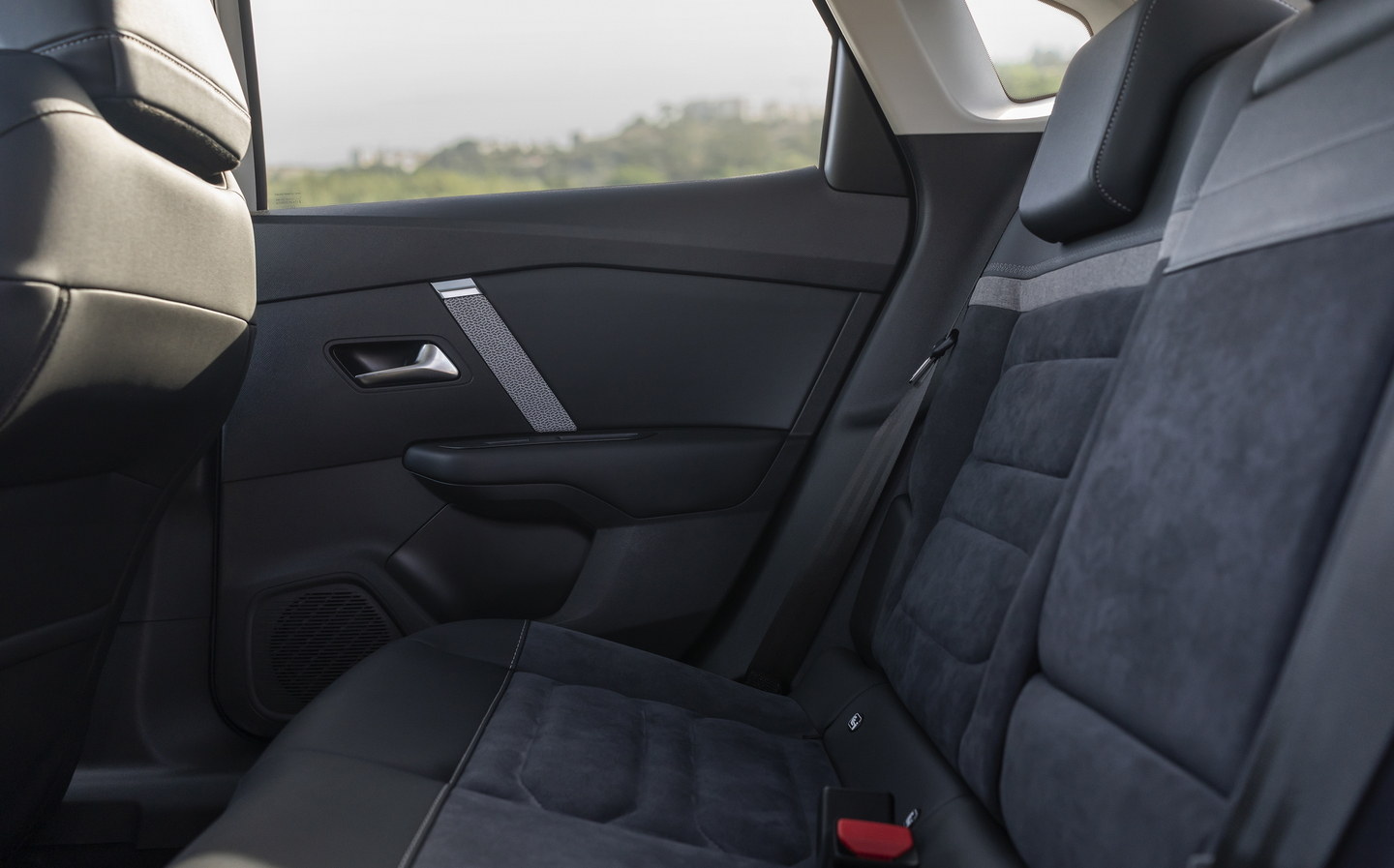 Citroën has announced a new fastback crossover, the C4 X, to sit in its range between the C4 and the C5 X, though only the pure-electric version, the ë-C4 X, will be coming to the UK.

Setting the C4 X apart from the regular C4 (which already features crossover-like styling) is extra length — 4,600mm versus 4,360mm — though they still share the same underpinnings, including the wheelbase (the distance between the front and rear axles).

That extra length results in more interior space, particularly for luggage, again placing it right in between the C4 and the larger C5 X.

“We wanted to add length to provide extra comfort for rear seat passengers as well as a very large boot volume to meet the needs of customers who want a more traditional luggage space, but without making the car look boxy or ungainly,” said Citroën’s design director, Pierre Leclercq.

“So we pushed the hard points as far as we could to achieve a fastback roofline that seamlessly extends into the boot lid and then down through the sculpted rear panel to the bumper. This combines with the higher ride height and rugged cladding around the car to disguise the length and makes it look like it is pushing forward in a sporty way.”

Those expanded dimensions have resulted in 510 litres of boot capacity with more legroom and space for rear-seat passengers. Comfort has been one of Citroën’s big selling points in recent years and the interior of the C4 X ought to follow through on that with “Advanced Comfort” seats featuring thick, high-density foam and a range of postural adjustment positions.

The ride quality should be particularly comfortable compared with most other cars out there, with Citroën’s patented system of “Progressive Hydraulic Cushions”. These, in conjunction with the dampers and springs, soften the impact of any sudden harsh bumps on both compression and rebound of the suspension.

Unlike mechanical “bump stops” that return part of the shock through the car’s body, the hydraulic cushions absorb and dissipate much more of the energy helping to produce what Citroën describes as its “magic carpet ride”.

Access to the infotainment system and range of connected services is via a 10in centrally mounted touchscreen and there are plenty of USB ports throughout the cabin for recharging devices. There’s also a generous array of cubbyholes and storage bins in the cabin — up to 39 litres.

Petrol and diesel versions of the C4 X will be available in other markets, but most of western Europe (including the UK) will only receive the battery-electric ë-C4 X.

This is driven by the now-ubiquitous powertrain from parent company Stellantis, which combines a 50kWh battery pack and 134bhp electric motor.

That battery and motor combination will give the ë-C4 X a range between charges of around 224 miles, Citroën claims. At a 100kW DC rapid charger, the battery can be topped up to 80% in 30 minutes or at a rate of 6.2 miles per minute.

The Citroën ë-C4 X will go on sale from the autumn, though of course bear in mind the caveat that, with the global supply chain situation as it is, UK deliveries may not commence until closer to the end of the year.

Pricing has yet to be announced, but considering its positioning in the Citroën range just above the ë-C4, expect a starting price of somewhere in the region of £30,000 to £35,000.