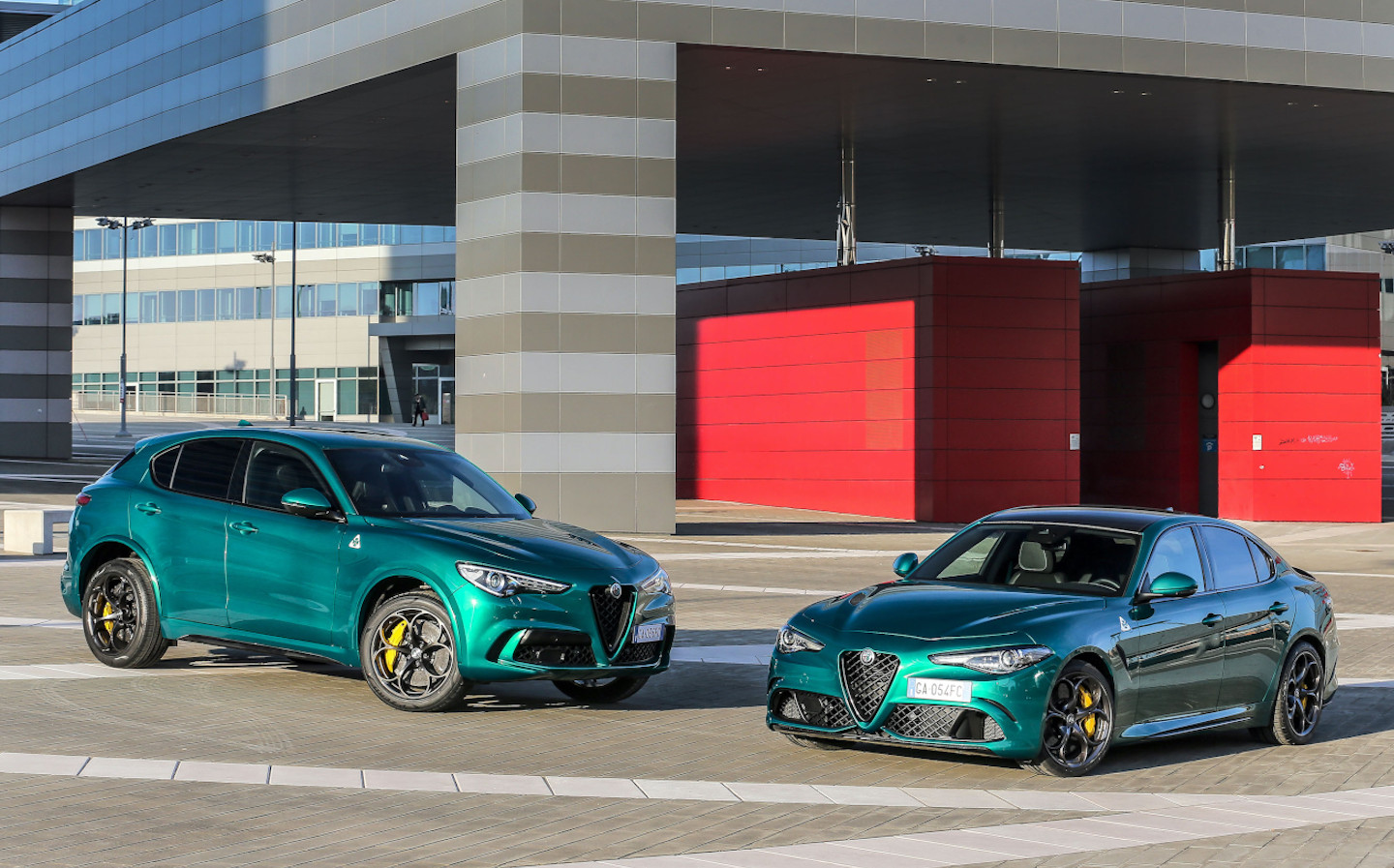 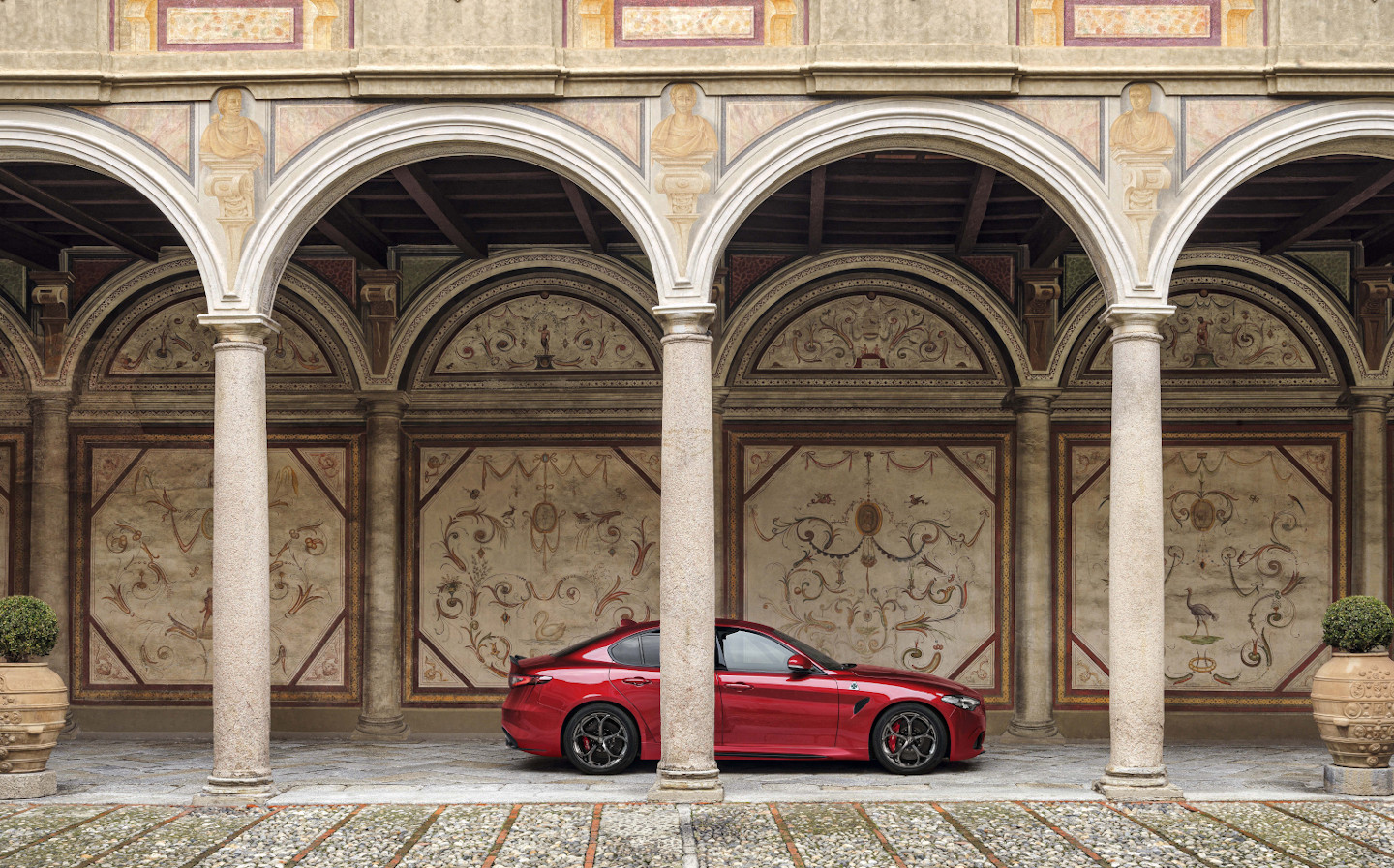 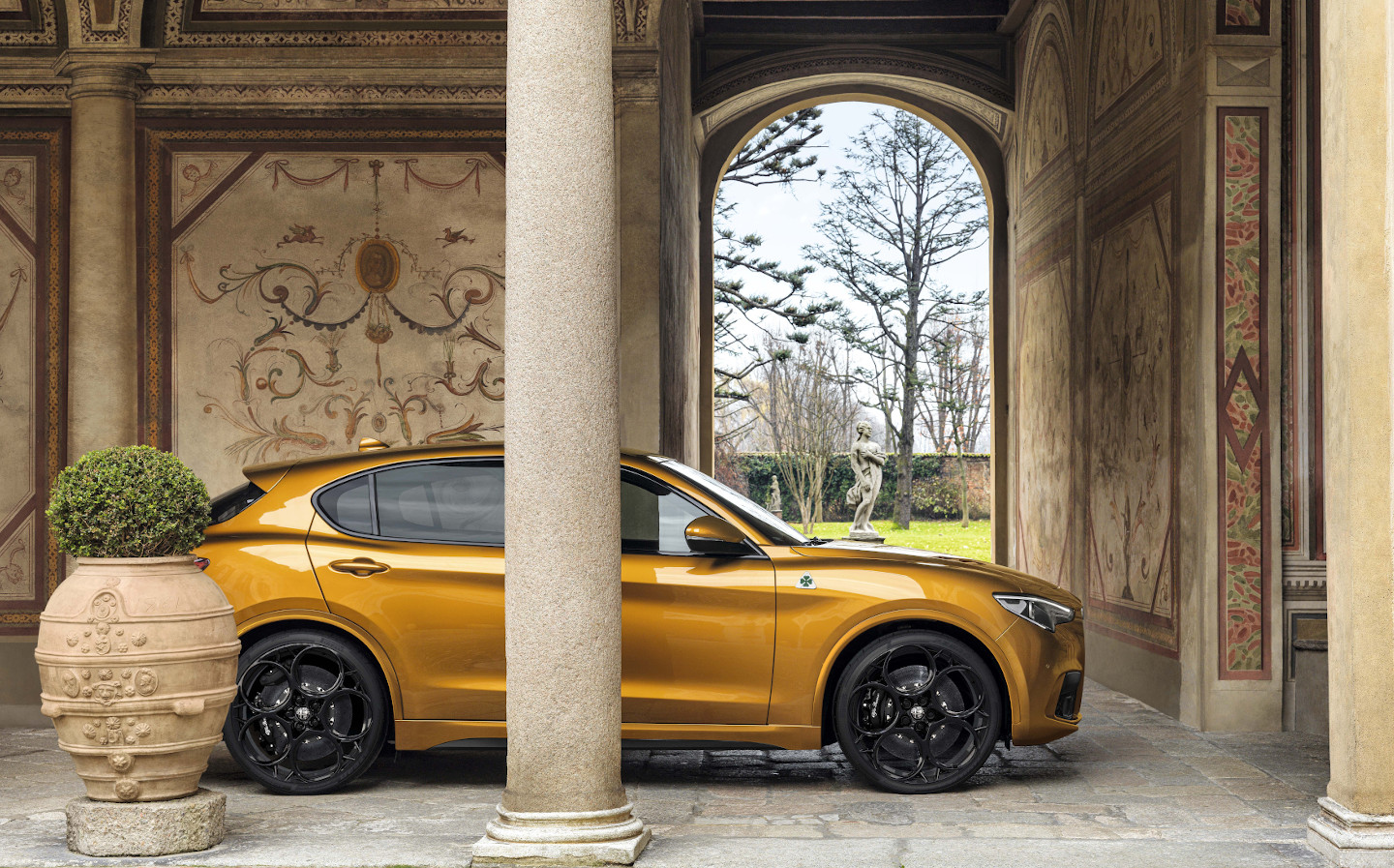 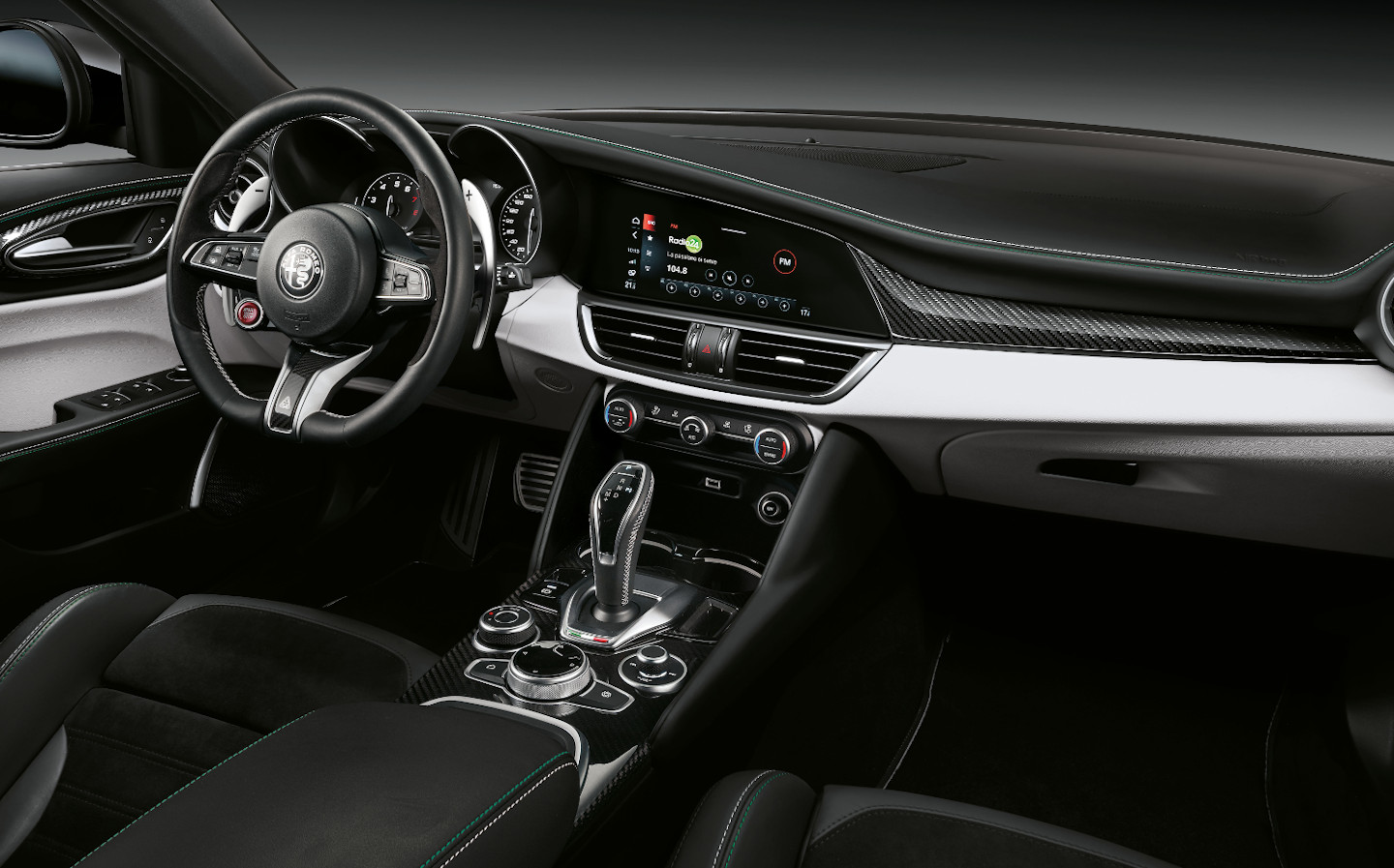 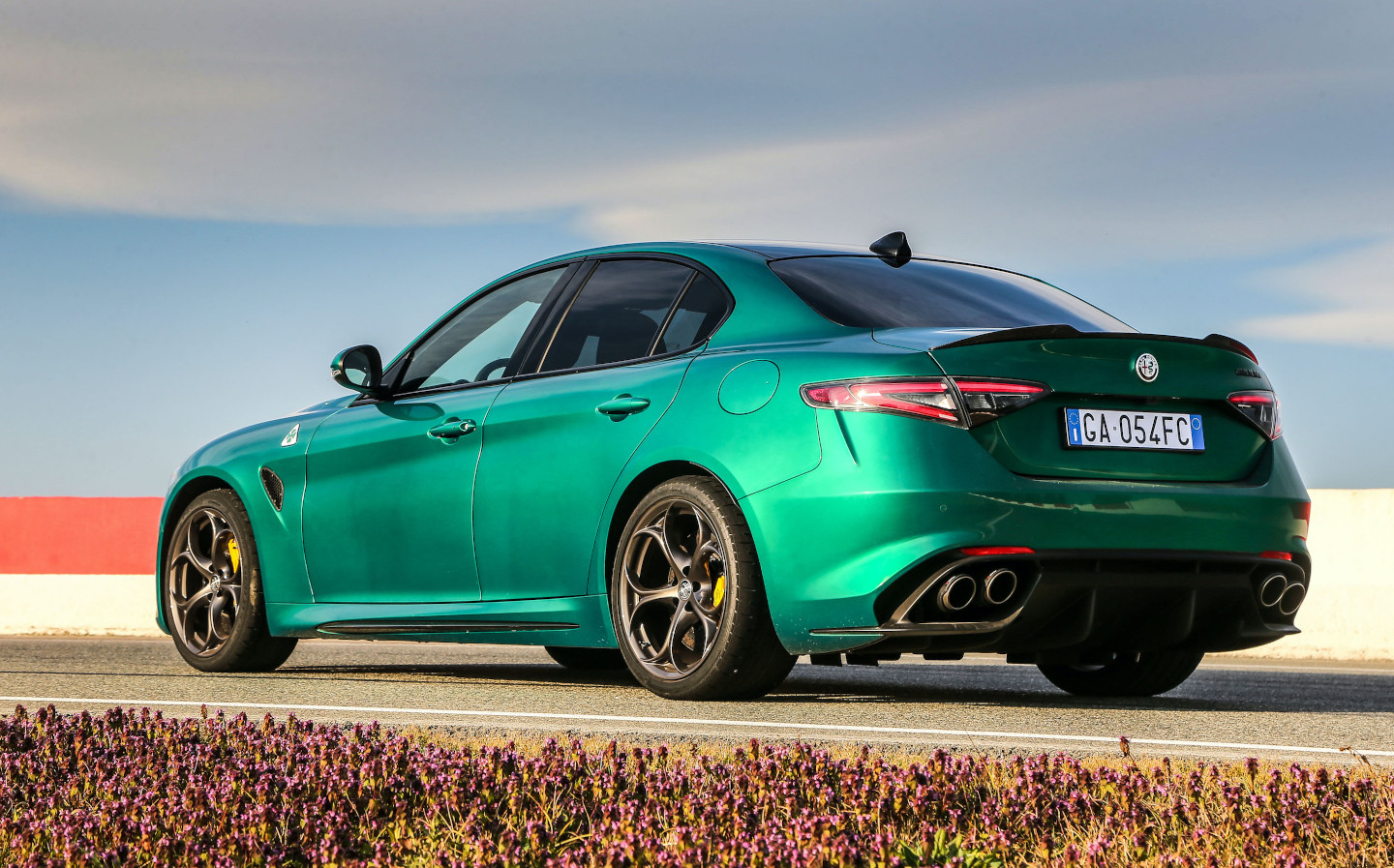 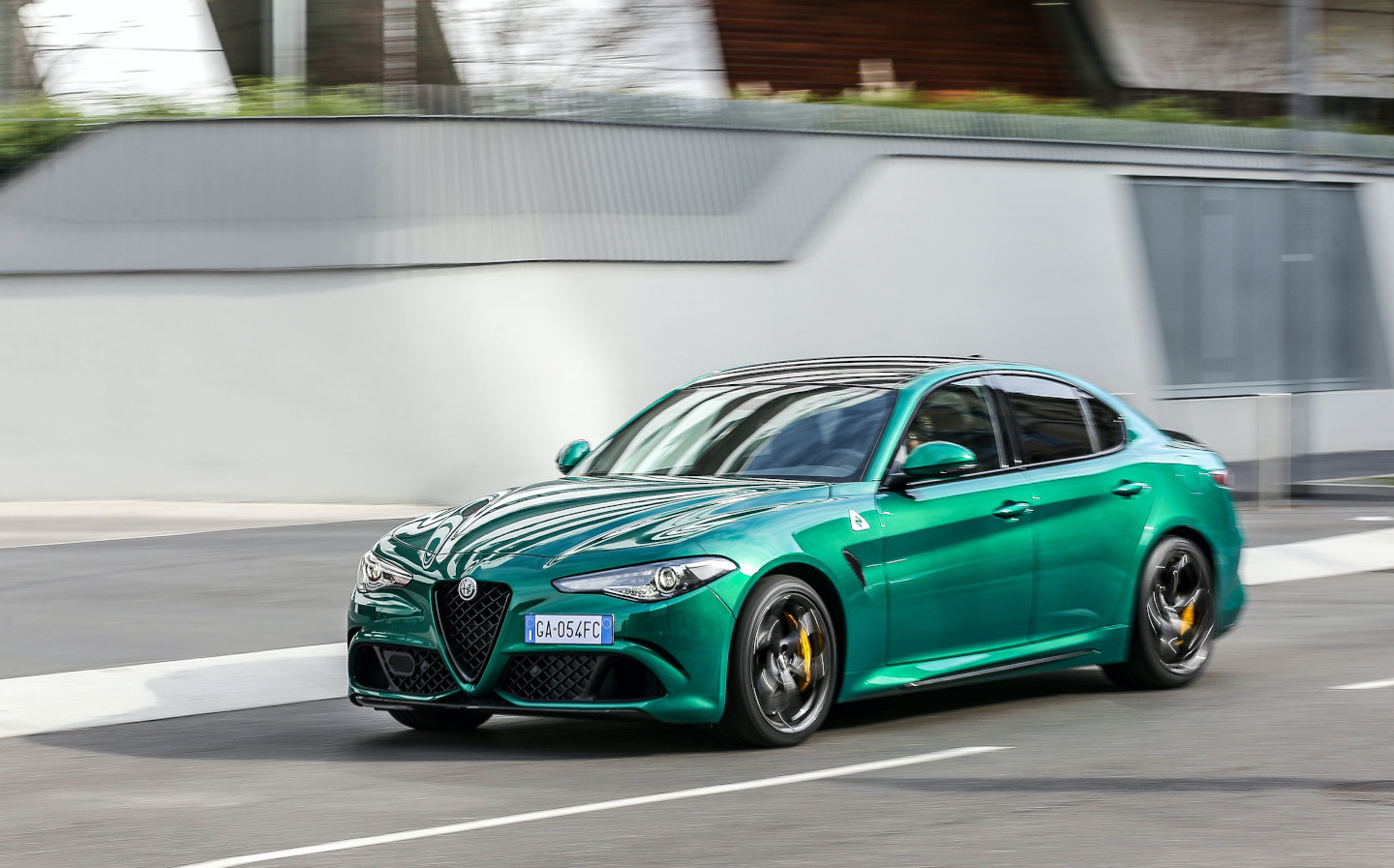 Quadrifoglio (“four leaf clover” in Italian) is Alfa’s high performance subbrand, and the emblem comes with a weight of racing history. These days it indicates that under the bonnet is a meaty motor, and in the 2020 Giulia QV and Stelvio QV that means the same 2.9-litre bi-turbo V6 producing 503bhp, though the cars gain new tech, styling and accessories in this facelift.

Jeremy Clarkson was smitten with the Giulia Quadrifoglio that he reviewed back in 2016, noting the engine’s similarity to the one found in the Ferrari California. In fact, he went as far to say: “If Ferrari made a mid-sized, four-door car, you suspect it would feel and go exactly like this.” He concluded his review by saying that the Alfa was miles ahead of its closest competitor, the BMW M3.

High praise then. However, as easy as it might be to get swept up in the seduction of an Alfa, Clarkson (recently voted screen’s greatest automotive icon) noted a few niggles with the Giulia “Quattroformaggio”. Most of these focused on its interior, which considering the car’s not-insubstantial £60,000 price tag, felt a bit…cheap. The plastics were “a bit airline cutlery”, the sat-nav screen was too small, and the buttons and knobs all felt a bit flimsy. None of this was helped by the fact that once he was in the car, he struggled to get back out of it.

It seems like someone over at Alfa Romeo was listening, because some of the biggest overhauls on the newest “MY20” Quadrifoglio editions are on the inside. There’s a new infotainment system, new full leather sports seats and a new steering wheel exclusive to the Quadrifoglio versions. On the QVs, the infotainment system will also give you tech readouts on component temperatures, torque delivery, turbo pressure and so on.

The Quadrifoglios are aimed at serious drivers in other ways, too — if you’re in race mode, a gear change with the flappy paddles should take you just 150 milliseconds, and because the paddles are attached to the steering column, you can change gears even while drifting. There’s also an option to upgrade the exhaust to a titanium Akrapovic system, which should make the engine even more pleasing to the ears.

There are also new features for comfortable cruising. Namely, more advanced driver assistance systems, which help take the strain with some of the more menial parts of motoring. This includes Lane Keep Assist, Active Blind Spot Assist, Active Cruise Control, Traffic Sign Recognition, Intelligent Speed Control and Traffic Jam Assist. In case the lack of involvement makes you drowsy, there’s also a system that monitors your attention levels and gives you a nudge if needed.

On the exterior, there are new rear lights, which are important according to Fabio Migliavacca, Alfa’s head of product marketing, because “Given the Quadrifoglios’ performance, it is very likely you only ever see them from the rear.” Consider the gauntlet thrown down.

There’s also a new range of colours inspired by Alfa’s heritage, including a stunningly verdant “Montreal Green” inspired by the manufacturer’s ‘60s coupé, which will be initially exclusive to the Quadrifoglio models.

Due to the current pandemic, Alfa is reluctant to say exactly when we can expect to see the newest versions of the Giulia and Stelvio Quadrifoglio, but it is now looking to on sale this summer with deliveries by the end of the year, according to some reports. The car maker has said that the prices will be in line with the current Quadrifoglio prices, meaning you should expect to fork out a little over £68,000 for the Giulia QV and a tad under £75,000 for the Stelvio QV, before options.

In comparison to its closest rival, the M3, the Giulia Quadrifoglio is faster on paper, and more powerful, but, it is also more than £8,000 more expensive. The Stelvio Quadrifoglio however, is cheaper than the BMW X3 M, has the same amount of horsepower, and gets to 60mph quicker. And, as Arnaud Leclerc, Alfa Romeo’s European head, said, “When it comes to emotion, Alfa Romeo reigns supreme.”

Exciting times for Alfisti worldwide, then, with the announcement of the new Quadrifoglio models coming only a couple of months after that of the Giulia GTA (“Gran Turismo Alleggerita”) an even higher performance version of the Giulia.