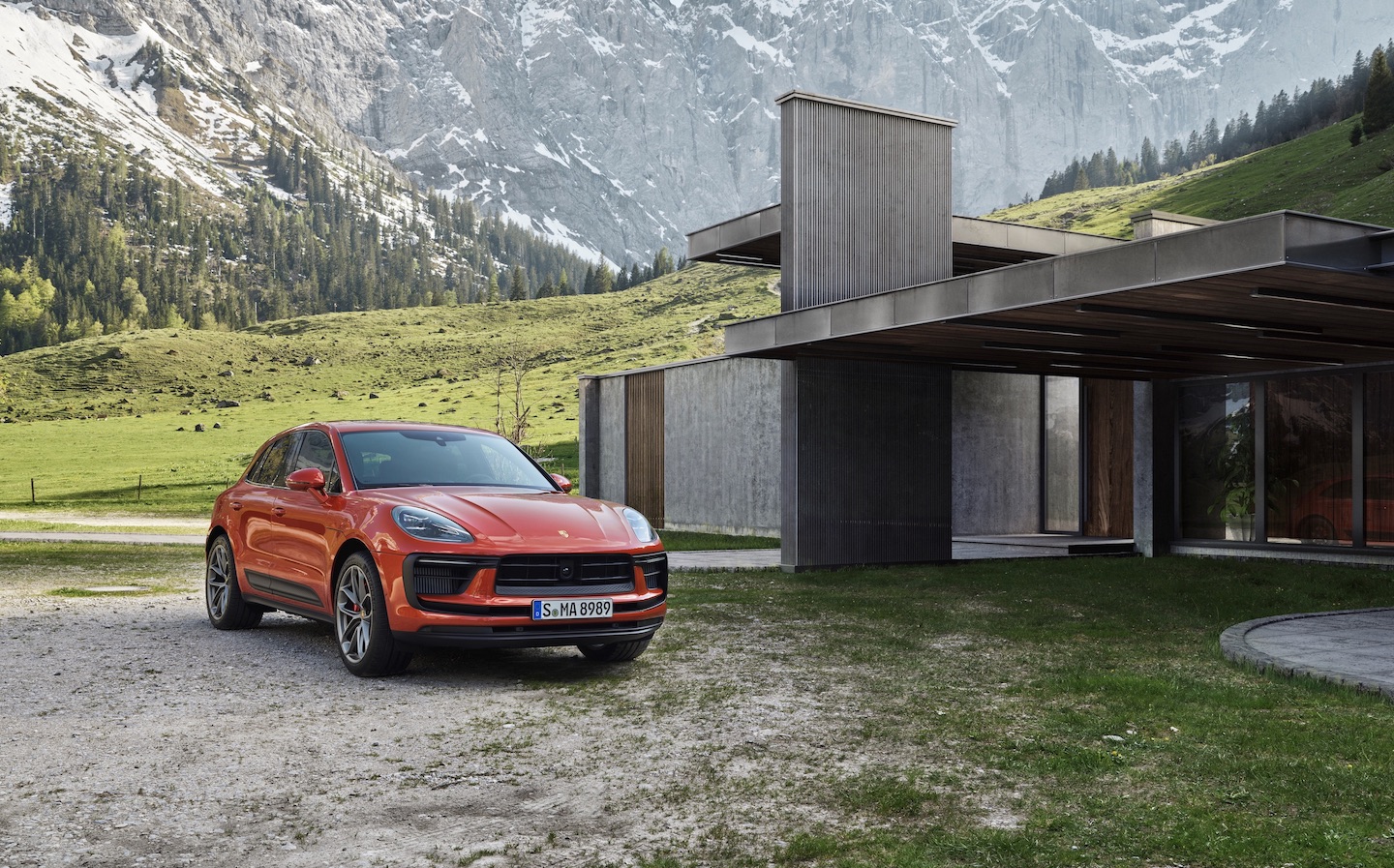 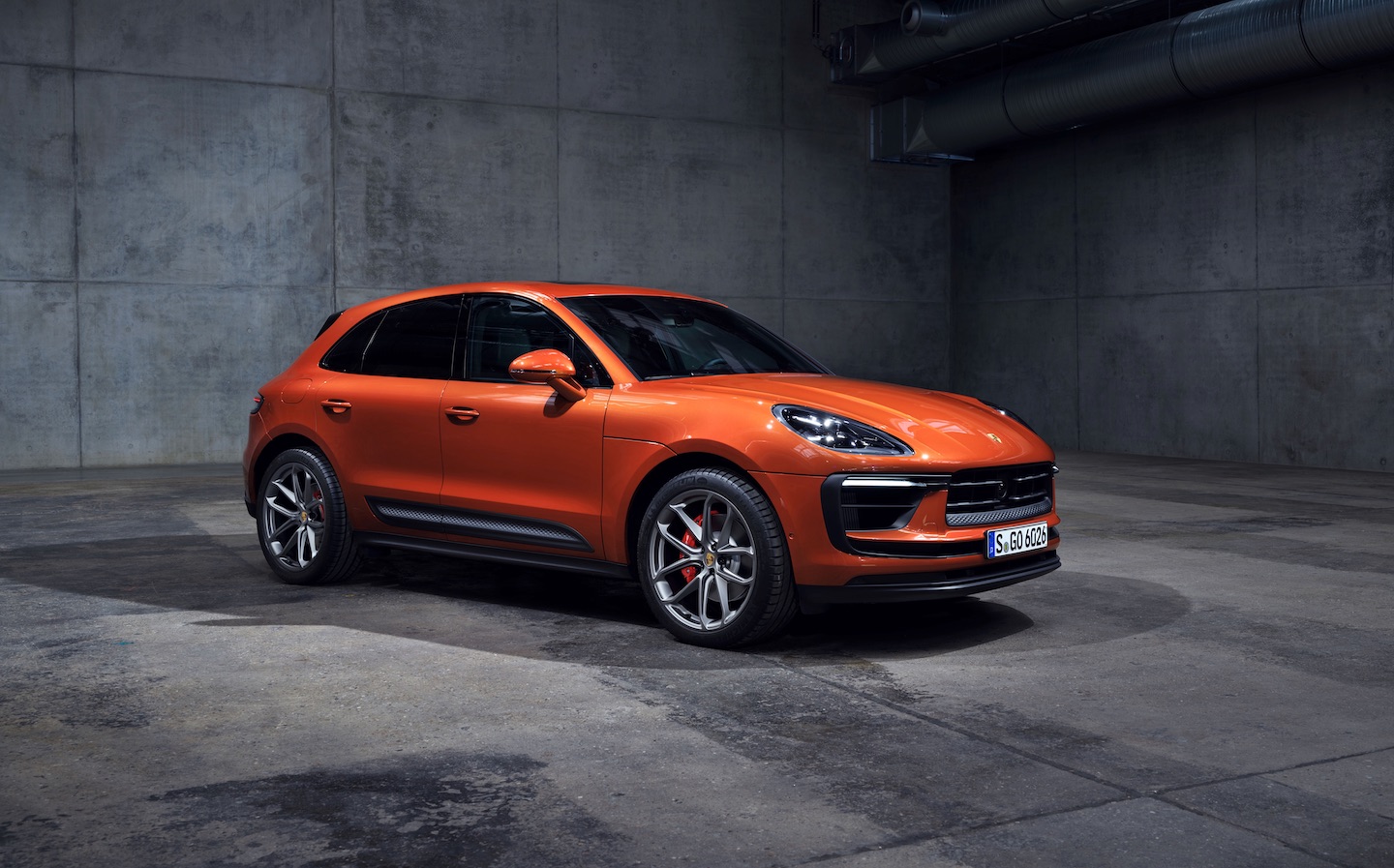 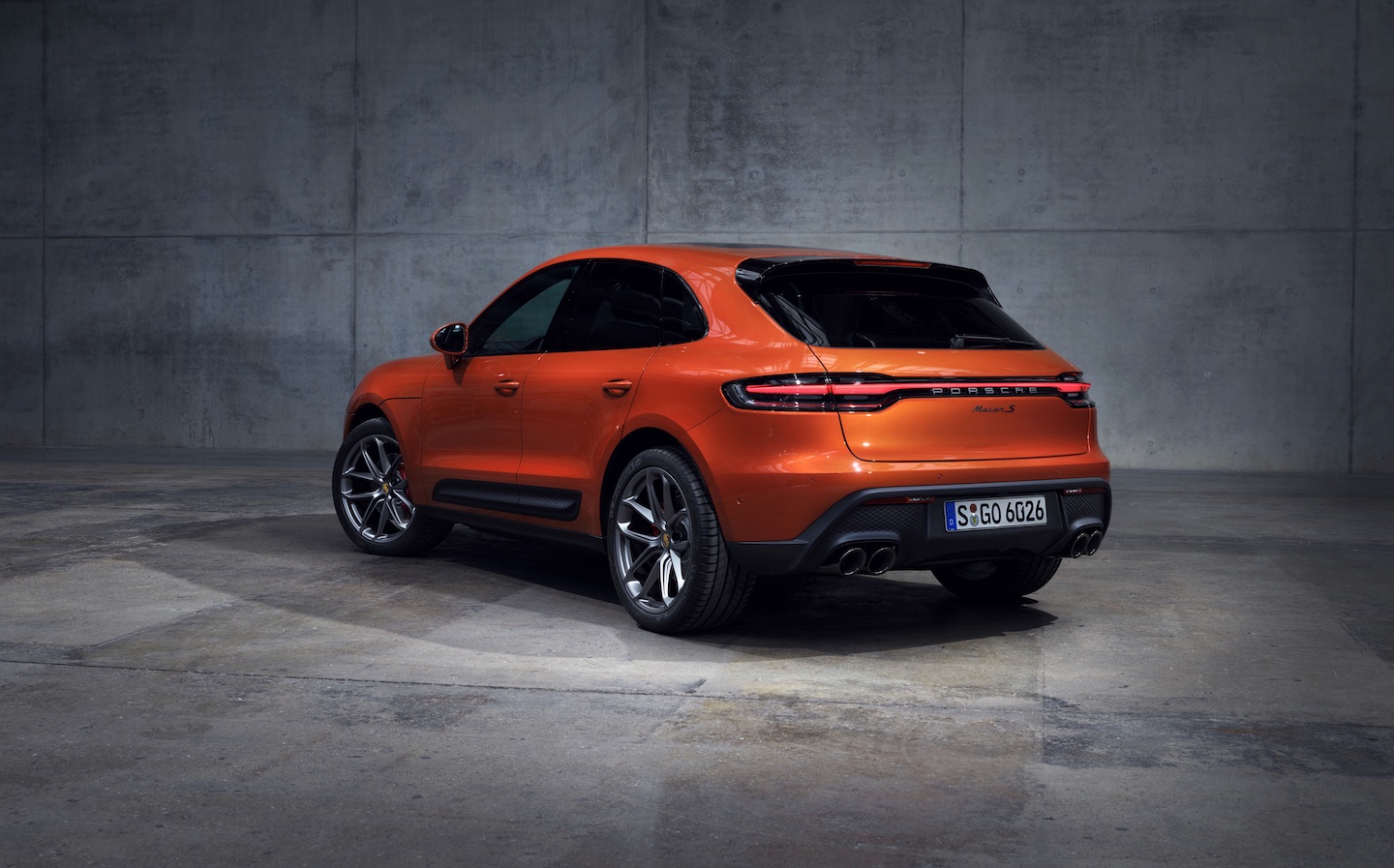 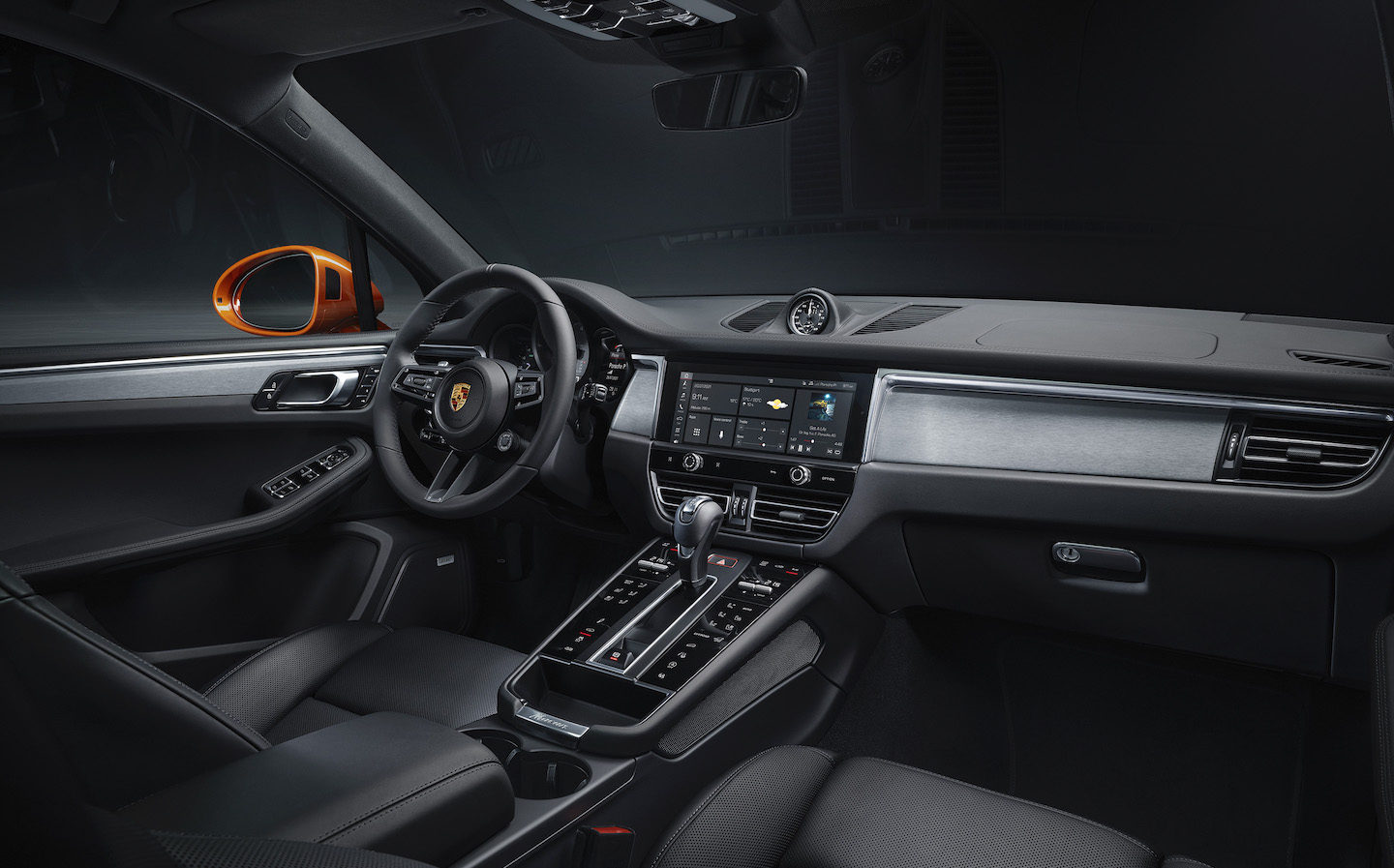 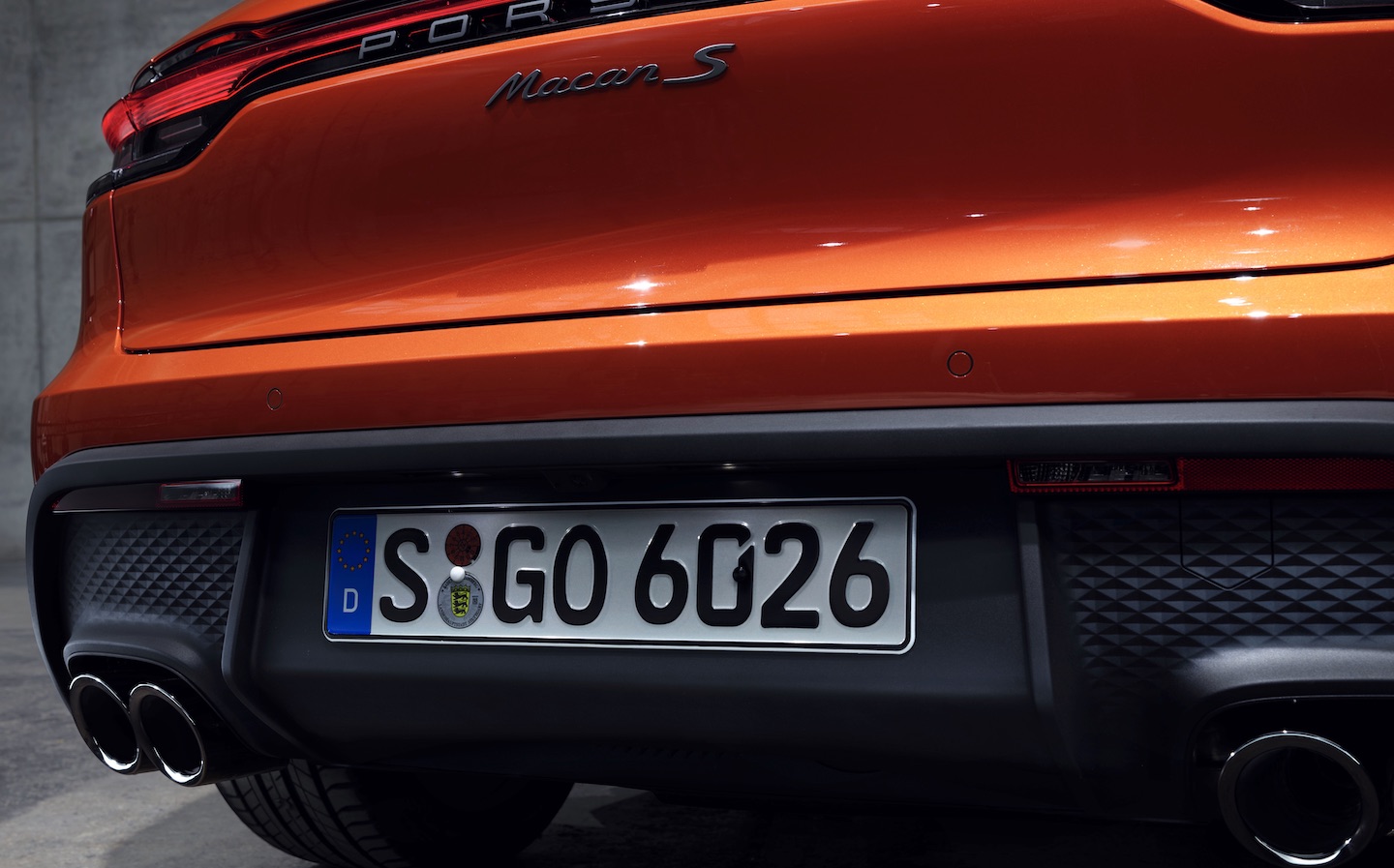 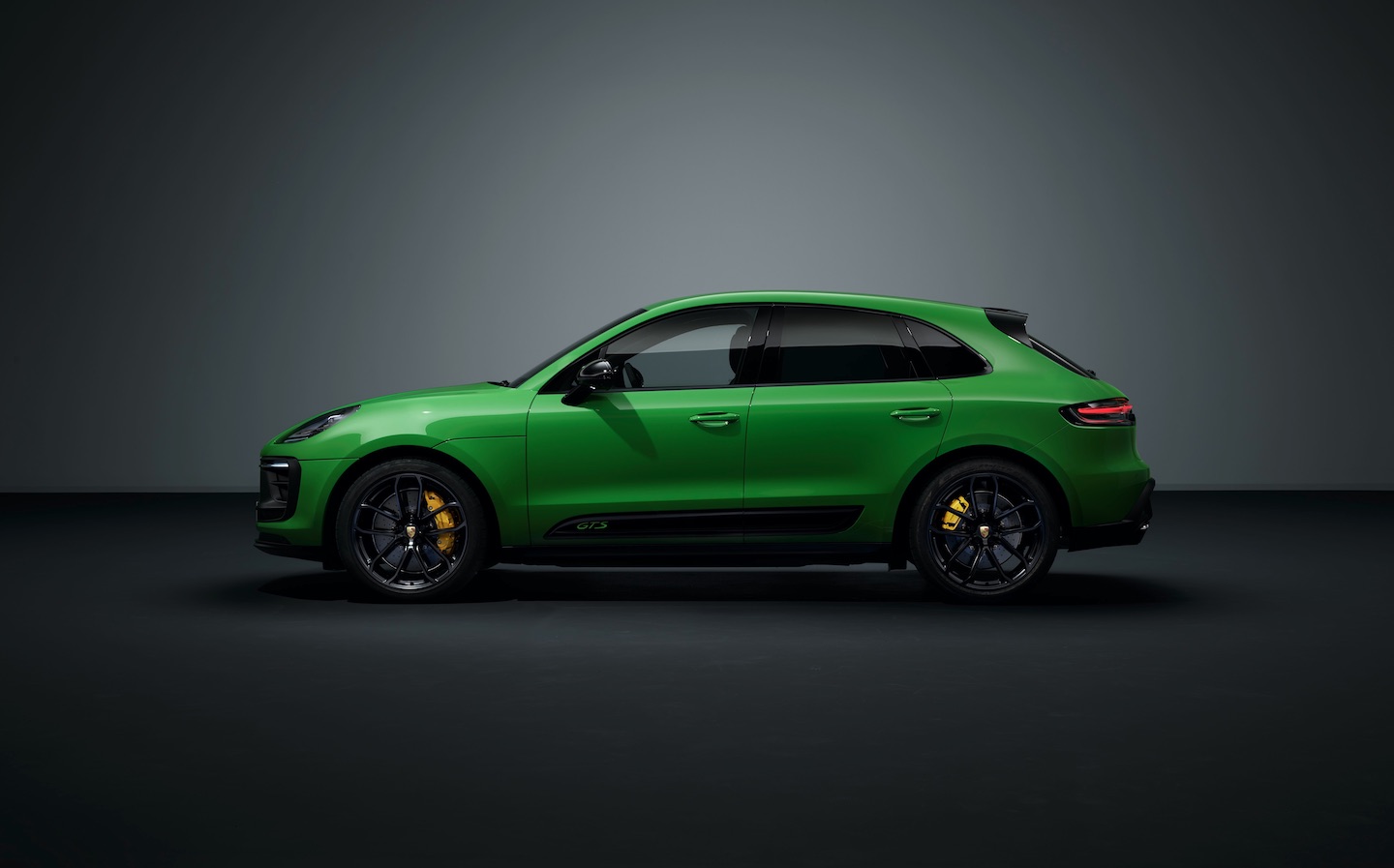 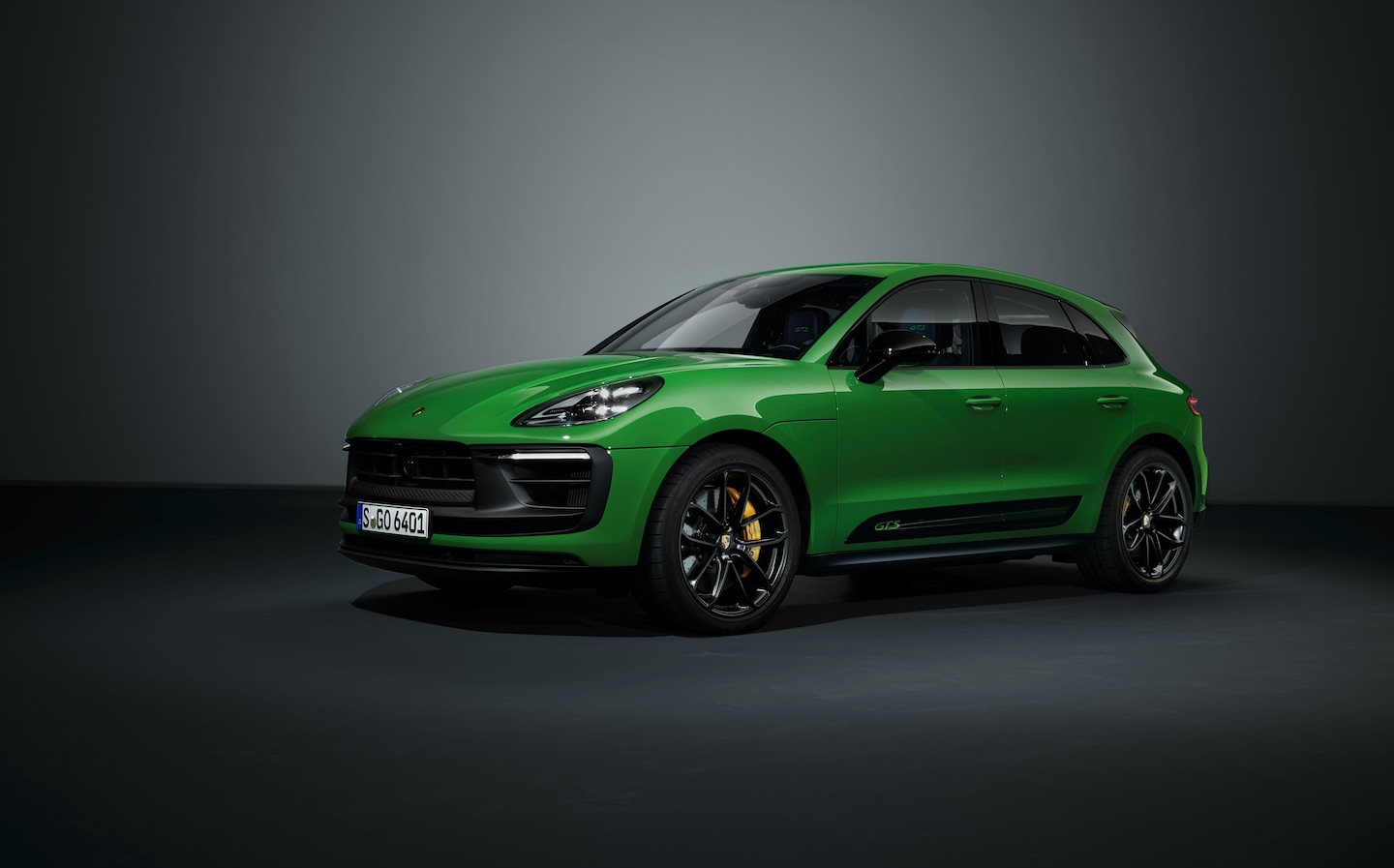 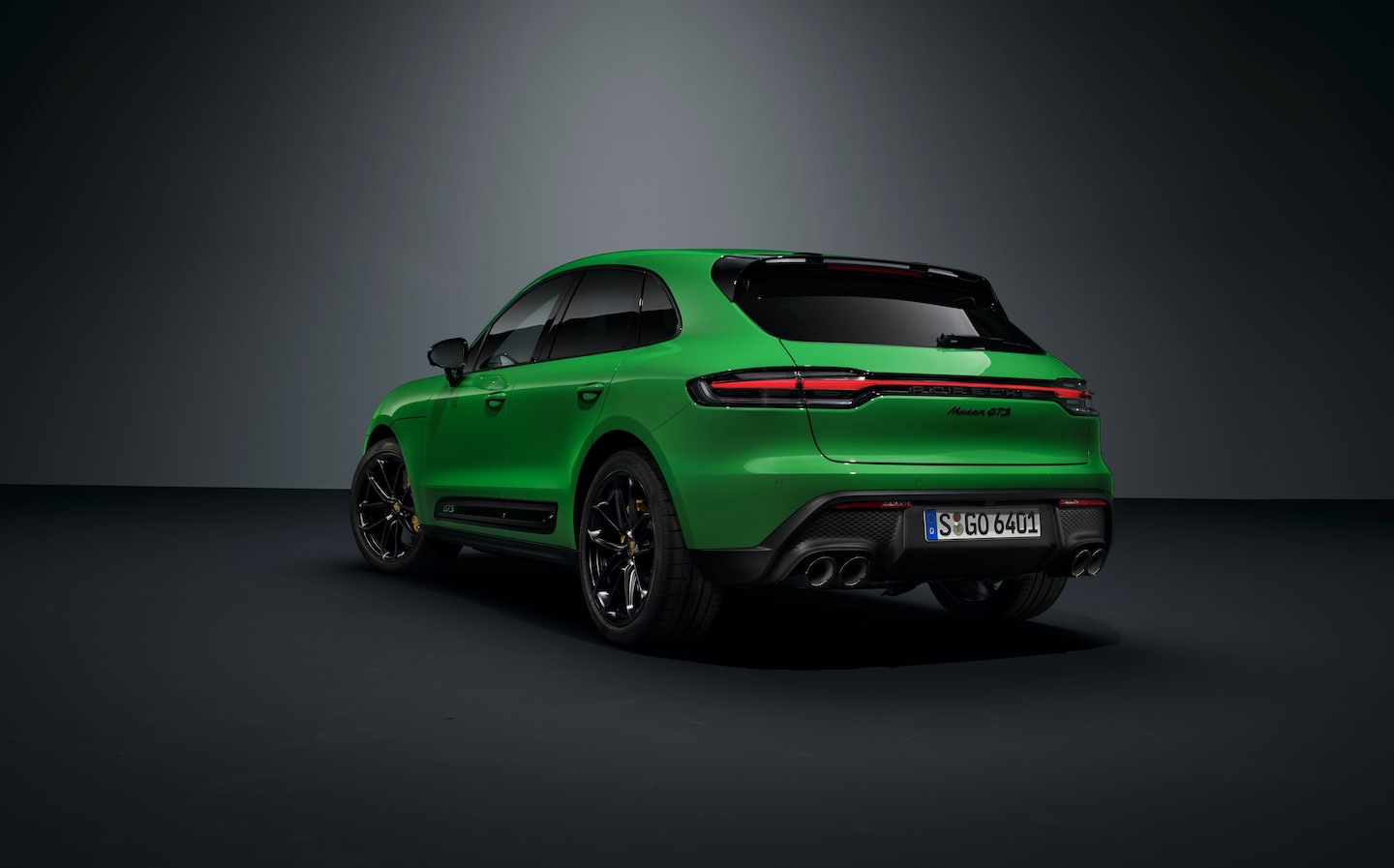 PORSCHE has taken the wraps off a new petrol-powered Macan crossover ahead of an all-new pure-electric powered model arriving in 2022.

The styling revisions are subtle but the company’s best-selling SUV has been given more power to help it stay competitive against premium performance rivals such as the Mercedes GLC, Audi Q5, Jaguar F-Pace and Alfa Romeo Stelvio.

On the outside, the Macan now comes with a body-coloured insert in the low-set grille, while dynamic LED headlights have become standard across the whole range. Sport Design wing mirrors are also now fitted as standard, while seven new alloy wheel designs in 19 and 20in diameters are offered, along with new paint options. 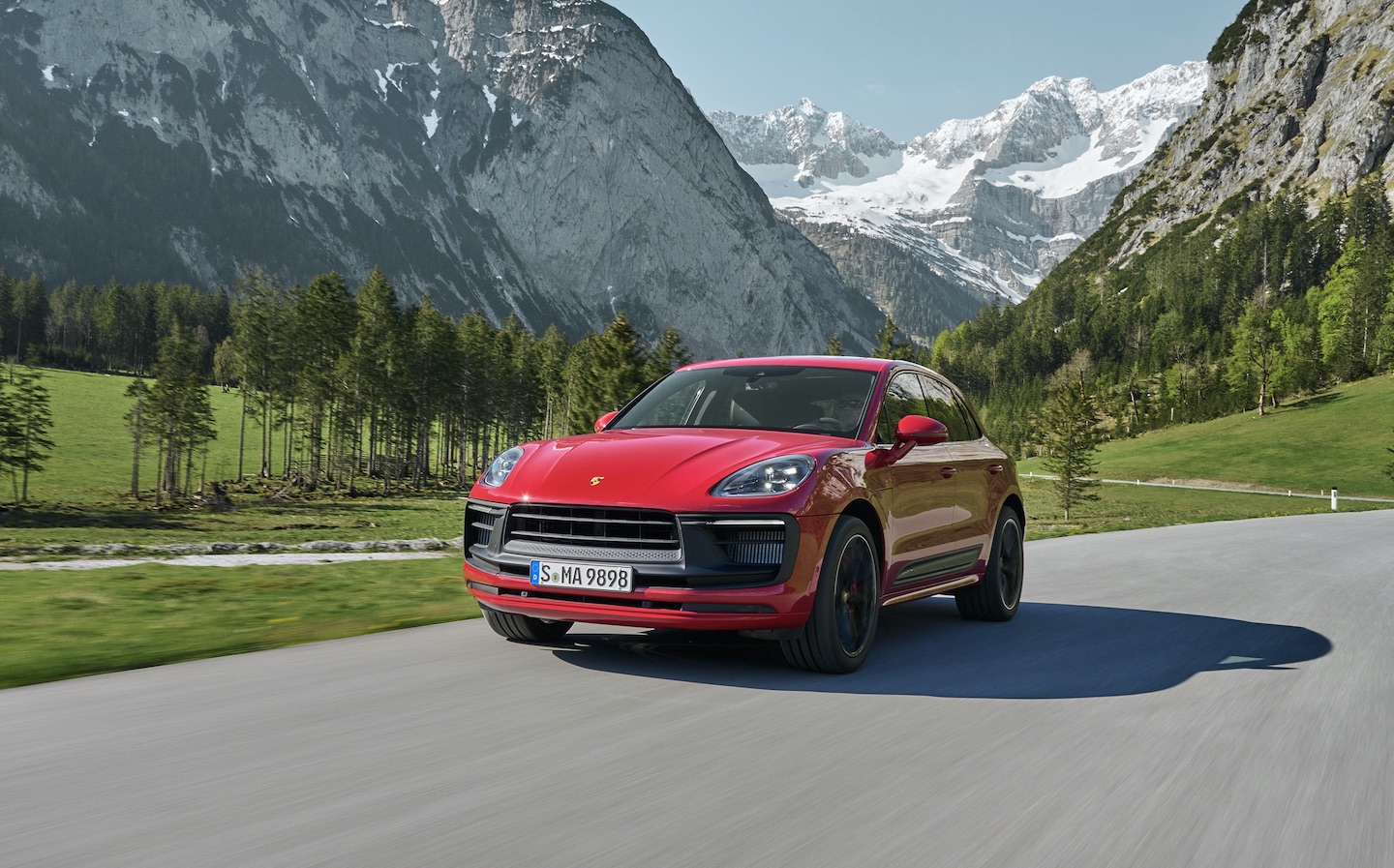 Inside, the centre console has been updated, with the outgoing Macan’s banks of buttons replaced by a single trim piece containing haptic feedback controls, while a stubbier gear selector and an analogue clock have also been added.

Extra interior upholstery options are now available, and Porsche has added the GT Sport steering wheel from the 911. 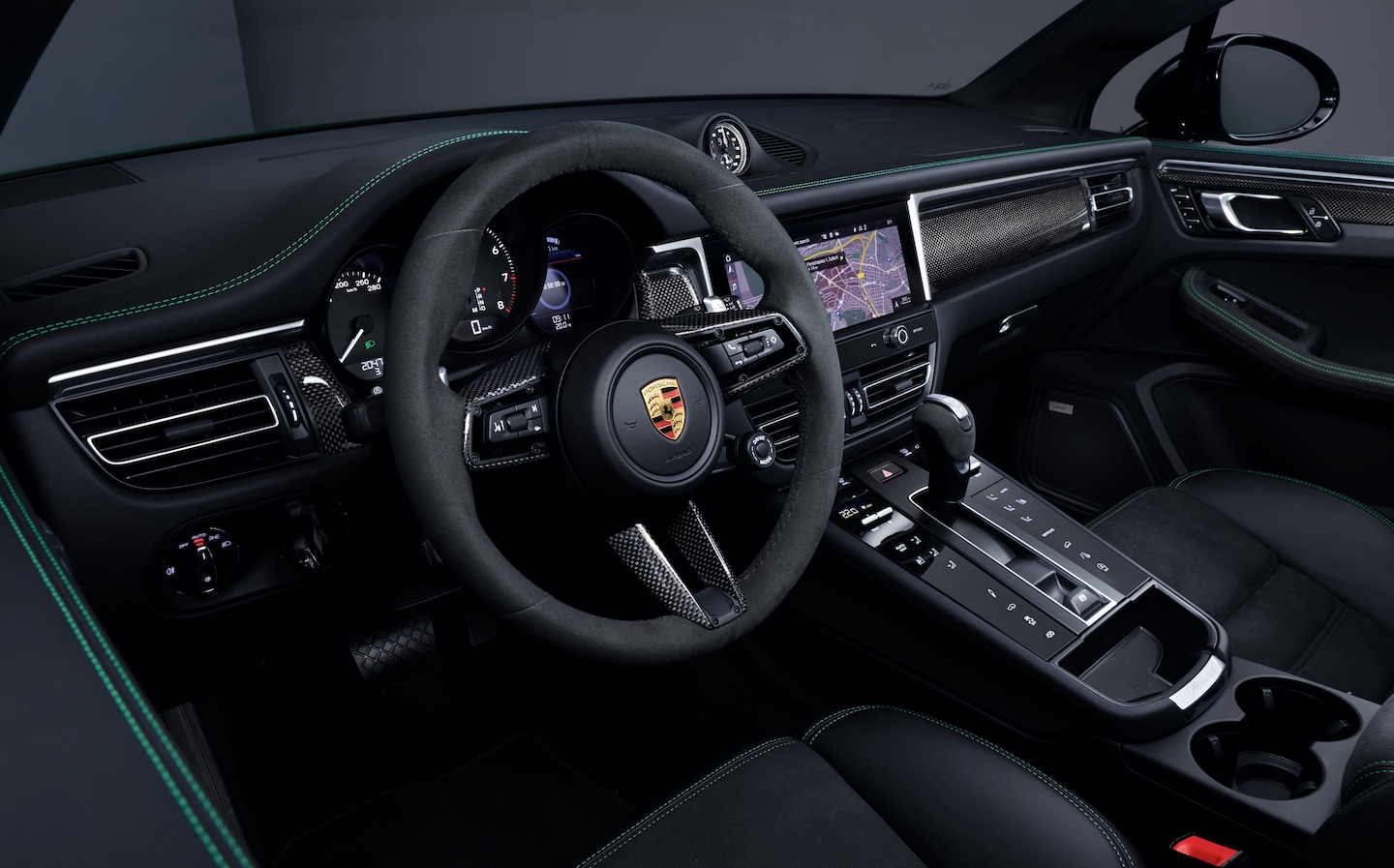 There are three models in the range — Macan, Macan S and Macan GTS— and all three have technical upgrades under the skin.

The entry-level model now gets a 261bhp four-cylinder turbo petrol engine — an increase of 20bhp — making it capable of sprinting from 62mph from standstill in 6.2 seconds and returning up to 28mpg.

Upgrade to the Macan S and the four-cylinder engine is replaced by a 2.9-litre twin-turbo V6 that produces 375bhp— up 26bhp on the old model — and means the car’s 0-62mph time is 4.6 seconds. It has a top speed of 161mph and an official fuel economy figure of 25.4mpg. 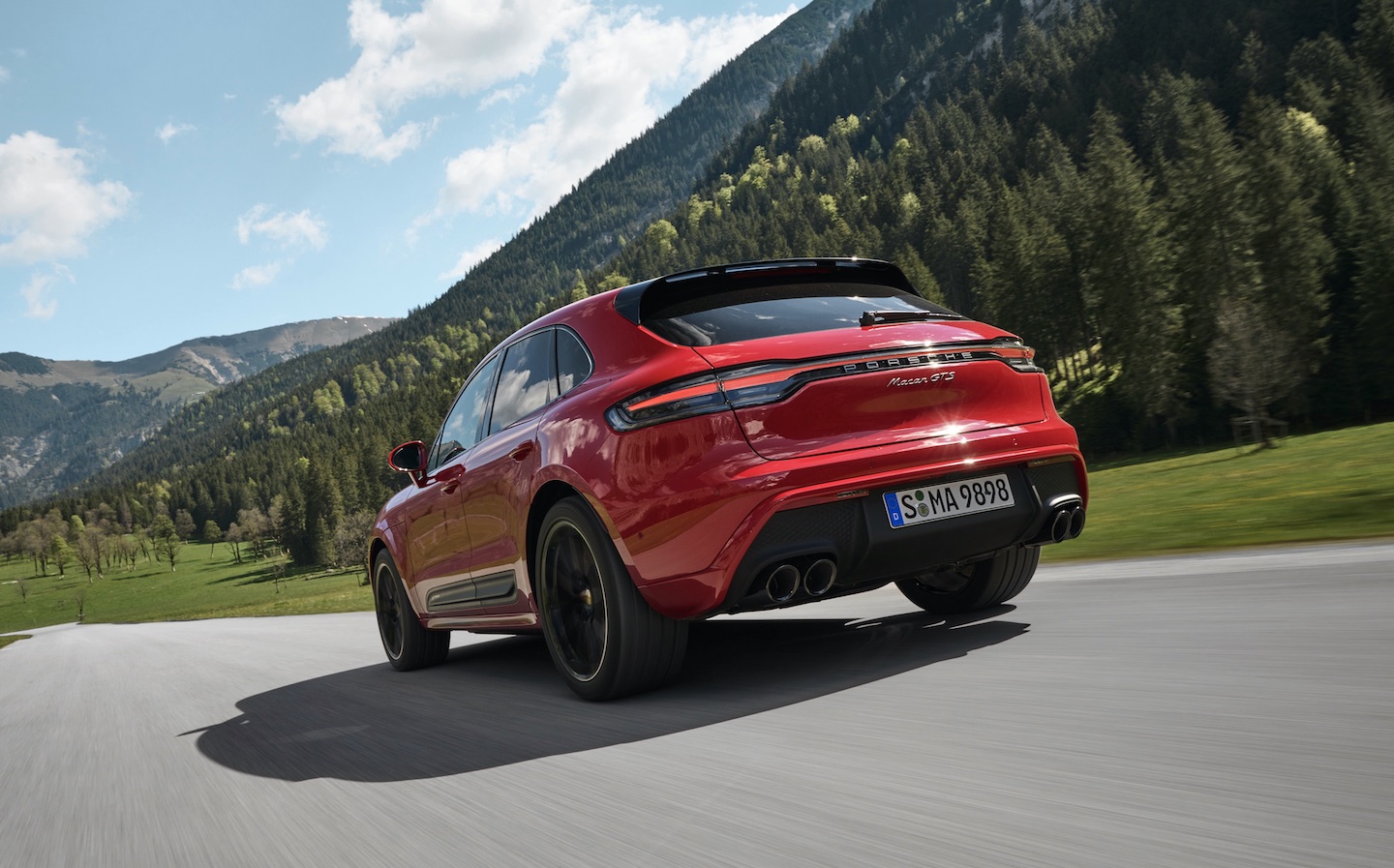 At the top of the relaunched range is the Macan GTS. This gets the same 2.9-litre V6 as the Macan S but tuned to pump out 434bhp, an increase of 59bhp over its predecessor. Fitted with the optional Sport Chrono package, the GTS manages 0-62mph in 4.3 seconds and has a top speed of 169mph.

As well as more power the GTS now has adaptive air suspension fitted as standard, with a 10mm lower ride height and 10% stiffer damping than before, which Porsche claims gives it sharper handling.

The GTS also benefits from a unique styling package, with matt-black detailing to the exterior, while vivid Python Green is exclusive to the GTS if you add the optional GTS Sport package.

The updates to the Porsche Macan come ahead of the launch of a pure-electric Macan, which is due to arrive in 2022. However, the current car will continue to be sold alongside the electric variant, thus ensuring the Macan’s status as Porsche’s best-selling model. Since its launch in 2014, the Macan has racked up 600,000 deliveries worldwide.