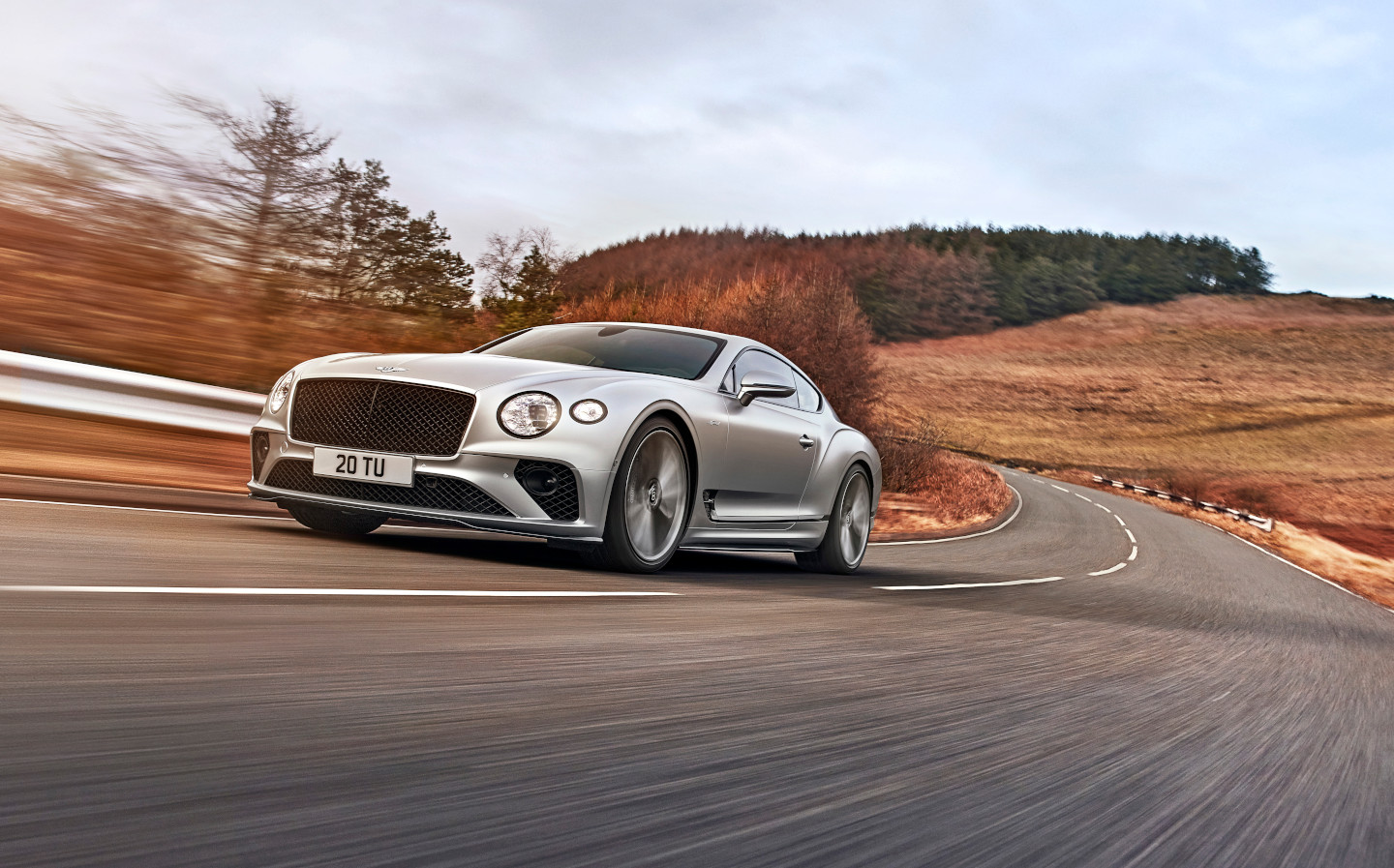 BENTLEY HAS revealed the new Continental GT Speed, a £200,000 range-topping version of its lauded grand tourer.

The Crewe car maker claims that the model is the “most capable, performance-focused Bentley ever”, with power from the company’s 6.0-litre W12 engine increased from 626bhp to 650bhp. The 664 lb ft of torque, though, is equal to that of the Continental GT Mulliner. 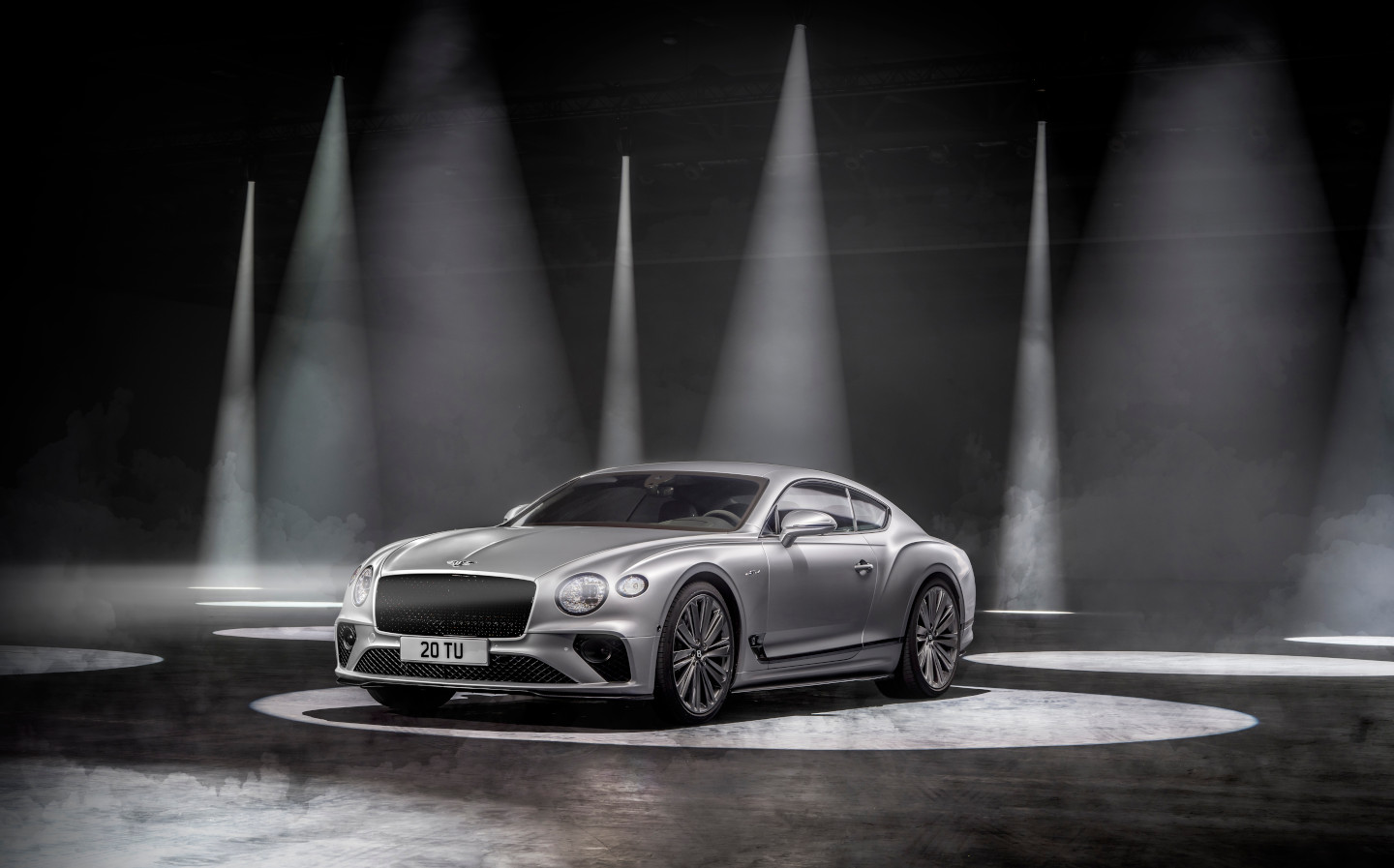 This results in a presumably imperceptible 0.1 second reduction in the 0-60mph sprint time (3.5 seconds rather than 3.6), while the top speed — usually an irrelevant stat anyway, unless you’re planning a lot of trans-Germanic journeys — is upped by 1mph, to 206mph.

However, performance is about more than horsepower and pound-feet, and Bentley has instead decided to go to town on the chassis of the Continental GT.

A new electronic all-wheel steering system provides extra stability at high speeds, while at low speeds the rear and front wheels steer in opposite directions to make the car more light-fingered when turning — useful, in a car with a kerb weight of 2,725kg. This is already a system used to reduce the turning circle of the 5.3 metre Flying Spur. 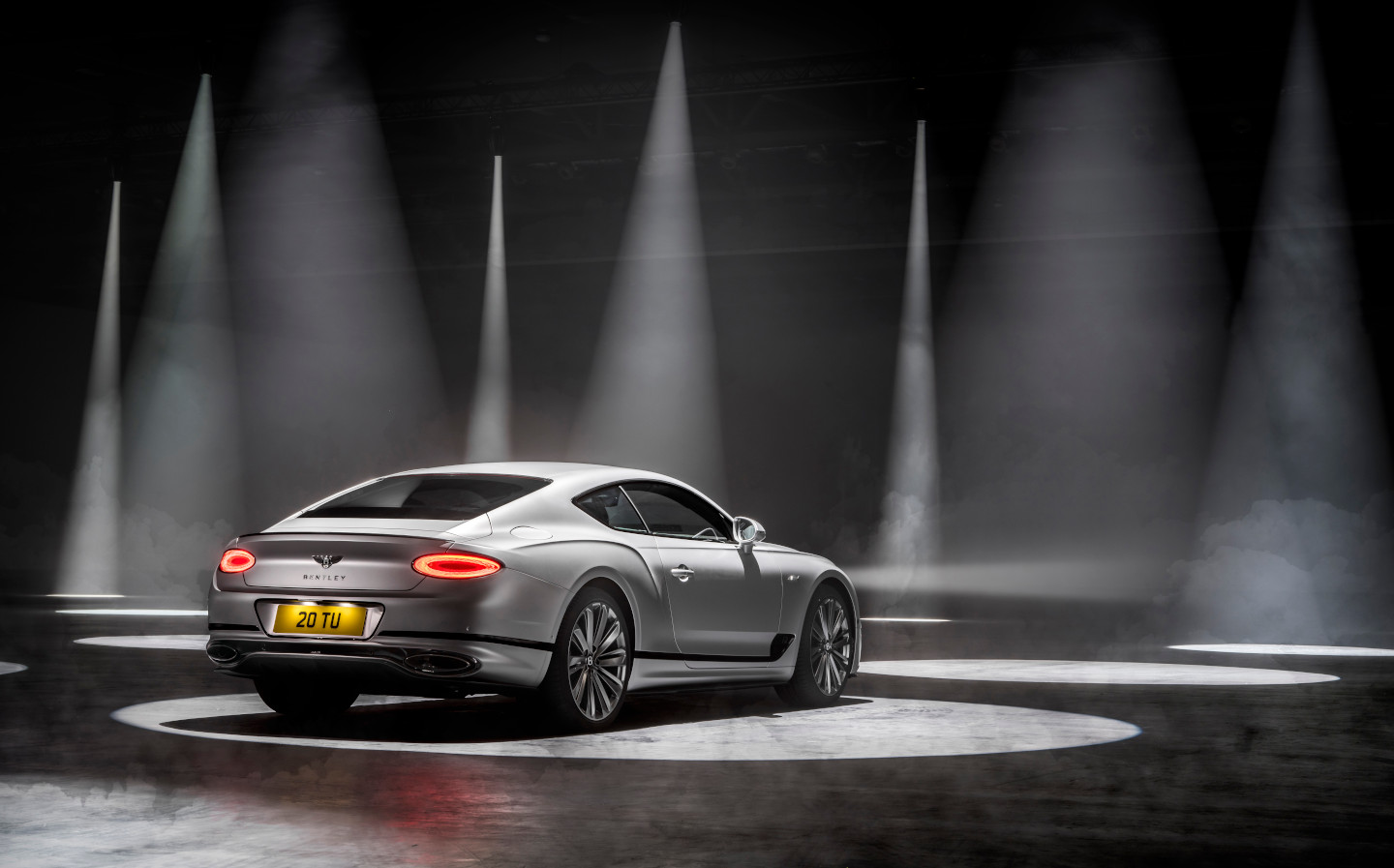 This works in conjunction with the first electronic limited slip differential ever to be used in a Bentley to deliver power to the wheels that need grip the most.

Bentley says that it has significantly recalibrated the torque delivery and traction control of the Continental GT Speed in order to give it a “noticeable character shift” in comparison to the regular W12 Continental GT.

The engine has also been altered to stay in the power band for longer, while the dual-clutch, eight-speed transmission shifts gears twice as fast as the standard W12 model when in Sport mode, Bentley claims. 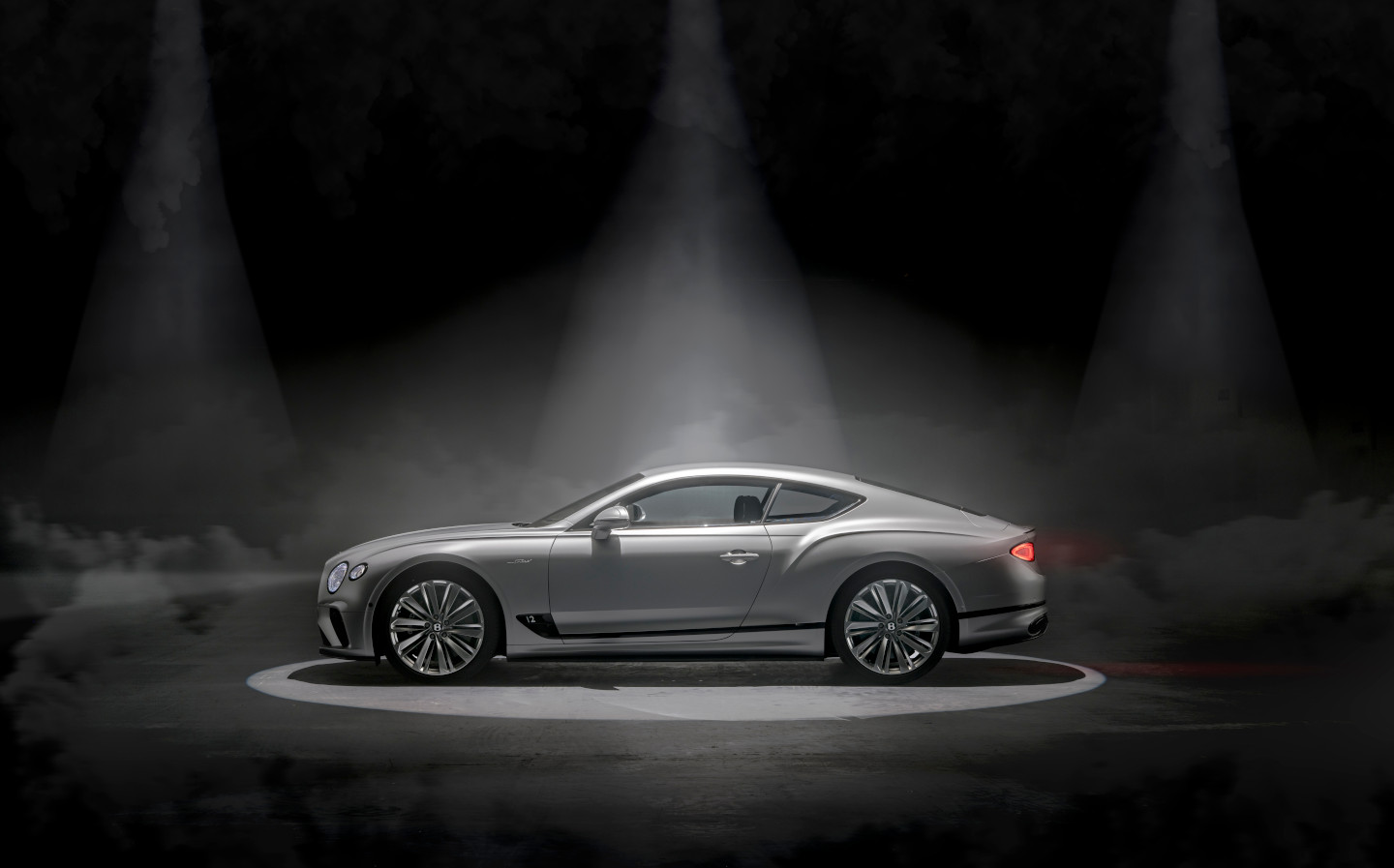 For added stopping power, optional carbon ceramic brakes have been introduced as an option, which has the added benefit of saving 33kg.

Despite all the mechanical improvements, the Continental GT Speed is even more luxurious than the rest of the model range. While the interior is ergonomically identical, it is now upholstered in swathes of Alcantara, while Bentley is offering a characteristically massive selection of leather colours — 15 main, and 11 secondary. 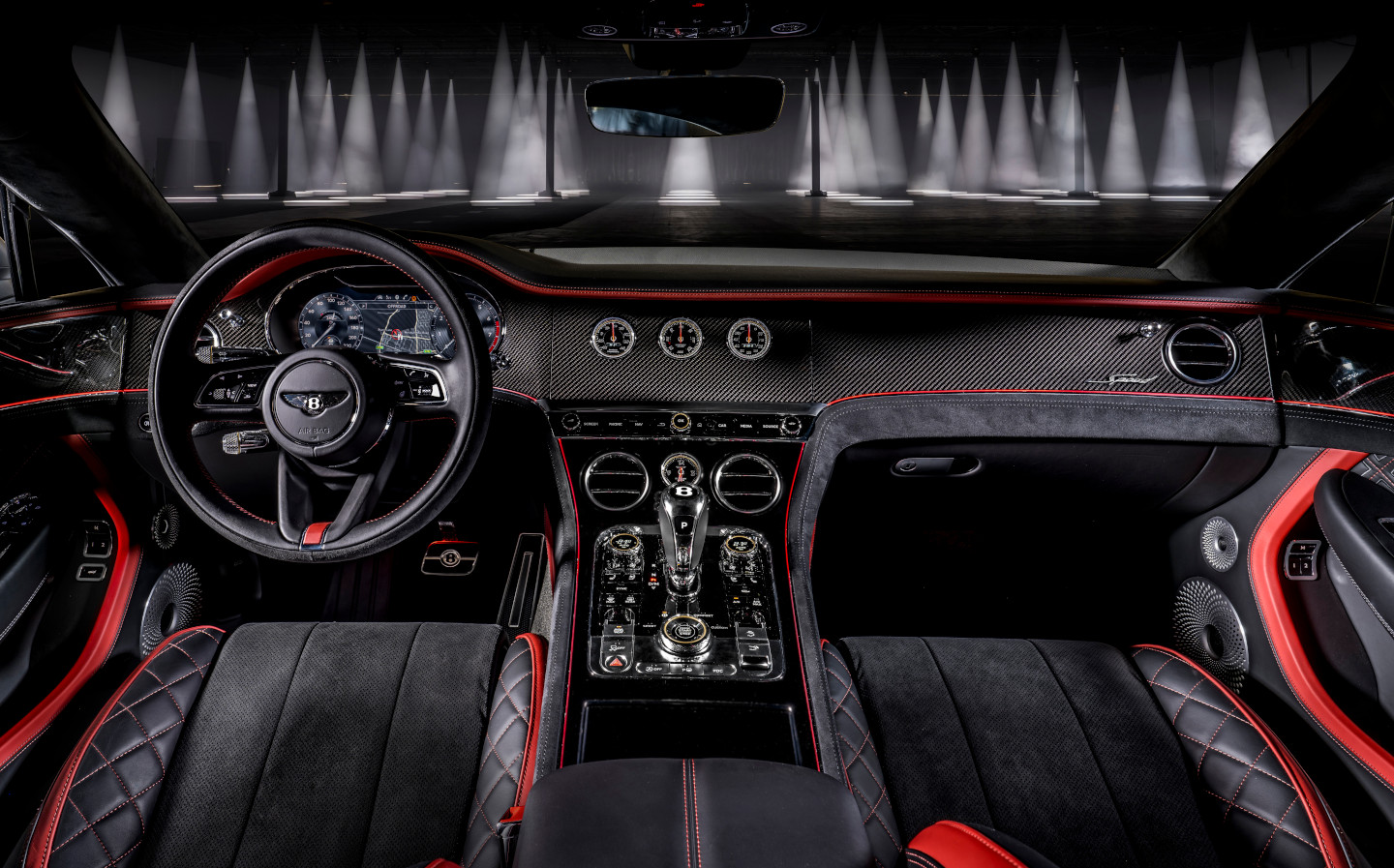 Exterior design is also virtually unchanged, save a few flourishes of chrome and a lower, darker grille. There are bespoke, “Speed” design 22in alloy wheels, too.

The Bentley Continental GT Speed is available in certain markets now. Orders and deliveries will commence in the UK this summer.