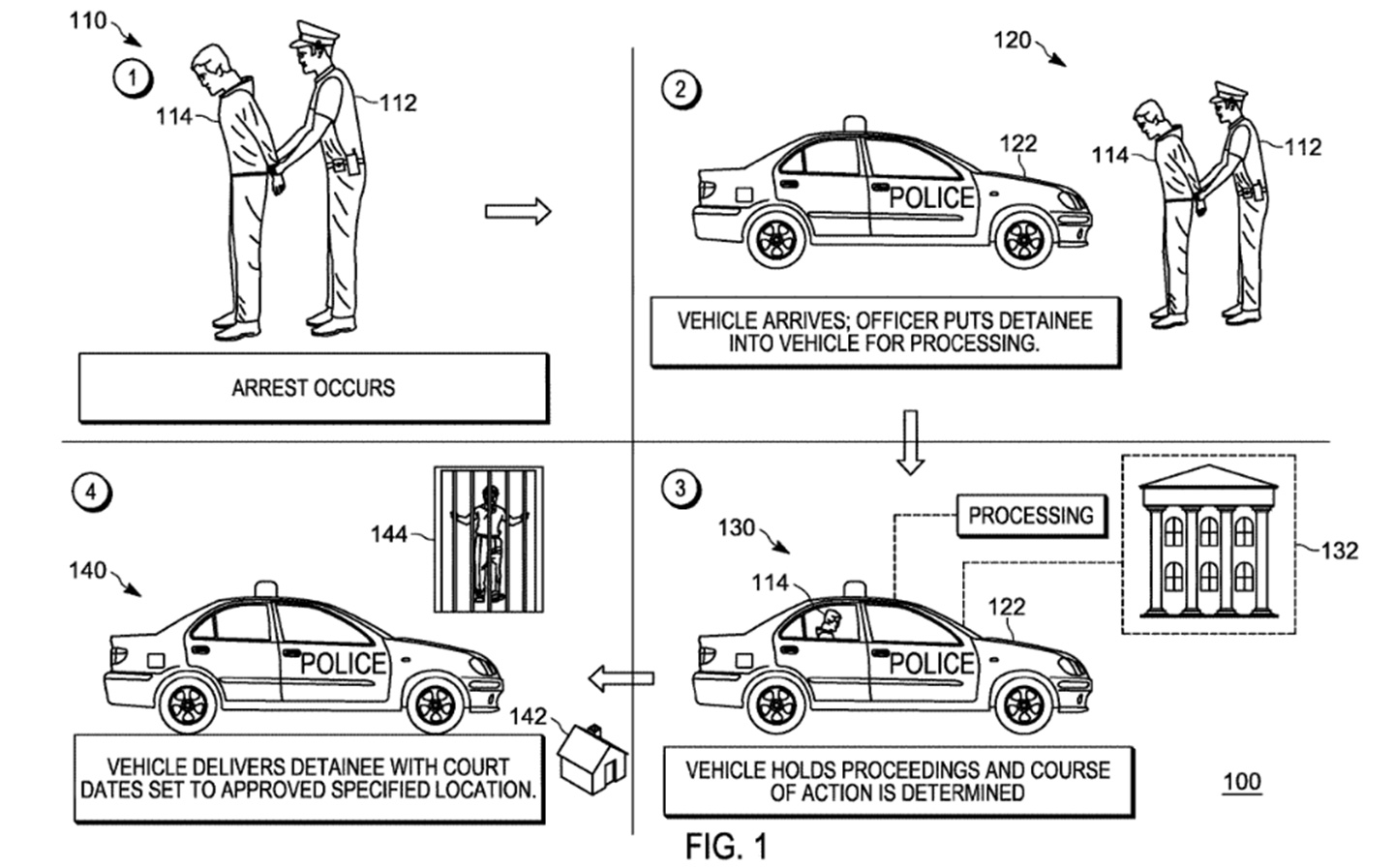 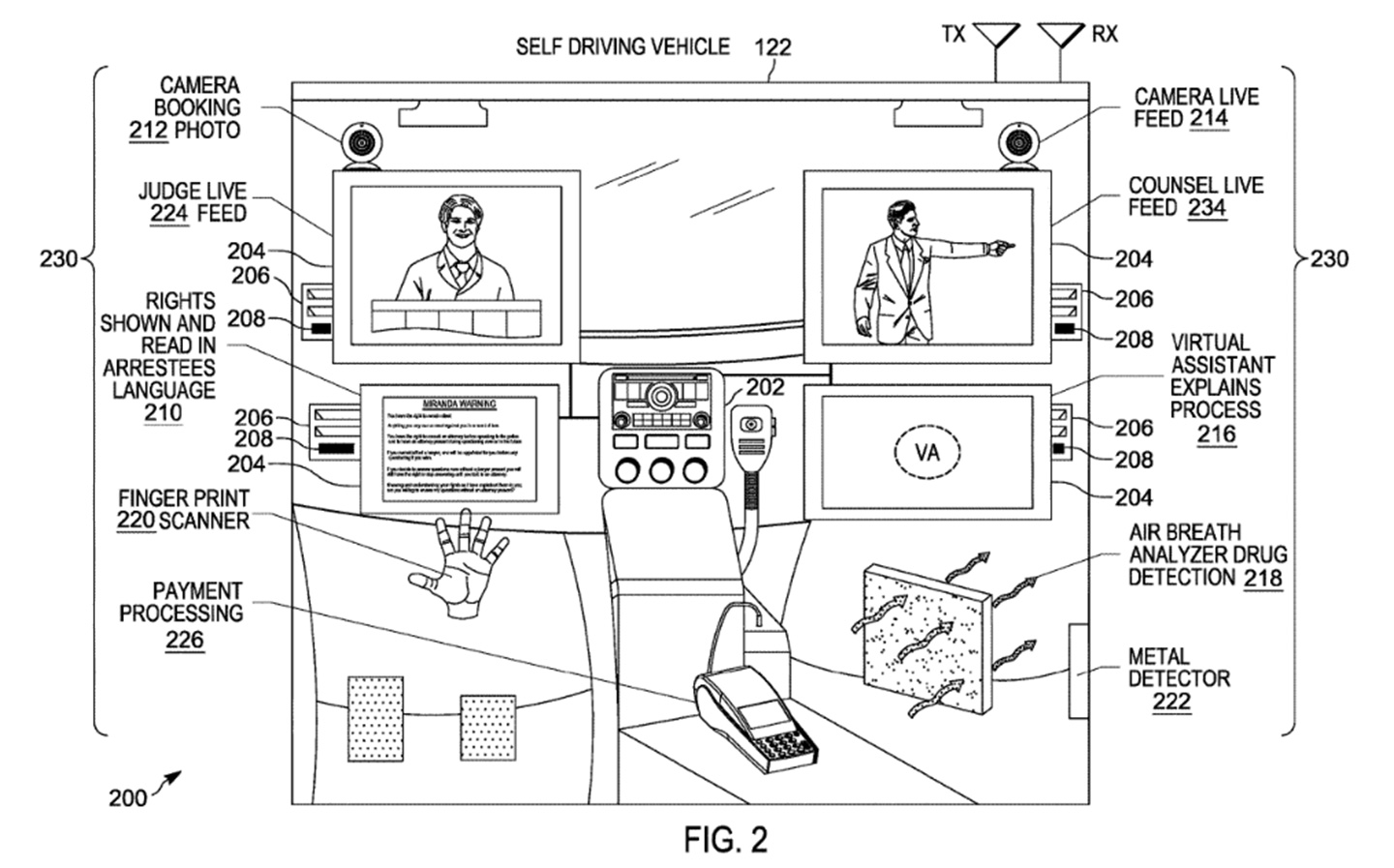 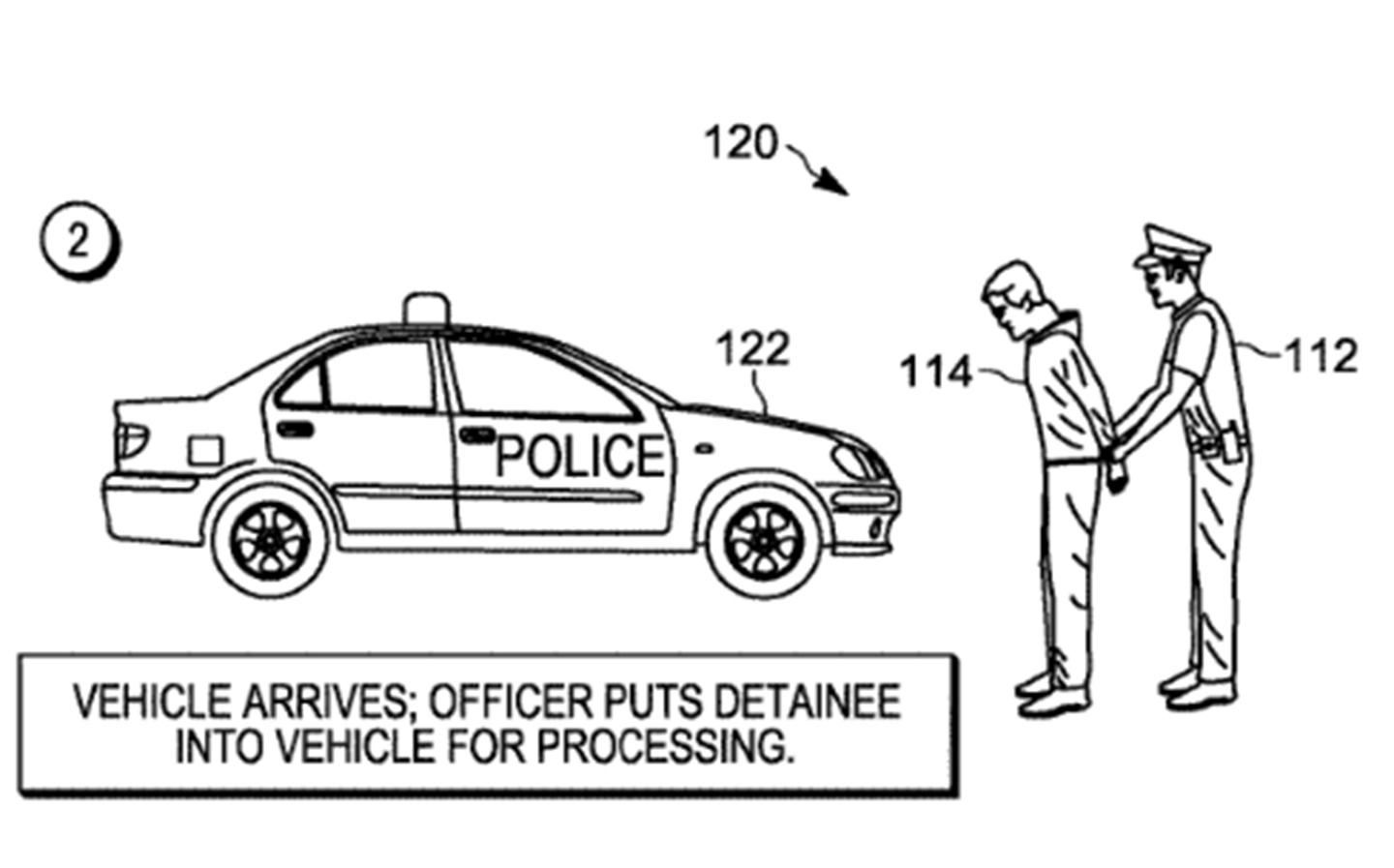 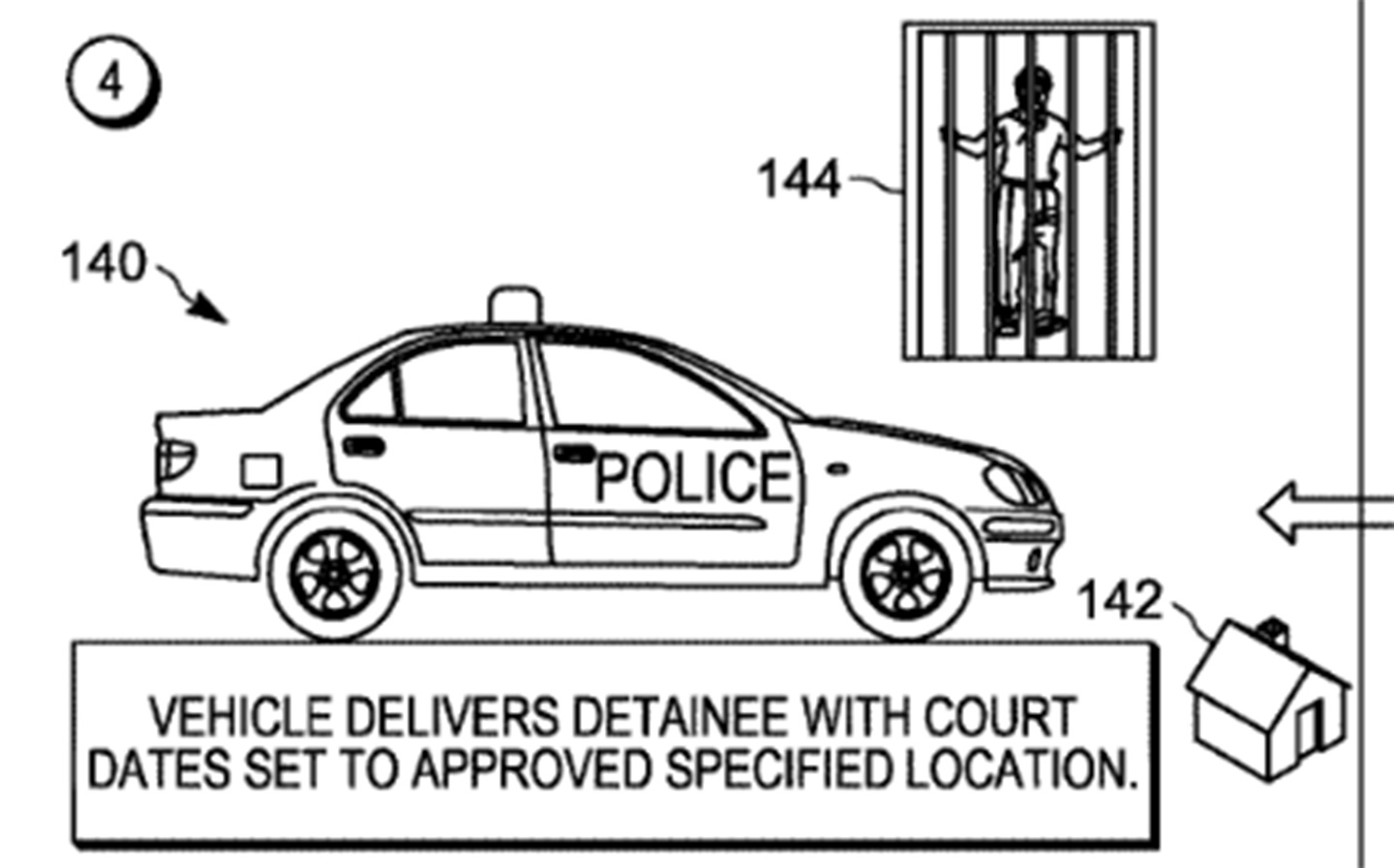 A NEW patent filing in the United States of America suggests the smartphone maker Motorola has its sights on an altogether different kind of mobile device: a law enforcer and court room on wheels.

Motorola’s “mobile law enforcement communication system” is effectively a self-driving police car with a suite of tools that can also scan and even prosecute criminals while en route to jail.

Facial recognition software and a built-in fingerprint scanner would be able to determine if the suspect is already on the police database, while scanners would detect if the person being detained has any weapons on them.

A breathalyser would be used to determine if suspects are under the influence of alcohol or drugs. There’s also an online payment system, which would allow those who’ve been determined to have fallen foul of the law to pay any fines or penalties on the fly.

The party piece of Motorola’s system, though, is the live communications functionality that would allow judges to question suspects via a video feed.

The system is intended to help streamline the justice process, by quickly identifying suspects that have been arrested at the scene of a crime.

Of course, though Motorola has filed a patent for the technology, it is unlikely law enforcement agencies will start using the autonomous police car anytime soon; major companies tend to file patents for quirky contraptions on a relatively frequent basis. In September this year, Toyota issued a patent for its take on a flying car, while in 2015 Jaguar Land Rover patented a system that operates windscreen wipers by tracking the driver’s eye movements.