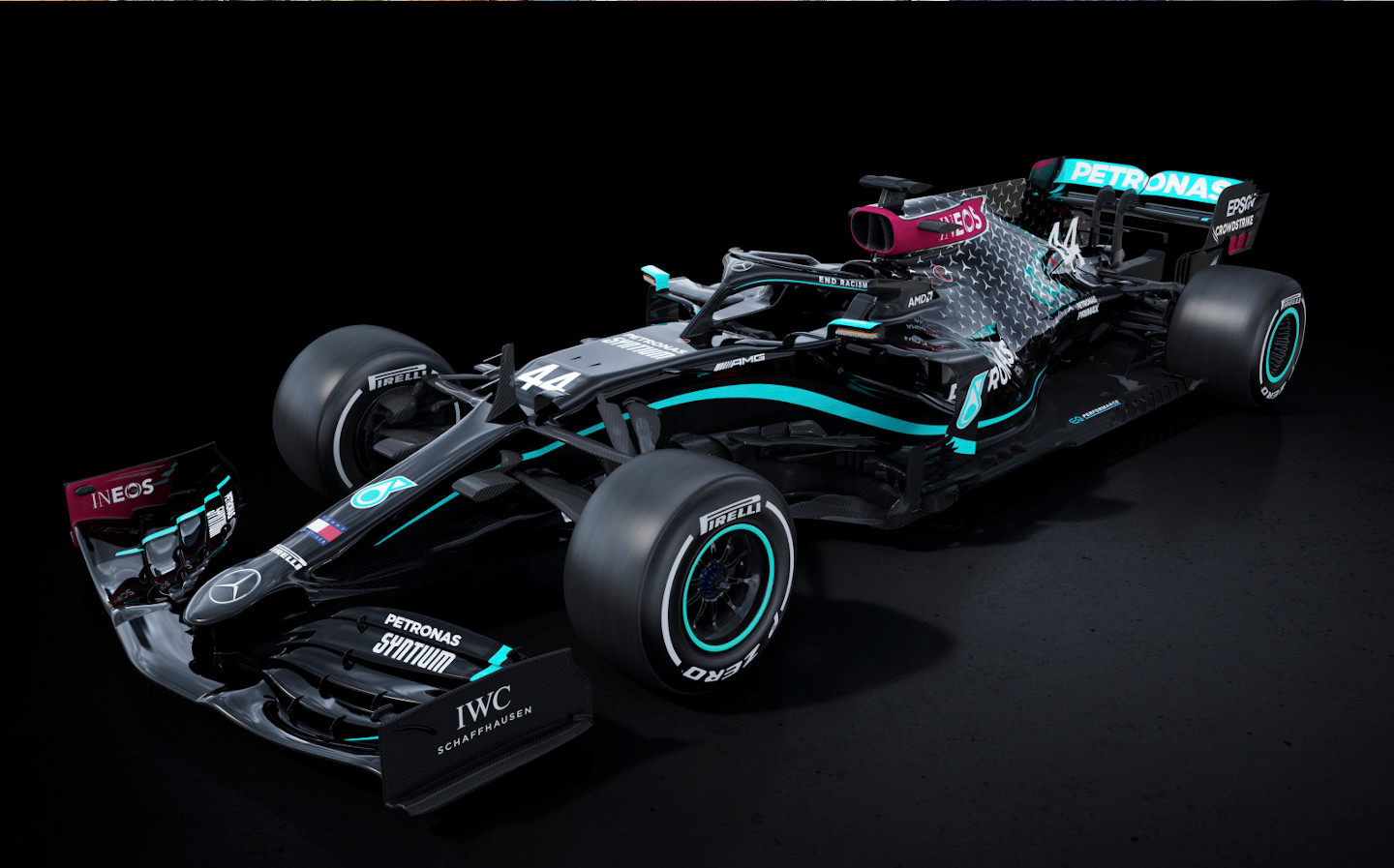 THE SILVER Arrows will turn black this season, as Mercedes F1 makes a stand against racism and discrimination within motor sport.

The team, which has used a silver livery since the 1930s, said that the gesture was not only a statement of solidarity with anti-racism campaigners but also a symbol of its pledge to work on internal equality issues.

A team statement read: “We are proud of our culture and our values. We prize the contribution of every individual, and our team members tell us that the experience within our team is an inclusive one.

“But in our organisation, just 3% of our workforce identify as belonging to minority ethnic groups and only 12% of our employees are women. This lack of diversity shows that we need to find new approaches to attract talent from many areas of society we do not currently reach.

“We know that our team will be stronger if we can attract talents from the broadest possible pool and we are committed to achieving this through positive action.”

Lewis Hamilton, who won five of his six world championships with Mercedes (as well another with McLaren-Mercedes) and has been outspoken about his experience of racism within the sport, praised the team and team principal Toto Wolff for the gesture.

“When I spoke to Toto about my hopes for what we could achieve as a team, I said it was so important that we stand united,” Hamilton said. “I would like to say a huge thank you to Toto and the Mercedes Board for taking the time to listen, to talk, and to really understand my experiences and passion, and for making this important statement that we are willing to change and improve as a business.”

To change from silver to black may, on the surface, seem like a small change to those who don’t know the history of Mercedes in motor racing, but there is nearly a century of tradition attached to the colour. When weighing the car for the Eifel race at the Nürburgring in 1934, the Mercedes-Benz W25 that entered was a kilogram too heavy, so the white paint was scrubbed off, leaving the silver aluminium body underneath exposed — so the story goes.

This ushered in half a decade or so of motoring dominance for Mercedes, which lasted until the beginning of the Second World War. After the war, Mercedes again found success with Juan Manuel Fangio in 1954 and ‘55, before the car maker retired from motor sport for nearly four decades after a tragedy at Le Mans in 1955, at which 83 spectators and French driver Pierre Bouillin were killed.

Mercedes returned to the track in 1994 as an engine supplier to Sauber, and then to McLaren in 1995. McLaren-Mercedes won the 1998 Constructors Championship with the silver MP4/13, and Mika Häkkinen took the Drivers Championship. He would go on to win the following year, too, also in a silver McLaren-Mercedes car.

Mercedes re-entered with its own F1 team in 2010 with a silver livery, and has used either entirely or predominantly silver cars since. The Silver Arrows began an era of dominance in the sport once more from 2014, winning every driver and constructor title, with Hamilton securing all but one of the drivers’ titles.

To change from silver to black livery, therefore, is perhaps one of the biggest gestures Mercedes could make. Fans will now watch to see if Mercedes can follow through on its pledges.

With the Black Lives Matter movement gaining global attention since the killing of George Floyd by a white police officer in America in May, Lewis Hamilton has talked openly about his experience of racism within F1 and has urged the sport to take the issue seriously.

The sport last week distanced itself from ex-chief Bernie Ecclestone, who is often credited with its modern popularity, after he said that “in lots of cases, black people are more racist than what white people are”. F1 issued a statement saying it “completely disagreed” with Ecclestone’s comments, while Hamilton called him “ignorant and uneducated”.

The six-times world champion has set up The Hamilton Commission, a research partnership with the Royal Academy of Engineering that aims to engage more young people from black backgrounds in Science, Technology, Engineering and Maths (STEM) subjects. F1 has also set up its own equality and diversity task force.

Chase Carey, chairman and CEO of Formula 1, said: “We fully recognise that Formula 1 needs to be more inclusive and diverse. While we set out our strategy last year to improve the position of our sport, we need, and want, to do more.

“That is why we will establish a Task Force to listen and ensure the right initiatives are identified to increase diversity in Formula 1. We want to ensure we give people from all backgrounds the best chances to work in Formula 1 regardless of their gender, ethnicity, sexual orientation, or physical abilities.

“We are therefore also taking the initial step of creating a foundation to support key educational and employment opportunities across Formula 1 that will give under-represented talent the chance to work in this incredible sport and build an exciting career.”