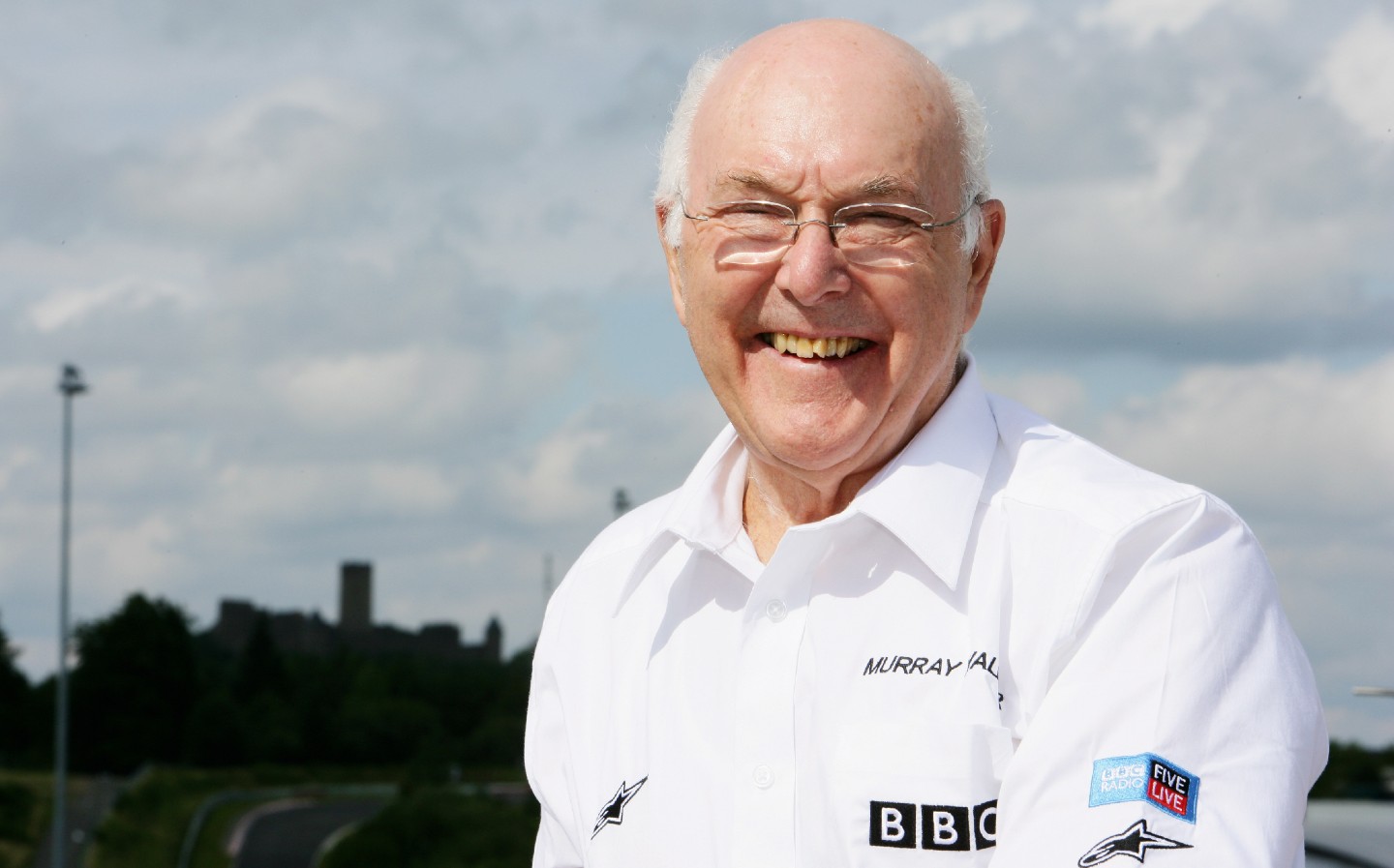 MURRAY Walker, the motor sport commentator who was the voice of Formula One in Britain and beyond from 1978 to 2001, has died aged 97.

A statement from the British Racing Driver’s Club read: “It’s with great sadness we share the news of the passing of BRDC associate member Murray Walker OBE.

“A friend, a true motorsport legend, the nation’s favourite commentator and a contagious smile.

“We thank Murray for all he has done for our community. RIP our friend.”

Walker will be remembered primarily for his infectious enthusiasm and exceptional knowledge of all forms of motor racing, including F1, and he has been sorely missed by race fans since his retirement.

He was not immune to gaffes – in fact, some could argue they were part of Walker’s appeal. These included comments such as, “The car out in front is unique, except for the one behind it, which is identical,” and “Nigel Mansell is slowing down now – he is taking it easy. Oh, no he isn’t! It’s a new lap record!”

But it was his heartfelt emotion that connected with audiences, such as the time Damon Hill clinched his world championship and Walker declared, “I’ve got to stop because I’ve got a lump in my throat.”

Energy, passion, emotion. Few have ever done it as well as Murray pic.twitter.com/YDJoMpeaNl

Taking to Instagram, Hill referenced the famous moment, saying: “We’ve all got to stop now because we have a lump in our throats. Thank you so much Murray.”

The famous line was also evoked by another British World Champion, Jenson Button, who shared pictures of the two together with the comment: “Today we say farewell to one of the greats of our sport, Murray was the voice of F1 for so many years, he put his heart and soul into commentating. The legend will always live on in our memories but today in Murray’s words “I’ve got to stop because I have a lump in my throat.””

Today we say farewell to one of the greats of our sport, Murray was the voice of F1 for so many years, he put his heart and soul into commentating. The legend will always live on in our memories but today in Murray’s words “I’ve got to stop because I have a lump in my throat” pic.twitter.com/Z10RcslkGk

Incumbent World Champion Lewis Hamilton also took to social media to express his condolences. “So sad to hear of Murray’s passing. I remember growing up hearing your voice over the races. You made the sport so much more exciting and captivating. The iconic voice of our sport and a great man, thank you for all you did, you will never be forgotten. Rest in peace.”

Jake Humphrey, who presented the F1 show for the BBC from 2009, said that he had spoken with Walker on the phone weeks ago: “He was in a residential home, hating getting older. However, I could hear the sparkle and pride in his voice when we spoke about @LewisHamilton’s 7th title.

“Murray set the standard. I’m honoured to call him a friend. RIP” 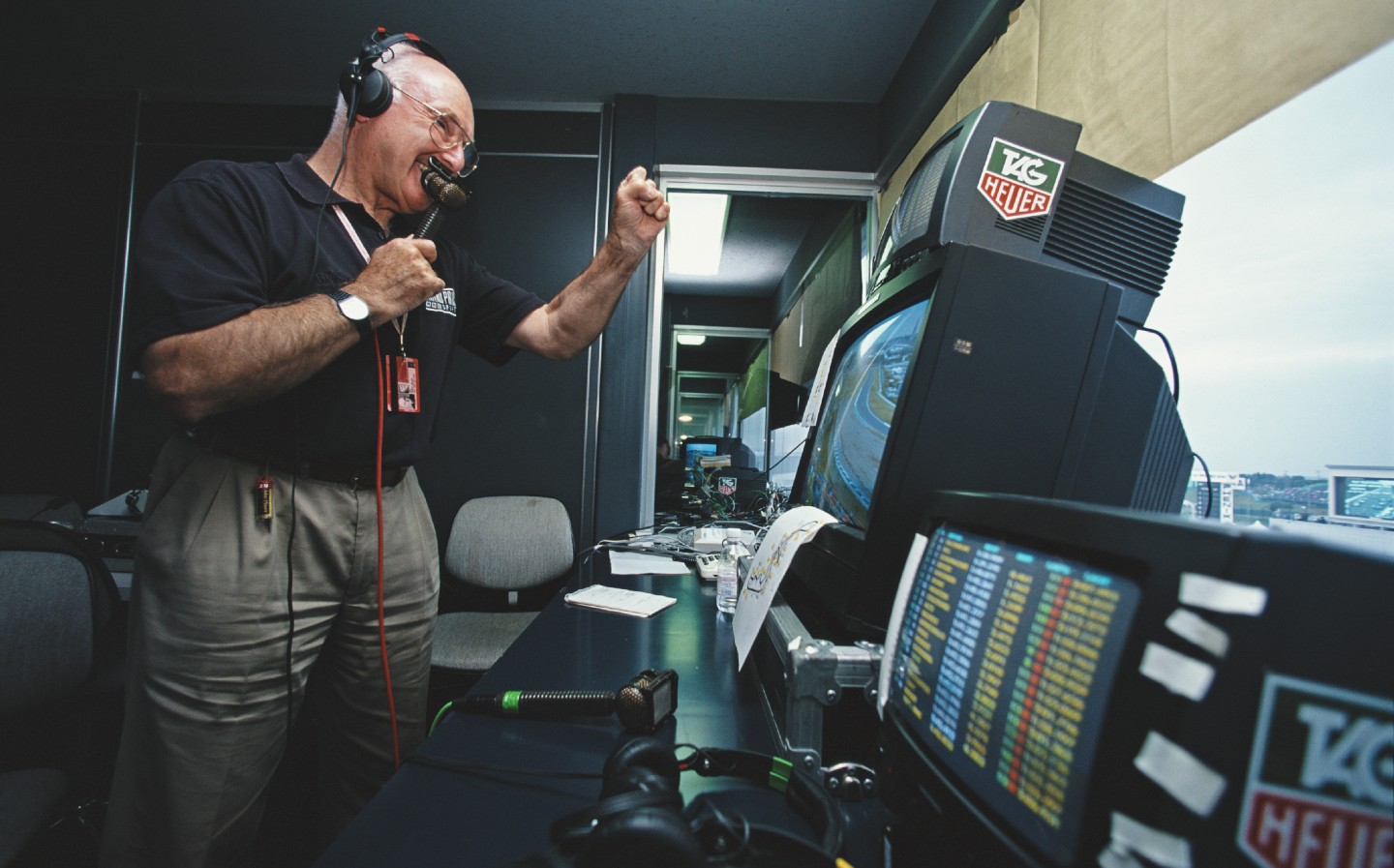 David Croft, who has been the lead commentator for Sky Sports’ coverage of Formula One since 2011, said on Twitter that Walker was “a gentleman and a legend in every sense of the word.”

“It was an honour to know you, a delight to spend time in your company and inspiring to listen and learn from you. THE voice of Formula One and always will be.”

Speaking on Sky Sports on Saturday evening, Croft continued: “The beauty of Murray Walker is that we all felt that we knew him. Whether we’d met him or not, he was one of us. He was a fan of life. A fan of happiness. A huge fan of motor sport, the sport that just made him tick, and he enjoyed every single minute he ever spent in the paddock.”

Speaking to the PA news agency, three-times world champion Sir Jackie Stewart said: “There will never be another Murray Walker.

“He is one of those people that will be remembered forever and not too many commentators could expect that to happen after their life.

“He was a gentleman of the sport, his command of the English language was huge, so too his excitement and his energy.

“It is a great loss. I spoke to him not that long ago. He was in a care home and we had a good conversation. There was no lack of Murray Walker.

“I don’t think many people knew he was not living at his home so I don’t think he had had too many calls. I was thrilled to get in contact with him.

“We are all at a certain age where we are seeing friends and colleagues slip away which is very sad, but in the case of Murray, he will never be forgotten.”

Walker commentated on other series in the UK, including the British Touring Car Championship, which without doubt helped raise the profile of the tin top series during its peak in the 1990s.

On Twitter, the BTCC wrote: “Murray was a true inspiration to us all, an icon and true motorsport legend.

“We are eternally proud that his infectious commentary was such a big part of the BTCC.

“Thank you… Rest in Peace Murray.”

Walker’s passing has seen the increased sharing of an interview he did with Jeremy Clarkson, in which he tells the host: “The thing I have always wanted to commentate on, more than anything else — you’re going to laugh at this — is snooker.”

Clarkson then supplies Walker with a microphone and a clip of Ronnie O’Sullivan, and the commentator gives the clip the “Murray Walker treatment”.

There are so many people sharing so many wonderful memories of Murray Walker. I hope his family know how much he was loved.pic.twitter.com/2zxonvbEO6

Walker is survived by Elizabeth, his wife of more than 60 years.

– After reading about the sad death of Murray Walker, F1 commentary legend, you might like to read our 2016 interview with Freddie Hunt, son of James Hunt.
– Last week Aston Martin revealed its new F1 safety cars for the 2021 season.
– Also take a look at Aston’s first F1 racing car for more than 61 years.