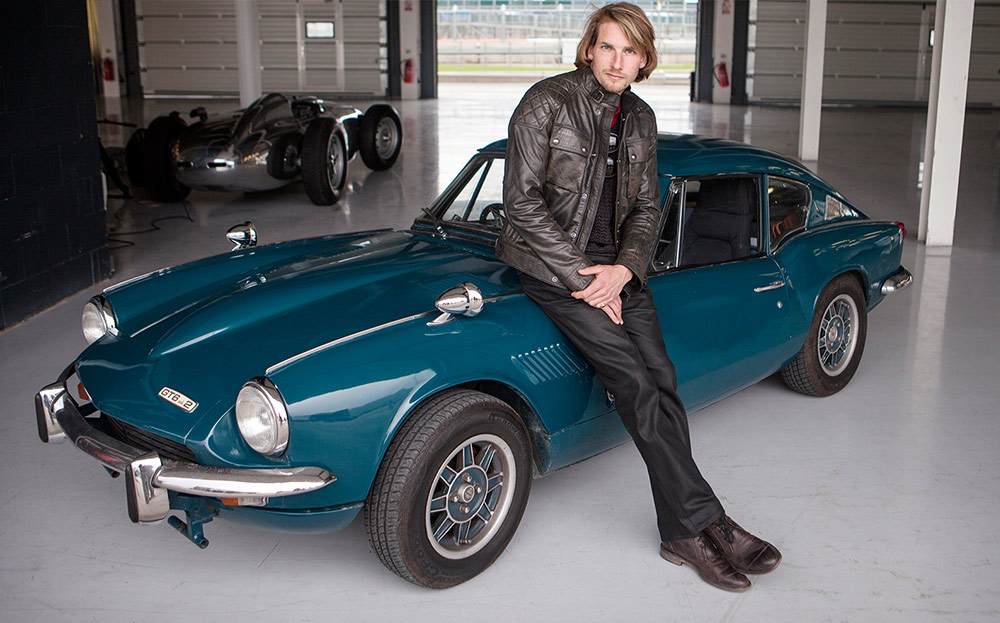 FREDDIE Hunt has always lived life in the fast lane — ever since he crashed his nanny’s Austin Metro into a skip. “The keys were in the ignition and I must have thought I could drive like my dad.” He was just six at the time but already seemed destined to follow his father, James Hunt, into motor racing.

“I only had the opportunity to race because I was the son of a former world champion,” he says. “If it wasn’t for him, I’d probably have played polo or got into a lot of trouble. Dad lived life to the full and that rubbed off on me.”

Hunt was only five when his father died of a heart attack in 1993. “I have vague memories of being with him at Silverstone when he was a commentator alongside Murray Walker. Dad had calmed down later in life, but he was still wild,” he says.

“Like him, I partied pretty damn hard when I was younger too. Then I realised I wouldn’t survive if I carried on burning the candle at both ends. I didn’t want to get to 45 and go the same way as Dad. I really want to see 60.”

Hunt passed his driving test at the third attempt when he was 18. “I taught myself around our garden in Sussex. I was so desperate that Mum relented and let me have a go. It didn’t always go well — I rolled a Renault Clio on its roof when I was 14.”

Hunt left school at 16 to play polo and worked as a pub chef to make ends meet. His first motor was a Volkswagen Passat estate. “My foot was always flat to the floor — sliding around corners and bashing into things. It lasted three months before I wrecked the axle. Next I spent £600 on a Daewoo Matiz, and that survived longer than expected. I was so poor I could barely eat. Once I shot pigeon and rabbit because there was nothing in my fridge.”

“Dad and Niki [Lauda] were adversaries on the track, but got on better than people think off it.”

Hunt then decided to concentrate on his driving career and competed in Formula Ford. “I was given a Ford Fiesta ST as my daily drive. It had a brilliant chassis and the handling was incredible. We had a lot of fun together.”

To supplement his passion for racing, Hunt launched a pest control business. “I used to go into people’s houses and get rid of all kinds of infestation, from fleas to mice. It wasn’t very rock’n’roll and didn’t quite fit in with my love of animals. The business actually went very well, and I used the money to buy a Ford Focus RS — 345bhp and very fast.

“Unfortunately, a bit too fast, because I built up so many points for speeding that I lost my licence.”

When his licence was returned, Hunt bought a classic car, a Triumph GT6, because the insurance costs were lower.

Hunt says at 28 he is now too old to consider a career in Formula One. He currently races a Chevrolet in the Nascar Whelen Euro Series. Coincidentally, his teammate is Mathias Lauda — son of the three-time F1 champion Niki. “Dad and Niki were adversaries on the track, but got on better than people think off it.”

He will also compete in the Silverstone Classic meeting, on July 29-31. “It’s a very special event, because this is the 40th anniversary of Dad’s title-winning season,” Hunt says. “Dad’s McLaren M23 car will race on the track. That’s sure to be an emotional moment for me and British motor racing fans.”

Freddie Hunt: My life in cars