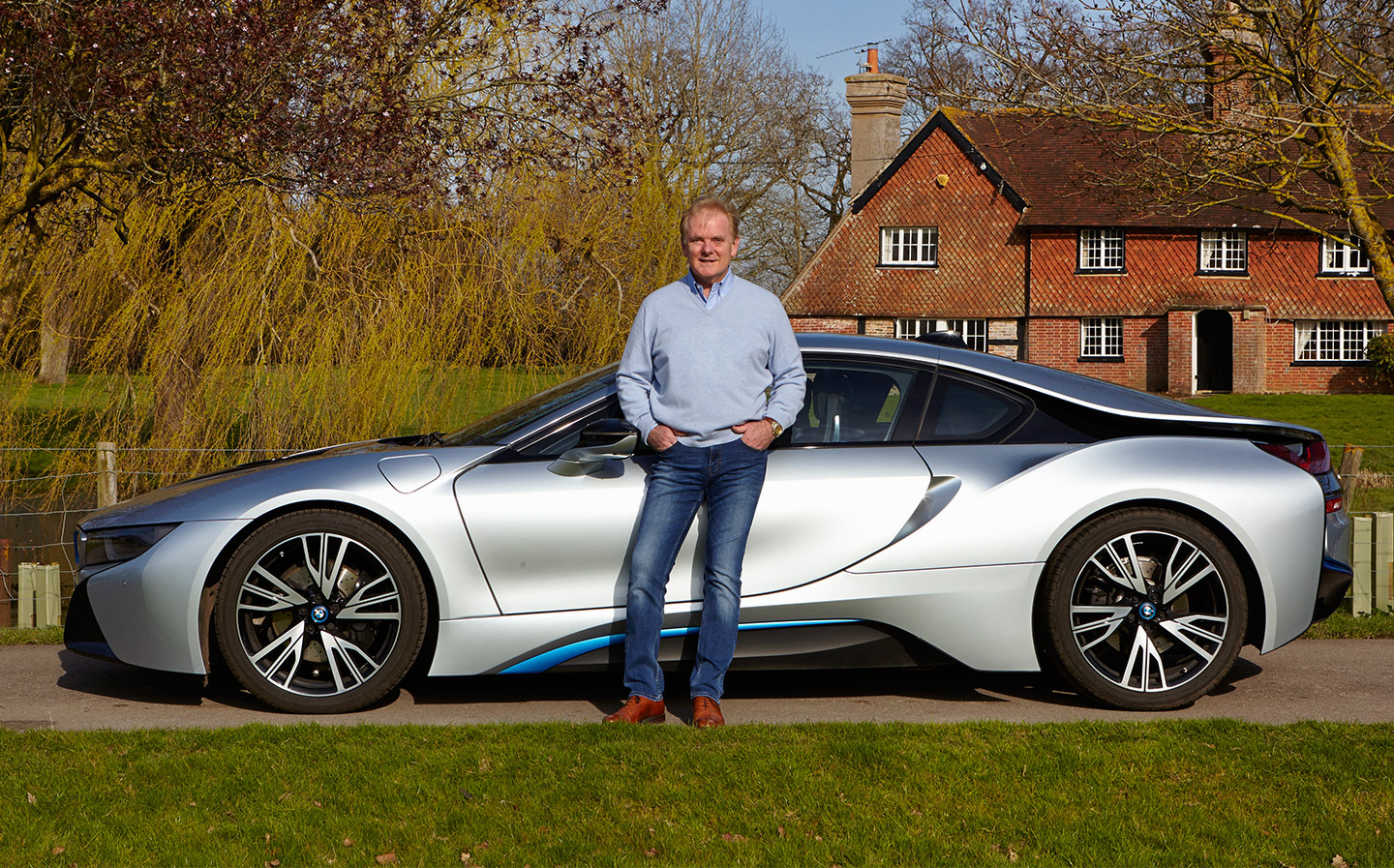 JONATHAN Palmer, the former Formula One driver, never quite made it onto a grand prix podium but he does now own some of Britain’s best-loved racing circuits. Among them is Brands Hatch in Kent, where he started his track career more than 40 years ago.

“I went there for a trial in 1973, driving a Ford Escort Mexico,” he says. “My instructor was the legendary [racing driver] Syd Fox, who didn’t waste many words on my efforts. He wrote on his report, ‘Too quick for first time but lots of potential — 91%.’”

Palmer, 61, had a brief career as a doctor before taking the British Formula Three title in 1981. He then won the European Formula Two championship and moved up to F1 with Williams, RAM and Zakspeed, before joining Tyrrell.

A career in sports-car racing followed with Porsche, including a second place at Le Mans. He retired from motor sport in 1991 and partnered Murray Walker in the BBC’s F1 commentary box before focusing on business.

His eldest son, Jolyon, 27, also a former F1 driver, commentates on the sport for Radio 5 Live, while his other son, Will, 21, competes in the Formula Renault Eurocup. “Racing has been my life,” Palmer says. “It’s great to see my boys behind the wheel.”

Palmer’s father was a Sussex GP and took his four-year-old with him on house calls. “Dad drove a Peugeot 403. I sat beside him and memorised car models. I finally persuaded him to buy something faster, and the cars to own in those days were Fords. He started with a Cortina Mk 1 GT. Then I managed to get him into a Lotus Cortina Mk 2, followed by a 3-litre Capri. It was terribly exciting going at 70mph in second gear.”

“Dad would let me park his Capri at night. It often ended with a handbrake turn and a cloud of smoke”

Palmer learnt to drive at 14. “Dad would let me park his Capri at night, blasting 200 yards down the driveway to our garage. It often ended with a handbrake turn and a cloud of smoke. Then he bought me an old Morris Minor van to thrash around our field.”

Palmer was eager to get into racing but short of funds. At 17, he went to study medicine at Guy’s Hospital in London, and he went halves with a friend on a race-prepared Frogeye Sprite. “It cost £325. I sold everything I had to raise my share. It was a pile of rubbish but it got me started.”

His first road car was a £250, second-hand Ford Anglia, a 17th-birthday gift from his parents. Having driven old bangers while at medical school, he moved up a gear when he qualified in 1980. By then racing in Formula Ford, he bought a “sensible” Volkswagen Polo for the drive from his hospital job in Brighton to Snetterton racetrack in Norfolk.

A Golf GTI followed. Then he quit as a doctor to focus on racing, lining up for Williams at the 1983 European Grand Prix at Brands Hatch. “As an F1 driver I got a great deal with Mercedes on new cars, so I bought an SL 500.”

In 1996 Palmer was involved in a head-on road accident in Portugal that killed the Norwegian former rally driver Rein Slattum. He admitted inadvertently driving on the wrong side of the road.

After recovering from his injuries, he began to develop his business plans, opening his first racing circuit at Bedford aerodrome in 1999. Five years later his firm, MotorSport Vision, took over Brands Hatch, Snetterton, Cadwell Park and Oulton Park.

“When we bought Brands Hatch in 2004, I went up to the director’s box and looked down on the track. I remembered when I drove there in my Ford Anglia as a 17-year-old. It’s where I got my 91% in the racing test — and my first-ever grand prix start. It’s been a journey.”

Jonathan Palmer: My life in cars