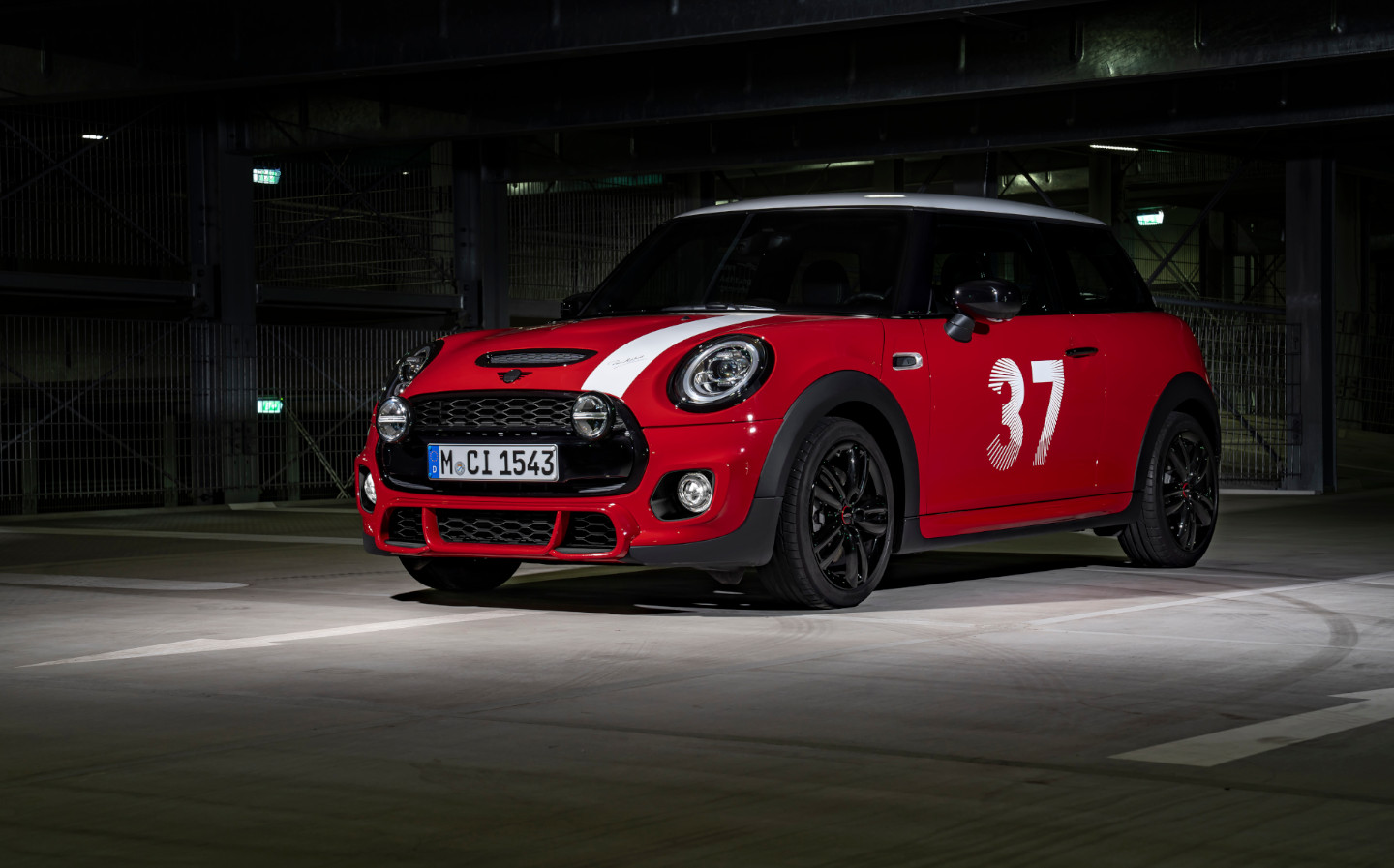 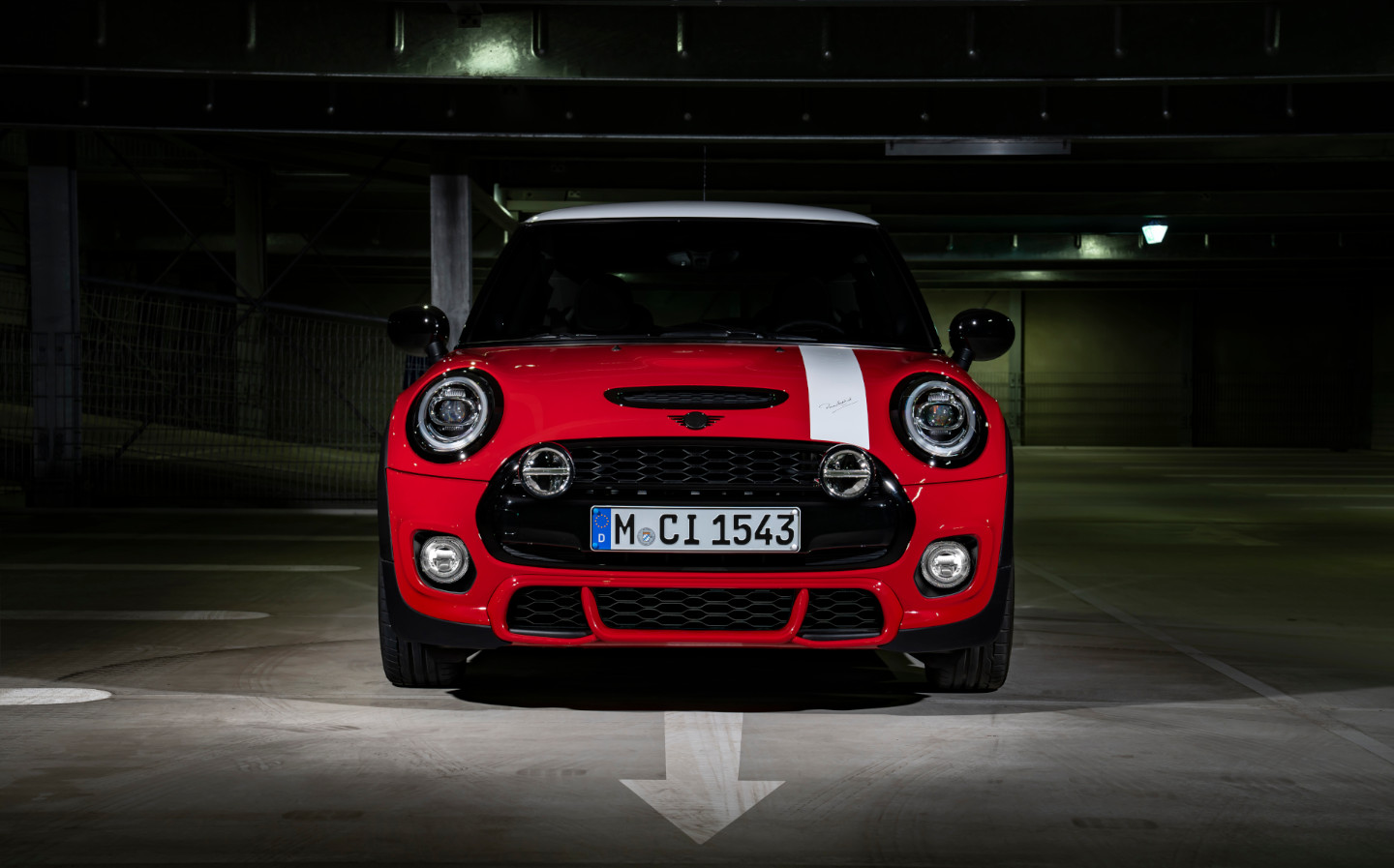 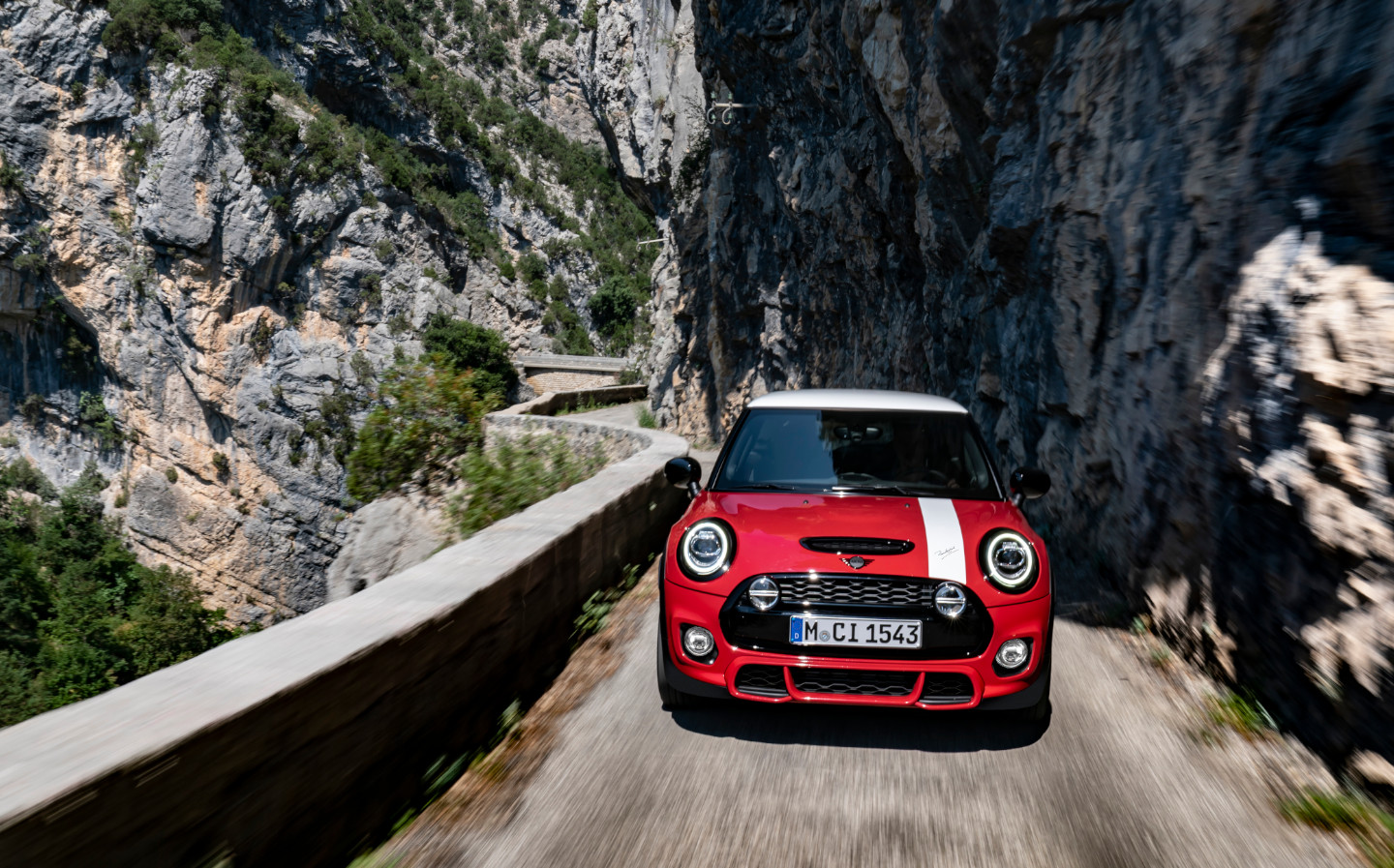 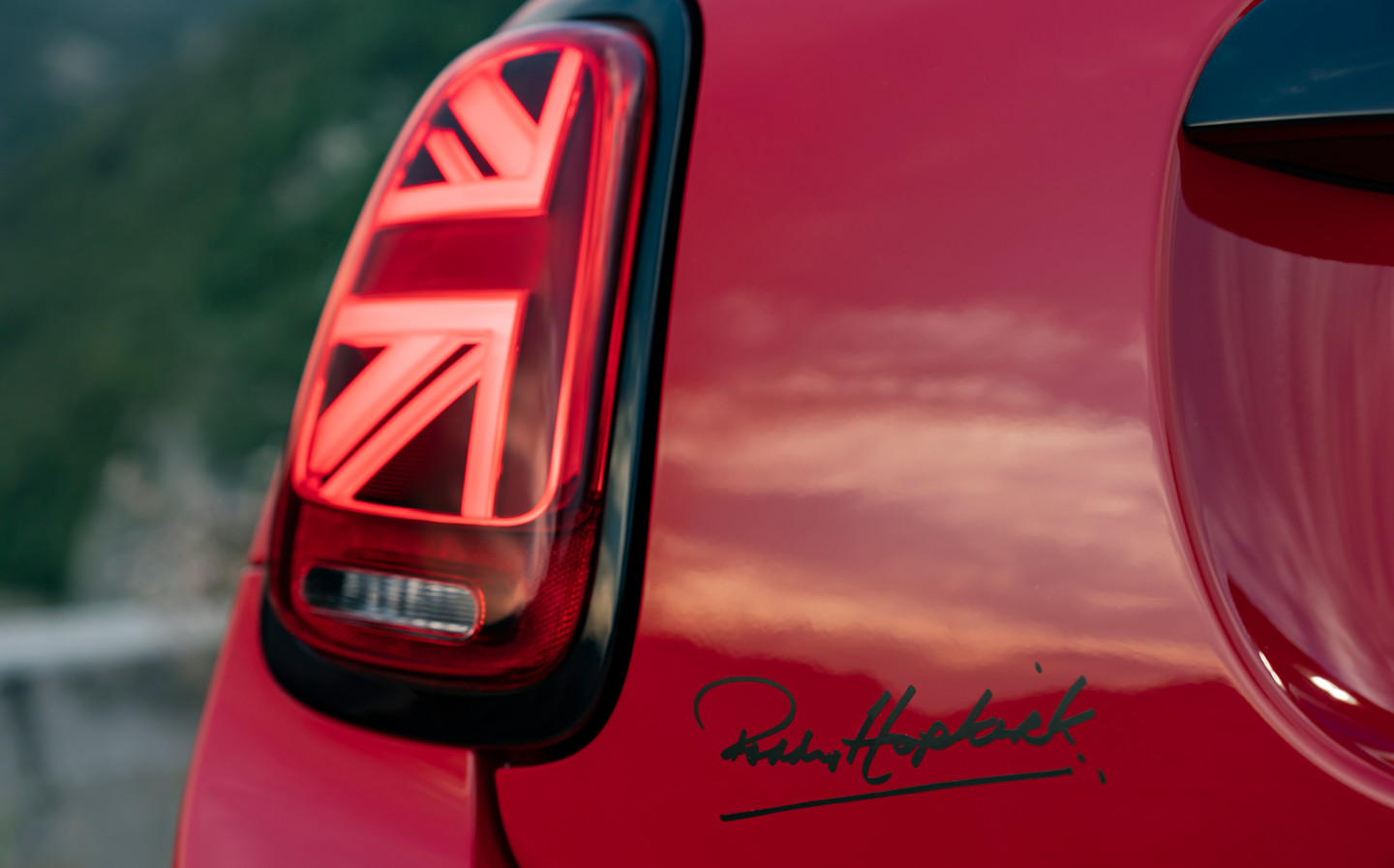 MINI has released a special edition of its 3-Door Hatch Cooper S, paying tribute to its win at the Monte Carlo Rally in 1964 at the hands of legend Paddy Hopkirk.

Adorned with the number 37 and named after the Northern Irish driver, the new car takes inspiration from the historic model that won against opposition with significantly more power. It began a few years of glory for the pint-sized car at the Monte, with further victories coming from Timo Mäkinen and Rauno Aaltonen in 1965 and ‘67 respectively.

Painted in a “Chilli Red” similar to that of the number 37 in 1964, and accentuated with dark colours including high gloss black on the radiator grille and lower air intakes, the limited edition hatchback certainly looks the part. Further black accents are found on the bonnet opening, door handles, tailgate handle and both Mini logos, as well as the surrounds for the headlights and rear lights, replacing some of the Mini’s characteristic cuteness with athletic menace.

Tributes to Hopkirk himself, pictured with the edition below, come in the form of stickers with the inscription “Paddy Hopkirk Monte Carlo” and a white bonnet stripe on the driver’s side bearing the rally driver’s signature. Three-dimensional effect graphics have also been used so that 33 EJB, the rally-winning car’s number plate, shows on the bonnet strip. 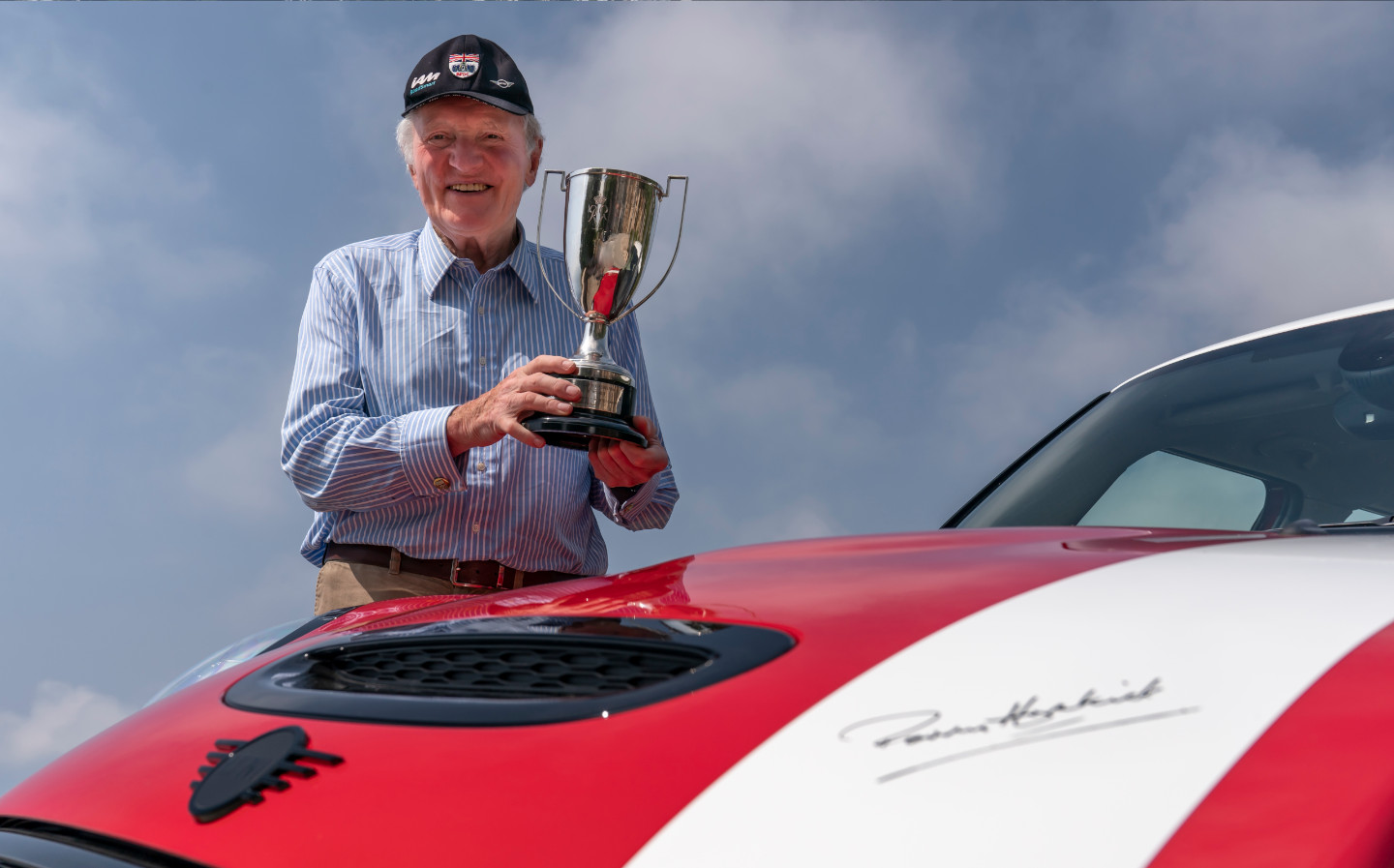 On the inside, there’s an Alcantara John Cooper Works steering wheel that you don’t get in the standard Cooper S, piano black finishes and even more features bearing Hopkirk’s name. The Mini Navigation Pack and Comfort Pack are also included. Underneath the 3D graphics and signatures, the car is still a Mini Cooper S 3-Door hatch, meaning that it comes with a 2.0-litre, four-cylinder petrol engine that can muster 189bhp.

The event that made the car, and its driver, famous in the world of motor sport has been called “one of the most spectacular victories in the history of international motor sport”, due to the underdog victory of the Mini, Hopkirk and his co-driver Henry Liddon. The Mini was praised for its consistent performance and ability to float over snow and ice, on mountain roads and on steep gradients.

Speaking to Sports Car Digest last year, Hopkirk said: “Although the Mini was only a little family saloon, technically it had a lot of advantages. Its front-wheel drive and front-mounted transverse engine were a great advantage, and the fact the car was smaller and the roads were ploughed, they were quite narrow, so I suppose that was an advantage. We were very lucky – the car was right, everything happened at the right time and came together at the right moment.”

Jeremy Clarkson has been left with an electric Mini during lockdown