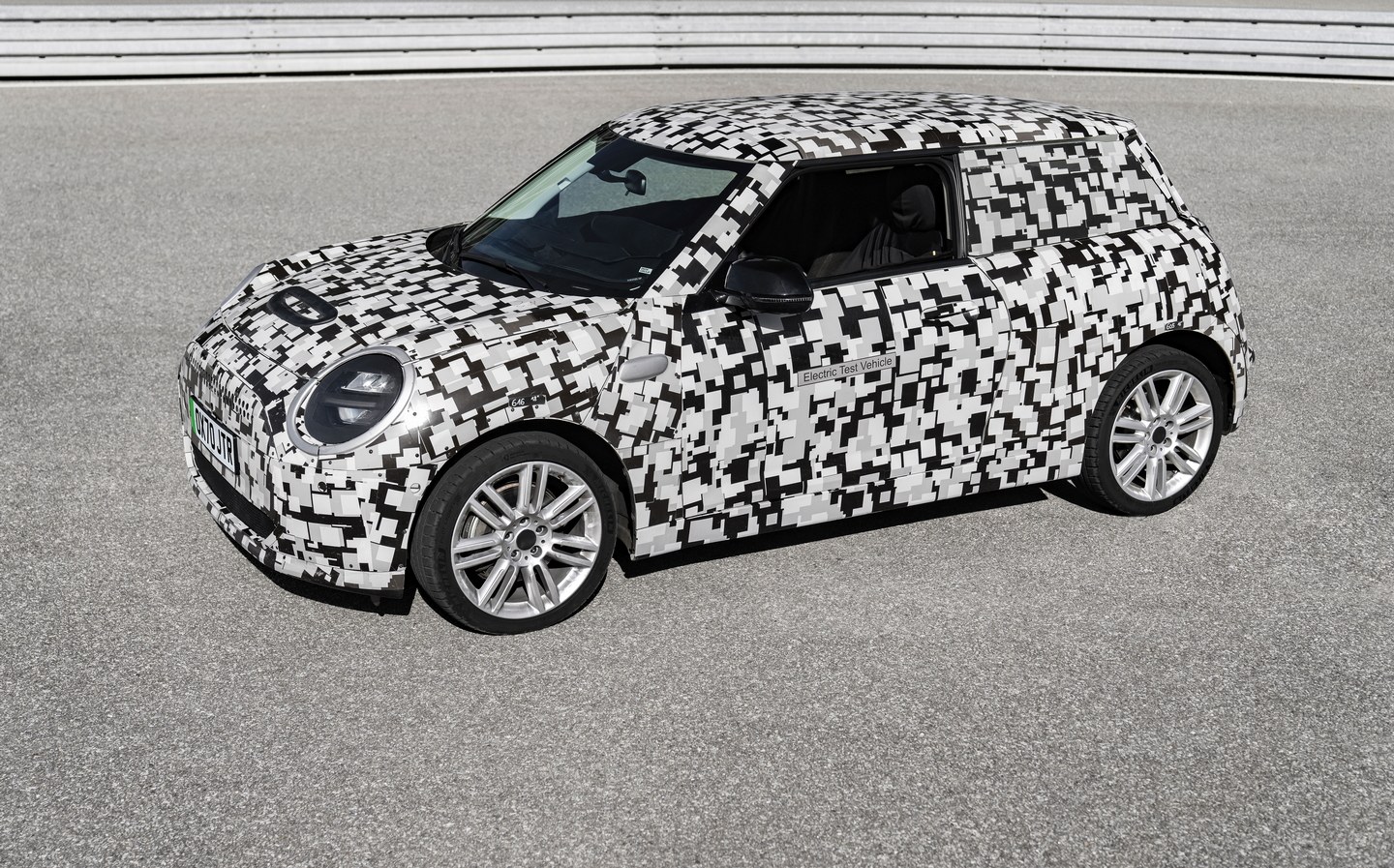 MINI HAS outlined its medium-term brand strategy with electrification and new crossover models both high on the agenda, while releasing images showing a camouflaged next-generation Mini Hatch.

In an announcement tonight (November 2), the company said that by 2027 at least half of its models will be electric, and in 2023 it will launch a small electric crossover as well as the next generation of its Countryman model, which will be available with petrol, diesel and — for the first time — pure-electric power.

The news confirms what Mini’s head, Bernd Körber told Driving.co.uk in 2020, that a new compact SUV around the size of the Peugeot e-2008 and Hyundai Kona Electric would be launched to fill the gap between the next, smaller generation of Mini Hatch and a new, bigger Mini Countryman. At that time Körber said Mini would end sales of plug-in hybrids to concentrate on petrol, diesel and pure-electric power up to 2030.

Tonight’s announcement stated that the next generation Countryman is to receive a choice of internal combustion or pure-electric power, the latter sharing its powertrain with an electric version of the BMW X1. Körber confirmed that the Countryman is also set to increase in size, making it a rival for cars including the Volkswagen Tiguan and Audi Q3.

The company will launch its final new pure-petrol model in 2025 and the whole Mini model range will be electrified (which can include hybrid as well as pure-electric powertrains) “by the early 2030s”.

Mini said that it isn’t neglecting the performance side of its brand as it goes electric: John Cooper Works models with electrified powertrains are also in development.

Another major aspect of Mini’s future strategy involves its factories. The company’s Oxford plant will remain “the heart of Mini production” but the company says that with 10% of its current output sold in China and a desire to expand in the world’s largest car market, it makes sense to begin producing cars there. Hence, Mini has partnered with a Chinese car maker to build a new manufacturing plant in the east of country in order to supply locally produced cars to the Chinese market. 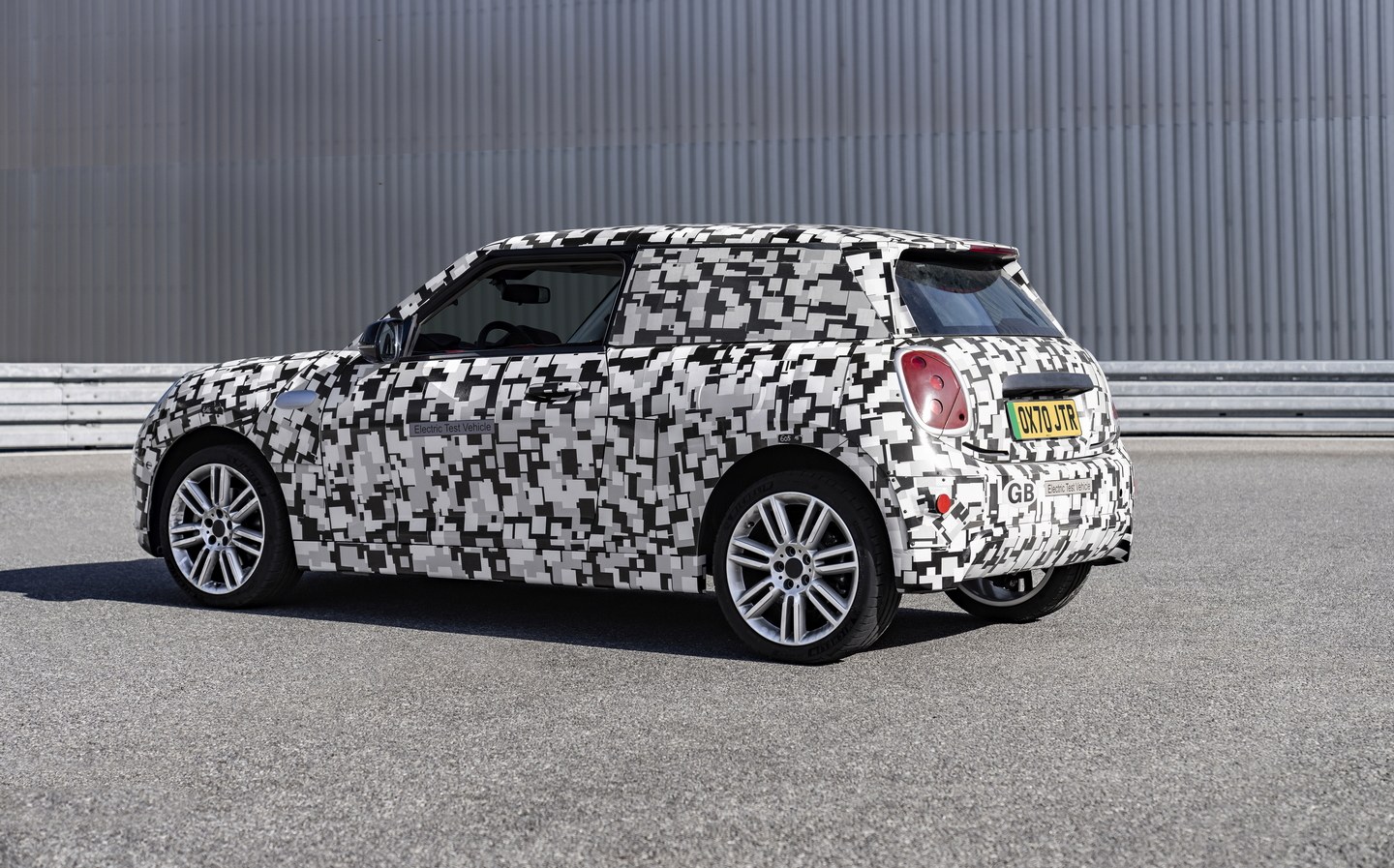 The plant in Oxford forms a key part of Mini’s aim to reduce the carbon intensity of its production processes. The BMW Group has said that by 2030 it plans to cut CO2 emissions by at least 40% per vehicle compared with 2019. Supplying its factories with green energy is one aspect of that, with the Oxford factory already using 100% renewable energy — much of it from the 11,500 solar panels on the roof delivering around three megawatts of electricity.

The “circular” use of secondary and recycled materials in the production process is another way by which Mini plans to shrink its carbon footprint. At present, the company is aiming to increase the quantity of secondary aluminium it uses and, like Volvo and others, plans to use natural fibres and material made from recycled plastic bottles in place of interior leather.

Carpets and mats, it says, can be made from recycled fishing nets. The recently-revealed minimalist Mini Strip concept by Paul Smith made extensive use of recycled cork as an interior material, so Mini’s use of that in the future is perhaps a possibility.

According to the car maker, 90% of the materials in its electric vehicle battery packs are already recyclable and, after their automotive use, can be used as stationary power storage units for electricity from renewable sources such as solar and wind.