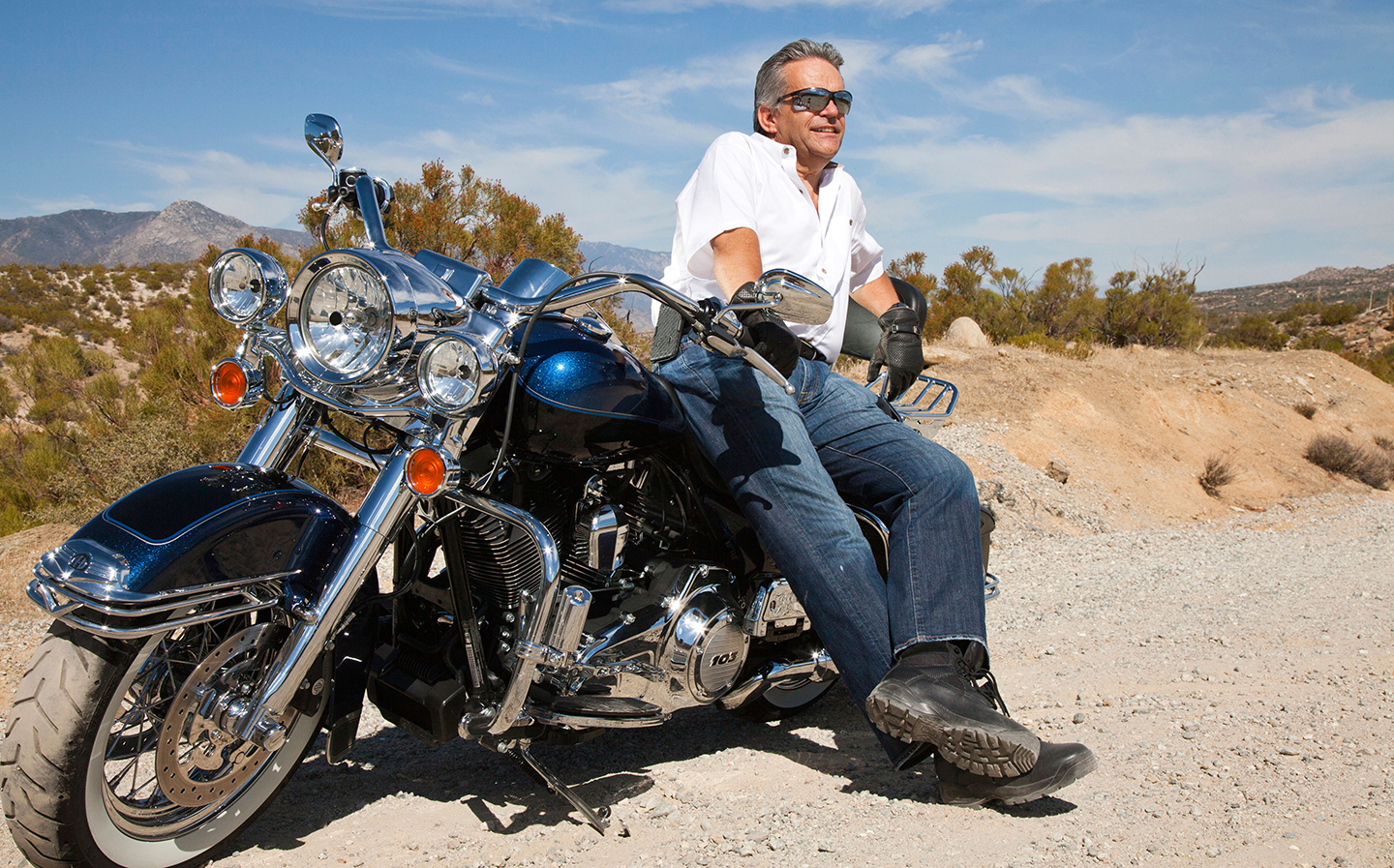 THEY ARE the born-again bikers who like to recapture their youth by taking to two wheels, but new accident figures show riding a motorcycle can cost men dear, as they face a greater risk of crashing than ever before.

Hospital admissions for middle-aged motorcyclists have shot up by 65% from levels of 13 years ago.

According to figures published by NHS Digital, 2,183 incidents of motorcyclists aged 50 or over were recorded by the Health Service between 2015 and 2016 (up from the 1,320 cases filed in the same timeframe during 2005 and 2006). Of that total, 1,258 incidents involved men aged between 50 and 59. In comparison, the same age group for women bike riders was almost 10 times lower at just 125 admissions.

Men in general are also more likely to be involved in a motorcycle crash, with the 9,324 male admissions making up 92% of the 10,115 times NHS workers treated motorcycle-incident-related injuries in 2015/2016. That disparity is partly explained by the fact women currently represent a minority of the UK’s motorbike-riding population.

Despite the sharp increase in middle-aged motorbike rider accidents, young men still make up the bulk of cases, with 20-29 year olds in particular accounting for nearly a third of all applicable hospital admissions during 2015/2016. Additional statistics from the road safety charity IAM RoadSmart indicates this age demographic makes up roughly 10% of all UK motorbike owners — highlighting how a lack of experience increases the risk of an accident.

There is some positive to be gleaned from the statistics, though. In general, motorcycle injury hospital admissions actually decreased during the assessed time period, with the 10,115 reported incidents during 2015/2016 being marginally lower than the 10,773 cases from 2005/2006.

Commenting on the findings, Daniel Redfern, a trauma consultant for Lancashire Teaching Hospitals NHS Trust, said: “When you’re on call and you meet someone for the first time who has been badly injured in a motorbike accident, you know you are going to be seeing them for months, maybe even years. Those first conversations are very difficult to have.

“They believe they will be restored to how they were and back on their bikes within a very short period of time. You know that’s not possible. You are also aware that they are likely to endure long-term, possibly permanent pain and disability, poorer career prospects, even an effect on their ability to enjoy a family life.”

He added: “If a car driver and motorcyclist both have a collision at 30mph, it is unlikely the motorcyclist will walk away from the accident. I urge drivers to be aware of motorcyclists when they are out on the roads and implore motorcyclists not to take unnecessary risks.”