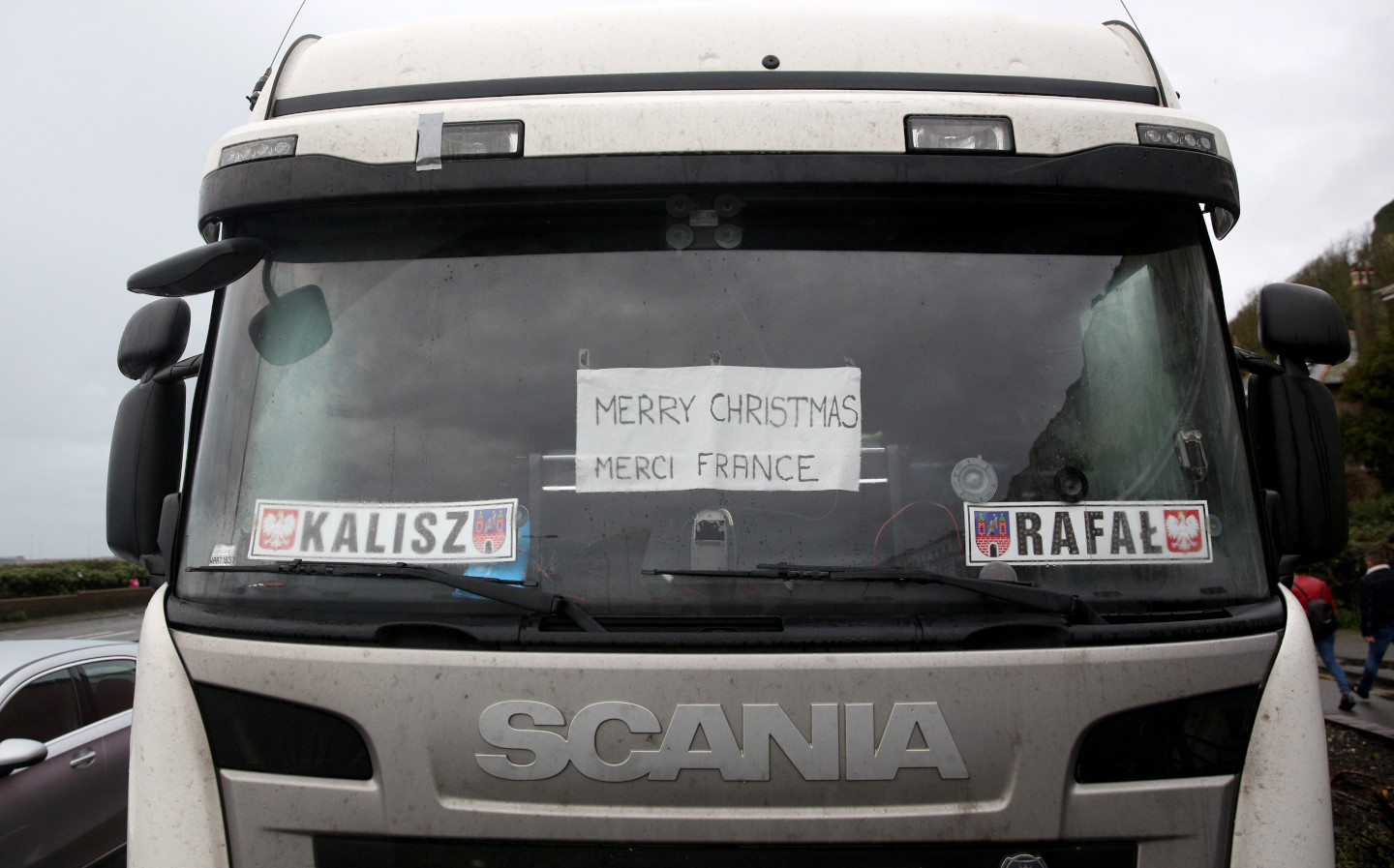 THE CHIEF Executive of the Road Haulage Association (RHA) has praised the Secretary of State for Transport Grant Shapps after a deal was struck with the French government that allows lorry drivers a into the country as long as they have tested negative for coronavirus.

Richard Burnett, chief executive of the RHA, commented: “Hats off to to the Secretary of State for Transport for making this happen sooner than originally anticipated.”

However, Burnett warned that the truckers stuck in Kent are “not out of the woods yet”, with the backlog so severe that it is not expected to fully clear until after Christmas. The military has been drafted in to test the estimated 3,000 haulage drivers, who will be given “lateral flow” virus tests that return results within 20 minutes.

Those who test positive will then be given more reliable Polymerase chain reaction (PCR) tests to confirm the result. Anyone who returns a positive PCR test will be offered “covid-secure” hotel accommodation, according to Housing Secretary Robert Jenrick.

Lorry backlog could take two or three days to clear

Shapps said that the delay would not be caused by a shortage of tests, but rather the process of testing all drivers and obtaining the results of those tests.

He commented: “We have managed to get all those tests to Kent, enough for all the vehicles which will want to return before Christmas, so that won’t be an issue. Obviously there’s a physical issue of providing the test, getting the results. A negative test allows you to leave.”

But he added that requires “operationalising”, which takes time. “This will take two or three days for things to be cleared,” he admitted, which means a bleak Christmas Day for some hauliers.

The government is also urging freight operators not to send further vehicles to the border so that the testing system can be established.

Why did France close its border with the UK?

The first lorries began to enter France from the UK this morning, after France closed its border on Sunday night. It did so following the discovery of a new strain of the coronavirus in South East England that is thought to be no more deadly but 70% more transmissible than the previous variant.

France was one of more than 40 countries to ban UK arrivals. Freight drivers approaching the border have been directed towards Manston airfield.

The tension between those stuck at the border and officials came to a head this morning as reports emerged that lorry drivers were becoming embroiled in scuffles with police at the Kent port.

The new rules will allow “essential” travel for select groups of people — including haulage drivers, French citizens and Britons with French citizenship — who have returned a negative PCR test. It takes approximately 72 hours to get a result from a PCR test.

The current deal with the French government lasts until January 6 but will be reviewed on December 31.