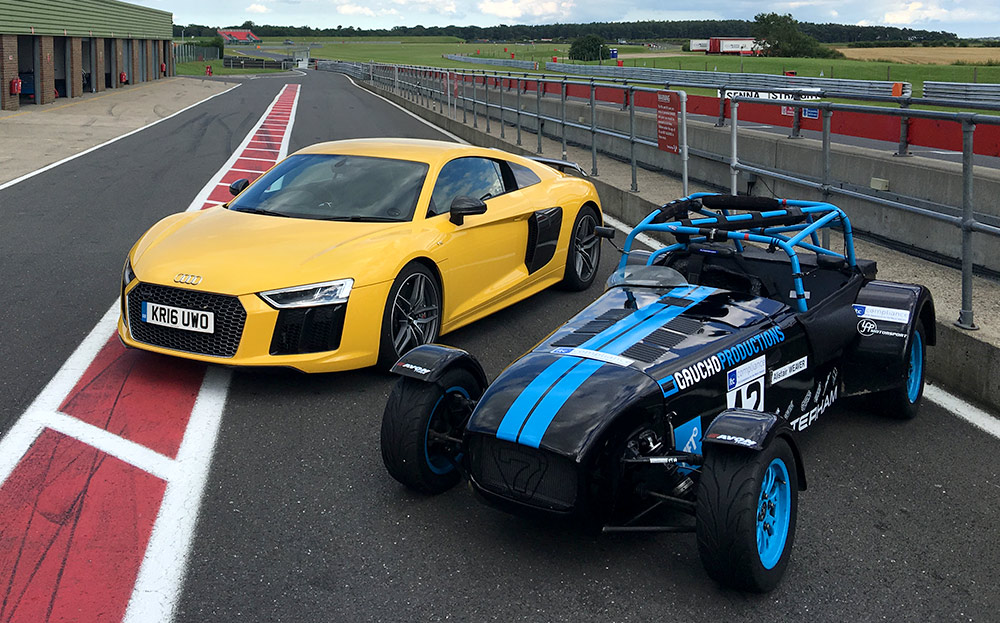 IT’S TERRIFYING to admit that I’ve been road-testing cars for nearly 20 years. I started at university and joined Autocar as a waif-like 21-year-old in 1998.

Since then I’ve driven thousands of cars, and I have to admit that sometimes I’ve got it wrong. I thought the updated Vauxhall Vectra I drove back from Denmark was OK (it was crap), and I told my boss that the Citroën Xsara VTS was a decent hot hatch (he just shook his head).

Last year I said that Audi had bottled it with the second-generation R8, and again I was wrong — it’s one of the best cars I’ve driven in a long time. Without a supercar badge to fall back on, Audi’s engineers set about fashioning a great car that works on multiple levels.

View the Audi R8s for sale on driving.co.uk

Let’s start with the noise. It’s a subjective thing but for me, the Audi has a shrieking, guttural appeal that few cars, certainly no McLaren, can come close to matching. It’s loud — obnoxiously so, according to some non-owners — but the noise is a big part of the R8’s visceral appeal. The R8 feels special at 30mph in a way the McLaren 650S I drove to the Caterham Supersport race in Anglesey does not. Given the emissions-led trend towards turbocharging, one suspects this will be the final throw of the dice for this Audi engine. Enjoy it while you can.

I have been using a different supercar to get to each race in the Caterham series, and the R8 was to take me from London to the Snetterton circuit in Norfolk. I could have gone via the M11/A11, but that’s just dull. If you take the A120 east and then the A131 towards Sudbury, you stumble on some great driving roads. Here the R8 felt super in a way Audi’s TT sports car never can.

“True to Audi’s values, it’s far from intimidating to drive, but that doesn’t mean it isn’t fun … and it is brutally fast”

The old R8 was a fine car, but the newcomer is appreciably better – in the way it steers, turns and dispatches British blacktop.

The ride is uncannily good even in the more aggressive of the driving modes, but this is never at the expense of body control. The steering has an impressive breadth of response without feeling fidgety. True to Audi’s values, the R8 is far from intimidating to drive, but that doesn’t mean it isn’t fun, whatever your level of experience.

And it is brutally fast, which is handy in Suffolk, the county that’s apparently home to the worst drivers in the country. Everyone subscribes to the 40mph club — on the open road, through villages, past schools, on the dual carriageway, everywhere.

In such an environment, 601bhp is most welcome. Forget the official 0-60mph time (3.2 seconds, for the record); it’s the mid-range wallop that really impresses. Third and fourth gear are just mighty, and the quattro four-wheel-drive system does an astonishingly good job of deploying the thrust. The flappy-paddle gearchange is great too – you’ll change down just for the aural pleasure.

The rest of the car is classic Audi, by which I mean exquisite taste, beautifully executed. The interior is a haven of minimalism, with everything focused on the digital dashboard. The visibility’s good, and for a mid-engined supercar, it’s reasonably practical. The front boot is supplemented by a shelf behind the seats that gets more useful the shorter you are.

“It looks too much like the old version. Audi should leave gentle evolution to Porsche and grow some cojones”

What’s not to like? Not much, to be honest. It’s only my opinion, but I still reckon it looks too much like the old version. Audi should leave gentle evolution to Porsche and grow some cojones. It’d be nice to see a manual option too, and it’s a shame that by dropping the V8 version Audi has taken the R8 out of reach of many potential customers.

My series of supercar drives has inevitably led to lots of banter in the racing paddock. Many of my competitors have serious toys in their garages, and it was fascinating to watch their reaction to the R8. It didn’t get the same attention as the McLaren 650S, but it gained plenty of respect, and everyone loved the noise.

For my money it shows great self-confidence to choose an Audi supercar rather than feel the need to boost one’s ego with an exotic badge. The Yorkshireman in me likes the fact that at £132,715 it’s nearly £90,000 cheaper than the McLaren. So forget the same-again styling and revel in what is genuinely a superb car.

Snetterton is probably my least favourite circuit. It’s flat and fiddly, and in Caterhams the racing tends to be quite processional. I was disappointed to qualify 14th out of 35 cars, but I was only a second off pole around a 2.99-mile lap, such is the competitiveness of the Supersport grid.

In an eventful first race I was hit from behind and punted off the circuit, but I was able to battle back to 13th. Race 2 was less dramatic, and a 9th-place finish bagged me some points.

The next round is at Oulton Park in Cheshire on August 13. Fast, flowing and a bit dangerous, it’s my kind of circuit.