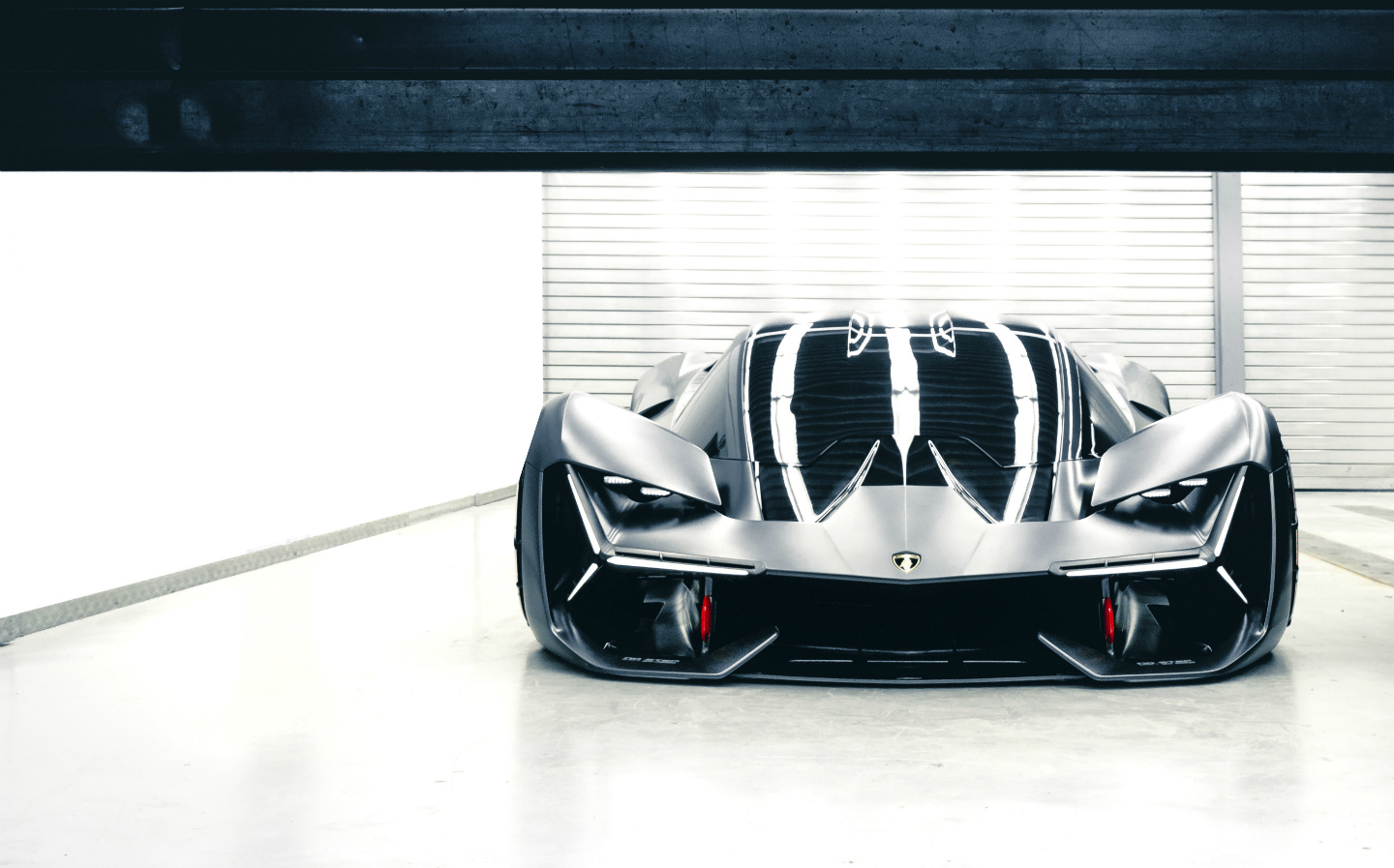 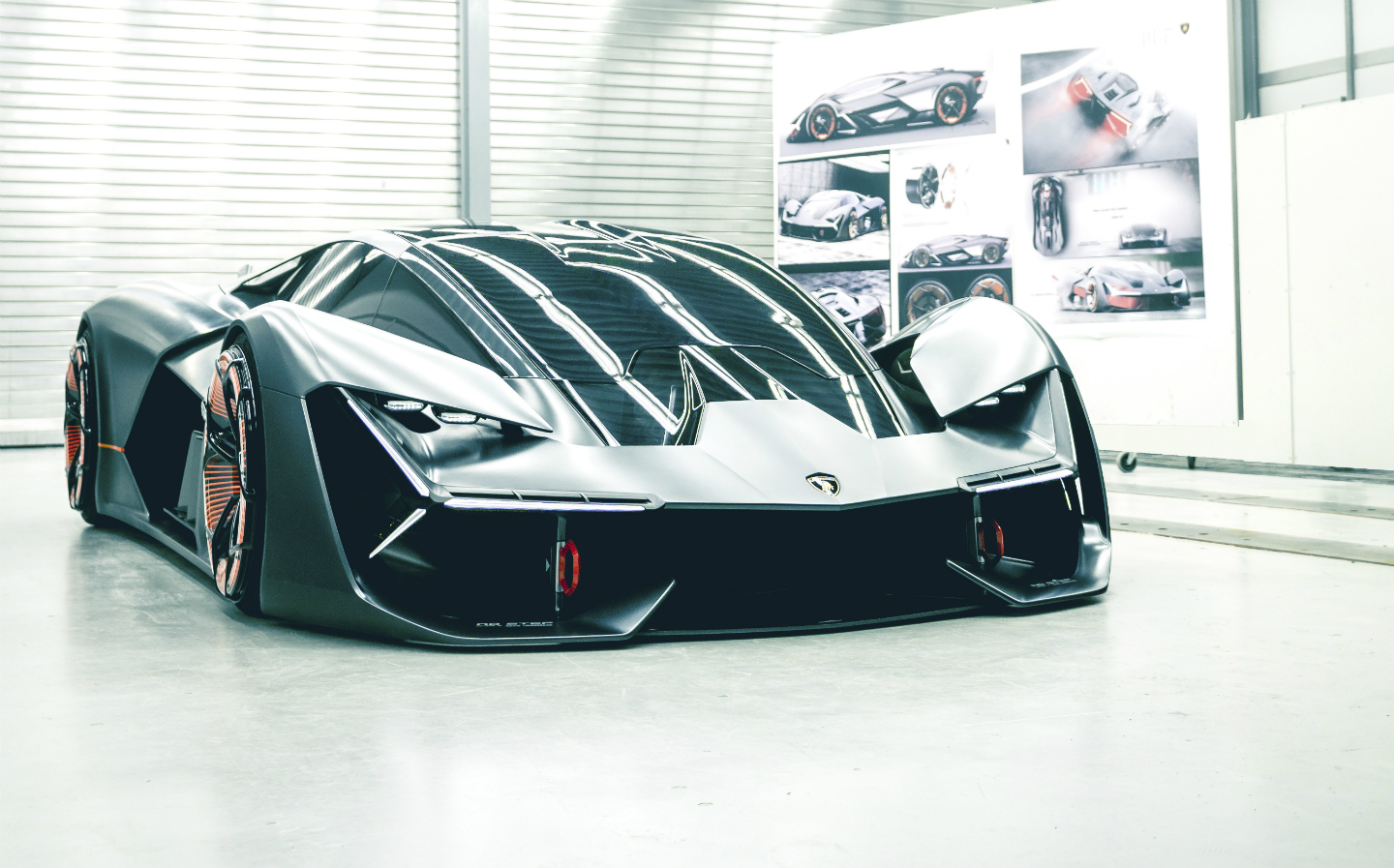 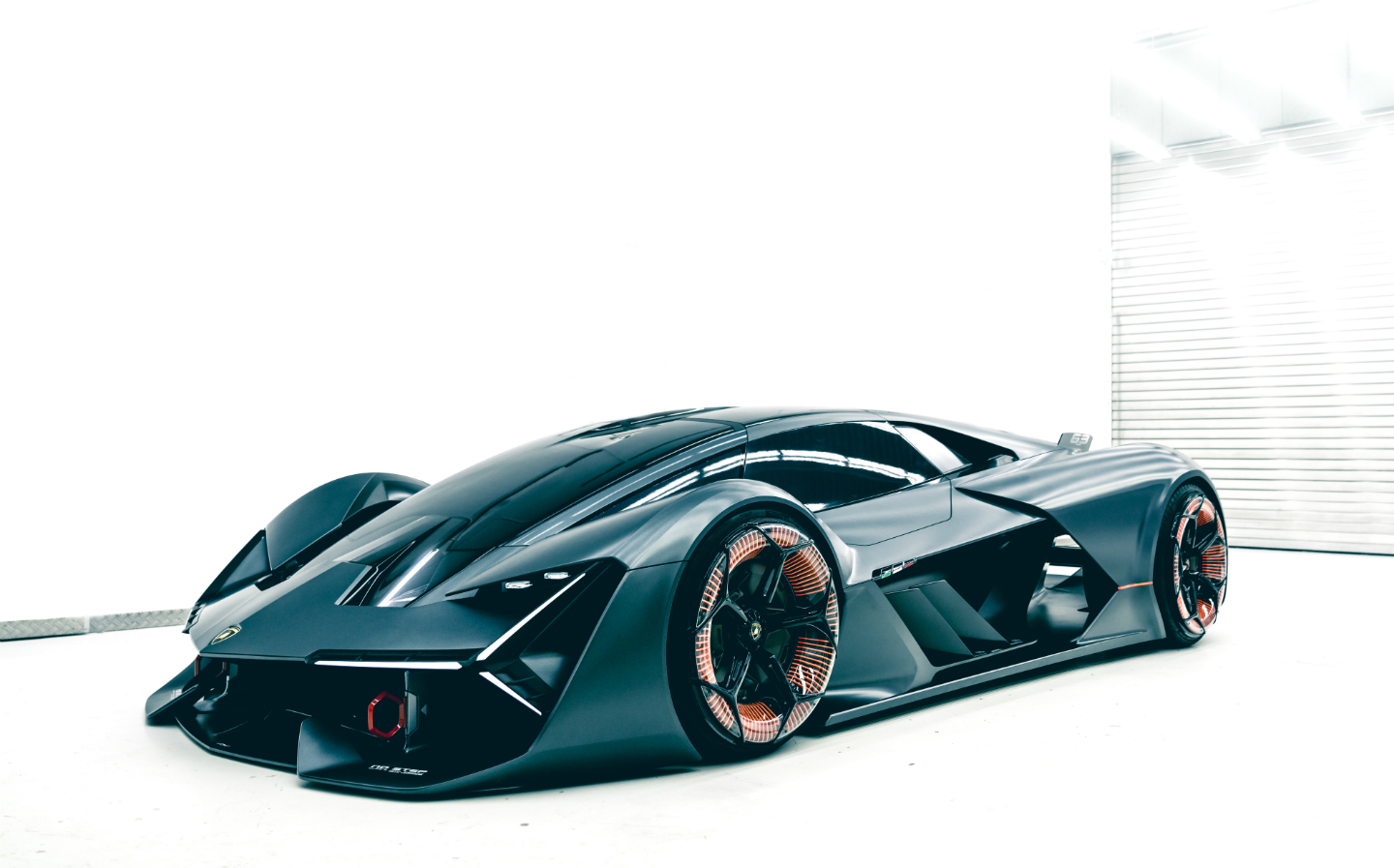 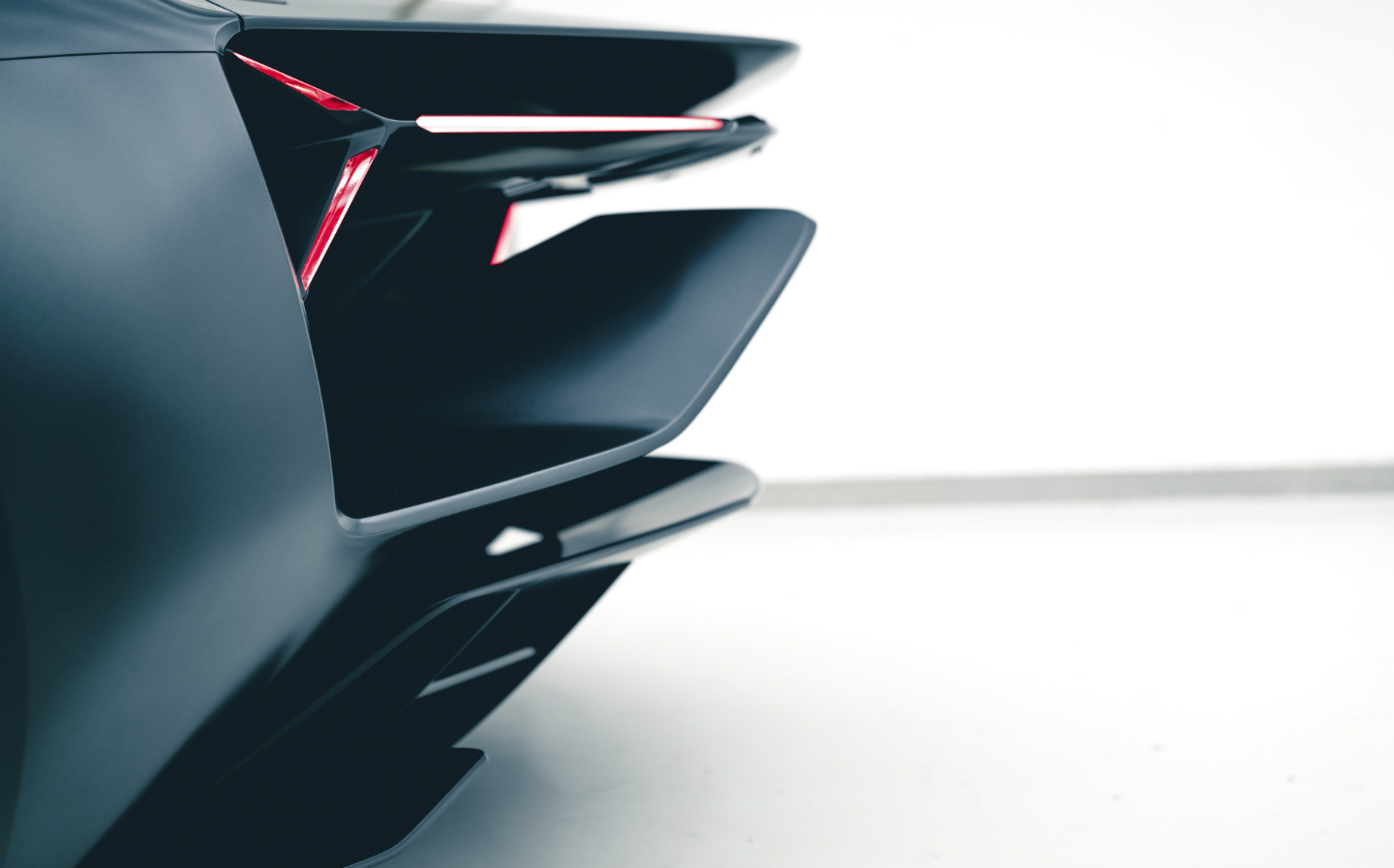 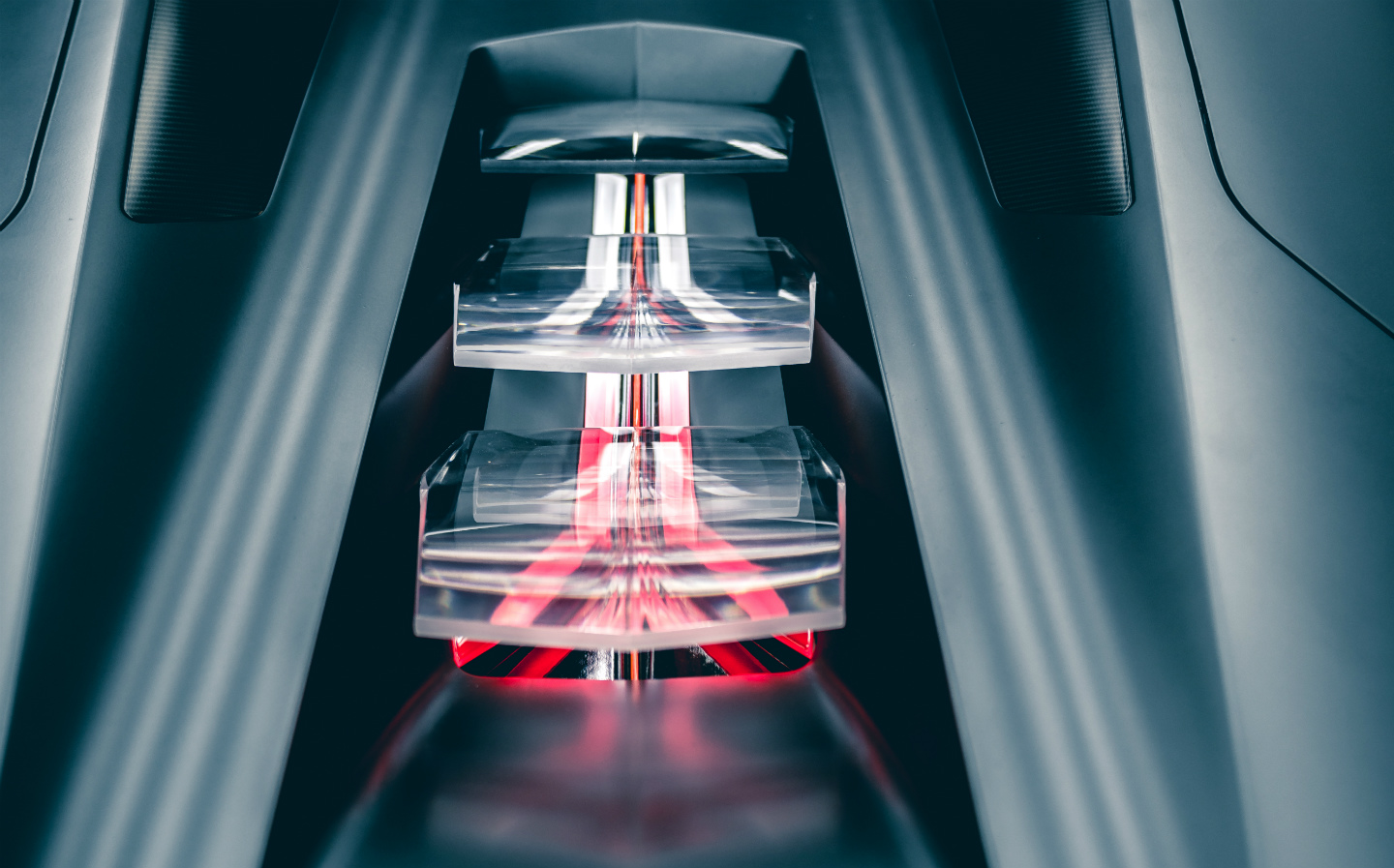 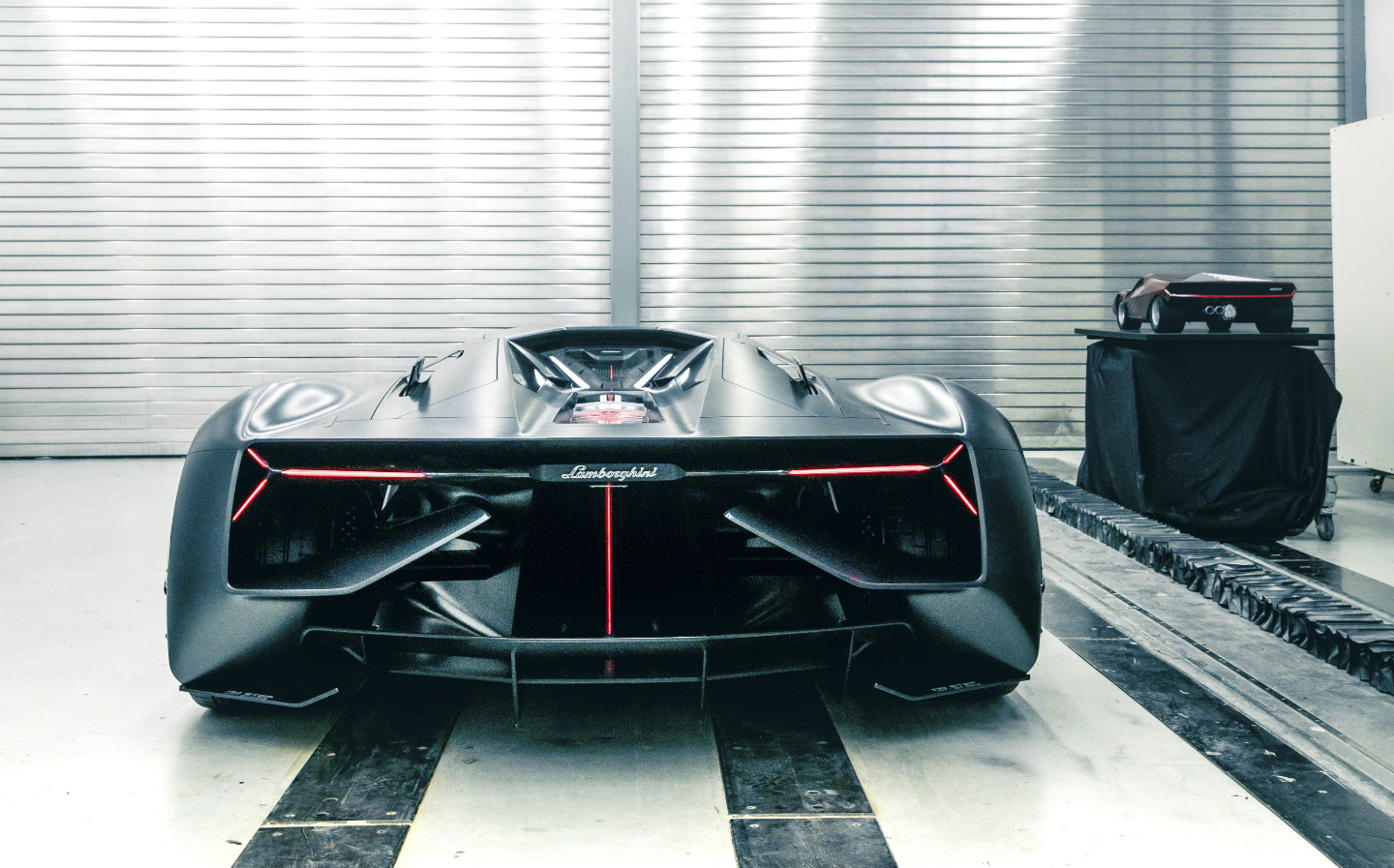 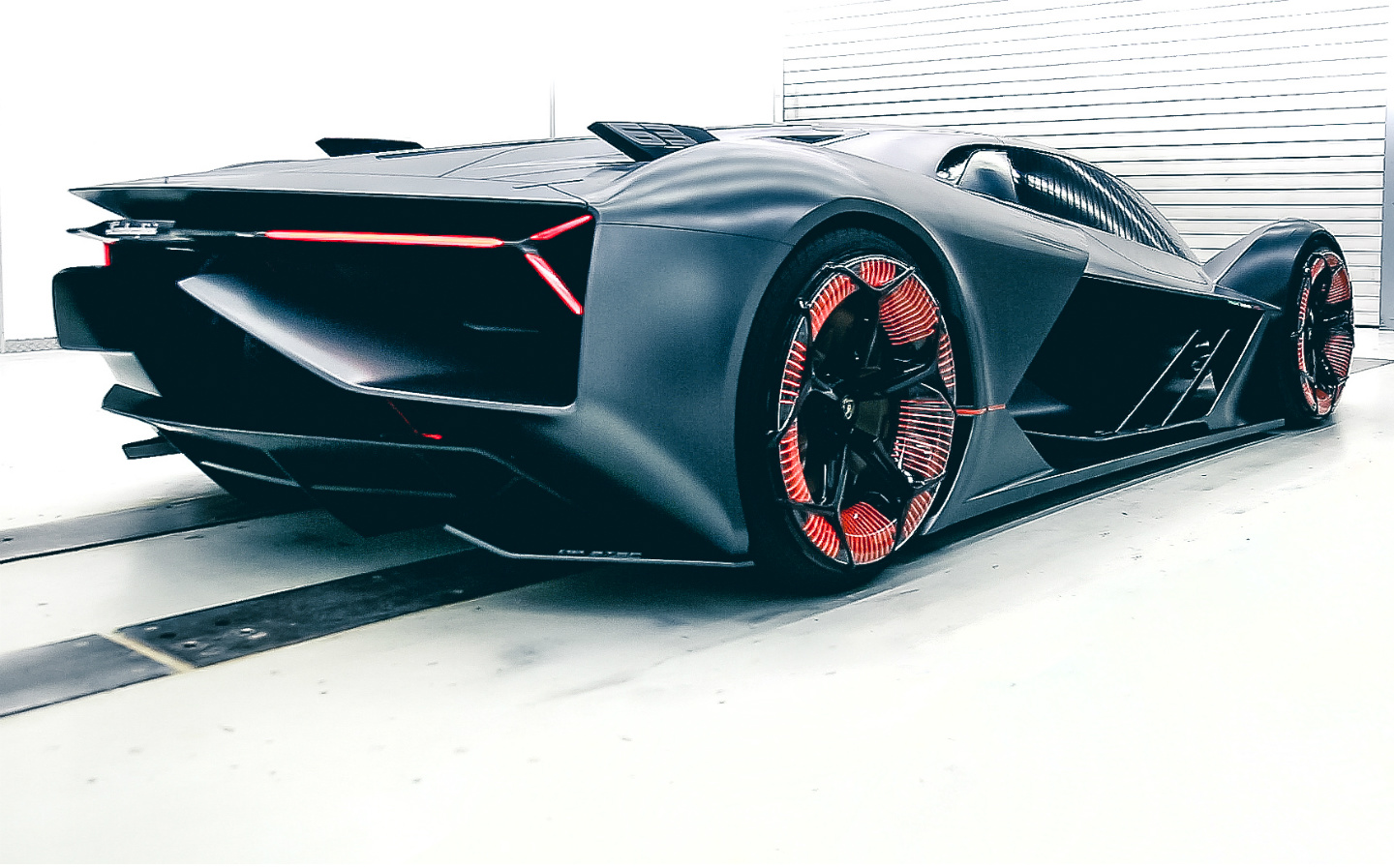 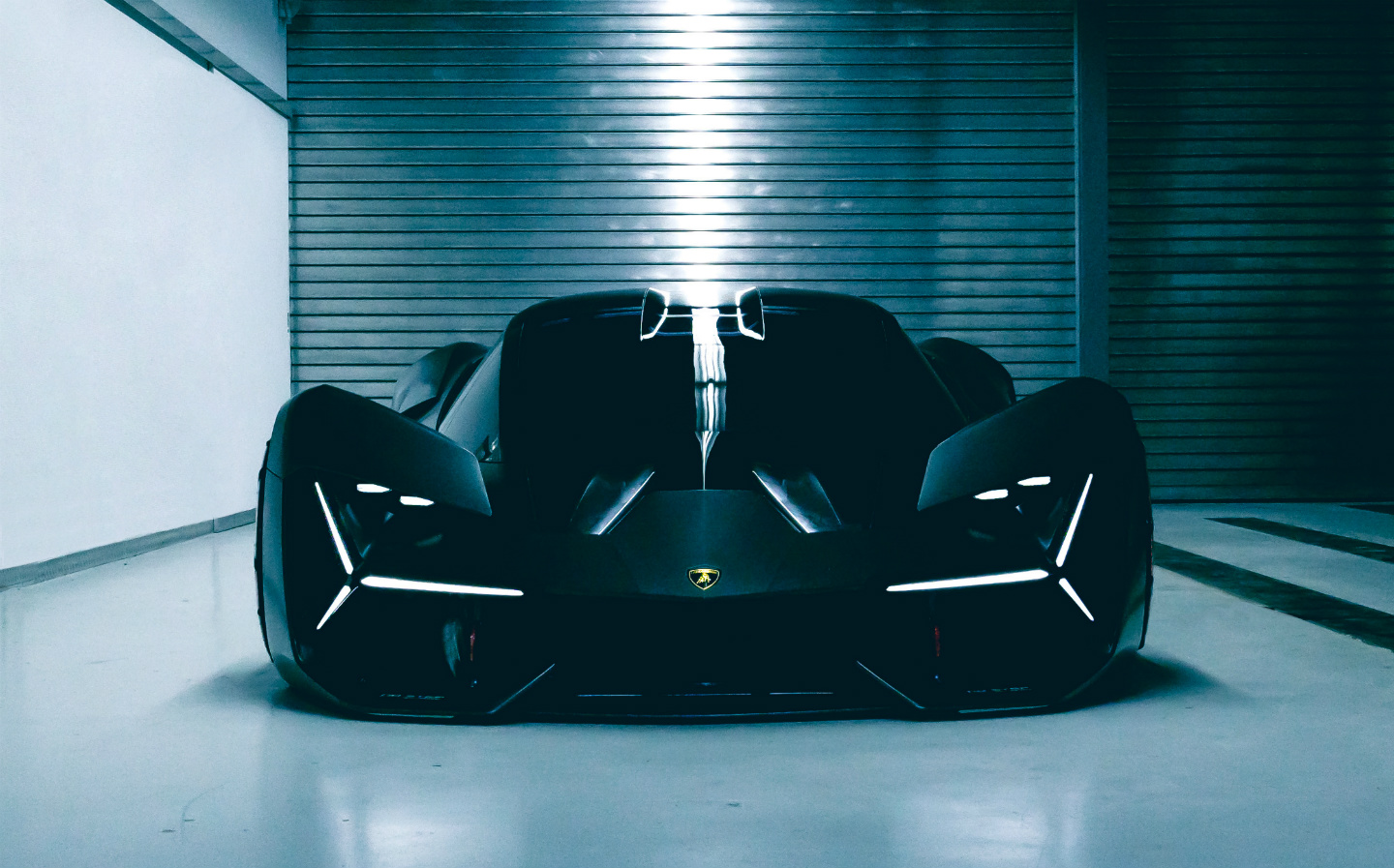 THE SOUND of a V12 engine enjoying the open roads around the Tuscan countryside was all it took to bring a smile to the face of Ferruccio Lamborghini. But the man who launched a car company to compete with Ferrari is probably spinning at 12,000rpm in his grave after Lamborghini revealed its first electric supercar.

Italy’s second most famous car maker has revealed the Terzo Millennio, and the near-silent, electrically-powered hypercar points to a future devoid of the V12 engine — or any internal combustion engine, for that matter.

Revealed at EmTech, the technology conference held by the Massachusetts Institute of Technology (MIT), the Terzo Millenio’s name – third millennium – is chosen to sum up the concept car’s glimpse into the future of battery-powered Lamborghinis.

If Lamborghini’s predictions prove right, one day drivers will be able to take their supercar to a racing circuit and, at the touch of a button, it will drive itself around the track, showing how to perfect a flying lap – before handing control back to the driver and giving coaching prompts.

The concept focuses on two important areas that Lamborghini says need further research and development if the engineering behind electric cars is to please some of the world’s most demanding drivers.

The first is how energy is stored. The company has worked with MIT to create a kinetic energy recovery system and supercapacitor, which is a technology that Tesla Motors CEO Elon Musk once predicted could replace the lithium ion batteries used in electric cars on sale today. Current supercapacitors have a much lower energy density compared with existing battery technology but Lamborghini claims its design would be a big step forward in this area.

Other advantages of supercacitors include much faster charging and discharging, with minimal depletion in performance, and a resistance to temperatures as low as -40C.

“One day drivers may be able to take their supercar to a circuit, and at the touch of a button it will show them how to perfect a flying lap”

At the same time, Lamborghini and MIT examined how the car’s power pack could be incorporated into the car’s carbon-fibre structure, as a stressed component, to save weight.

Although competition for any car like the Terzo Millennio might be expected to come from Ferrari, it’s relatively unknown names that would give it a run for its money. Rimac, which makes the Concept One that Richard Hammond crashed, and Nio, the Chinese company behind the record-breaking EP9 supercar, are already one step ahead of the supercar establishment.

The company hasn’t made any claims for the performance of the Terzo Millennio. However, it uses four electric motors, one for each wheel, to give variable four-wheel drive and allow the body designers more freedom to create a shape that cuts through the air more efficiently.

One development that may attract attention among science fiction fans is carbon-fibre bodywork that is said to be able to repair itself. “Healing chemistries” in the carbon-fibre mean a hairline fracture could be “self-healed”, it is claimed. However, smashing at 100mph into crash barriers at the Nürburgring Nordschleife is likely to be somewhat beyond such technology.

Stefano Domenicali, the head of Lamborghini, said: “We are inspired by embracing what is impossible today to craft the realities of tomorrow. Lamborghini must always create the dreams of the next generation.”