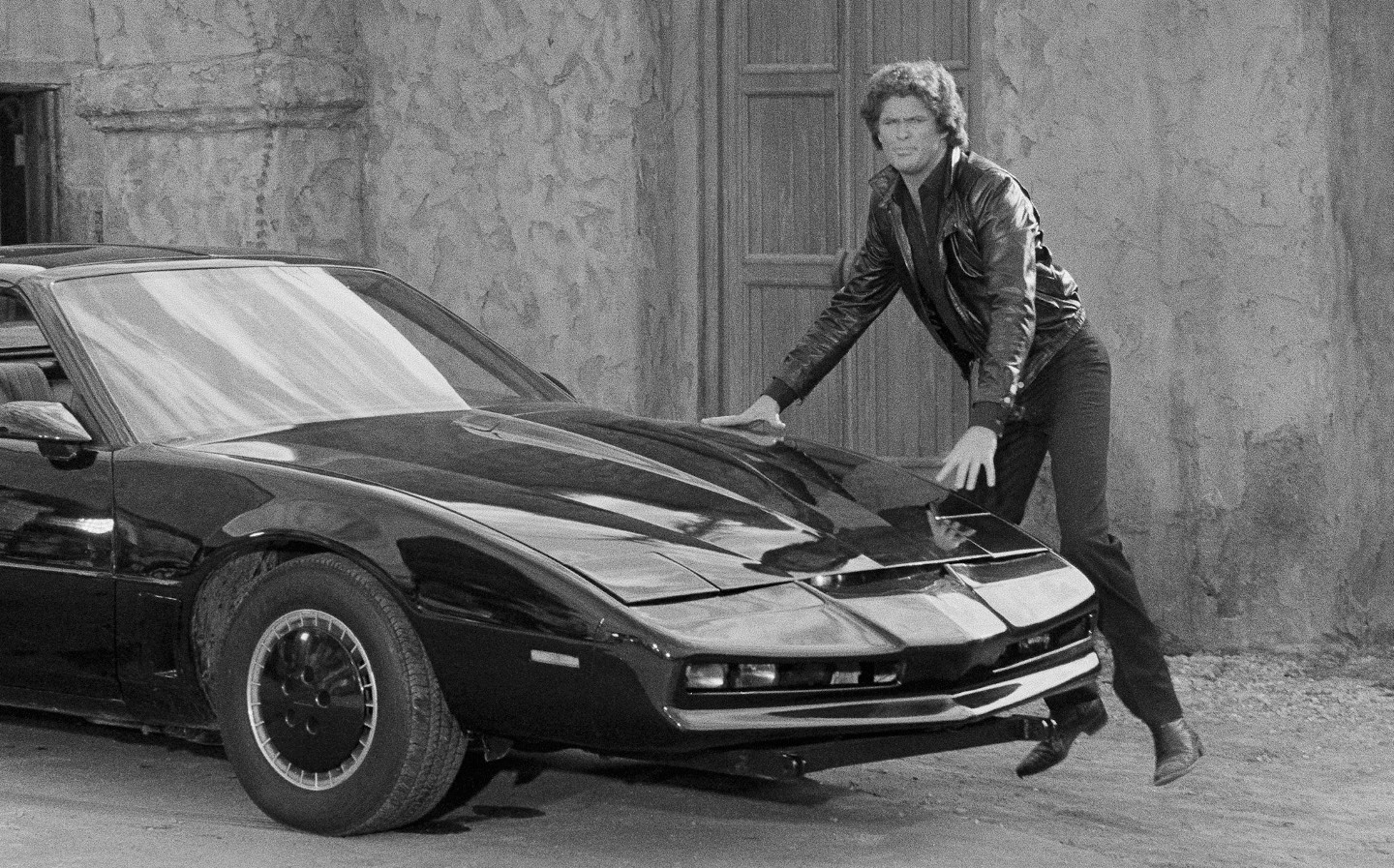 THE PONTIAC Firebird Trans Am is one of the automotive icons of American culture. Although the sound of its V8 may now have faded into distant memory, there was a time where it was as important to American automotive culture as the Ford Mustang or F-150.

That’s thanks to its appearances in various TV programmes and films over the years: it appeared not only in the first (and most famous) Smokey and the Bandit, as the famous “blocker” car, but also in both of its sequels, alongside Rocky 2, McQ, Hooper, The Driver and Steve McQueen’s last film, The Hunter.

However, those of a certain generation will remember the Trans Am primarily for one thing: for starring alongside a fresh-faced David Hasselhoff in the eighties TV show Knight Rider. The Hoff played crime fighter Michael Knight, while the Trans Am portrayed Kitt (Knight Industries Two Thousand), a technologically-advanced, artificially intelligent car (voiced by William Daniels) that aided him in his enforcement of justice.

Kitt, voted by Time magazine to be one of the top ten best fictional cars, is now returning to screens in a new blockbuster film. It will be produced by Spyglass Media, the company behind films including The Sixth Sense, The Insider, Get Him to the Greek and, erm, The Love Guru. It’’ll be directed by James Wan, the man behind horror films such as Insidious and more high-budget blockbusters such as Aquaman.

The film seems, therefore, to be in fairly good hands, but important decisions still need to be made; not least, what car will portray Kitt. One of the main issues Knight Rider traditionalists took with the 2008 reboot was the choice of car — a Shelby Mustang, which you would think seems a natural progression from the Trans Am, as a fellow American classic. It’s safe to assume that whatever car is chosen will be American-made, though: a 2020 Corvette, perhaps?

There are few details set in stone, but the movie will apparently be set in the present day, rather than harking back to its eighties hayday. What is clear from comments on the announcement is that people do NOT want to see a Tesla as Kitt, and that a few people want Dwayne “The Rock” Johnson to portray Michael Knight. Whether those dreams come true remains to be seen.

Minder Ford Capri fire not as bad as first thought