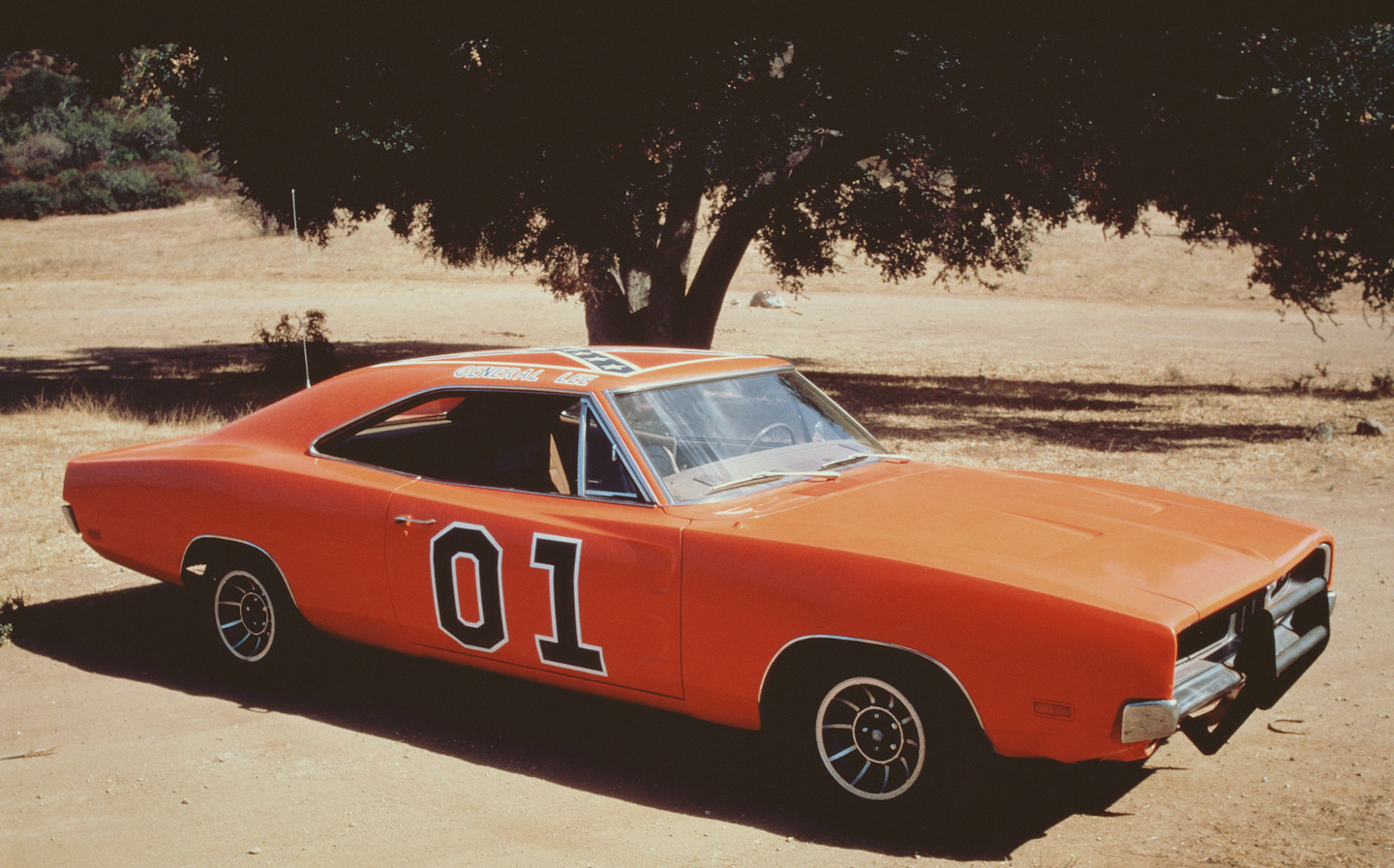 THE DUKES of Hazzard came to define the childhoods of a certain generation, and no part of the TV show is as iconic or recognisable as The General Lee, an orange 1969 Dodge Charger famous for daring jumps and nifty manoeuvres at breakneck speed.

One of its other defining characteristics, though, and what made The General Lee so recognisable, is now being brought back to light for all the wrong reasons, however — the Confederate flag emblazoned on its roof.

Amid America’s (and the rest of the world’s) reckoning with entrenched racism, the use of the Confederate flag in the modern day is being intensely scrutinised. The Black Lives Matter movement was reignited after the killing of George Floyd by a white police officer in Minneapolis in May, and it led to the banning of the Confederate flag from all Nascar events; a move that has gone down like a lead balloon with the sport’s more conservative fans.

Although some in the South see the flag, which was the symbol of the Confederacy that fought against the liberation of slaves in the 19th century, as a motif of southern pride, it is classified by many, including the Anti-Defamation League (ADL) as a hate symbol with connotations of white supremacy.

Addressing the furore, John Schneider, who played Bo Duke in the TV show, told The Hollywood Reporter that “the whole politically correct generation has gotten way out of hand”, insisting: “I have never had an African American come up to me and have any problem with it whatsoever.”

Tom Wopat, who played Bo’s cousin Luke Duke in the show, took a slightly more contemplative view of the flag’s use in the show. While he insisted that “the car is innocent,” he admitted: “The situation in the country has obviously changed in the last 40 years. I feel fortunate to be living in a time when we can address some of the injustices of the past.”

It is unclear which group The Dukes of Hazzard’s creator, Gy Waldron, now 87, falls into. “I had relatives fight on both sides of the Civil War and we honoured both the American and Confederate flags,” he told The Hollywood Reporter. “No one even connected the Confederate flag with slavery. It was simply a part of our Southern culture.”

However, he also said that he is a supporter of the Black Lives Matter movement, and “wholeheartedly” backs its quest for change.

Other people involved in the creation of the show have been more clear about their opinions. Ben Jones, who played Cooter the mechanic before moving on to a career in politics, during which he has served as a Democratic Congressman for Georgia, said that the furore over the flag’s placement is a “tragedy”.

“There are 80m descendants of the Confederacy — one out of four people has that heritage. Most of them have no problem with the flag at all,” he said.

“This was a family show. Black families watched it for generations. I know this. I had a [congressional] office right there in the Martin Luther King district. King’s right-hand man Andy Young is a dear friend of mine. We couldn’t care less about rebel flags.”

This is not the first time that the TV show, which ran from 1979 until 1985, has come under fire for the display of the Confederate flag on the Dodge Charger. After the mass shooting by a white supremacist in a church in Charleston in 2015, the last TV network in the US broadcasting The Dukes of Hazzard took it off the air. In addition, Warner Bros. stopped making toys of the car and the owner of one of the actual vehicles used in the show revealed that he had painted over the flag on the roof.

A similar storm gathered around Nascar, another cultural phenomenon tied to the American south, after it banned the display of Confederate flags. Some in America praised it as a gesture of inclusivity while others said that the sport had taken a needlessly political standpoint.

President Donald Trump characteristically weighed in on Twitter, saying that the “flag decision”, alongside what he called the “HOAX” surrounding the discover of a noose in the garage of African American driver Bubba Wallace, had caused Nascar’s “worst ratings EVER!”. The sport’s ratings, in fact, have largely stayed steady since it returned from the coronavirus lockdown.