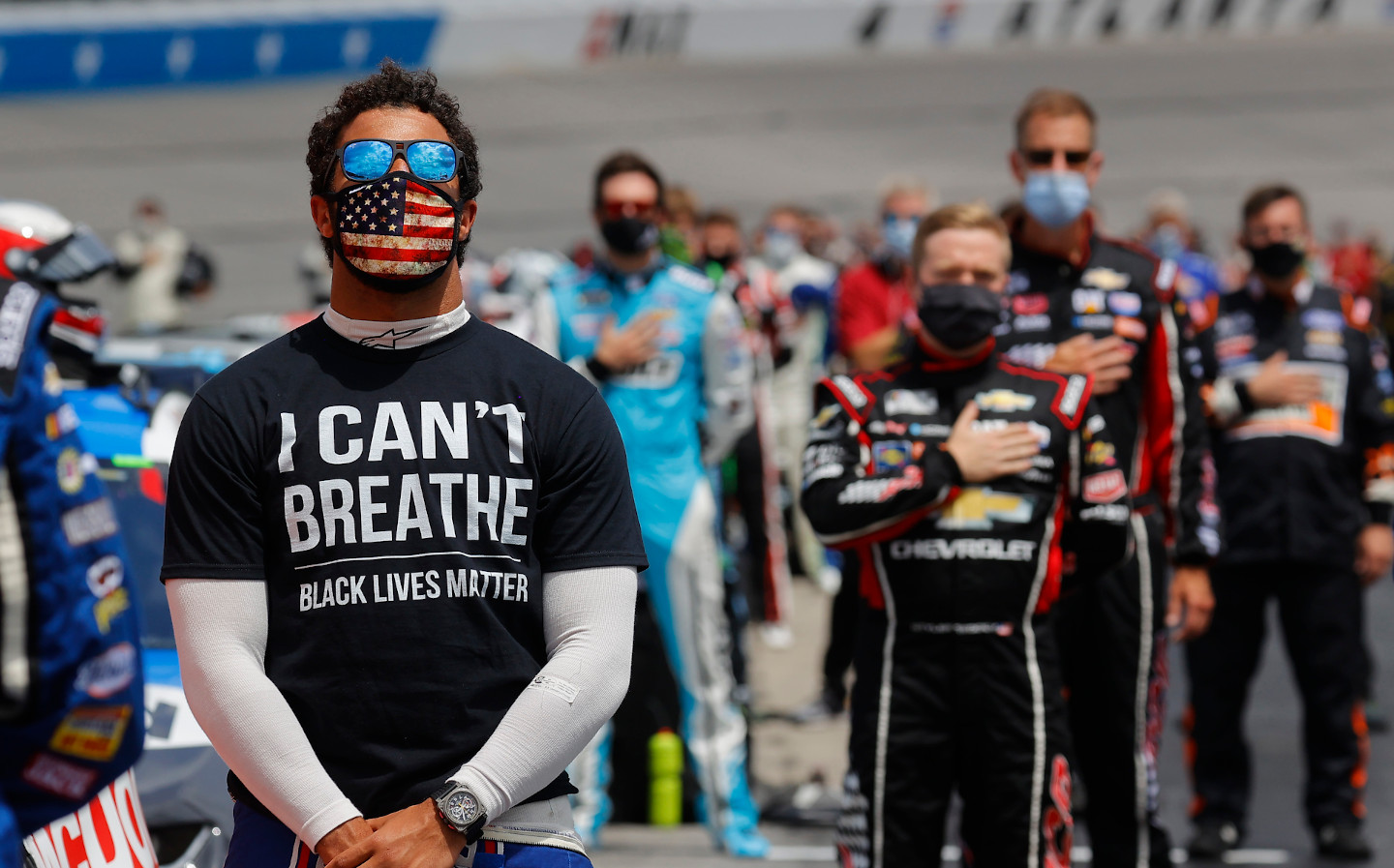 Bubba Wallace has hit back at Donald Trump after the U.S. President published a tweet implying that the Nascar driver should apologise over an incident involving a noose found in his pit garage.

The president tweeted: “Has @BubbaWallace apologized to all of those great NASCAR drivers & officials who came to his aid, stood by his side, & were willing to sacrifice everything for him, only to find out that the whole thing was just another HOAX? That & Flag decision has caused lowest ratings EVER!”

The bulk of the tweet refers to an incident that occurred last month, when a rope fashioned like a noose was found in the garage of Wallace, Nascar’s only black driver, before a race in Alabama. The sinister symbolism of the incident — especially in a state like Alabama, where more than 300 African-Americans were lynched between 1877 and 1943, sparked investigations both within Nascar and by external government organisations such as the FBI.

Has @BubbaWallace apologized to all of those great NASCAR drivers & officials who came to his aid, stood by his side, & were willing to sacrifice everything for him, only to find out that the whole thing was just another HOAX? That & Flag decision has caused lowest ratings EVER!

The FBI investigation found that Wallace had not been the victim of a hate crime, and that the rope (now thought to be a garage pull rope) had been in the garage since last year, long before the garage was assigned to Wallace for the race weekend at the Talladega Speedway.

Wallace has drawn criticism from some Nascar fans since this incident, even though he was not the one who found or reported the noose. Many commentators have noted that questions should still be asked about why a rope fashioned in such a way was found at a race track.

I have been to many race circuits since before I could walk, and in the garages almost as often, and NEVER seen a noose used as a pull rope. Neither have I seen one used anywhere else, for that matter. More questions must be asked, regardless of when it was fitted. https://t.co/1noLe2OGvI

Trump also referenced the “flag decision”, which presumably refers to Nascar’s ban on the display of the confederate flag during its events. The decision, praised by many as a symbol of Nascar’s wish to be more inclusive, was seen by some as unnecessarily political or “woke”. Despite its classification by the Anti-Defamation League as a symbol of white supremacy, many in the South see the flag as a symbol of southern pride.

Wallace took to Twitter to post a response to the president. Screenshots of a typed message said: “You will always have people testing you. Seeing if they can knock you off your pedestal. I encourage you to keep your head held high and walk proudly on the path that you have chosen.”

He addressed the President at the end of the message: “Last thing, always deal with the hate being thrown at you with LOVE! Love over hate every day. Love should come naturally as people are TAUGHT to hate. Even when it’s hate from the POTUS [President of the United States].”

To the next generation and little ones following my foot steps..#LoveWins pic.twitter.com/tVaV3pkdLe

Some have also noted an inaccuracy at the end of Trump’s tweet, which stated that Nascar was suffering its lowest ratings ever. In fact, upon Nascar’s return after the coronavirus pandemic, viewership on Fox has risen by 8%, which has maintained after the ban of the confederate flag.

The season so far has a dip in viewership of around 1.1% compared with last year, but this has been blamed on a number of races being moved to Mondays rather than Sundays due to rain, as well as a new, tighter schedule.