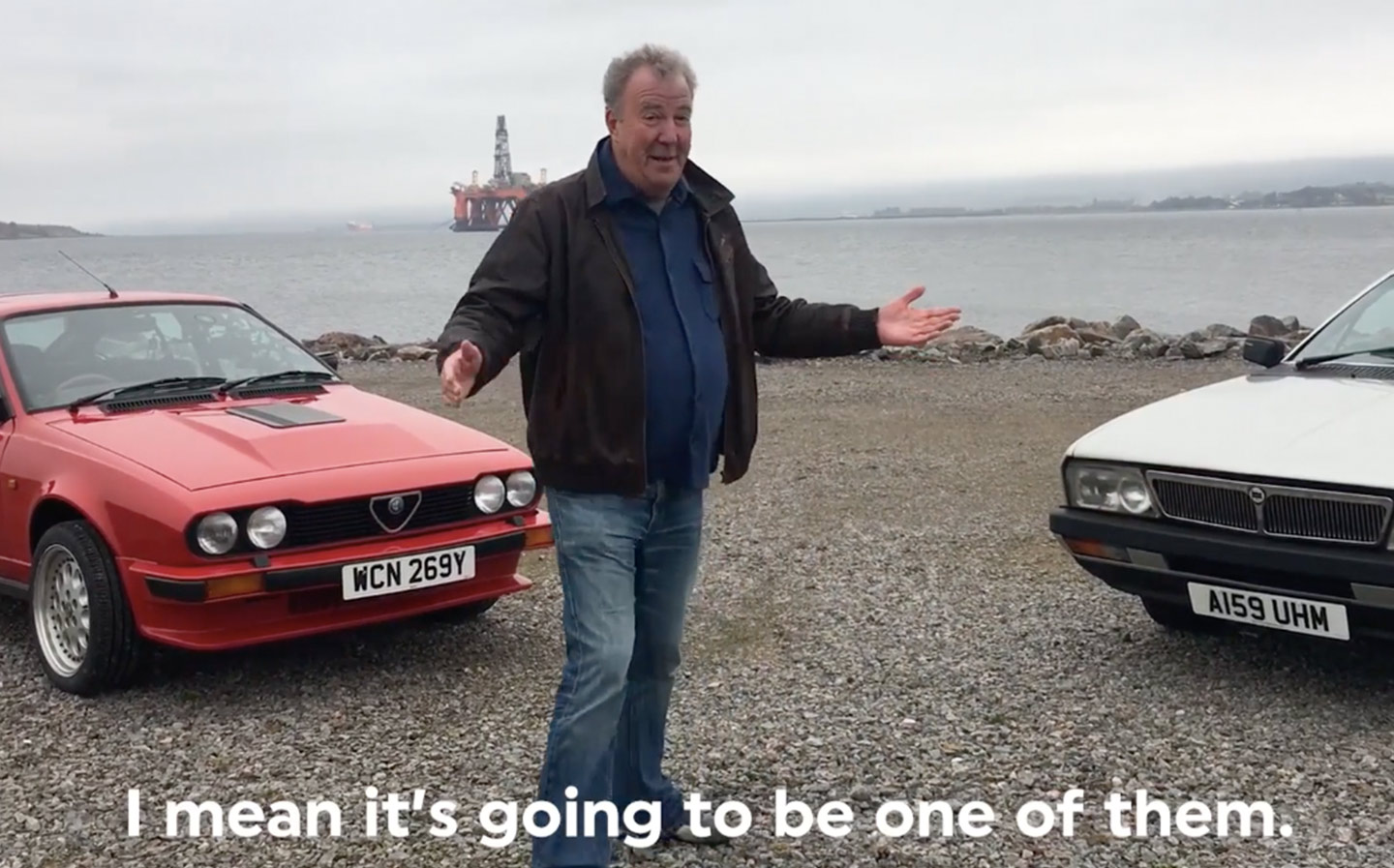 JEREMY Clarkson is currently in Scotland with James May and Richard Hammond filming series three of The Grand Tour, and he wants to know which of the three classic Italian cars chosen by the presenters will break down first.

That’s right, he’s not asking if any of them will break down. Rather, he’s assuming at least one will go wrong at some point during filming.

Under the spotlight is an Alfa Romeo GTV6, chosen by Clarkson himself, a Lancia Gamma Coupe, picked by May, and a Fiat X1/9, as selected by Hammond.

You can watch his video on the DriveTribe website by clicking here.

Before you think he’s having a pop at Italian engineering specifically, you should bear in mind that several classic Jaguars bit the dust during filming of series two, including one that wasn’t exactly shown a lot of respect during an off-road time trial:

So don’t get too miffed. Unless you’re an enthusiast of classic cars in general, that is, in which case tweet all fury to @JeremyClarkson.