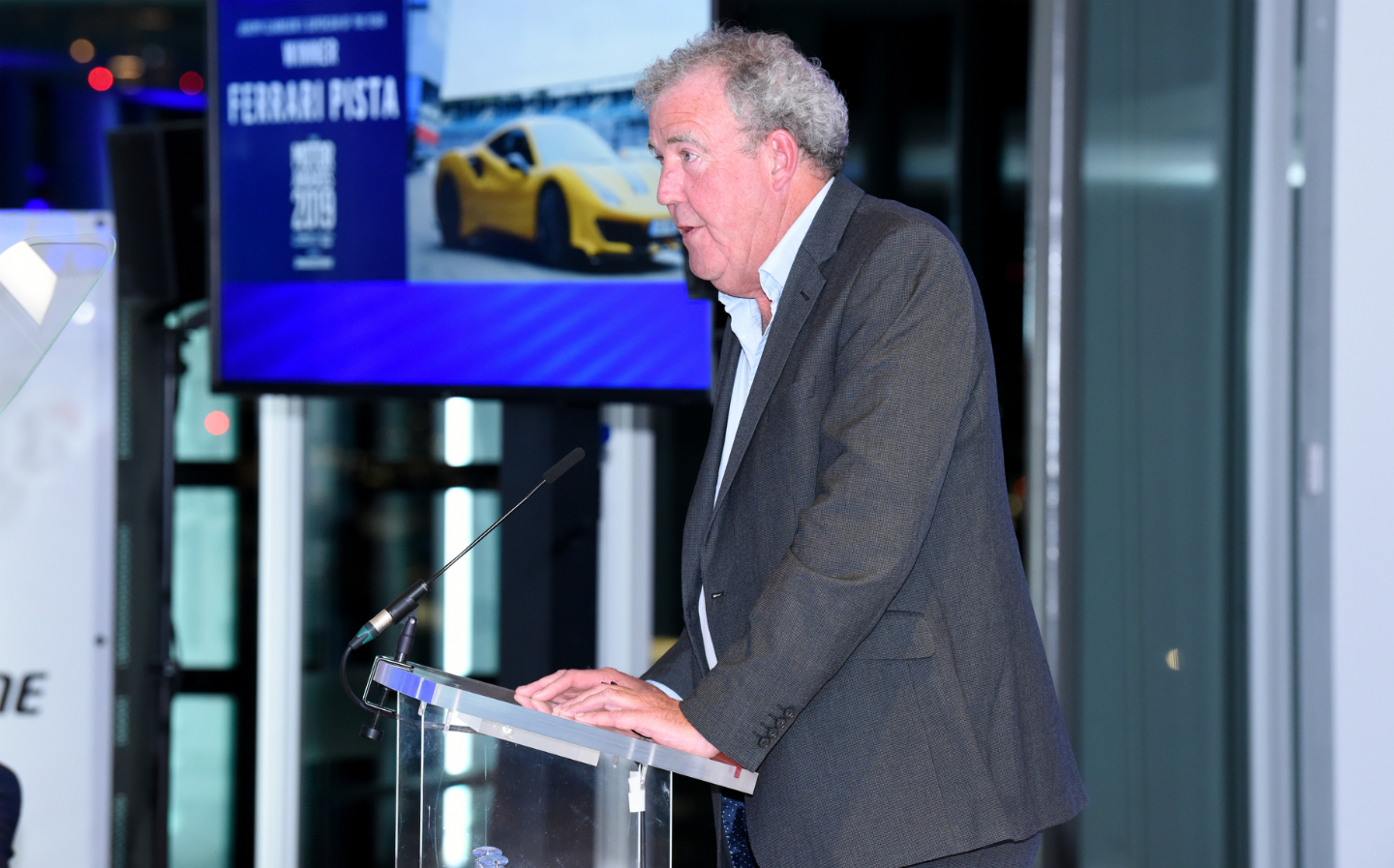 HE MAY frequently claim to be allergic to manual labour but Jeremy Clarkson is without question a workaholic. This year, as well as filming an epic Grand Tour special across south-east Asia, presenting more Who Wants to be a Millionaire episodes and launching a new farming show — while tending to day-to-day duties on his farm, of course — he’s also reviewed a wide range of cars for The Sunday Times.

Despite being one of the most outspoken motoring journalists, Clarkson has been quite satisfied with most of the cars he’s driven this year. While none were awarded a perfect five star rating, the critic has awarded 17 of the 30 he’s reviewed to date in 2019 a four-star score, and in today’s paper singles out nine stand-out motors from the last 12 months.

Arguably the pick of the bunch is the Ferrari 488 Pista, which he crowned his overall supercar of the year at the Motor Awards 2019. When the Grand Tour host reviewed the 711bhp road rocket, he described the track-focused special as “one of the most exciting, thrilling, beautiful and satisfying cars ever made.” It also made him reconsider his commitment to never again buy another mid-engined supercar.

It wasn’t just 200mph+ speed machines that ticked the right boxes for the columnist, though. A car further down the pecking order that Clarkson fell head over heels for was the Mercedes-AMG A 35. Admittedly it’s still a performance car, but it has two-fifths of the Ferrari’s power. The 302bhp A 35 also ended up providing one of Clarkson’s most raucous rides of the year, the writer describing the car as “a mad ride, full of jolts and judders and stars flying past at breakneck speed”.

The clearest example of Clarkson appreciating more than barking, flame-spitting beasts was when he reviewed the Peugeot Rifter people carrier. Arguably the person most surprised by his like of the practical Pug was Clarkson himself: despite admitting he was expecting to tear into the van-based MPV when it was delivered to him to test, he ended up being immensely impressed by the spacious Rifter, and was forced to conclude it was a “fabulous” and “brilliant” family car.

Another surprise, though for the opposite reason, was the Toyota GR Supra, which on paper should be the sort of car that suits Clarkson to a tee. However, while he liked the Supra’s speed and handling, Clarkson didn’t gel with what was one of the most eagerly-anticipated cars of the year, which he pointed out borrowed a lot of tech from BMW and said was “not underwhelming, by any means, but neither is it overwhelming. It’s just whelming”.

By far the biggest disappointment for Clarkson this year, however, was the BMW X5. From the underpowered engine to the complicated electronics and the high starting price, there was very little about the BMW that floated the Grand Tour host’s boat. In fact, he claims the shape of the gear lever was the only part of the X5 he quite liked.

For the full list of the cars that made it onto Jeremy Clarkson’s naughty and nice lists this year, visit the Sunday Times website.