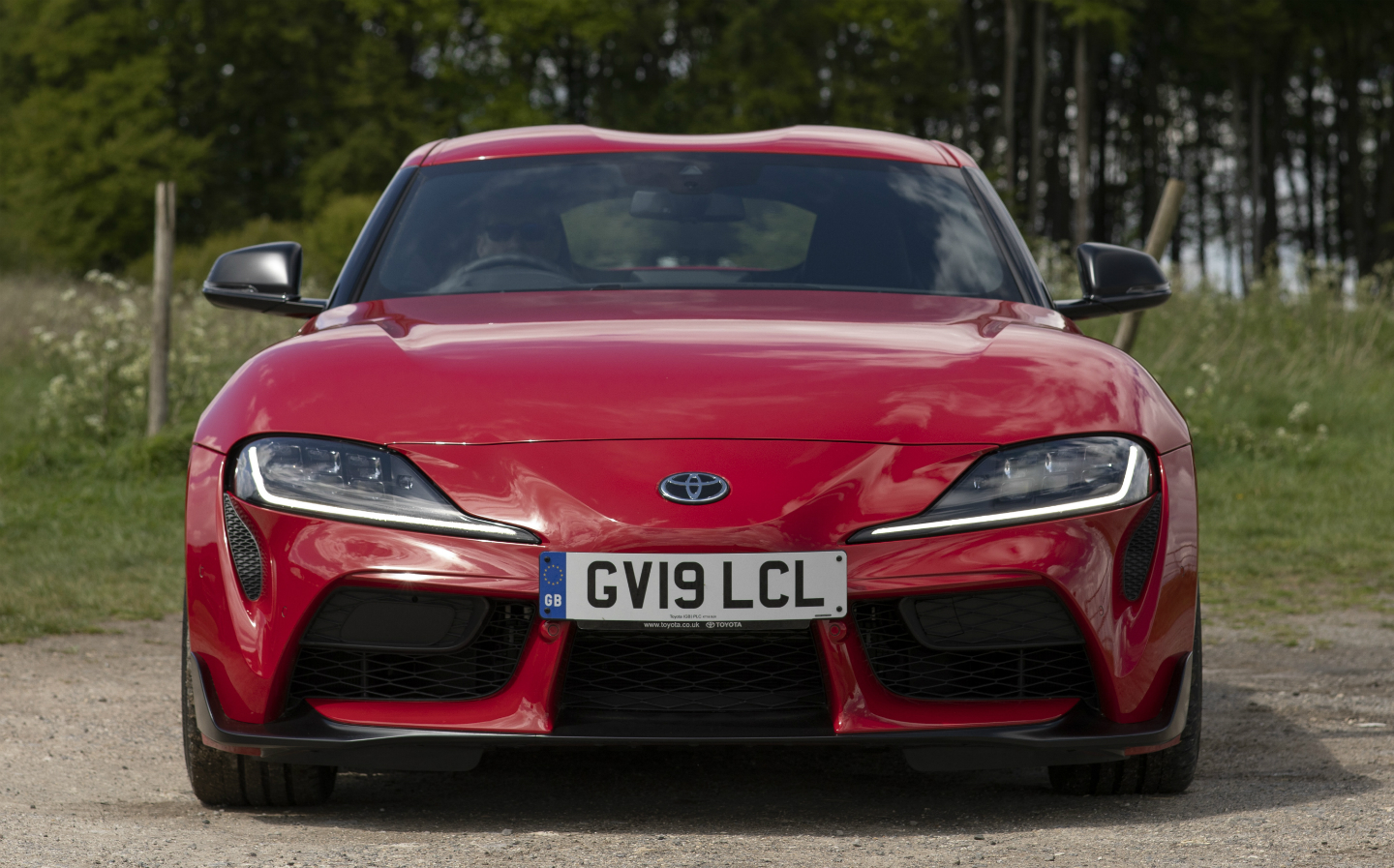 THE NEW Toyota Supra may have succeeded in winning over Mat Watson, who reviewed the Japanese sports car for Driving.co.uk, but writing in the Sunday Times Magazine today, it’s clear Jeremy Clarkson was less impressed.

In theory, the Toyota ticks many of the Clarkson’s boxes for a stellar review.”I’d been looking forward to driving it very much,” Clarkson writes, “because it’s exactly the sort of car I like. Front-engined. Two seats in the middle. And drive to the back. All put together by Japanese robots so it will never, ever go wrong.”

The praise continues when it comes to the way the Supra feels behind the wheel. The Grand Tour host says its handling is “the honest-to-God, meat-and-two-veg stuff that causes hairy-backed motoring enthusiasts to drool slightly”. Clarkson claims he doesn’t mind the fact that it shares an engine, an interior and many other bits and pieces with its Bavarian stepsister, the BMW Z4 roadster.

So far Toyota appears to have got its sports car recipe spot on, but then Clarkson drops the bombshell: the Supra “doesn’t really work.”

He explains: “It’s not underwhelming, by any means, but neither is it overwhelming. It’s just whelming and I was expecting, I dunno, a bit of chilli and lemongrass in the mix.”

He goes on to suggest the Toyota may be suffering from an identity crisis, and wonders what could tempt buyers into the driver’s seat when they could choose instead the “far prettier” BMW Z4, or a Toyota GT86 that “does broadly the same sort of thing” as the Supra for around half the price.

But there was a more fundamental issue for Clarkson. Even if the Toyota Supra had turned out to be the greatest sports car of all time to drive, he still wouldn’t have liked it as he found it immensely difficult to squeeze his long frame into the car’s cabin. While he’s admittedly thankful to Toyota for equipping the double bubble roof that improves interior head room for taller people, it’s a bit of a moot point when the small doors make it extremely difficult to get in and out.

Clarkson writes that he “had to adopt all sorts of horrific yoga positions to get on board”, and confessed to wondering whether he’d need to “drive lightly into a tree so the fire brigade would cut the roof off and I could get out that way”.

That means the new Toyota Supra joins the original Ford GT40 in being a performance car that Jeremy Clarkson can’t fit in, which isn’t ideal if you’re after praise from the world’s most famous motoring journalist.