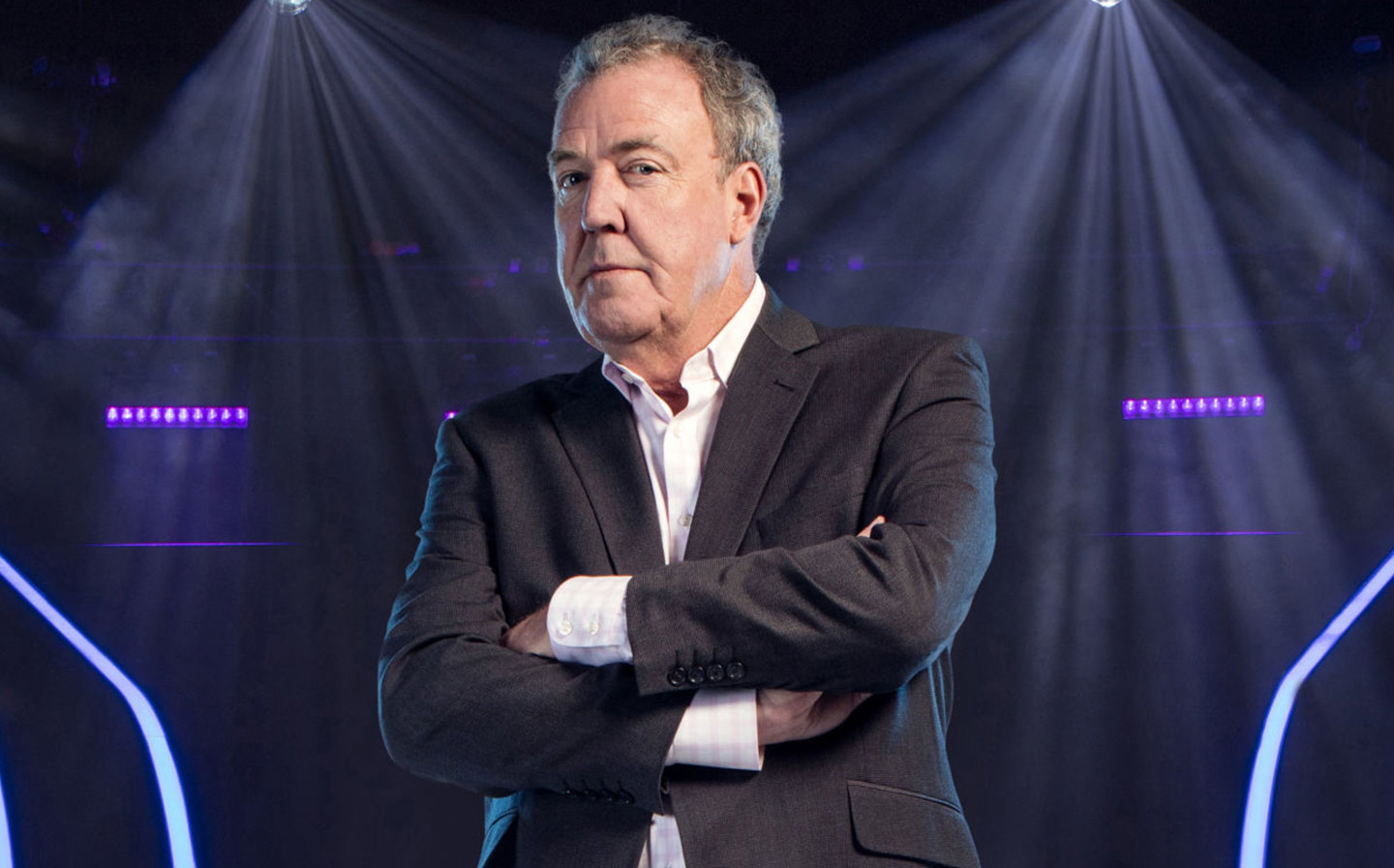 JEREMY Clarkson says he can’t wait to spend some time away from James May and Richard Hammond following the announcement that he will return to host a new series of the Who Wants to be a Millionaire game show in 2019.

The Grand Tour presenter and Sunday Times columnist is returning to the show following a largely very positive reaction to his work as guest host on a short run of 20th anniversary specials in May this year.

That series, broadcast over seven consecutive nights, consistently attracted more viewers than any other show in its slot, with the first episode pulling in 6.1m viewers, representing a 31% audience share.

Clarkson, 58, said: “I absolutely loved hosting the anniversary shows and cannot wait to spend a few precious hours away from James May and Richard Hammond, making the new ones”.

The 2019 series will see Clarkson chair the show for ten 60-minute episodes in the New Year. The format will remain the same, with members of the public given the chance to win £1m over 15 increasingly-difficult questions

The innovative ‘Ask the Host’ lifeline being retained despite the fact that Clarkson proved fairly unhelpful in the anniversary specials.

Matthew Worthy, joint managing director of Stellify Media, which produces the show for ITV, said: “Ask The Host is back! And a quick tip for future contestants: don’t use it on questions about fine art, haute cuisine or the scouting association.”

Clarkson is still putting the finishing touches to the third season of a contracted three-series run of The Grand Tour for Amazon Prime Video. That show is expected to air from November and there is no news at this time of a fourth series, although that doesn’t mean there won’t be one, as was reported by the Mail on Sunday in March.

The recent announcement of a Grand Tour video game could hint that there is life in the big-budget car show beyond series three, and leaked streaming figures suggest the show is punching well above its weight for Amazon.

In March, Reuters reported that The Grand Tour has been more successful at encouraging sign-ups than any other original Amazon series, with a “cost per first stream” showing it was its least expensive Amazon Original show per new subscriber.

And in August, a report by TV regulator Ofcom showed that The Grand Tour was the second most-streamed show of all in the UK, after the surprisingly enduring hit sit-com Friends, on Netflix. The Clarkson show proved more popular than The Crown, Stranger Things and Peaky Blinders, according to the figures.

Clarkson, Hammond and May signed a multi-million-pound deal to move to Amazon’s subscription service in 2015 from the BBC, where they hosted Top Gear.

The Grand Tour Game has a poo-ometer