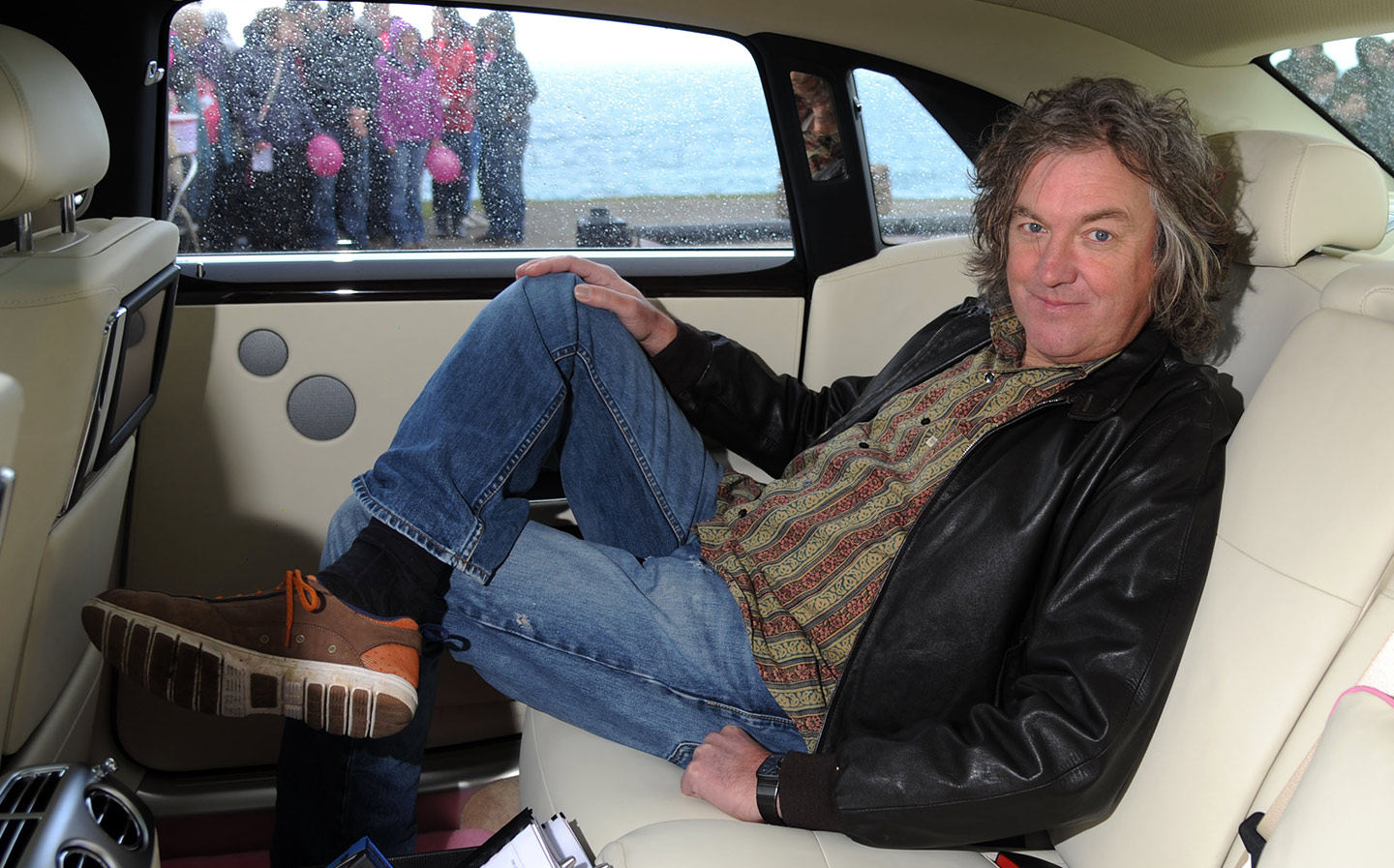 MOTORING journalist and The Grand Tour presenter James May has questioned whether banning the sales of new petrol and diesel cars from 2040, and switching to electric cars, is feasible.

May, 54, told the World at One programme on BBC Radio 4 that he isn’t sure if the government’s plan to reduce emissions, announced today, will actually happen.

“I think it’s a laudable idea but I would urge caution,” he said. “At the moment I think around 1 or 1-and-a-bit per cent cars on the road in Britain are electric, and at that level, it’s a learning phase. If we’re saying that we want all cars to be electric that requires a massive shift.”

The presenter pointed to many issues around electric cars that are “not fully decided yet”, including how they are charged, whether the batteries should be replaceable and if they can help balance demand by feeding back into the National Grid — an idea he recognised is being tested. He also questioned whether the infrastructure can cope with the increased electricity demand.

May reasoned: “There’s a massive technical and cultural shift, and we’re only talking about 23 years’ time; that’s not that long. We’re talking about replacing an infrastructure for fossil fuels that we’ve had for over 100 years, and we’ve developed and refined constantly, and we want to achieve the same thing in about a fifth of the time.”

When it was pointed out that France and Norway were planning to move towards electric vehicles even quicker than the UK, May said:

“Yes, well France has always been very good at this progressive stuff and Norway is already a very long way ahead with its infrastructure. It isn’t as densely-populated, either. So yes, all credit to them; they are better at that than us.

“I think it’s an interesting idea, but it’s always been very difficult to achieve, and we’re getting much better at it but we’ve got to get it pretty much perfect and universal in less than a quarter of a century.”

However, May was also asked about a comment made by a spokesperson from Chargemaster, an electric vehicle charging company, that market forces in the private sector would mean the UK would be ready for electric cars by 2040 anyway, without government funding.

May said: “That may be true. BMW has already announced that it will make all its cars available in an electric version, and it will be consumer pressure that drive the change of culture in the car industry. It’s always been that way.”

But speaking from north Oxfordshire, May said that infrastructure was still a big barrier for electric car take-up. Referencing an electric car test for his former TV show Top Gear, he said:

“The results were that electric cars have a lot of fine attributes; they’re quiet, they’re refined, they’re simple to maintain, but they’re expensive and they are relying on a charging network that is actually rather sketchy at the moment.

“I have an electric car. I’m in north Oxfordshire at the moment and I wanted to bring it with me, but I realised that it was slightly too far to go, there and back. There isn’t anywhere here to charge it and in the end, I had to come in my Porsche. So that’s your answer, really.”

He added: “It was too wet for the Ferrari, unfortunately.”