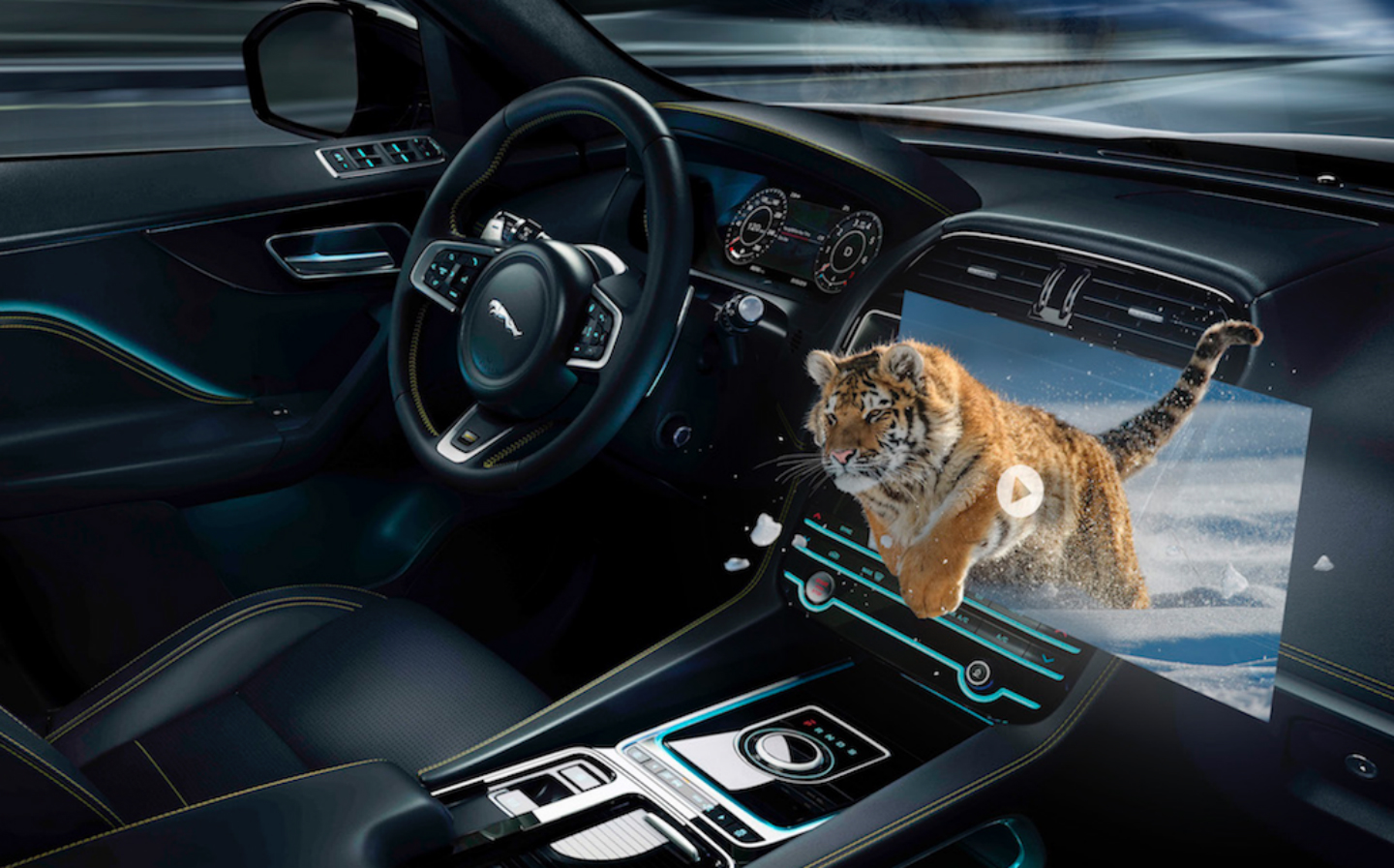 The car maker says it is developing advanced technology with the Centre for Advanced Photonics and Electronics at Cambridge University. If it reaches production cars, future Jaguar and Land Rover customers will experience head-up display (HUD) and infotainment systems with “immersive” augmented reality and 3D capabilities.

JLR’s HUD unit projects three-dimensional lane departure and hazard perception warnings onto its cars’ windscreens, and could in future also be used to display sat nav instructions and features that can “reduce the effect of poor visibility in poor weather or light conditions”.

According to the car maker, the safety benefits of the tech were highlighted in a 2016 University of Stuttgart study on stereoscopic (3D) car displays, which found HUDs with a “high quality 3D effect” can aid with depth perception and help the driver respond faster to sudden pop-up notifications.

The 3D user interface studies are also investigating how best to update in-car entertainment. One solution involves an innovative central display screen that uses head and eye tracking tech to allow passengers to watch 3D videos in the vehicle without 3D glasses.

JLR also says that more advanced head and eye tracking systems could allow the driver and passengers to view different programmes at the same time from the same screen. That could allow one passenger to use the display to check out journey details while another is watching a movie.

The eye-tracking elements are still far from being ready for use in production cars but JLR already has a “Dual View” infotainment system. When fitted, the tech allows the driver and front seat passenger to view two different programmes at once on the touchscreen device, simply by displaying two images in two different directions.