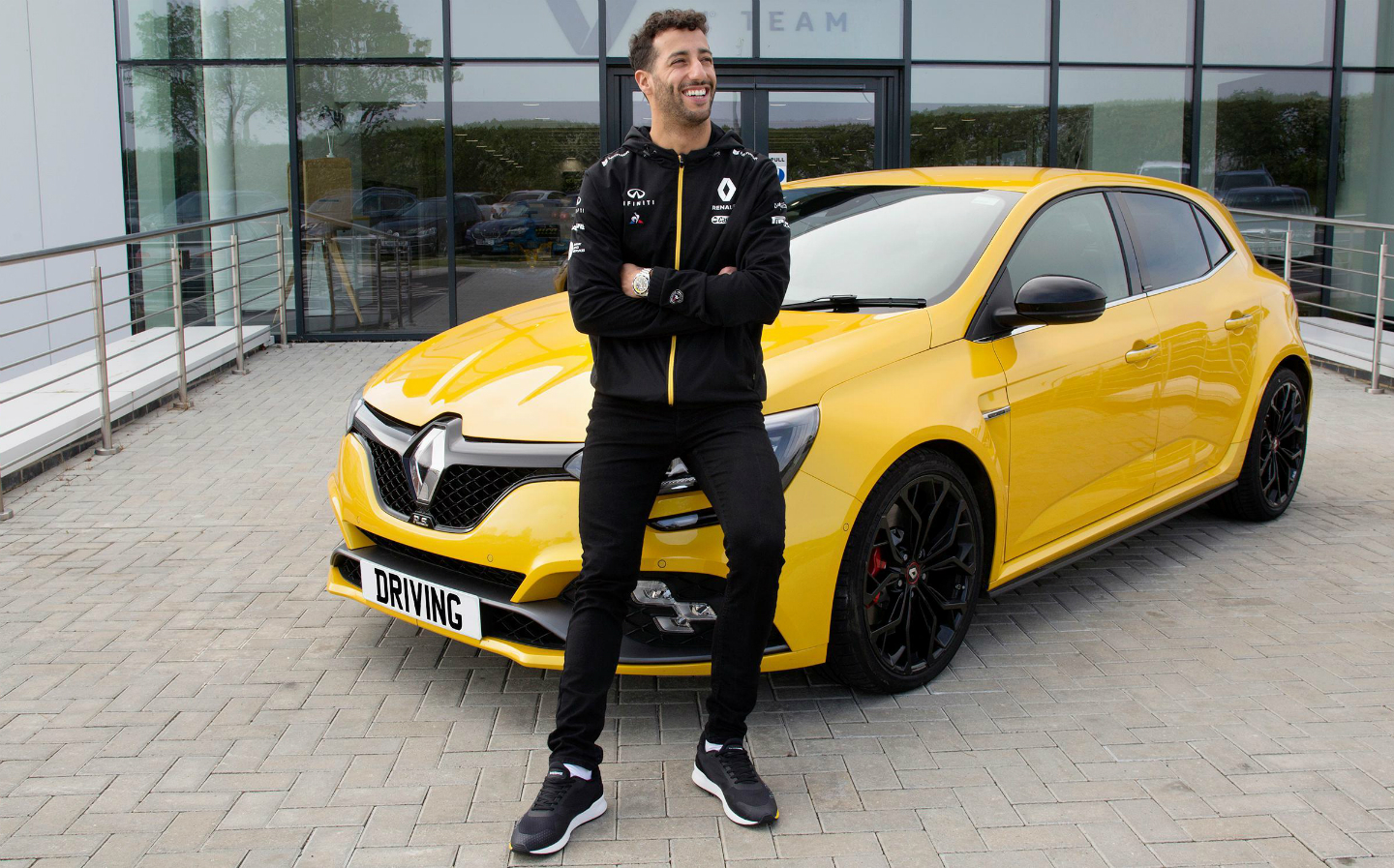 FOR HIS day job, Daniel Ricciardo races one of the most sophisticated cars in the world. Yet the Formula One driver claims he wouldn’t have a clue what to do if his Renault Mégane broke down on the hard shoulder. “I’m not very good under the bonnet,” he confesses. “Some of my friends are mechanics and they give me a hard time because I don’t even know how to change a tyre.”

The Australian, who last year dramatically left the Red Bull F1 team to join Renault, has had mixed results this year, without a single top three finish. However, after failing to finish in Australia and Azerbaijan, he has climbed up through the field, coming sixth in Canada last month.

“Making the decision to leave Red Bull after five seasons was tough — we didn’t necessarily see progress in my five years there. As far as results go this year, I’d love to say that I’ll get a podium.”

Ricciardo grew up in Perth, Western Australia, and was car-obsessed from a young age. His Italian father, Joe, ran an engineering business and raced in his spare time. “I got into cars from as early as I can remember,” says Ricciardo. “My mum, Grace, would take me to see Dad on the track.”

Ricciardo started karting at the age of nine and won a scholarship to take part in the Formula BMW Asian championship at 16.

His father taught him to drive on the road in his Mitsubishi Titan truck. “I passed the driving test first time and Dad let me practise in his Mini Cooper S. My first car was a Toyota Hilux pick-up — a ute [utility vehicle] as we call them back home. It was a gift from my parents. Utes are a bit macho and, because I was still at school, I was totally made up. I think my parents also realised a ute is quite slow.”

Ricciardo moved to Europe in 2007 to race in Formula Renault and was given a Fiat Punto hatchback. “I was really chuffed. It was a new car and could squeeze into tight parking spaces. It served a purpose and I drove it hard.” He made his F1 debut for the HRT team at the 2011 British Grand Prix, then raced for Toro Rosso from 2012 to 2013. “I was living in England and I had a Golf GTI. That car was so well balanced.”

“My first car, a Toyota Hilux, was a gift from my parents. I think they realised a pick-up truck is quite slow”

He splashed out on a Porsche 918 Spyder. The hybrid produces 875bhp and goes from 0 to 62mph in 2.6 seconds, “but everything feels kind of slow after an F1 car”.

In 2014 he replaced Mark Webber at Red Bull, claiming his first F1 victory at the Canadian Grand Prix. “When you first drive in F1 it’s like, ‘Oh my gosh — the speed’. Now I could go and drive 100 laps on my own and not get excited. On the flip side, my love for racing competitively is growing race by race. I love it.”

Ricciardo owns a property in Perth and rents a flat in Monaco, where he keeps a Porsche GT3 RS and a Vespa scooter. Last year he bought his dream ute — a Ford F-150 Raptor — which he keeps at a friend’s house in America.

“When I’m driving to and from Renault F1 in Oxfordshire, I can choose from a pool of cars. If I’m chilling with my music, I might take the keys to a Renault Kadjar, which is an SUV. If I want some fun, then the Mégane R.S. is really grippy.

“I have no problem with people overtaking me on the road, but it’s a different story when the next grand prix comes around.”

Daniel Ricciardo: my life in cars

Clarkson: The Renault Mégane R.S. Trophy is really, really good — but owning one will result in ridicule