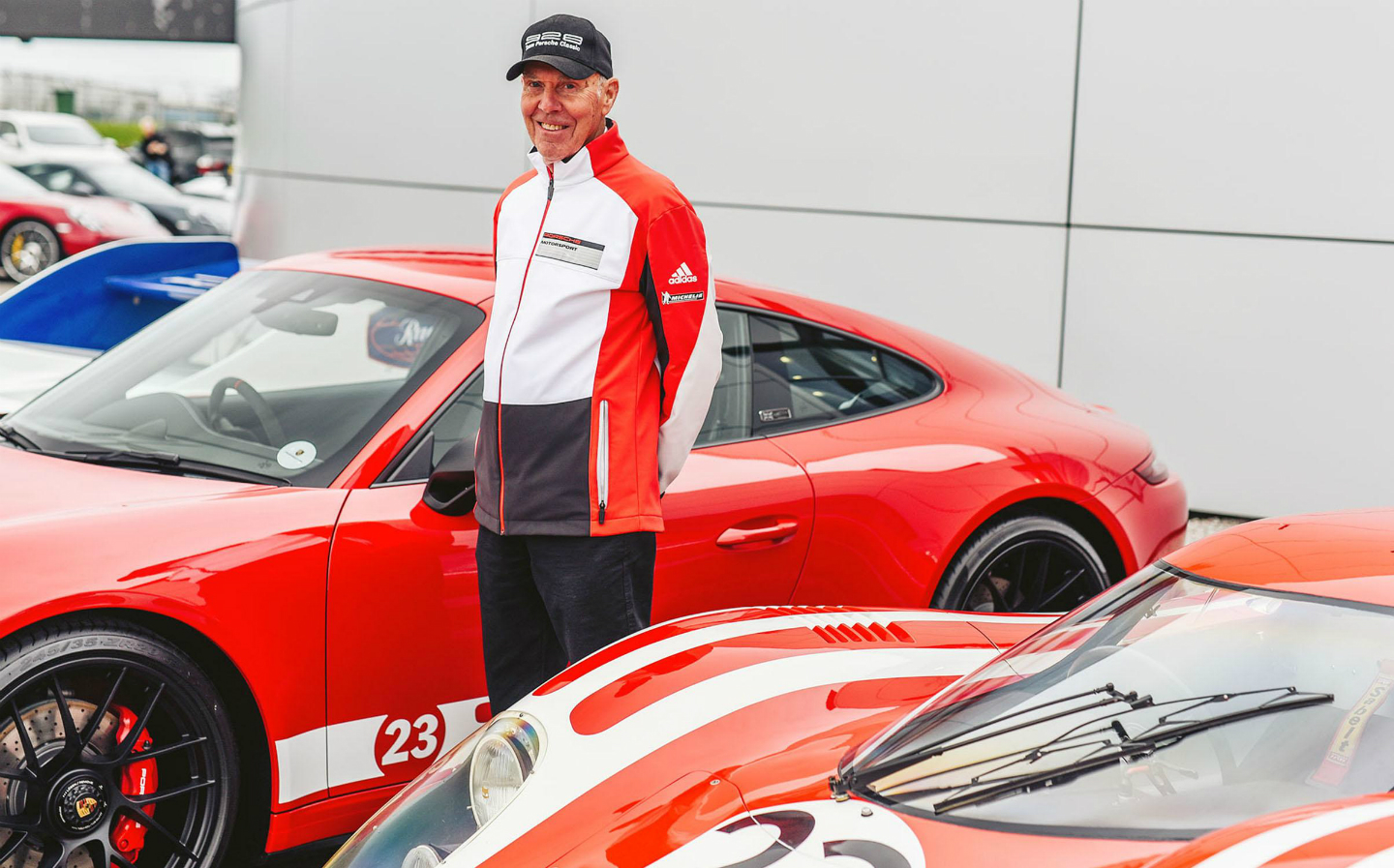 ATTEND a driving course at the Porsche Experience Centre at Silverstone and you could find yourself sitting beside a spry 79-year-old. Richard “Dickie” Attwood may be a pensioner, but beneath the genial exterior lurks a former Formula One driver and Le Mans 24 Hours champion. In his heyday, Attwood competed for the BRM, Lotus and Cooper F1 teams. And in 1970 he became the first driver to win at Le Mans for Porsche — the first of the car-maker’s record 19 victories.

Attwood grew up in Wolverhampton, where his father owned a chain of garages, and, after school at Harrow, he began an apprenticeship with Jaguar. Encouraged by his father, he started racing in 1960, at the wheel of a Triumph TR3A, and first caught attention when he won the Formula Junior Monaco Grand Prix in 1963. He competed in Formula Two before moving up to F1 in 1964, at first for BRM.

He drove at Le Mans in 1969 (the year he married his wife, Veronica, with whom he has three children) in a Porsche 917, which featured a lightweight space-frame chassis. Attwood recalled that the instability at speeds greater than 185mph — in a car capable of 235mph — was terrifying. “It would wander horrendously all over the track, and there was so much lift on fast straights that the rear-view mirror would point at the sky,” he says.

Victory came the next year, with his co-driver Hans Herrmann, in a revamped 917. Things did not start well: Attwood was suffering from mumps, and the pair qualified in 15th place. However, a high rate of attrition among the other drivers amid heavy rain allowed the underdogs to take the lead and, eventually, Porsche’s first Le Mans win.

Soon after that victory, Attwood was asked to help with Steve McQueen’s film Le Mans. He drove the 917 camera car — standing in for McQueen in action scenes — more than anyone else. “It was rigged with really big cameras, including one in the cockpit and another on a boom that swung round when it was nudged by another racing car — that’s how we got the famous car-to-car panning shot.”

No one wants a big car with a big engine, but my V8-powered Audi A8 suits me well. It’s very comfortable — and fast enough when required.

Later Attwood bought the camera car from his fellow racer Brian Redman — although both were unaware of its provenance at the time. He eventually sold it to build a pension pot, only to see prices soar.

After quitting motor sport, Attwood worked in the family business and is now involved in historic-car racing. He has also worked with Porsche, Audi and Ferrari on demonstrations and track-day tuition.

Fittingly for an endurance driver, Attwood covers big distances with his road cars: he bought a Peugeot 405 estate new in 1989 and did 415,000 miles on the original engine and clutch, and he continues to add to the 20-year-old Audi A8’s impressive tally. A sacrificial Audi A3 is pressed into service for the winter; there’s an automatic Volkswagen Polo for short trips; and a 1953 Aston Martin DB2/4 is on hand “for summer days when convenient, which is not very often”.

Richard Attwood: my life in cars