A PENSIONER thought he was going to die while locked inside his car last month, as temperatures outside the vehicle reached 25°C.

American Peter Pyros, 75, became trapped in his 2006 Cadillac XLR roadster, which has a folding hardtop roof. A reported electrical problem meant that Pyros couldn’t open the doors, windows or roof, making him a prisoner inside for nearly 14 hours, according to the Washington Post.

Pyros didn’t have a mobile phone with at the time as he had entered the car, which was parked in his garage, simply to turn over the engine. His plan was to then return to the house for a change of clothes before taking the car out for a pre-winter drive. 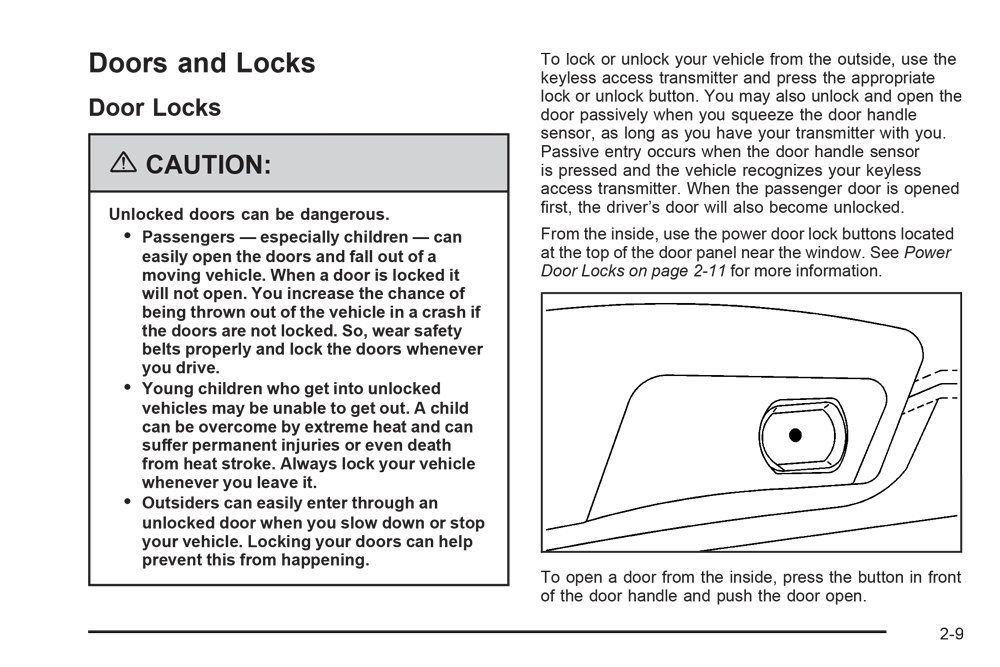 The manual for a 2006 Cadillac XLR shows how to open the doors using a electronic button, rather than a mechanical handle

Pyros tried the key fob, even changing its batteries and trying them upside-down, but to no avail.

Temperatures inside the car climbed and after just 30 minutes he was starting to sweat and having a hard time catching his breath, according to the Post.

Weather experts say that when the temperature outside is 30°C a car interior will quickly reach 60°C. Stanford University School of Medicine carried out studies that showed 80% of the average temperature increase occurred within 30 minutes of the car being parked.

Getting desperate, and without any tools or sharp objects in the car, Pyros attempted to smash the windows with his fists and feet.

The heat and exhaustion got so intense that Pyros passed out twice during the ordeal, he said.

“It was the most horrifying experience you can imagine,” he told the newspaper. “I accepted, at some point, that this is how I’m going to die.”

The interior of a Cadillac XLR.

Pyros even wrote a note so that loved ones would not think he committed suicide.

Luckily for him, his shouts and cries had been noticed by a neighbour, who had texted the pensioner to see if he was OK. After not receiving a response, the neighbour climbed over the fence and spotted the open garage door, then found the unfortunate Pyros inside his car.

The neighbour called 911 and, after what seemed to him like another long wait, firefighters arrived. They freed Pyros by asking him to open the bonnet, then jump-started the engine to restore electrical power.

Pyros said that he was treated at a hospital and released.

Cadillac parent company GM said in a statement that there is a way to manually unlock the doors of a 2006 XLR — a handle on the floor next to each seat.

“Manufacturers provide a way to manually unlock the doors if the vehicle or fob loses power,” it said. “Because this varies by make and model, drivers should review the Door Lock section of their owner’s manual so they will know what to do. 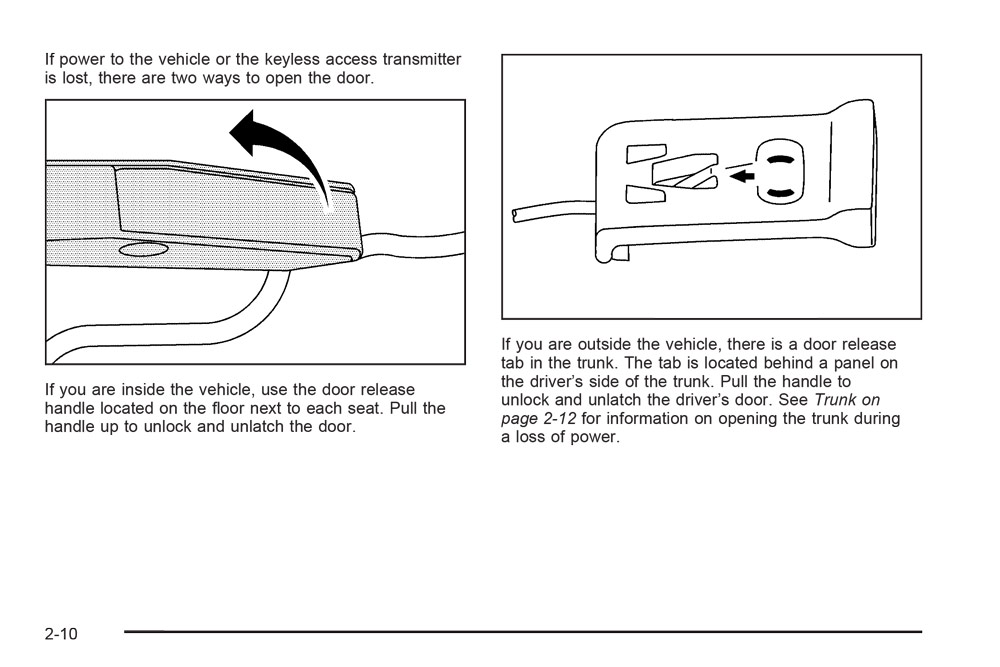 The owners’ manual shows to how to manually open the doors of a Cadillac XLR, should the power fail.

Sure enough, the manual makes this clear but Pyros told the Detroit Free Press that even if he had thought to read the owner’s manual, it was too steamy in the car to see it. Pyros’ lawyers think that page in the manual is insufficient, and they’re looking at ways to take this matter to court, according to the website

During heatwaves, campaigners often warn of the dangers of hot cars. Pets – especially dogs – suffer the most. Research in 2014 by Dogs Trust, the UK’s largest dog welfare charity, showed that more than one in 10 people know of a dog that has come to harm left in a parked car in hot weather.

It seems incredible but children also die in hot cars: 38 per year in America, on average. In fact, the Cadillac XLR’s manual also warns specifically of this danger. 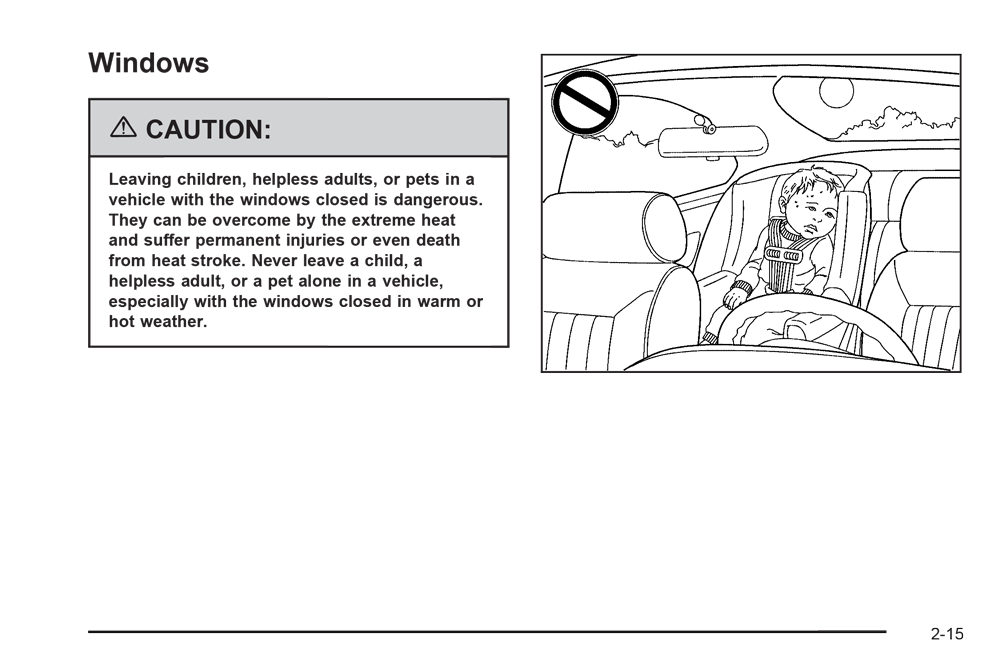 Another page from the 2006 Cadillac XLR’s manual, warning not to leave children, helpless adults and pets in a vehicle with the windows closed.

In the UK, where it’s proportionally cooler, such tragedies are almost unheard of — when approached by Driving.co.uk in 2017, The Royal Society for the Prevention of Accidents was unable to recall any cases.