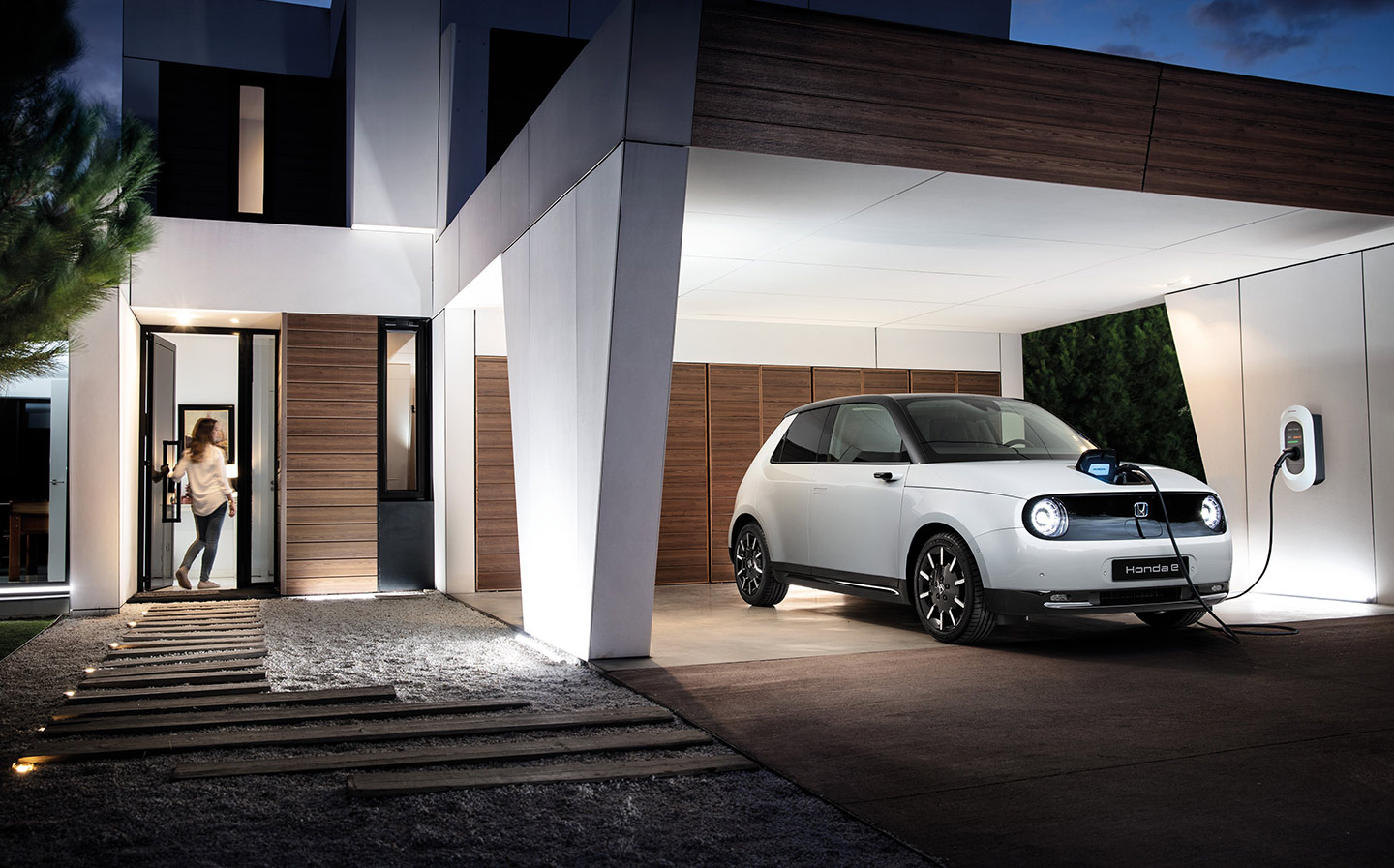 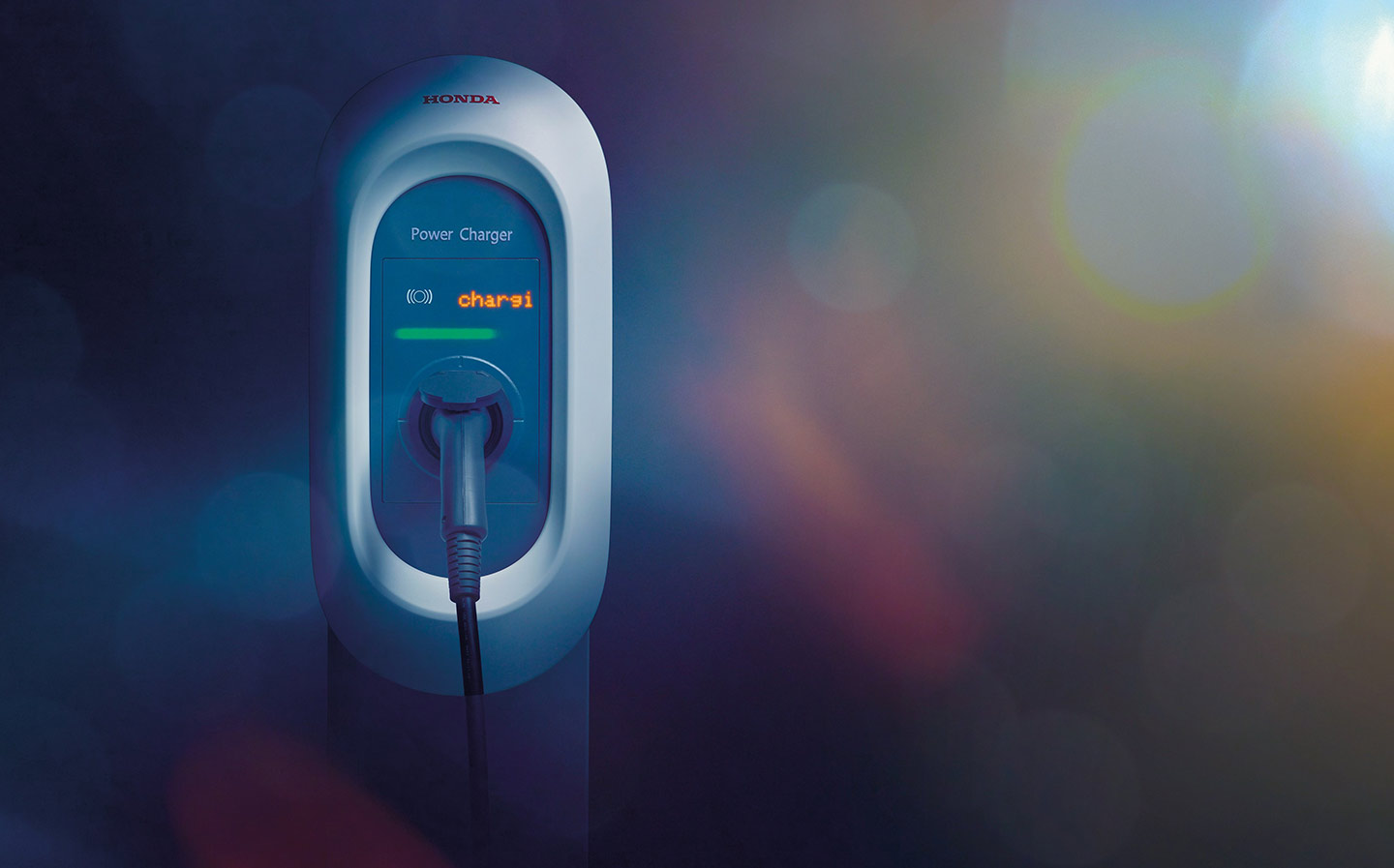 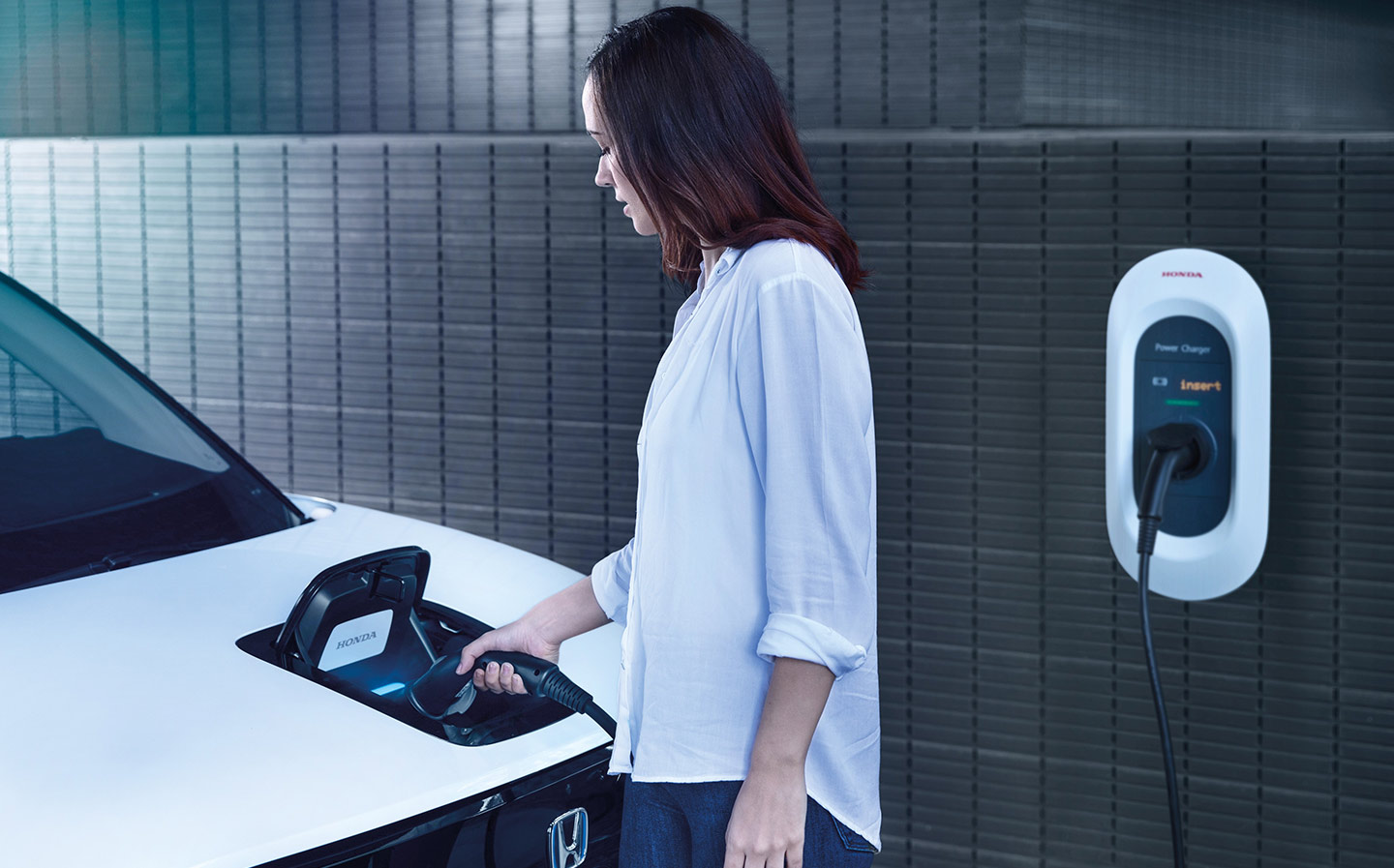 HOW TIMES change. Just a few years ago Honda was a company committed to hybrids in the short term and hydrogen cars in the long term, but with hydrogen still a long way from reality and increasingly challenging emissions regulations to meet, battery-based pure-electric motoring is now a core part of the car maker’s plans.

But it won’t just be making electric cars. Honda is now in the business of energy management, meaning it will also provide electric vehicle drivers with home charging points bundled with a bespoke electricity tariff and a smart energy control system.

The e:Progress service, available from later this year, will be initially for anyone buying the new Honda e electric city car, but in future Honda plans to open the service up to any owner of a compatible electric vehicle.

By signing up, Honda says customers will get a one-stop-shop solution that ensures not only smart home charging hardware, but also software that ensures cars are charged at the least costly times of day – if possible at night, during low demand on the Grid – and also with electricity from the most renewable sources possible, including solar, wind and hydro.

The energy supplier responsible for ensuring that is Vattenfall, which has worked closely with Honda on the holistic service, along with Moixa, a software technology company that developed the battery management platform. Through Moixa’s GridShare ‘smart charge’ system, customers can specify their preferred parameters for minimum state of charge through a smartphone app, leaving the system to manage charging.

While electric car buyers can seek out a good deal on a home wallbox charger and then find an energy supplier with an Economy 7 tariff, which reduces costs during times of low demand, Honda believes its service will be attractive to people looking to take the hassle out of what can be a confusing process.

“Of course, customers that are well into the subject can do a lot themselves,” Jørgen Pluym, Energy Management Project Leader, Honda Motor Europe, told Driving.co.uk. “If it would be only about selecting a charger and having it installed there would be no need. Through our service it will not only be a one-stop-shop and quite convenient, but also I think the unique part is the flexible tariff that we developed together with Vattenfall. That tariff will reduce charging costs from the beginning. These most affordable tariffs are not too easy to find elsewhere.”

Pluym was unable to give exact costs for UK customers but claimed the home chargers themselves could be introduced at close to the cheapest on the market, with a tariff that provides low cost electricity from environmentally-friendly sources.

The home wallbox developed by Honda, Vattenfall, Moixa and charging infrastructure company EV Tech is called the Honda Power Charger. It will charge a Honda e from zero to 100% full using a 32-amp power supply in just over four hours; significantly faster than a standard domestic wall socket.

The e:Progress service will also eventually offer vehicle-to-grid (V2G), which allows energy to flow back from cars into the National Grid at times of high demand. That might sound unattractive to customers at first but with large numbers of cars connected, only small amounts per vehicle would be needed to help balance the Grid. It would also mean the Grid would be reliant on energy from fossil fuels to prevent outages.

Matthew Waite, Department Manager for Honda Motor Europe Energy Management Projects, said: “The Grid must balance the supply and demand within quite close limits because there are no real storage assets on the system. Too much supply or demand would cause system instability, and due to the intermittent nature of renewables, future grid frequency control will become much more difficult.

“However, electric cars also offer an opportunity. There’s great potential to reduce the CO2 on the energy grid by working together with the energy sector to change the shape of the demand curve.”

Waite believes this will have multiple benefits. For the Grid it means the ability to store renewable energy, for example from wind farms on windy days, and customers should see reduced energy costs from a more balanced supply. Increasing the amount of renewable energy in the Grid should also help make electric cars more attractive and therefore accelerate sales, and he believes, make Honda’s relationship with customers closer, via new “touch points”.

Honda’s first V2G project went live in January with the installation of bi-directional chargers for use by Islington Council in London. However, Pluym said that private customers won’t be able to feed back into the grid for another three years, despite the Honda e being “technically capable of discharging” back into the Grid, as it uses a Type 2 charger for which a V2G technical standard has yet to be agreed, and the commercial fine details need to be finalised before it’s brought to market.

Honda hasn’t forgotten that many people don’t have access to off-street parking, which is why it has also been working with charging point company Ubitricity on the rollout of streetlamp-based public chargers. There are presently 1,800 Ubitricity chargers in London, all of which require the purchase of a smart charging cable that is linked to the customer’s home energy supplier. This means that topping up a car’s battery using a public charger can be added to their home energy bill.

Pluym said the unique cables have an added benefit for company car drivers, as the bill can be linked to the employer rather than the individual, meaning any costs go straight to the company.

Honda says its Power Charger will come to market at the same time as the first customer deliveries of the Honda e this summer, with the full e:Progress service live within 2020. The new service will be available in the UK initially, with Germany and other European countries to follow.

All of Honda’s mainstream models in Europe will be electrified by the end of 2022, it says, meaning all its models will have a hybrid or pure-electric option within three years. This is the product roadmap:

– 2018 Introduced the CR-V Hybrid and ended sales of a diesel version. Today, 60% of the SUV’s sales in Europe are hybrid.

– 2020 Launch of the new Jazz and Jazz Crosstar crossover, which are available only as a hybrid from this summer, and the Honda e, the company’s first pure-electric production car.

Honda: now is the right time to embrace electric cars