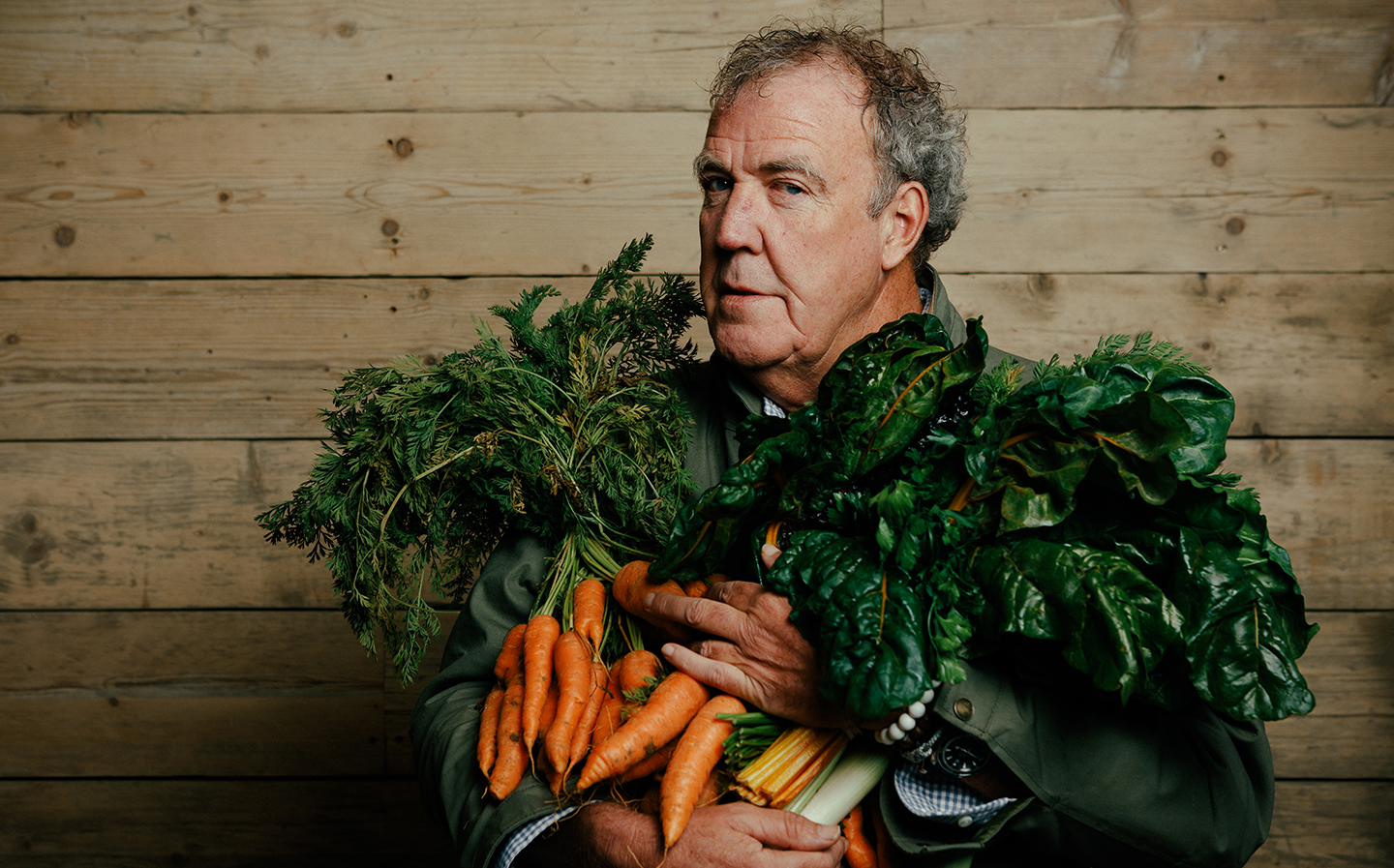 WHAT WOULD the legendary food critic AA Gill have said? Or The Sunday Times’s current chief restaurant reviewer Marina O’Loughlin, for that matter?

Famously unrefined motoring journalist Jeremy Clarkson, having started a farm and opened his own farm shop, has now been asked to provide cooking tips. His ‘plain and simple’ recipes, which appear in tomorrow’s Sunday Times Magazine, are inspired by the unfussy meals cooked for him when he was growing up by his dad.

The back-to-basics culinary ensemble includes lamb chops and new potatoes, pork and pepper pasta, shepherd’s pie and a dish simply called “marrow”. Clarkson has even provided instructions on how to prepare “McVitie’s Dark Chocolate Digestives”, which involves eating the entire packet while drinking a cup of tea.

Writing of his father’s influence on his palate, Clarkson says: “He would rise at six so he could start cooking and I still yearn for some of the things he made. Tripe in a simple milk sauce, especially. And his roasted heart was one of the cornerstones of my childhood.”

The Grand Tour presenter was taken to London restaurants on occasion in his teens, and when his mopther’s business became more successful, they’d visit San Lorenzo in Beauchamp Place and Odin’s, which belonged to Peter Langan. “I didn’t like the food they cooked because it wasn’t plain. It wasn’t simple. It wasn’t tripe in a milk sauce. It wasn’t roast heart.”

He adds: ” When I go out to eat, it’s because I can’t be arsed to do the washing-up. I want exactly what I’d make at home, only without the faff of making it.”

Clarkson reminds us that he has recently started a new website called FoodTribe, based on the DriveTribe social network he started with co-presenters Richard Hammond and James May.  “I’m going to be sharing this quest for simplicity a lot,” he writes. “I may even go further and start turning the stuff I grow on my farm into straightforward food that I can sell in my simple, straightforward, unheated shop.”

Clarkson’s “Squat Shop” at his 1,000-acre Diddly Squat farm, which is the subject of a new TV show for Amazon Prime called I Bought the Farm, opened on February 23 and sells potatoes, “mildly organic” horseradish and “good exercise chicken eggs”, among other fresh produce.

So now you can head there, buy some bits, and knock up one of Clarkson’s plain and simple recipes. Or simply head to Tesco and buy a pack of chocolate digestives. Or not. We’re pretty sure Clarkson isn’t too bothered.

Reproduced with kind permission of The Sunday Times 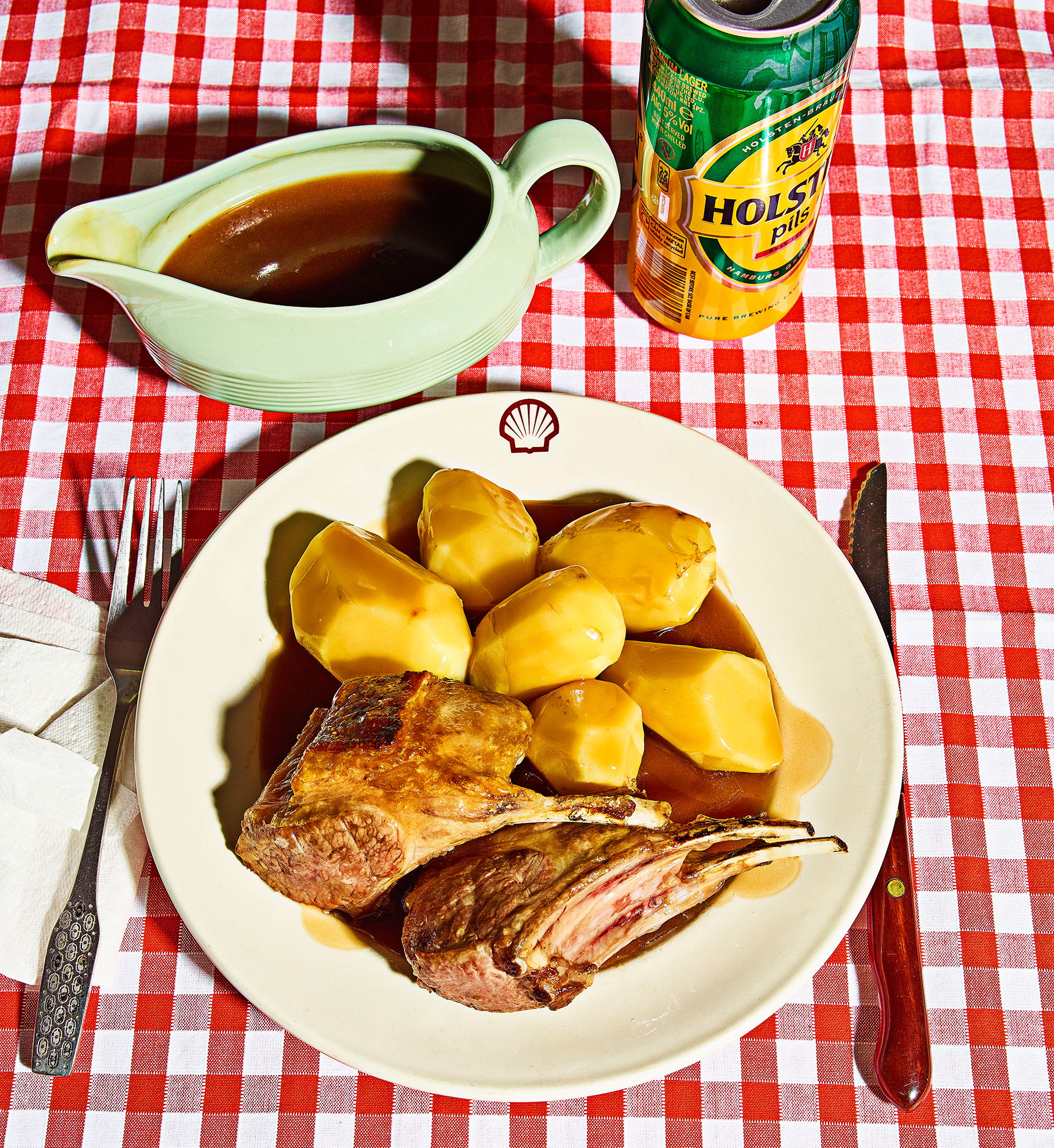 1 Kill a sheep. Remove its chops. Place the chops in the top right-hand oven of your Aga.

2 Call Aga and ask them to send a man round to fix it.

3 Throw away the chops.

4 One month later, after the man has been, kill another sheep and place its chops in the top right-hand oven.

5 Peel the new potatoes. It’s lazy to keep the skins in place and it’s not healthy because the potatoes will have been drenched in glyphosate.

6 Do not be impatient. Wait until the potatoes are properly cooked before draining the water. Put them on a plate and add a knob of butter.

7 Remove the chops from the oven. Realise you should have done that sooner as chops cook faster than potatoes. But put them on the plate anyway and eat.

If you wish, enliven this simple dish by adding three heaped tablespoons of Bisto granules to half a pint of boiling water. Then pour in the fat from the chops so it looks like you made the gravy yourself.

Click here to view the rest of Jeremy Clarkson’s simple recipes on The Times and Sunday Times website. Clarkson will return to the Sunday Times Driving pages next weekend.